What began as a romantic story filled with adventure quickly went from a fairytale to a nightmare. A young Tami Oldham Ashcraft and her fiancé Richard Sharp faced a category four hurricane on a sailboat in the middle of the Pacific Ocean.

Their sailboat miraculously survived the wrath of Hurricane Raymond. Unfortunately, Richard did not survive. Tami found herself adrift and in peril for 41 days fighting to survive at sea.

Tami Oldham Ashcraft And Richard Sharp Were Made For Each Other 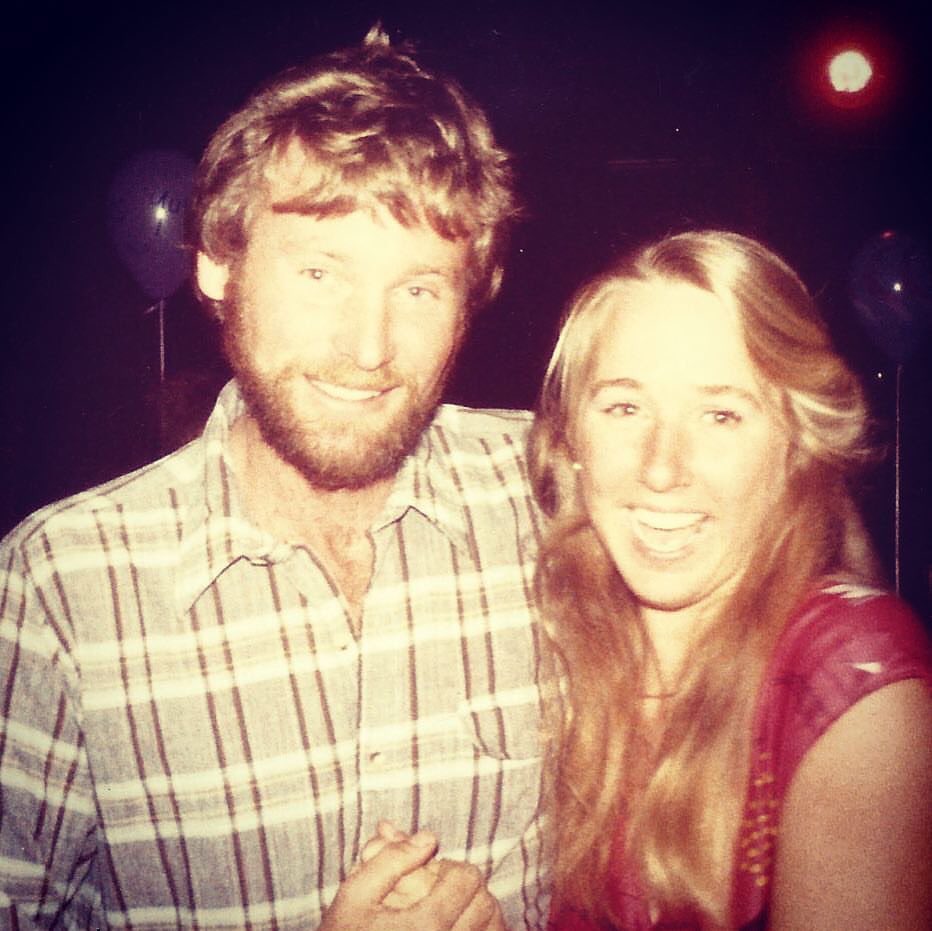 Tami Oldham Ashcraft, 23 at the time, had already spent a great deal of time working at sea. She grew up in California and had a strong affinity for the sea. She met Richard when he was 34, and the couple instantly fell in love.

Charity work had brought this young Californian girl to South Africa, where she met Richard, a sailer from England. The two bonded over their love for the sea and sailing.

Richard had built his sailing boat - the Mayaluga. This impressed Tami and Richard would take her out on his boat, teaching her to sail.

It was on the Mayaluga that Richard and Tami shared some sacred moments of love and adventure. They were officially an item and spent the next six months of pleasure sailing around the world.

The couple was young and in love with their entire lives ahead of them. Their love story seemed to be something out of a great romance novel. They had sailed together in Richards Sailboat from South Africa to Tahiti, where they got engaged.

This was a love story with a heartbreaking ending, as the couple would never see their wedding day. 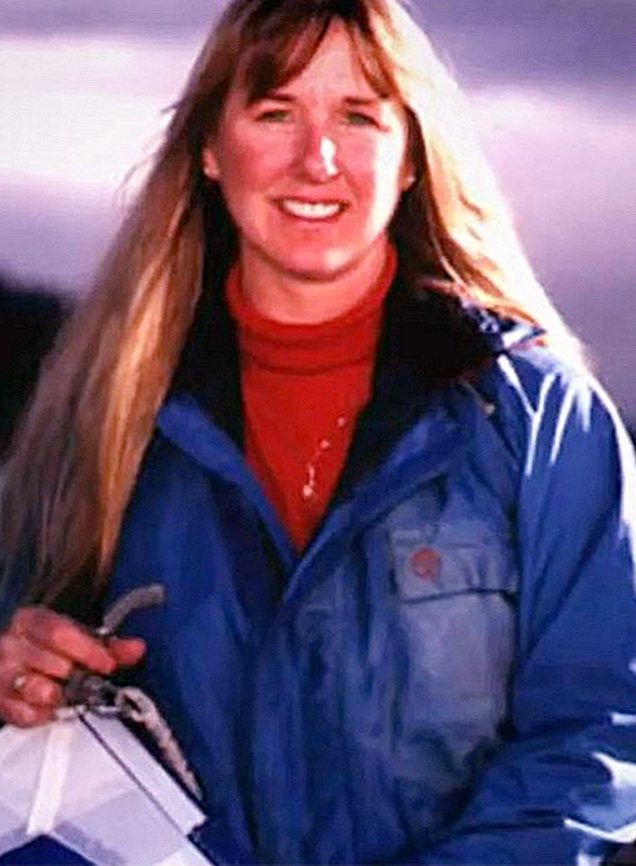 The couple was in Tahiti, where they met with an American couple that also loved to sail. The American couple offered a job to deliver their 44-foot sail yacht - the Hazana - from Tahiti 4000 miles across the Pacific Ocean to its new owners in San Diego.

They accepted the job, eager to go on yet another adventure together. Although it was a long journey, Tami and Richard were confident in their knowledge and skills to safely deliver the Hazana to its new owners in San Diego.

A journey that would have been easy for these experienced sailors turned deadly when the couple got caught in a category four hurricane. 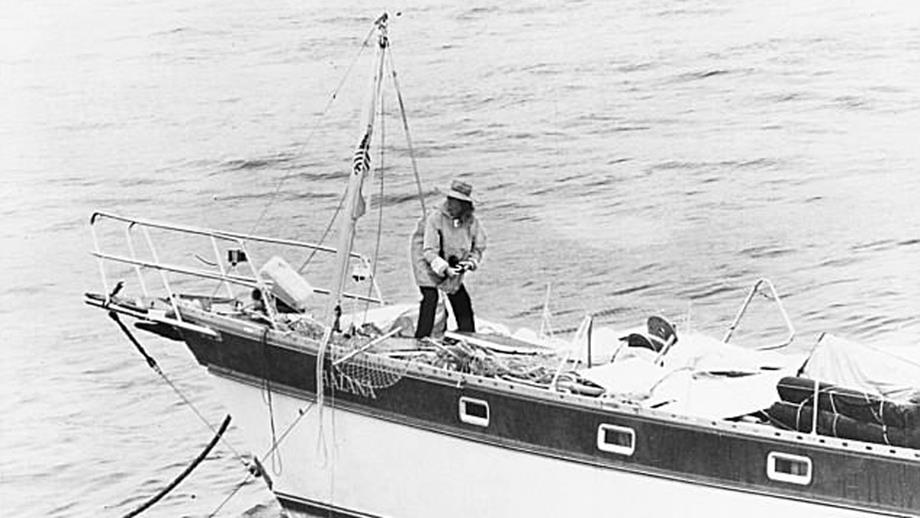 Tami Oldham Ashcraft and Richard Sharp were less than three weeks into their 4000-mile journey when disaster struck in October 1983. A hurricane that was forming in the Pacific was gaining power. It was quickly advancing to a category four hurricane. In an attempt to escape the storm, Tami and Richard tried to outrun the hurricane by sailing North. They had no idea how quickly this tropical storm was advancing into a hurricane and how deadly it was.

Exhausted from fighting Hurricane Raymond, Richard sent Tami below deck to rest. He used a safety line to tether himself to the yacht in the terrifying event he could go overboard. On deck, Richard continued to try to navigate the Hazana through the storm.

Reluctantly Tami went below deck. She had only been down for a few moments when she heard her fiancé scream: Oh My God.

The Hazana had been struck by a mighty wave and capsized. Tami got thrown against a wall in the cabin below deck. She got knocked out for 27 hours. 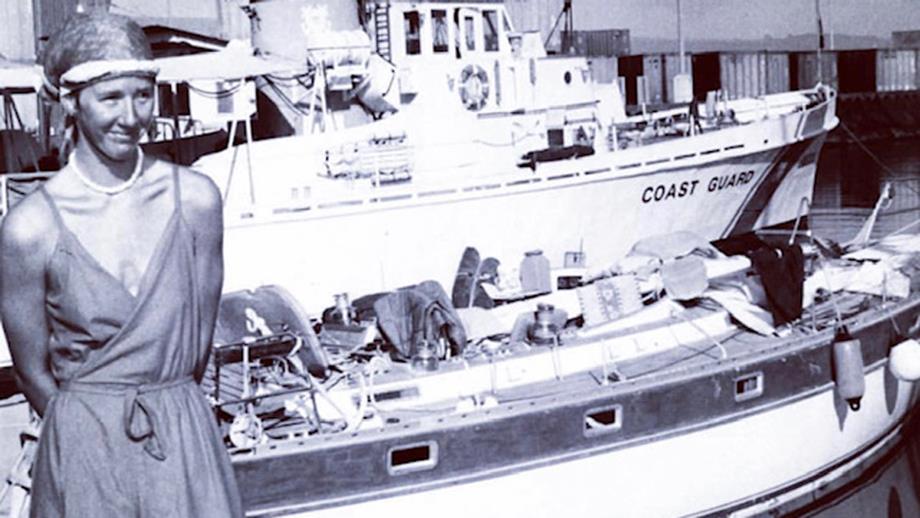 Tami Oldham Ashcraft woke up 27 hours later in the cabin of the Hazana. The cabin filled with water, but by some miracle, the sailing yacht was still afloat. Tami made her way out of the cabin and up onto the deck, ignoring her head injury and other body pains. Once on deck, she screamed out to Richard, but to her horror, he was gone. The hurricane had passed and taken with it the love of her life.

The safety line was still attached to the yacht, but Richard was not on it. He had been thrown overboard and taken away by the might swell of waves that had attempted to engulf the boat.

Tami was stranded on the badly damaged Hazana, alone and adrift at sea. She knew that she needed to act quickly if she would survive and make her way to land. Tami had no time to grieve losing her fiancé or consider the extent of her injuries, as she had a massive gash across her head. Tami went into survival mode.

Hurricane Raymond had left the Hazana extremely damaged and pretty much impossible to sail. When inspecting the wreckage, Tami discovered that the sails, the engine, the navigation system, and the emergency position devices, as well as the radios, were all beyond repair.

Tami Oldham Ashcraft was quick thinking and resourceful. She used a broken pole and storm jib to fashion a sail. She also managed to hand pump the water out of the cabin below deck. She then began to search the drier cabins for supplies to help her survive.

Tami found a sextant and a watch. These two items would be the only tools she would have used to navigate the Hazana to the closest landmass. She calculated this to be the island of Hilo, Hawaii. Using only these two tools, the sun and the stars, Tami started the 1500-mile journey alone to land. She survived off canned fruit and sardines on her long journey.

Alone at sea, she suffered from dehydration, which caused her to hallucinate. Tami recalls hallucinating seeing Richard alive and how this gave her hope and motivated her to keep pushing on. With no navigational systems and a fully functional sail, Tami had to rely on her knowledge of the sea and currents to help sail the Hazana to safety.

After 41 days adrift at sea, the Hazana was spotted by a Japanese research ship just outside the Hilo Harbor in Hawaii. The crew of the research ship came to investigate the wreck, and upon spotting Tami stranded on deck, they towed the Hazana to the harbor. 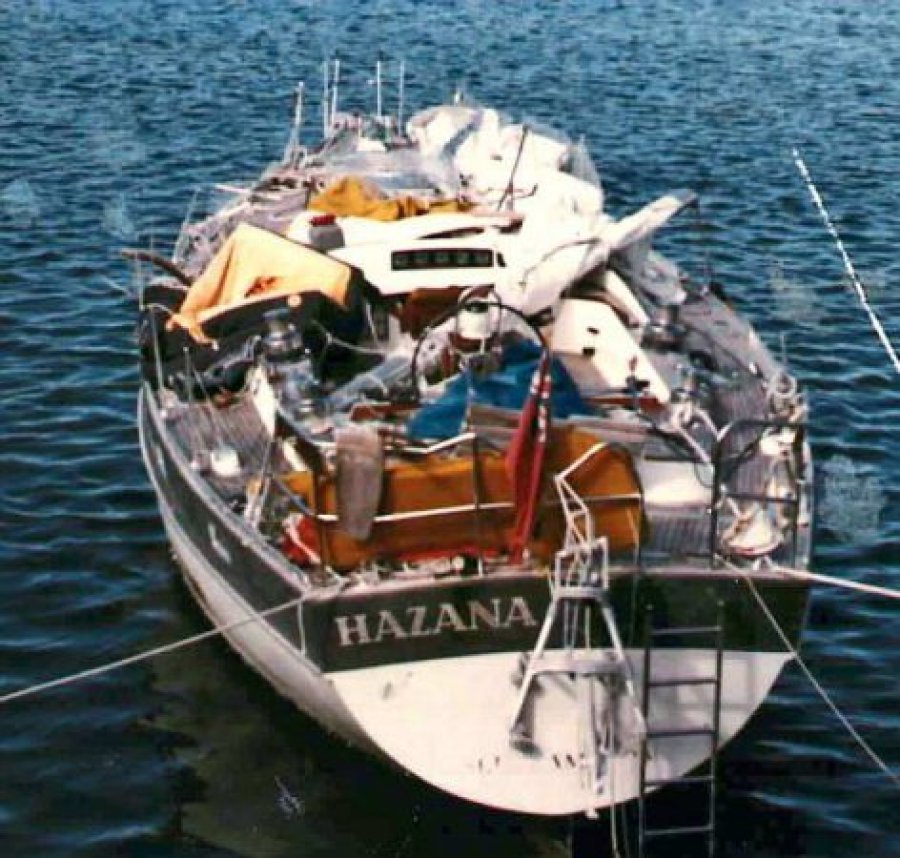 Tami Oldham Ashcraft, at only 23 years old, had spent 41 days adrift at sea. All the odds were stacked against her, and it was a miracle that she had survived not only one of the most fierce storms but also survived being adrift for over a month.

Sadly, Tami Oldham Ashcraft admits she never sought help from a mental professional despite showing obvious severe post-traumatic stress syndrome symptoms. Tami recalls how the shock and trauma of the event only began to register once she had made it to land. She could finally reflect on what she had just gone through and recalls feeling defeated with emotion and grief over losing Richard.

She had suffered a severe head injury when the Hazana had capsized in the hurricane. Tami had been unconscious for 27 hours, but with no medical supplies and a driving force to survive, Tami fought through the pain. Once she had been rescued and found medical help, doctors were shocked to see she had survived such a severe head injury. 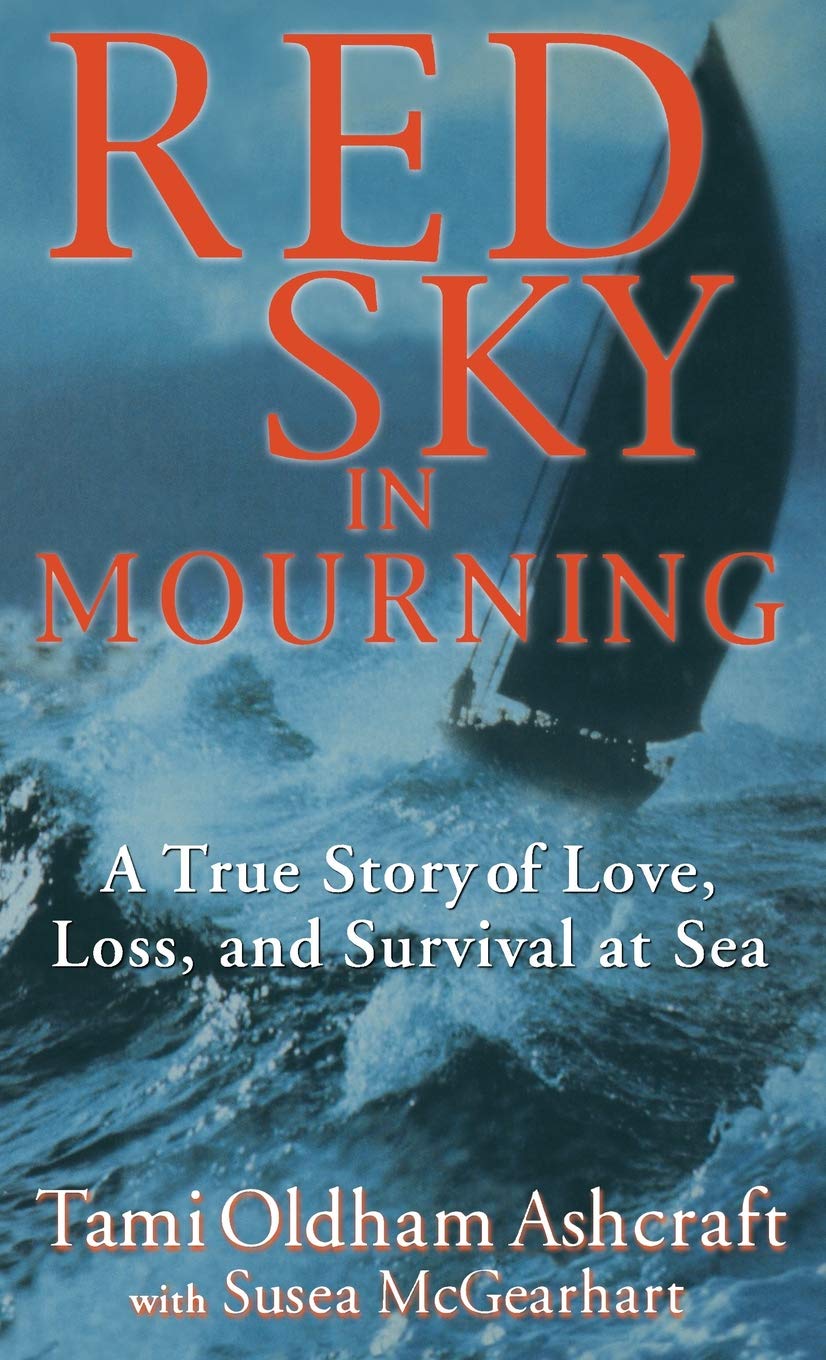 Tami's head injury left her unable to read for six years. Tami recalls how difficult it was to read at that time. She said it felt as though the words were moving on the page or just leaping right off the page at her.

Despite this inability to read, Tami felt that the only way she could handle the grief, trauma, and shock of what she had endured would be to write a book. This is exactly what she did. She wrote the book Red Sky in Mourning: A True Story of Love, Loss, and Survival at Sea.

Tami's book was well received and has reached international audiences. Her book is translated into eight languages and published in fifteen countries. The world was in awe and inspired by Tami Oldham Ashcraft. 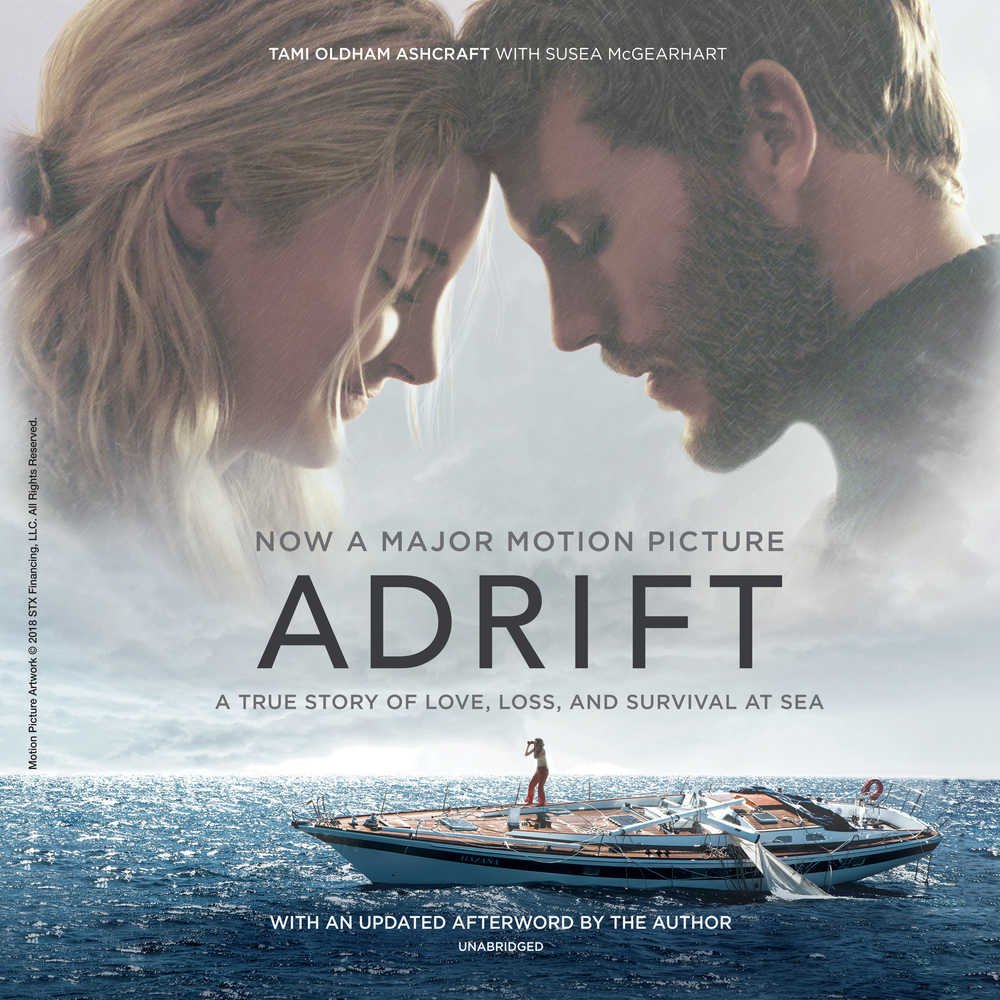 Not long after her book had gained much popularity, it was picked up by Reese Witherspoon's publishing company: Hello Sunshine and made into a film appropriately titled Adrift.

The film has gained much popularity. In interviews, Tami Oldham Ashcraft has said that the parallels between the film and what happened are incredibly accurate. Tami was played by the beautiful Shailene Woodley and her former fiancé Richard Sharp by the dashing Sam Claflin. 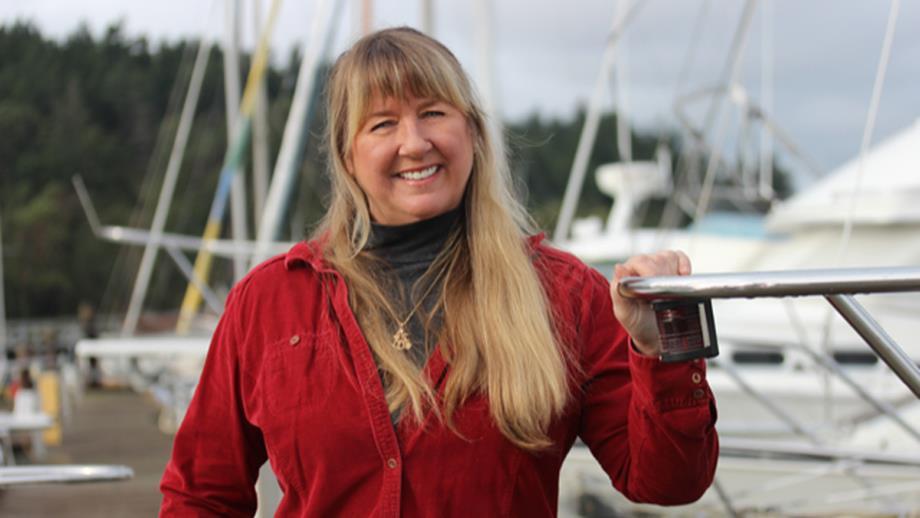 Tami Oldham Ashcraft is a true heroine and a survivor. She took control of her situation and fought for her life. This horrendous and traumatic event did not kill her zest for life or make her fear the ocean.

About 11 years after losing her fiancé and being adrift, Tami found love again. She got married in 1994 and has two daughters.

Tami Oldham Ashcraft and her family live on San Juan Island, off the coast of Washington. She carries the memory of her first love and sailing partner Richard with her every day.

She continues to sail almost every day but now enjoys motor over sail yachts. She says that not everyone in her family is a sailor, so the good middle ground is to take to the sea in motor sailboats.

As a reminder of her journey and how far she has come, Tami wears a tiny sextant pendant encrusted with a diamond around her neck. The pendant reminds Tami of how she made it home and a sextant that saved her life.