Wearing the burqa in public places was a matter of discussion in the past couple of years in Switzerland.

Within the boundaries of Europe, some of Switzerland's neighbors conducted the same debates.
France and Austria have already banned full-face coverings. Then, Belgium, Bulgaria, and Denmark followed in their footsteps too.

Finally, the Swiss had their referendum results for Sunday, March 7. The numbers revealed how the vote had gained a narrow majority of 51%.

In conclusion, this means that people in Switzerland will no longer be allowed to cover their faces completely. At least, not while they're out in public.

Whether they are at a shopping mall or out in the open countryside - they will have to stick to the rules and leave their face revealed.

Moreover, this change will also apply to places of worship and native customs, such as carnivals. 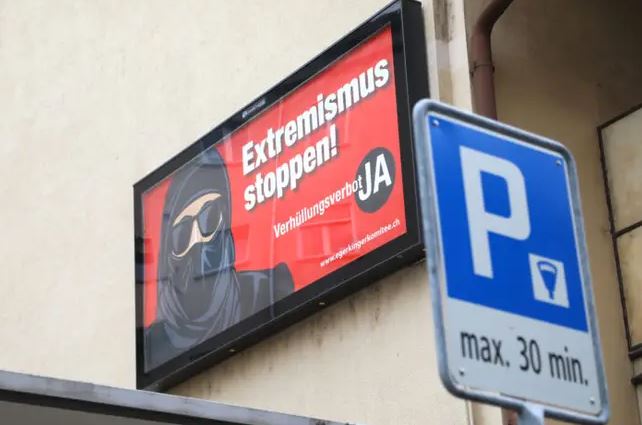 However, there will be some exempts from this legislation.

For example, face coverings worn for health and safety purposes will be accepted without any compromises.

In other words, face masks that people wear to protect themselves against coronavirus spread will still be permitted.

Reading Between The Lines

This proposal doesn't explicitly mention the burqa or niqab. However, it is obvious that the ban is pointed at the Islamic face veils worn by women who follow the Muslim faith.

The Swiss People's Party – a right-wing, populist party that is also the leading faction in parliament – has expressed strong support for this ban.

Moreover, one of the Swiss People's Party's campaign posters displays a caricatured image of an angry woman wearing a niqab. The poster carries the message: Stop Islamic Radicalism.

Further Discussion Of The Matter 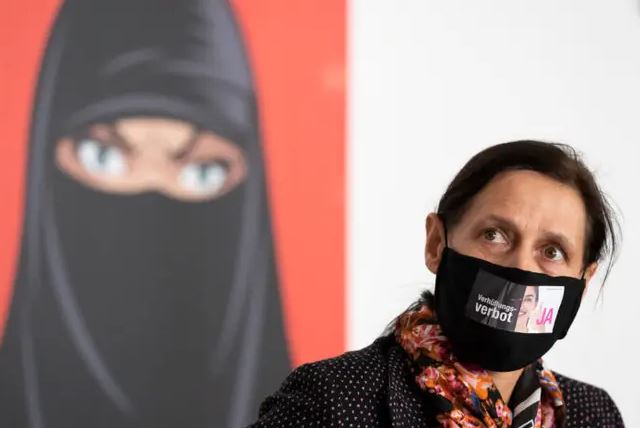 The parliament of Switzerland and the seven-member executive council that constitutes the country's federal government are allegedly opposed to this referendum proposal.

Both sides are arguing that the full facial veils represent a fringe phenomenon.

Instead, these bodies have proposed an initiative by which people would be required to lift their facial coverings. This would have to occur only when confirming their identity to officials.

The most recent study from the University of Lucerne revealed the number of women in Switzerland who wear niqabs. The results varied between 21 to 37.

On the other hand, there was no evidence at all of the women wearing the burqa.

Muslims make up approximately 5% of the Swiss population. This adds up to around 390,000 out of 8.6 million people.