Since the early 1830s, when the first pioneers arrived in the southern region of Wisconsin between Milwaukee and Madison, the Native Winnebago or Ho-Chunk people have spoken of a "sunken village of rock tepees" beneath Rock Lake. 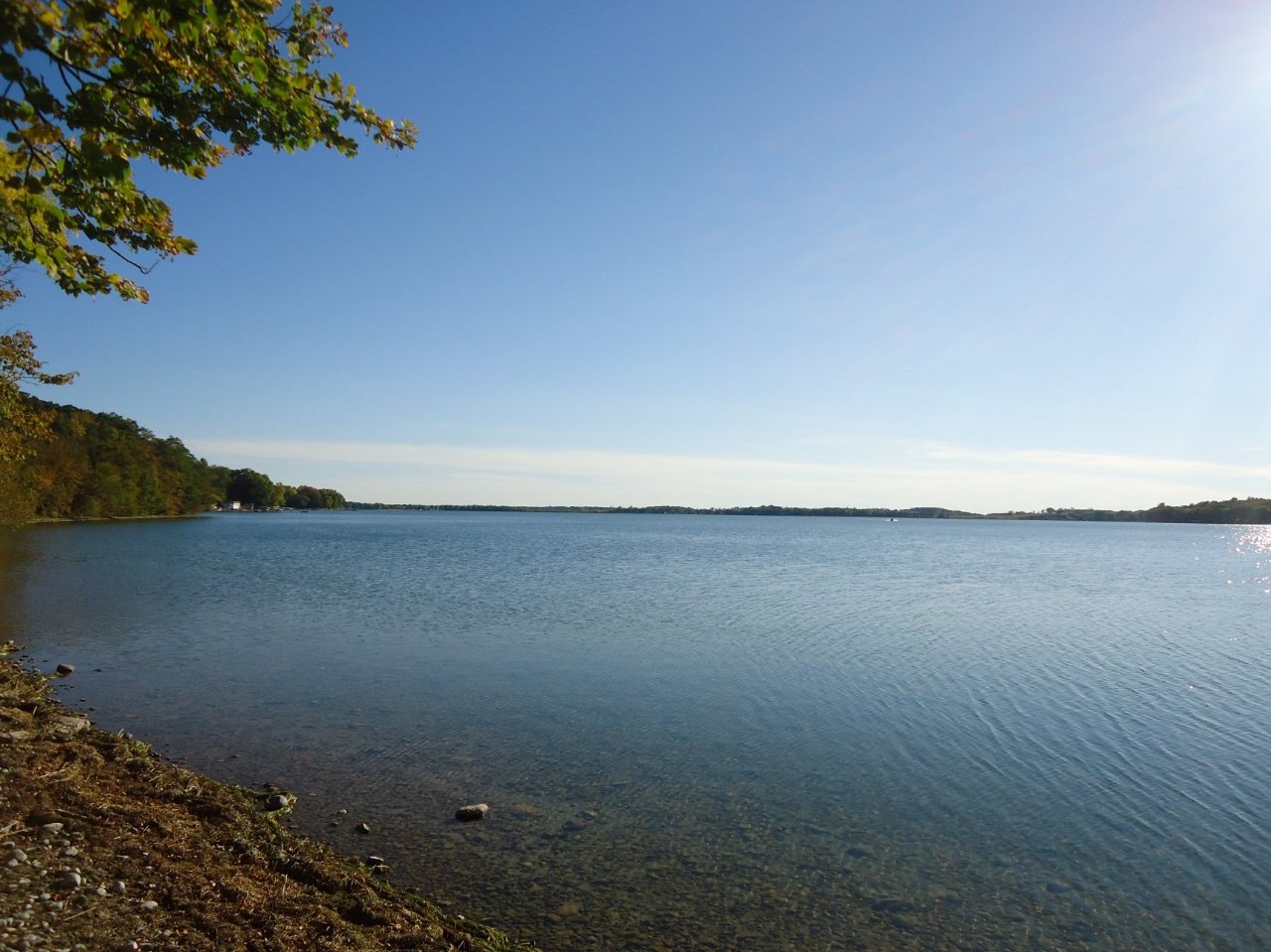 The legend of the sunken village was often dismissed as Indian fiction until the start of the twentieth century when two duck hunters happened to look over the side of their boat during a drought that caused the water to clear.

Since the two duck hunters saw the large pyramidal structure resting beneath the surface of Rock Lake, the existence of the buried construction has been shrouded in dispute. Poor visibility due to pollution and subsurface deterioration have made it difficult to study the structure.

On April 11, 1936, Dr. Fayette Morgan, a local dentist and early civilian pilot in Wisconsin, was the first person to see Rock Lake from above. From the open cockpit of his biplane, flying at 500 feet, he noticed the dark shapes of two rectangular structures on the bottom of the lake near its center.

Dr. Morgan made multiple passes over the lake and observed the regular proportions and enormous size of the structures, which he estimated to be more than 100 feet each.

Excited by this discovery, he landed to refuel and ran home to get his camera before returning to the lake to try to photograph the submerged structures. However, by the time he returned, the light had faded and the monuments were no longer visible beneath the surface of the lake.

Despite numerous attempts, no one was able to photograph or rediscover the submerged structures until 1940, when a local pilot named Armand Vandre and his rear cockpit observer, Elmer Wollin, spotted them again from the air.

As their single-engine plane flew low over the south end of the lake, Vandre and Wollin were surprised to see a massive, perfectly centered triangle structure pointing due north beneath the surface of the water, which was less than twenty feet deep. There were two black circles next to each other towards the peak of the structure.

It is believed that there are at least ten structures beneath the surface of Rock Lake. Skin divers and sonar have mapped and photographed two of them. The first structure, known as Limnatis Pyramid, has a base width of 60 feet, a length of 100 feet, and a height of 18 feet, although only about 10 feet of it rises above the silty muck.

The Limnatis Pyramid is a truncated pyramid made mostly of spherical, black stones, with squarish stones on the truncated top. The remnants of plaster covering are still visible. Vandre and Wollin estimated that each of the delta's equal sides was 300 feet long. There is also a small, narrow buried island located northeast of the triangle, which is approximately 1,500 feet long and 400 feet wide.

One of the most surprising observations was a straight path that runs underwater from the southern shore of the lake to the pinnacle of the buried delta. When Frank Joseph mentioned this to Lloyd Hornbostel, a local geologist, Hornbostel believed that the line might be the remnants of a large stone canal that connected Rock Lake to Aztalan, which is located three miles away.

Aztalan is an archaeological park that covers 21 acres and includes a stockaded wall that partially encloses the Pyramids of the Sun and Moon, which are two clay temple mounds. At its peak in the late 13th century, the ceremonial center was twice as large and had three circular walls with watchtowers enclosing a group of three pyramidal earthworks, each topped with a wooden shrine.

Aztalan was part of the Upper Mississippian Culture, which flourished throughout the American Midwest and into the South beginning around 1,100 AD. Carbon-dating experiments have indicated that the culture has roots dating back to the 3rd century BC.

At its peak, Aztalan had a population of 20,000 people who lived on both sides of the walls. The community was led by astronomer-priests who used the pyramids to accurately predict several astronomical events, including the winter solstice, moon phases, and Venus locations.

According to surviving Winnebago oral tradition, the Aztalaners mysteriously set fire to their city around the year 1320 and abandoned its burning walls, retreating far to the south. This event happened to coincide with the sudden rise of the Aztec state in the Valley of Mexico. 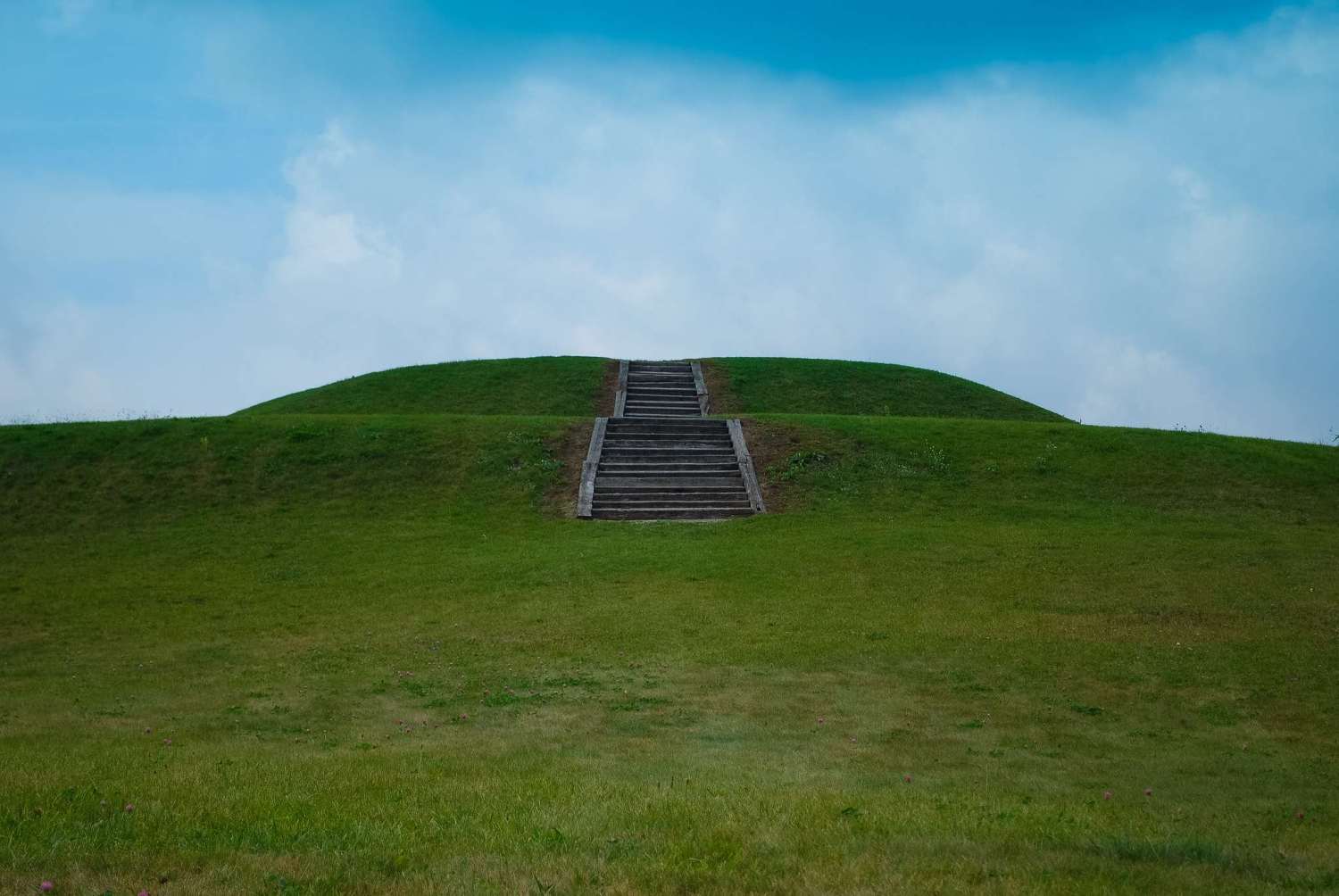 The discovery of submerged buildings in Rock Lake may be a hint of a much larger discovery to come when we finally turn our attention to the sea and explore its depths for the lost civilization of Atlantis.

According to Frank Joseph, Rock Lake is significant for its buried stone structures, which are pyramidal burial mounds of men who worked in Michigan's Upper Peninsula copper mines from 3000 BC to 1200 BC. It is believed that these mines were most likely dug and controlled by Atlantean engineers, and therefore some of the underwater tombs may contain the remains of Atlantean laborers.