A Subway worker falls asleep and slumps her head face-first into the sandwich she's making.

The Subway worker was filmed dozing off before landing face-first into a sandwich she was preparing for a customer.

A customer filmed the incident at a Subway store in Chicago and then shared the video on TikTok.

In the caption, the TikToker wrote:

And the caption on top of the video reads:

"This lady fell asleep on my sandwich." 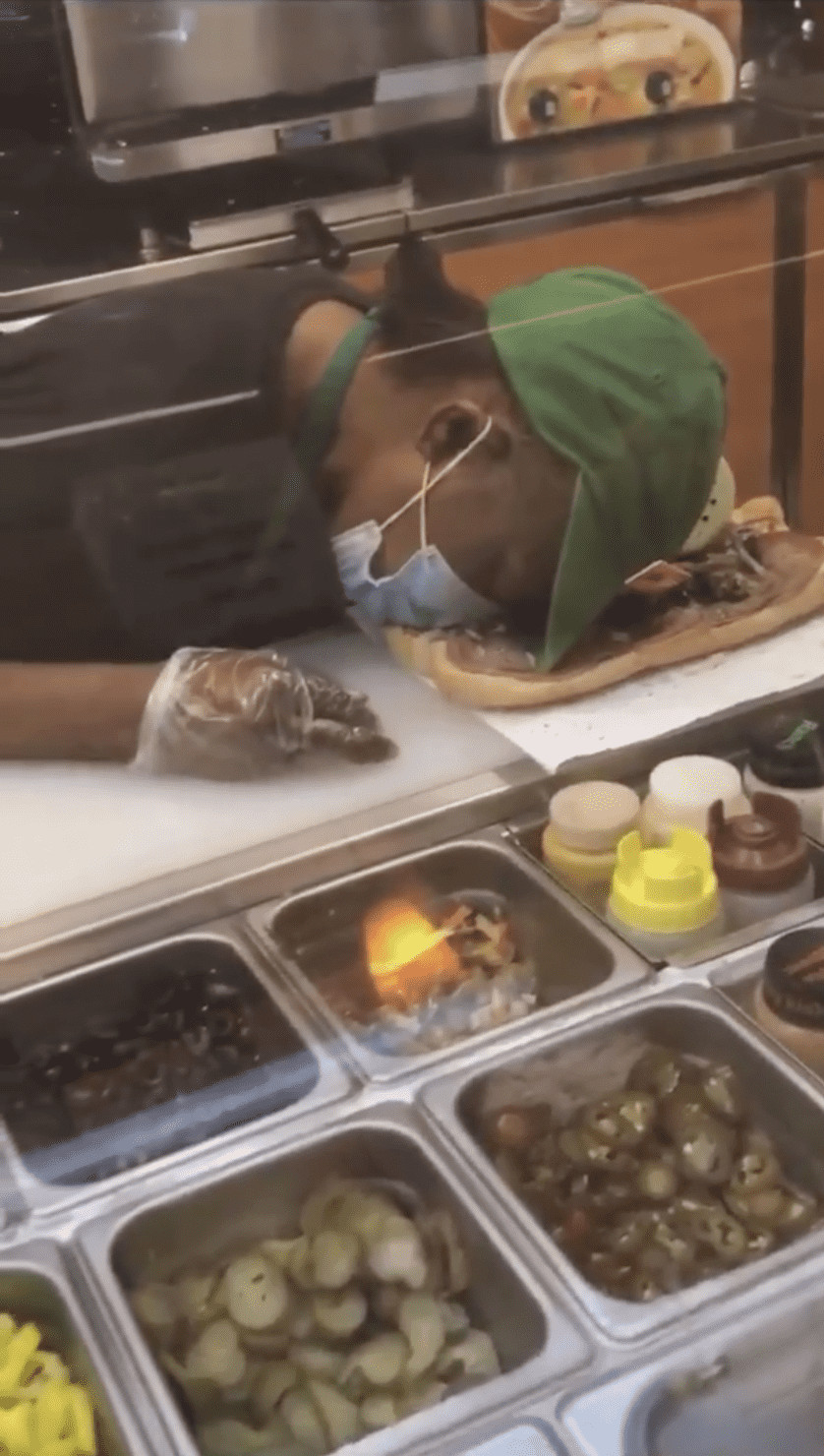 The video has gone viral, racking up more than 13 million views and over 1 million likes on TikTok only.

In the clip, the female fast-food worker prepares a footlong sandwich for a customer as soothing music plays in the background.

As she sprinkles a topping from a container onto the sandwich, her hand stops halfway down the bread roll. 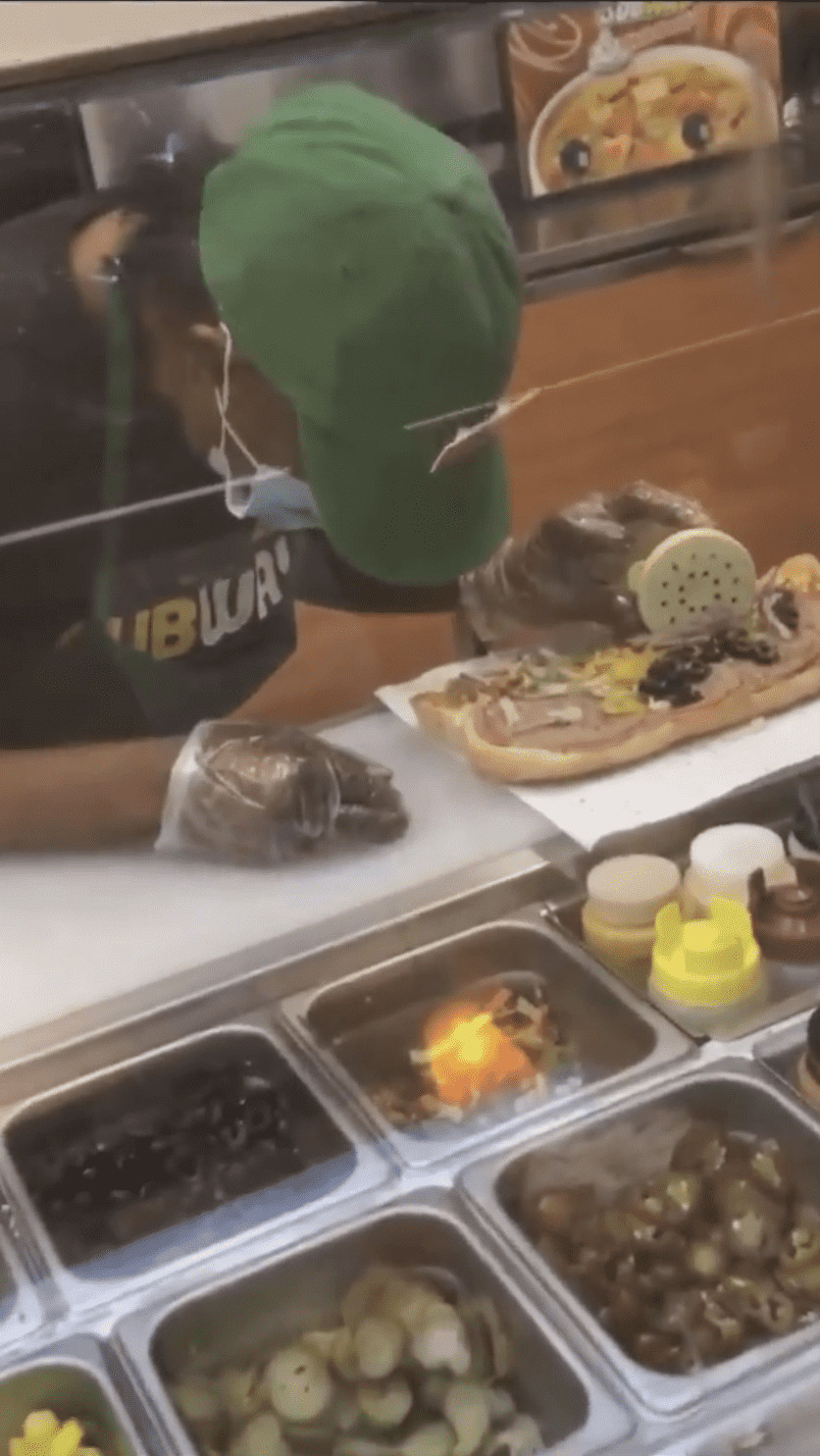 She then slowly begins to slump forward while still standing up, and her face gets closer and closer to the counter.

Her Subway hat touches the sandwich first, and then her face, which is covered in a face mask.

The worker appears to have dozed off on the food, completely oblivious to the customer waiting on the other side of the counter.

After watching the clip, many users described it as 'heartbreaking,' expressing concerns about how hard employers are on customer service workers.

"This is actually really sad. I can't imagine how underslept she is. Not to mention the wage people get paid at Subway… She deserves better."

"Poor thing… Can't imagine how underslept she is. We're too hard on service workers."

"This is so sad. She needs a day off. [You] can tell she's overworked."

According to Business Insider, the average hourly wage of a Subway worker was between $8 and $9 last year.

And despite being 'essential workers, ' fast-food employees are still going underpaid, according to the Californian Paper.

Influencers who came across the TikTok video of the Subway employee dosing off also shared their thoughts.

"Man, this is more heartbreaking than anything. I hope she's ok."

However, other netizens saw the funny side of the clip.

"You said you wanted everything on it?"

"I would have jumped over the counter and made it myself."

Meanwhile, some users speculated that the Subway worker was under the influence of drugs while on the job. Some even slammed the TikToker for filming her at her 'lowest.'

"Looks like a drug-induced nod. I sure hope it's not."

But the user who posted the video later responded, writing:

"Can y'all [please] stop with the negative comments! The lady woke up after the video ended. She is fine. She [just] needs to not do drugs before work."