Erin Clark, from Edinburgh, was looking for a place to stay while studying in Paris. She got an offer you can't refuse: to live rent-free in one of the most expensive cities in the world. However, there was a "minor" condition.

Erin took to social media since she wasn't finding any suitable place. When a guy named Francis appeared, she was ecstatic. The offer was too good to be true because, in fact, it was. 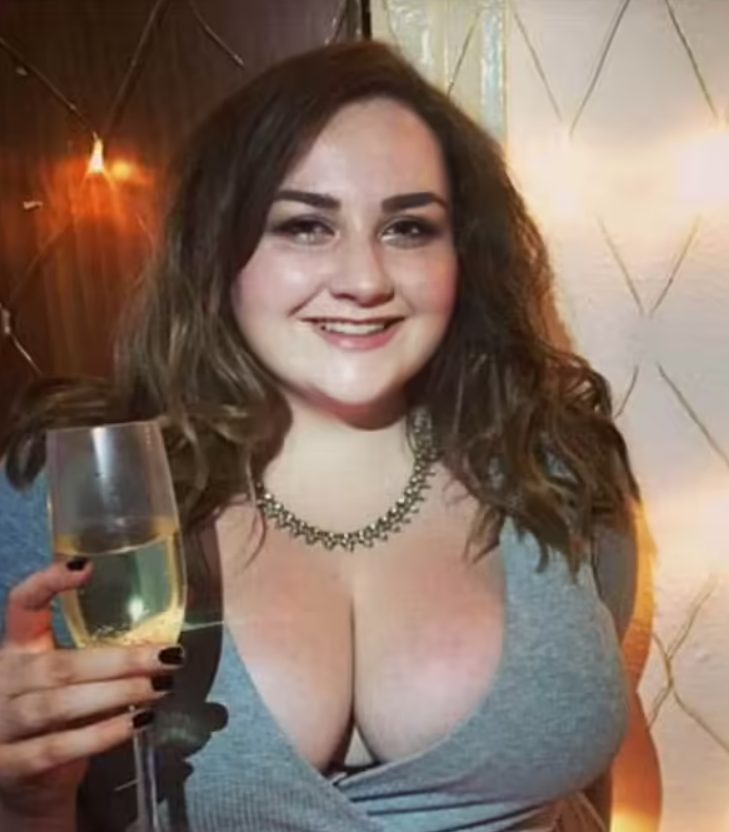 The offer stated that Erin (pictured) didn't have to pay a dime. Yet, Francis had certain conditions, as he called them.

The student shared their conversation, which, at some point took a weird turn. Then it got a bit creepy, but we'll get to that. 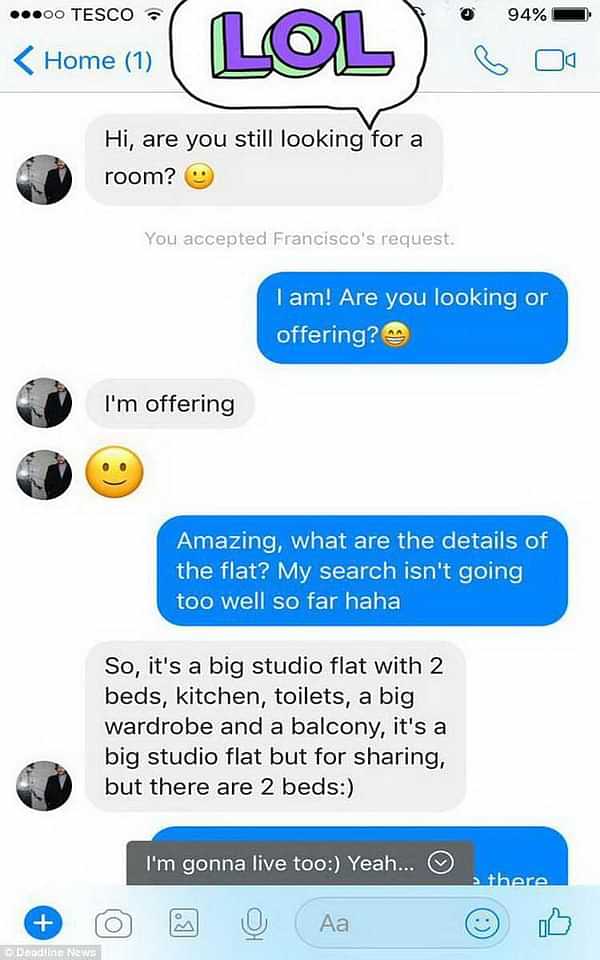 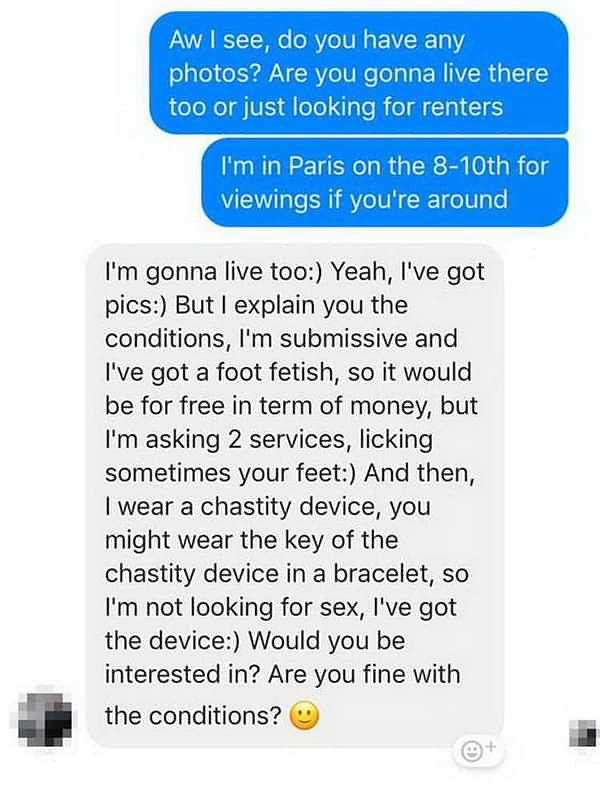 We told you there is no such thing as a free lunch. At least the man in question told Erin his conditions, and it was take it or leave it.

Then, he sent her another message, with the photo of his belt and a promise that she will keep the key. 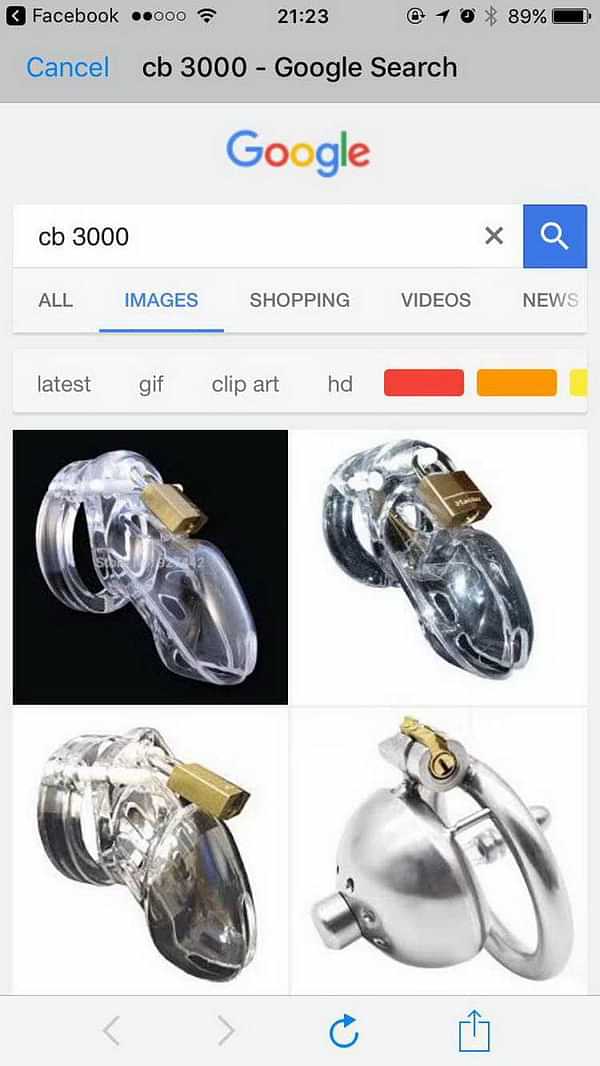 Erin was both amused and desperate. She posted the photo adding:

"Flat hunting in Paris is going really well thanks for asking!" 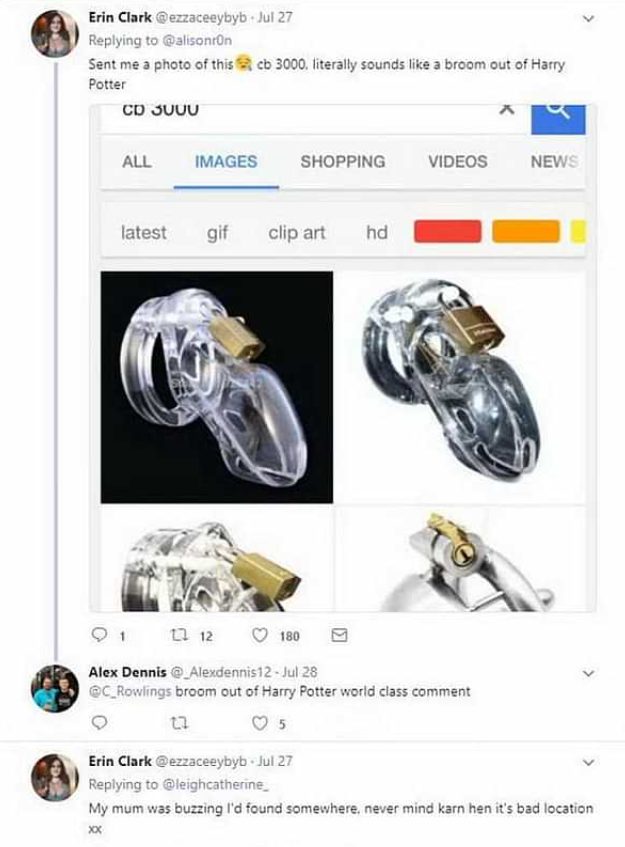 "I thought it was like so convenient and almost too perfect when he was offering a room. I told my mom I'd finally found somewhere and then received the foot massage and had to tell her it was like a bad area and not suitable."

The story went viral and people had a laugh.

The conversation sparked many laughs, though it's not fair to say that the man wasn't open about his desires and fetishes.

"Free accommodation in Paris to let someone lick yr feet and wear a key, shouldn't be so choosy."

"All I'm reading is that you're being offered a free flat in Paris."

Jake-laughton was a bit more descriptive:

"Fair deal that. Bet it's expensive in the capital, sea daft to turn that down. And gets a free foot tongue scrub." 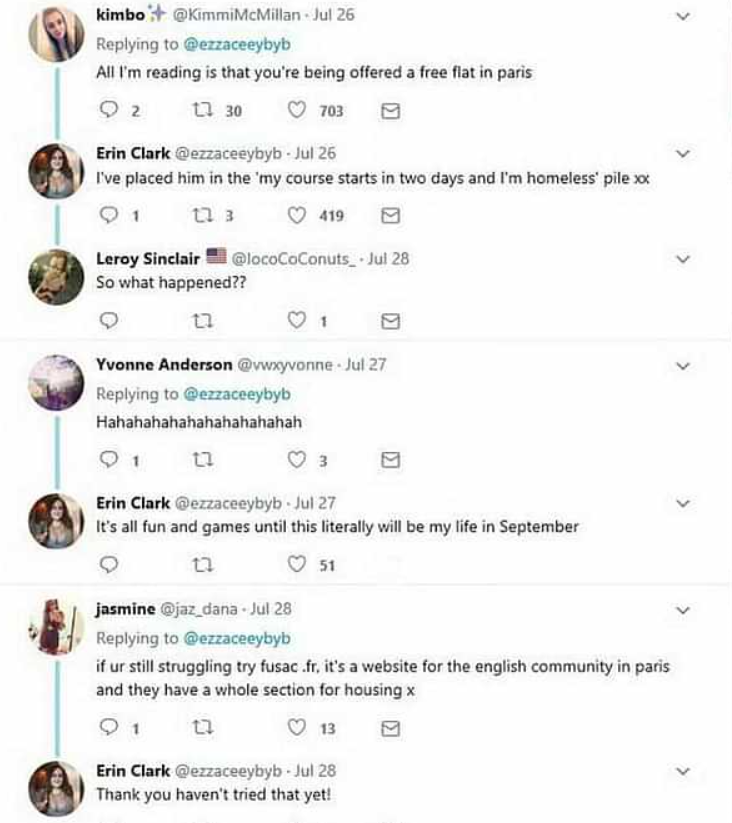 We hope that both Erin and Francis find what they are looking for. Clearly, not with each other!