Many social media users showed their sympathy towards a young man who broke down on camera after he was scheduled to do an 8-hour shift over a weekend.

Even though some people are sorry about the man's predicament, some don't understand what he is crying about. These people believe the guy should focus on working hard just like everybody else.

The barista posted a video in which he was crying on camera over the demanding work hours.

He also talked about the management issues at the company and the reality of dealing with rude customers. However, people focused on his comments about their schedule. The barista is also a student, and he revealed that, after a 25-hour work week, 8 hours over the weekend was just too much.

The video was shared on Twitter, and he said:

"I'm a full-time student, I get scheduled for 25 hours a week. And then on weekends, they scheduled me the entire day, open to close, that one's scheduled for eight and half hours, both Saturday and Sunday."

Trans Barrister has meltdown because 8 hours is too long to work on a day... pic.twitter.com/IfVSzZ4G0w

"I'm three and a half hours into my shift. There are so many customers and we have four people on the floor all day. Only five people were put on the schedule and somebody had to call out."

According to the Starbucks employee, the manager doesn't care about the employees and has no intention of helping them. He also explained that the manager had taken themselves off the shift because he did not want to come in.

Wow, you are so brave for bullying a young service worker 🙄

The young man also complained about the rude customers who were misgendering them. He pointed out that he did not get any consideration for being neurodivergent.

Apparently, people were getting angry at him for having too much sick time:

"I don't even know what to do anymore, I'm at my wits end with this job."

Education in the US is not cheap, and most students have to do part-time jobs to support themselves.

Many people sympathized with the Starbucks employee pointing out that in addition to school, the student would end up having a 70-hour week.

Someone claimed that the worker was crying due to understaffing and having to work two weekend days in a row. According to this person, the fact that the manager was not doing anything about the situation also made the worker cry.

Such scenarios are common in coffee shops, and to some degree, the commenter felt that this was a form of exploitation.

This is why everyone hates the older generation because y’all will say you want the best for our generations and then when we want it to be better y’all whine about how you had it worse and essentially say we deserve the same. I will never understand why you wouldn’t want better.

Someone also said that those defending bad work in the comment section were also victims of abuse.

A fourth person, who was critical of those attacking the barista, added:

"This is why everyone hates the older generation because y'all will say you want the best for our generations and then when we want it to be better y'all whine about how you had it worse and essentially say we deserve the same. I will never understand why you wouldn't want better." 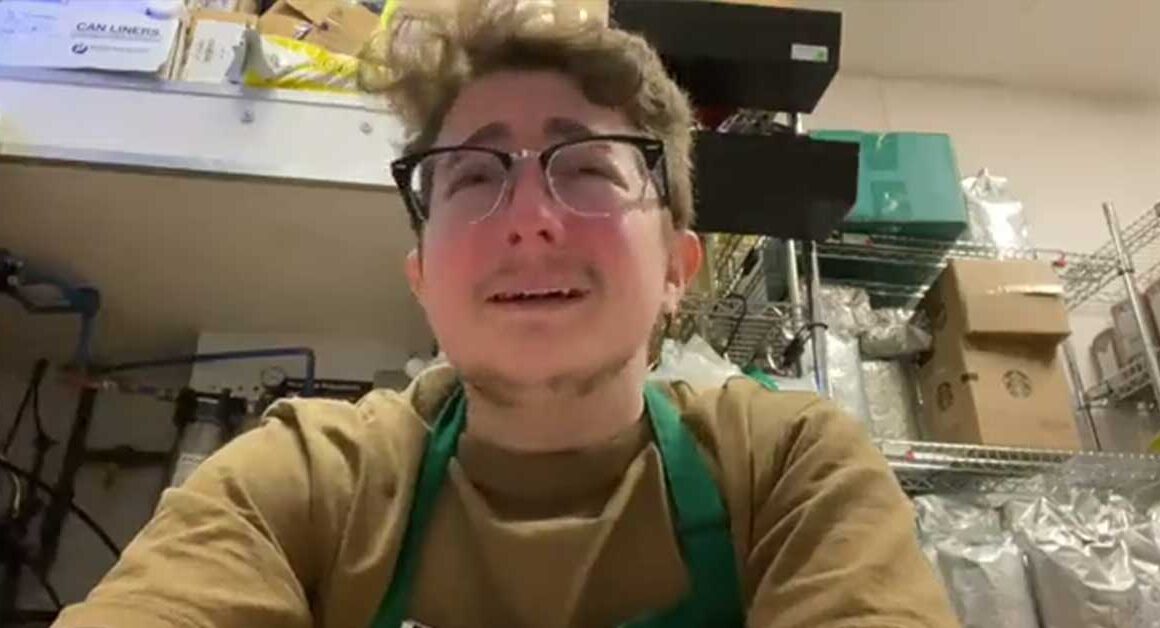 Others decided to focus on the poster's embarrassing typo.

Only days earlier, another viral video about a worker who had decided to quit their job at McDonald's was doing its rounds on the web. The worker had been asked to do some washing.

A barrister is an attorney you absolute assclown