Dr. John Irving Bentley's body was discovered in December 1966 in Pennsylvania, next to the electricity meter of his home. Only his leg and foot, still wearing a slipper, were found. The rest of his body had been burned to ashes, and the only evidence of the fire was a hole in the bathroom floor. The rest of the house remained intact. 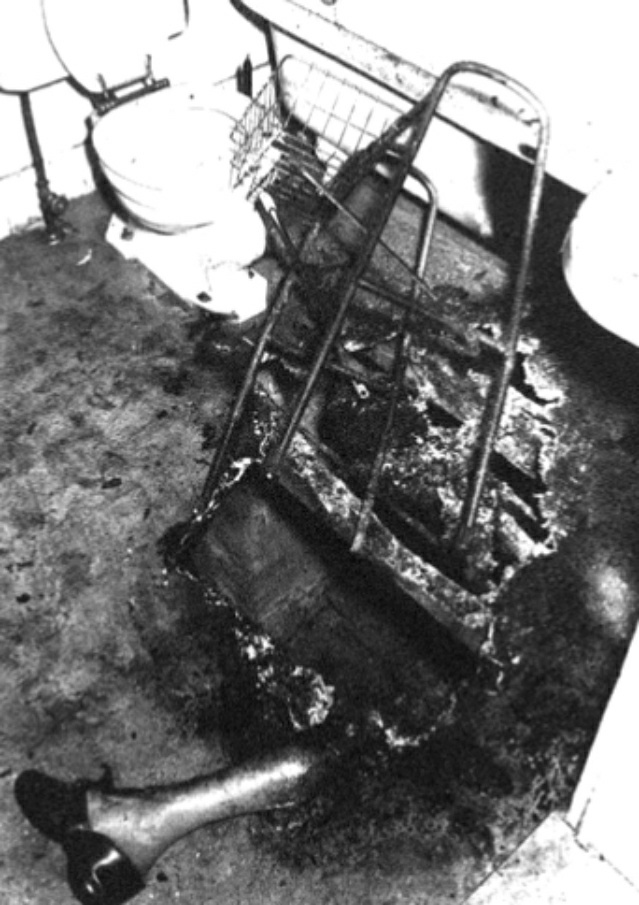 The phenomenon of Spontaneous Human Combustion (SHC) has been labeled as such due to cases like that of Dr. Bentley, where a person's body catches fire without any apparent source of spark or flame, and burns down without spreading to anything around them. This phenomenon has been observed in hundreds of cases, and often the victims are burned almost completely, yet the surrounding area or their clothes remain untouched.

The phenomenon of Spontaneous Human Combustion (SHC) is a topic of debate, with some individuals believing it to be a real occurrence and others dismissing it as unlikely. While some people claim that humans can spontaneously catch fire, the majority of scientists are skeptical of the existence of SHC.

What Is Spontaneous Human Combustion? 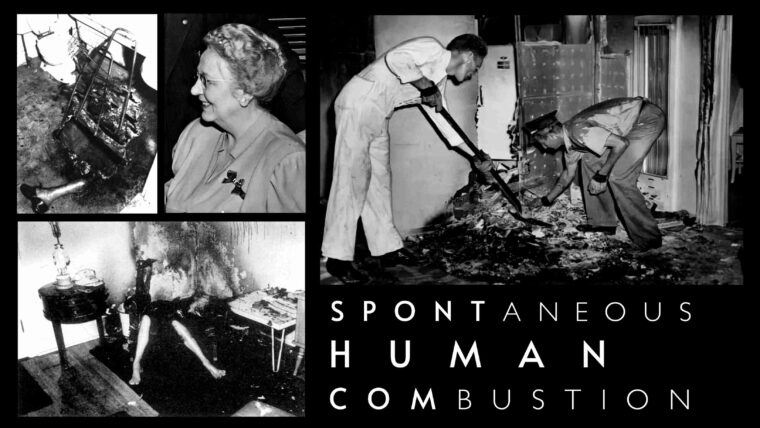 Spontaneous Combustion is a phenomenon in which a person catches fire due to an internal chemical reaction, without an external source of heat. Specifically, Spontaneous Human Combustion (SHC) refers to the combustion of a living or recently deceased human body without an obvious external source of ignition. Despite being extensively studied, the exact cause of this phenomenon remains an unsolved mystery in the medical field.

The History Of Spontaneous Human Combustion

The phenomenon of Spontaneous Human Combustion (SHC) has been a topic of debate for centuries, with some believing that it is possible for humans to ignite without an external source of heat, and others dismissing the idea. The first recorded instance of SHC was documented by Danish anatomist and mathematician Thomas Bartholin in 1663, in his book "Historiarum Anatomicarum Rariorum", which cataloged unusual medical occurrences.

In his book, "Historiarum Anatomicarum Rariorum", Thomas Bartholin described the death of an Italian knight named Polonus Vorstius, who allegedly burst into flames and was reduced to ashes and smoke while asleep at her home in Milan in 1470. According to the account, the straw mattress on which she slept was not damaged by fire. 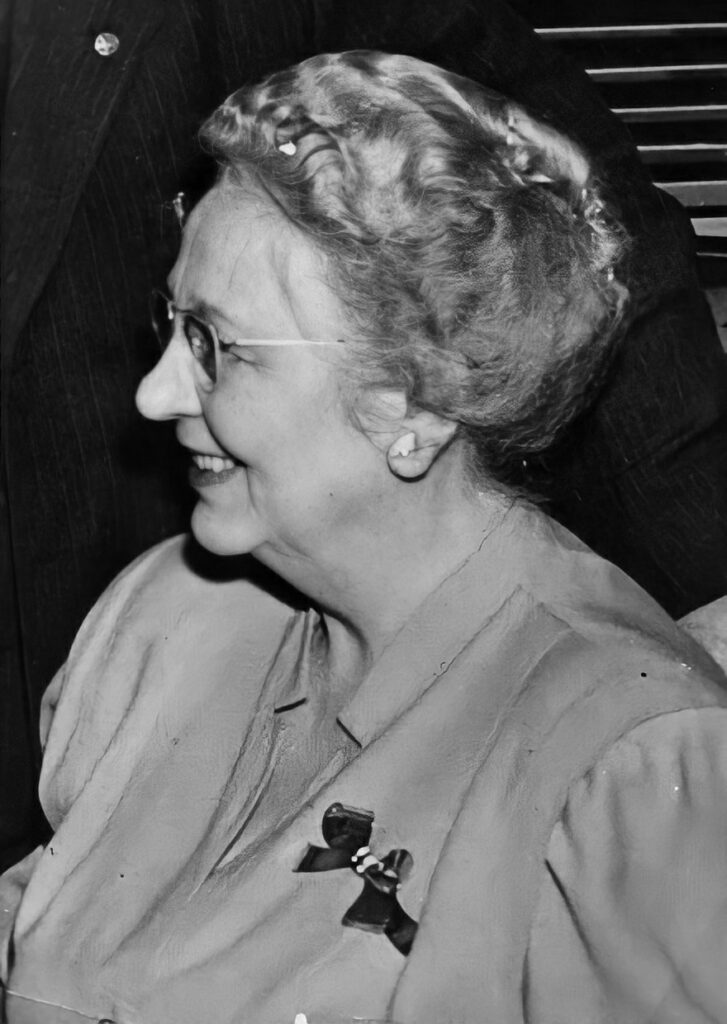 Some notable examples of Spontaneous Human Combustion (SHC) include:

On July 2nd, 1951, police discovered the body of Mary Reeser almost completely cremated. Despite her body being reduced to ash, with only one leg remaining, the area where she had been sitting and the rest of the apartment remained relatively undamaged. Her chair had also been destroyed, and detectives measured her remains to be at a temperature of around 3,500°F. While some theories suggest that Reeser may have spontaneously combusted, her death remains unsolved. 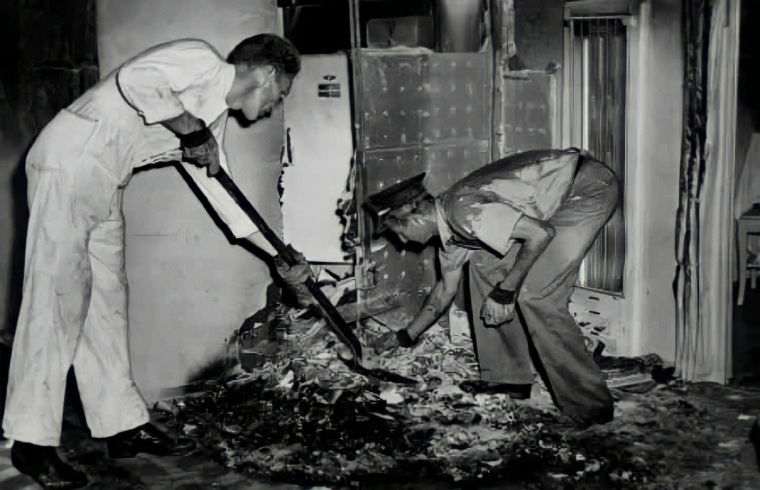 On March 28th, 1970, Margaret Hogan, an 89-year-old widow who lived alone in a house in Dublin, Ireland, was found burned almost to the point of complete destruction. Despite her body being severely burned, the surrounding area remained relatively untouched. Her two feet and both legs from below the knees were undamaged. An inquest held on April 3rd, 1970 recorded her death by burning, and listed the cause of the fire as "unknown."

On September 15th, 1982, Jeannie Saffin reportedly burst into flames while sitting on a chair. Her father, who was present at the time, reported seeing a flash of light come from the corners of her eyes and hands before she was engulfed in flames. He also stated that she did not cry out or move during the incident. 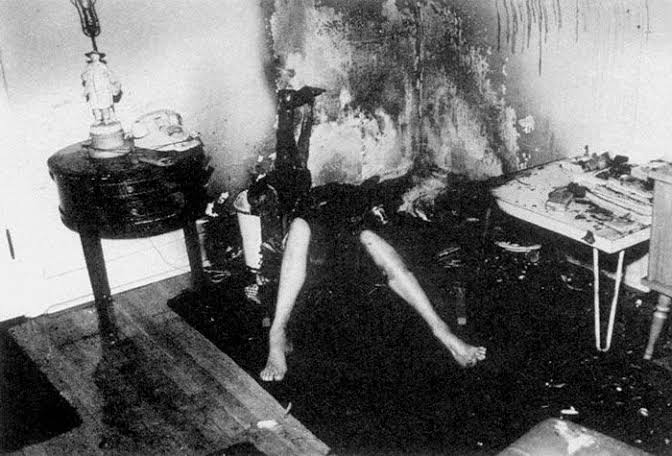 Despite an investigation, police were unable to find a clear cause for Jeannie's combustion. No signs of burning were found in the house except on Jeannie's body. Her death remains unexplained.

Over the centuries, hundreds of cases of Spontaneous Combustion (SHC) have been reported, with a common feature among them is that the victim is almost completely consumed by flames, typically within their residence. Additionally, medical examiners present at the scene often reported smelling sweet smoke in the rooms where the events occurred.

A distinctive feature of charred bodies resulting from Spontaneous Human Combustion (SHC) is that the extremities often remain unburned. While the torso and head are typically charred beyond recognition, the hands, feet, and parts of the legs may show little or no signs of burning. Additionally, the surrounding room generally shows little or no evidence of fire, other than a small residue left on furniture or walls.

In rare instances, victims of spontaneous human combustion may have untouched internal organs while the exterior is charred. Some victims may also exhibit strange burns or emit smoke without an apparent cause. While many individuals die from spontaneous combustion, a small percentage have been known to survive.

Scientists have proposed various theories to explain spontaneous human combustion over the centuries, as the human body typically lacks the necessary intense heat and flammable substances to ignite.

In the 19th century, Charles Dickens brought significant attention to the phenomenon of spontaneous human combustion. One theory that gained popularity suggests that methane accumulation in the intestines, ignited by enzymes, is responsible for the fire. However, many victims of spontaneous human combustion exhibit more damage on the exterior of the body than the interior, which contradicts this theory.

Other theories propose that spontaneous human combustion could be caused by a buildup of static electricity within the body, or by an external geomagnetic force acting upon it. Larry Arnold, an expert on the topic, suggests that the phenomenon is caused by a subatomic particle called a "pyroton" which interacts with cells to create a micro-explosion. However, there is currently no scientific evidence to support the existence of this particle.

The "wick effect" theory suggests that when a body is in prolonged contact with a heat source, such as a lit cigarette, it can act like a candle. In this theory, the body acts as the wick and the flammable material, such as fat, acts as the wax. The heat source keeps the material burning.

The "wick effect" theory states that in the human body, fat acts as a flammable substance and clothing or hair acts as a wick. The heat source melts the fat, which soaks into the clothing and acts like wax, keeping the wick burning slowly. This is why the victim's body is often destroyed without spreading fire to surrounding objects, as per scientists' statements.

Then What About The Photos Of Completely Burned Or Charred Bodies, But With The Hands And Feet Intact?

The reason for this phenomenon may be related to a temperature gradient, where the top of a seated person or the flame of a match is warmer than the bottom. This results in the flame going out due to the colder temperature at the bottom of the match.