Marrying a soldier has to be one of the toughest things ever. During the Second World War, many women faced this challenge.

One of those women was a Texan known as Peggy Harris.

Peggy married Billie Harris, a first lieutenant fighter pilot working with the United States army. Her husband was sent to fight in the Normandy battle during France's liberation.

Unfortunately, the fighter pilot would never make it home. His wife Peggy never got a clear explanation about her husband's fate.

She only learned what happened six decades later.

What Happened To Peggy's Husband?

When Billie was called to fight during the Second World War, he had only been married to Peggy for six weeks. The couple said their goodbyes early in their marriage. It was the last time they saw each other.

Billie did not survive the war, and he never got back home. Also, Peggy did not get any information about what happened to him.

The army did not send anyone to her. She never got a telegram telling her her husband had fallen during the war. Although she could reasonably assume that her husband was no more, Peggy remained devoted to her.

"Billie was married to me all of his life, and I choose to be married to him all of my life."

Initially, authorities claimed that Billie was missing. After that, they claimed he was still alive and would be heading back home.

Unfortunately, this information was not accurate. Eventually, Peggy was told that her husband had died in battle and that he had been buried.

Then they told her to hold on because the remains that had been buried might not be Billie's after all.

The Long Wait For Answers

Peggy waited for weeks to get answers about what had happened to her husband. Eventually, the weeks turned into months, and the months turned into years.

She found herself waiting for decades before she decided to write her congressman. Peggy sent letters several times, and the last letter she wrote was aimed at Rep. Mac Thornberry of Texas, the then vice-chairman of the House of Armed Services Committee.

Thornberry sent Peggy a reply claiming that Billie had been reported missing in action, according to the national archives. This answer did not satisfy Alton Harvey, Billie's cousin.

Harvey had an issue with the fact that their relative had gone to fight for their country, went missing during the war, and no one could explain what happened to him or where he was.

There Was An Easy Answer 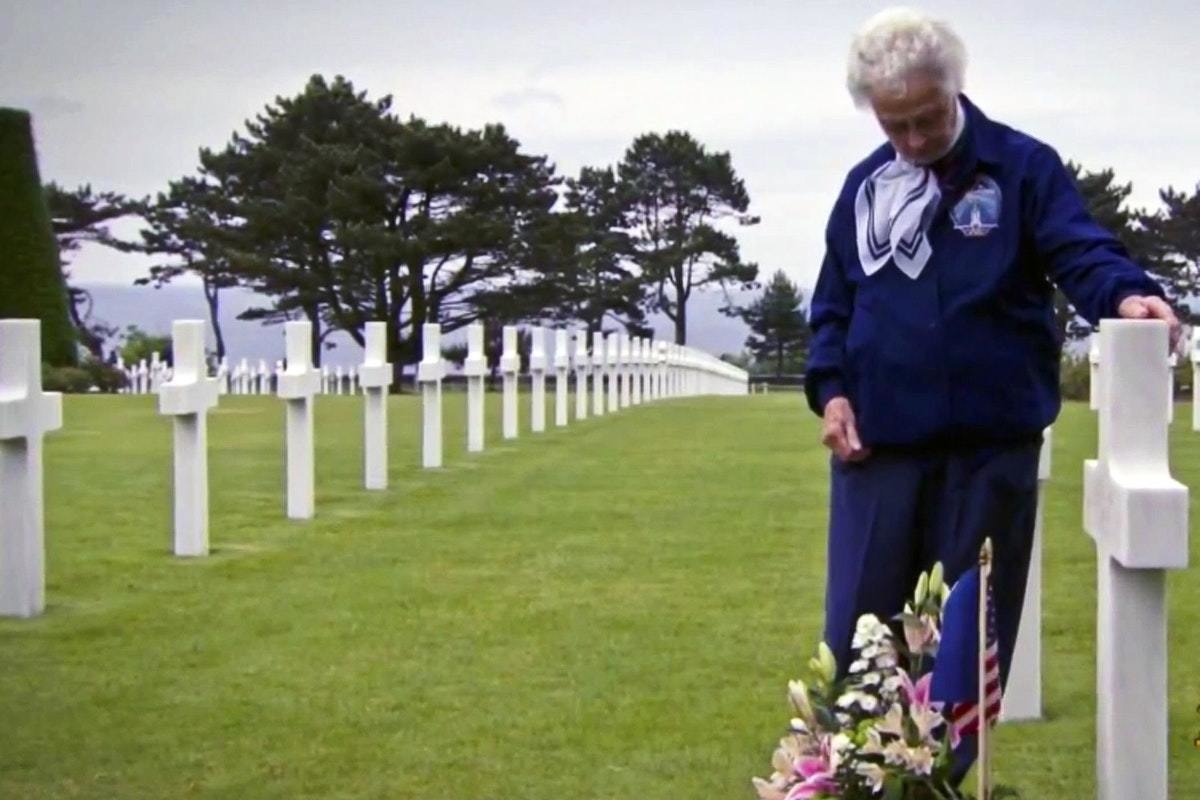 It turned out that Billie was not as hard to find as it seemed. First of all, Billie had not gone missing.

Thornberry had not actually looked at the national archives. If he had, he would have quickly discovered the truth.

Billie was not "missing in action," as Peggy had been told. Instead, he had been killed in action.

Additionally, his remains were buried in the most famous cemetery in Normandy, and his grave was marked with a cross.

After learning the truth about her husband, she visited his grave several times. She also sends flowers about ten times a year.

Today, officials claim Billie has "the most decorated grave in Normandy." Peggy is also believed to be the last widow who still visits her husband's grave.

Over time, Peggy learned more about her husband and how he had died. It turns out that Billie was indeed a hero.

The fighter pilot's plane went down over Les Ventes, a town in Normandy. He was going to crash into the village, but he wanted to save the villagers' lives.

Therefore, he ensured his plane was heading away from the village when it crashed and killed him. Les Ventes residents knew of his sacrifice and were incredibly grateful for his courageous decision.

Every year, the residents pay a special tribute to him in honor of his memory. They buried Billie in their cemetery, and his grave was decorated with flowers.

Later, his casket was moved by officials to the American cemetery in Normandy. Even so, the residents still send flowers to his grave many times every year.

There also named a street after him.

Peggy would get to visit the grave six decades later. However, she now visits it several times.

She gets welcomed as a hero whenever she goes to see her husband's grave. In the town, there is still a man named Guy Seville who was present when Billie's plane crashed.

Seville ran to find Billie, and he was there when he breathed his last.

Peggy hopes that Billie was conscious enough to understand that a friend was close by trying to help.