A tremor can be defined as an involuntary but rhythmic muscle contraction that causes shaking body movements. The shaking can happen in one or more parts of the body.

Night tremors are also called sleep myoclonus, and they are characterized by the twitching of muscles when the person is asleep. Typically, the problem affects the hands, although it can also affect the head, torso, legs, or arms.

Generally speaking, Myoclonus is a sudden uncontrollable muscle spasm that can last for a few seconds or a couple of minutes.

Usually, sleep tremors happen at any time during the night, although most happen as the person is drifting into sleep. Also, the tremors can be constant or sporadic.

Sleep tremors are also called hypnic jerks or sleep starts that appear as startled responses during sleep. This problem affects people of all ages.

In fact, almost everyone has them, and more often than not, they are a sign that your brain is working a little too hard as you enter into a sleeping state. However, while some people get a single jerky movement or "sleep start," some people have so many tremors that professional attention is required.

If you are experiencing night/sleep tremors throughout the night, then there is a problem and you should see a doctor.

Sleep tremors make it hard for you to get sleep or quality sleep. They can also cause excessive daytime fatigue, which can significantly lower your quality of life.

Sleep tremors often start in the part of the brain that controls movements. That is why neurological issues such as stroke, neurodegenerative diseases like Parkinson's disease, multiple sclerosis, or traumatic brain injury are often the reason behind many tremors.

So, when sleep tremors get problematic, then that is a good sign that there might be a serious underlying health issue such as epilepsy. However, only a doctor can help determine what exactly is causing this problem.

Huntington's disease can also cause sleep tremors, and people with this problem often suffer from restless leg syndrome and periodic limb movements.

Sleep apnea can also cause sleep tremors. This condition results in the interruption of normal breathing for short moments, and often, people with this problem also experience myoclonic jerks and twitches.

In addition to neurological disorders, tremors also happen due to anxiety or panic attacks, liver and kidney failure, mercury poisoning, alcohol use or withdrawal, having an overactive thyroid, and using medications such as asthma medications, corticosteroids, and amphetamines.

Tremors can also happen during dreams, which occur during REM sleep. In this case, the dreams are usually accompanied by tremors and other spastic movements.

Peripheral artery disease can also cause sleep tremors. When someone is affected by this condition, their peripheral arteries in the legs, arms, stomach, and head narrow, ultimately resulting in spasms.

However, it is important to note that sleep tremors might happen without any underlying cause. These kinds of tremors are more common among middle-aged and older adults.

In fact, some sleep tremors are hereditary, which means they run in families.

Finally, some tremors are triggered by strong emotions, especially when they result in psychological issues like stress or trauma. 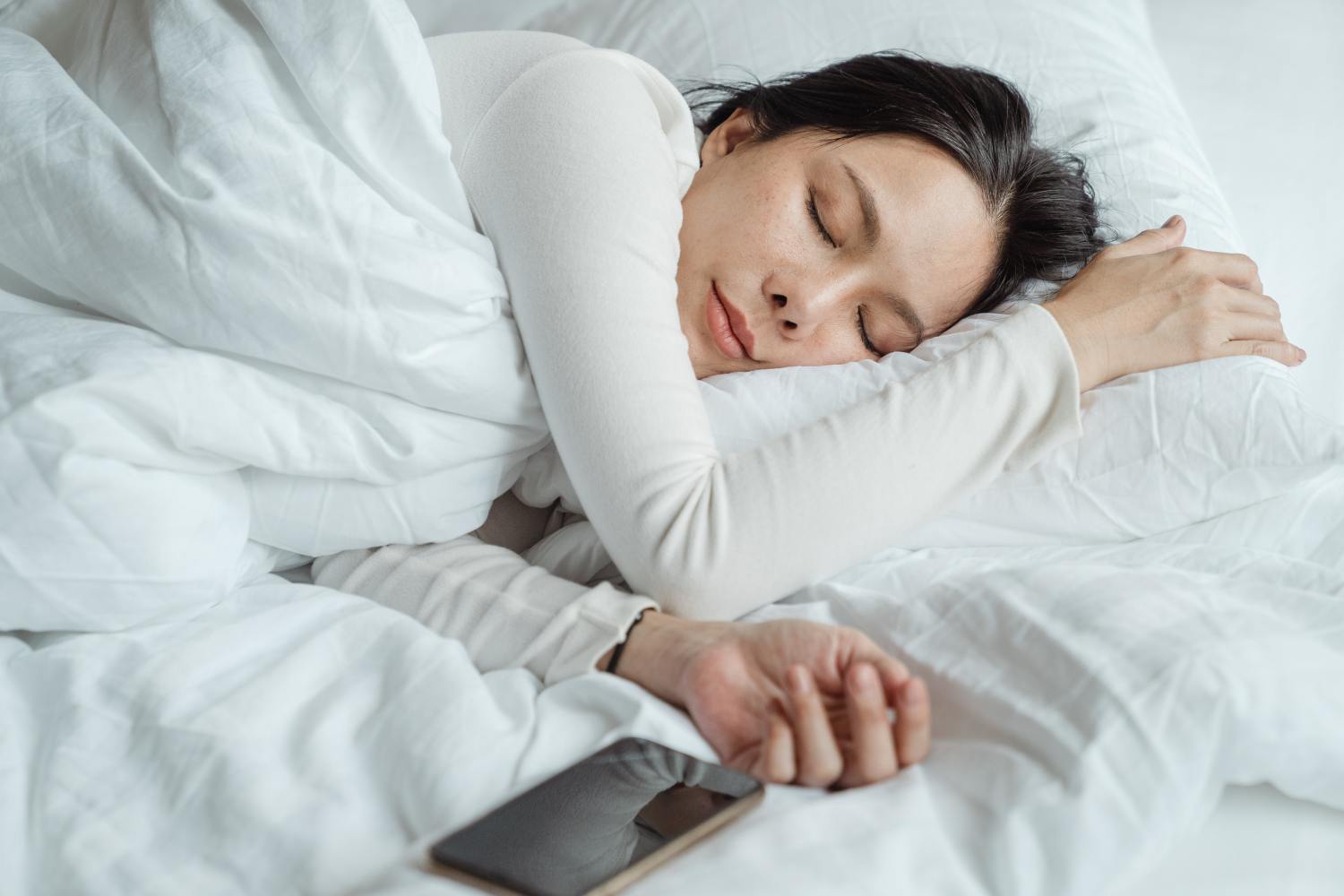 Tremor symptoms are many and varied, and they can include rhythmic shaking of the hands, legs, head, torso, or arms.

Tremors can also manifest themselves in the form of a shaky voice or writing difficulties.

There are two major classes of tremors, action and resting tremors. Here, we're going to take a look at what sets them apart. 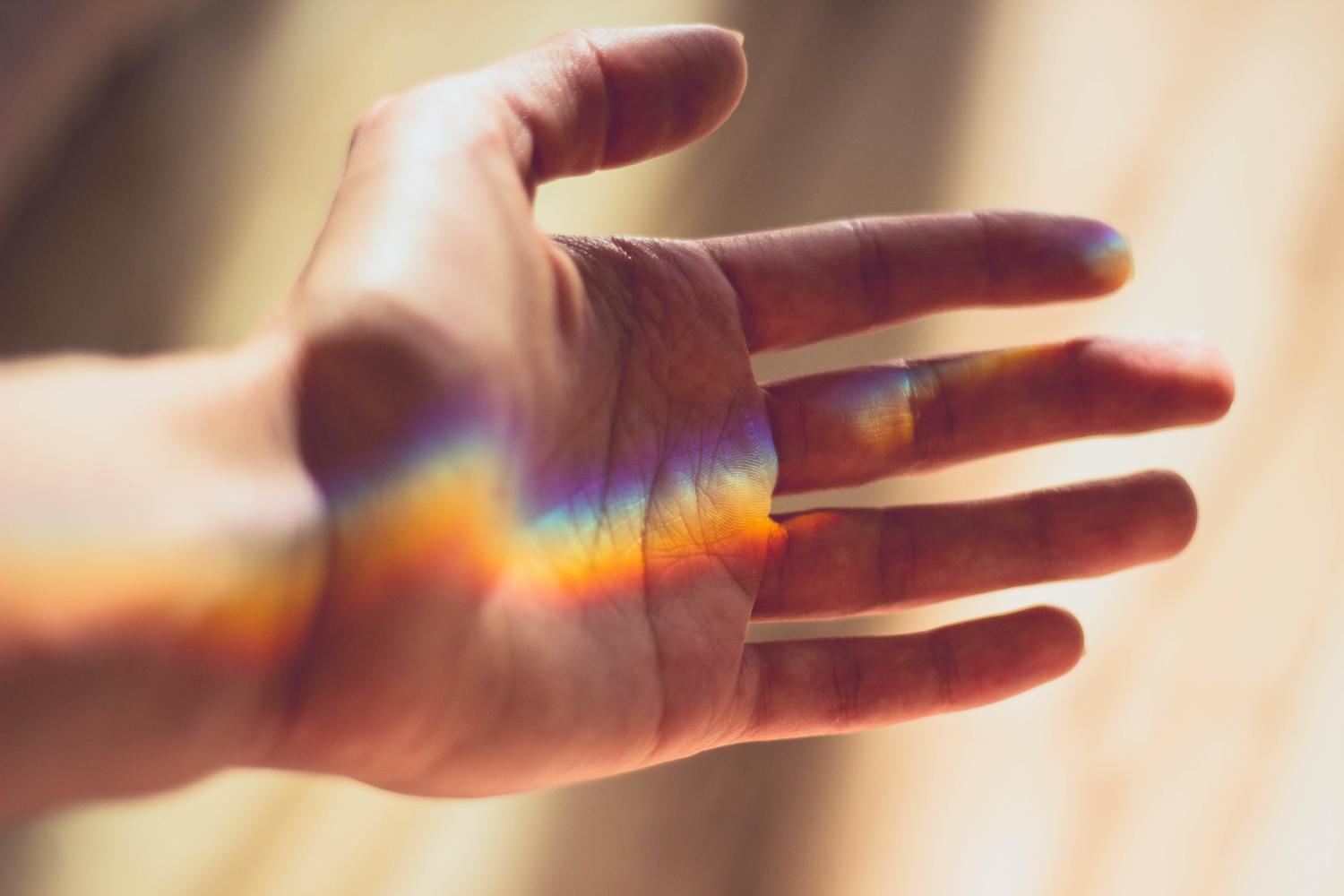 The first type is called a resting tremor, which, as the name suggests, happens when the muscles are relaxed. Usually, the hands or legs shake while the person is resting, and they often affect people with Parkinson's disease.

An example of resting tremor is the "pill rolling" tremor common among Parkinson's disease patients. 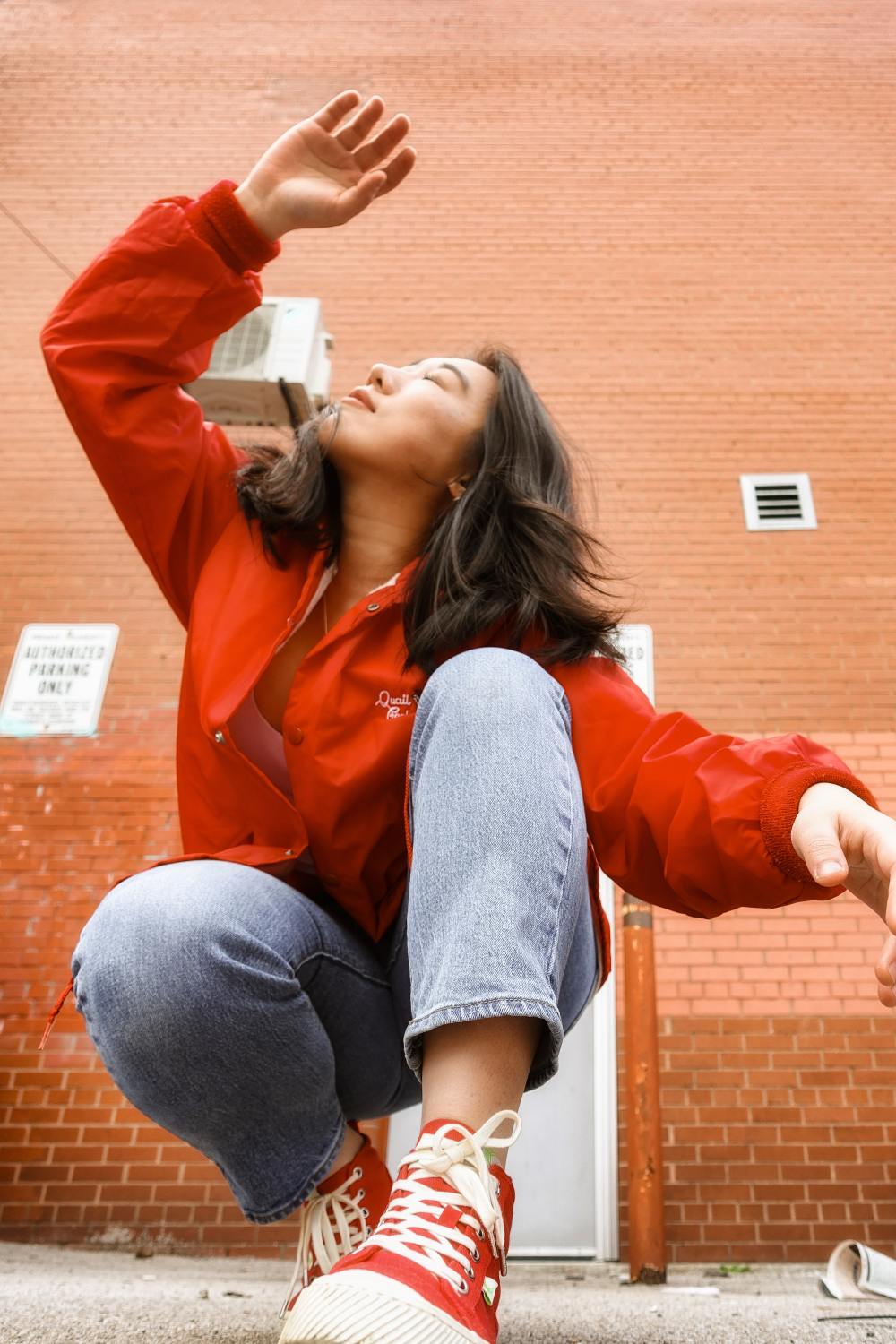 The second type of tremor is the action tremor, which happens when someone is moving a muscle. Most tremors fall into this category.

There are many kinds of action tremors, such as postural tremors, which happens when someone maintains a certain position against gravity. For instance, this tremor can happen after holding a hand stretched out for too long.

Another type of action tremor is the kinetic tremor, which happens with a voluntary movement. For instance, moving the wrists up and down might introduce these tremors.

Intention tremors also happen as part of action tremors. These happen when doing something purposeful, such as moving your finger towards the nose.

Another kind of action tremor is the task-specific tremor, which occurs when doing a highly skilled activity such as writing or speaking.

Finally, some people also experience the isometric tremor as a form of action tremor, which happens when any movement does not accompany the activity. Examples include holding something heavy. 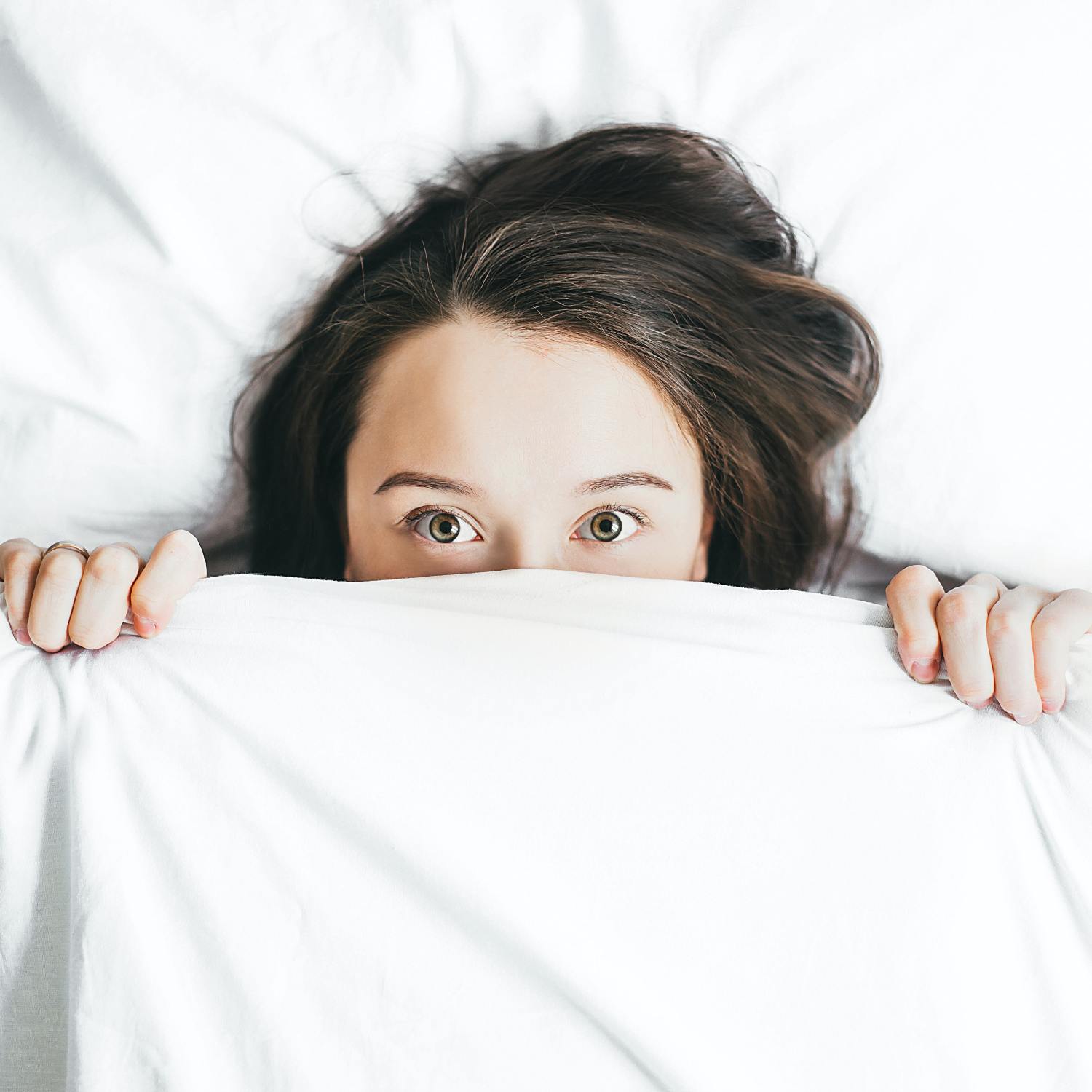 Previously, these kinds of tremors were called benign or familial tremors. This is an action tremor that has no known cause, and it can remain in its mild stable for years.

Additionally, essential tremors happen on the dominant side of the body the most, although they can affect any part of the body. They can lead to challenges when doing activities like writing, drawing, or drinking from a cup.

Essential tremors have been known to decrease in speed as the years go by, although the severity may increase and affect certain daily activities. Stress, physical exhaustion, low blood sugar, and other issues might make these tremors worse.

This type of tremor can even begin during the teenage years, although it can also begin when someone is about 40 to 50 years. About half of these tremors are inherited, and scientists now think mild brain degeneration might be the reason behind them.

As the name suggests, these tremors are caused by dystonia, a disorder whereby incorrect messages from the brain cause unwanted muscle movements. These kinds of tremors are more common in young and middle-aged adults and tend to affect any muscle in the body.

Complete relaxation can help resolve this type of tremor.

Unlike essential tremors, dystonic tremors tend to be irregular. They can also seem like resting tremors, and they are known to cause unusual body postures due to forceful cramps or spasms.

This tremor is caused by Parkinson's disease, and it's a resting tremor that often manifests itself in form of the "pill-rolling," method pharmacists used to make pills before mass production became commonplace.

About 25% of Parkinson's patients have tremors, and they are made worse by stress.

How To Deal With Sleep Tremors 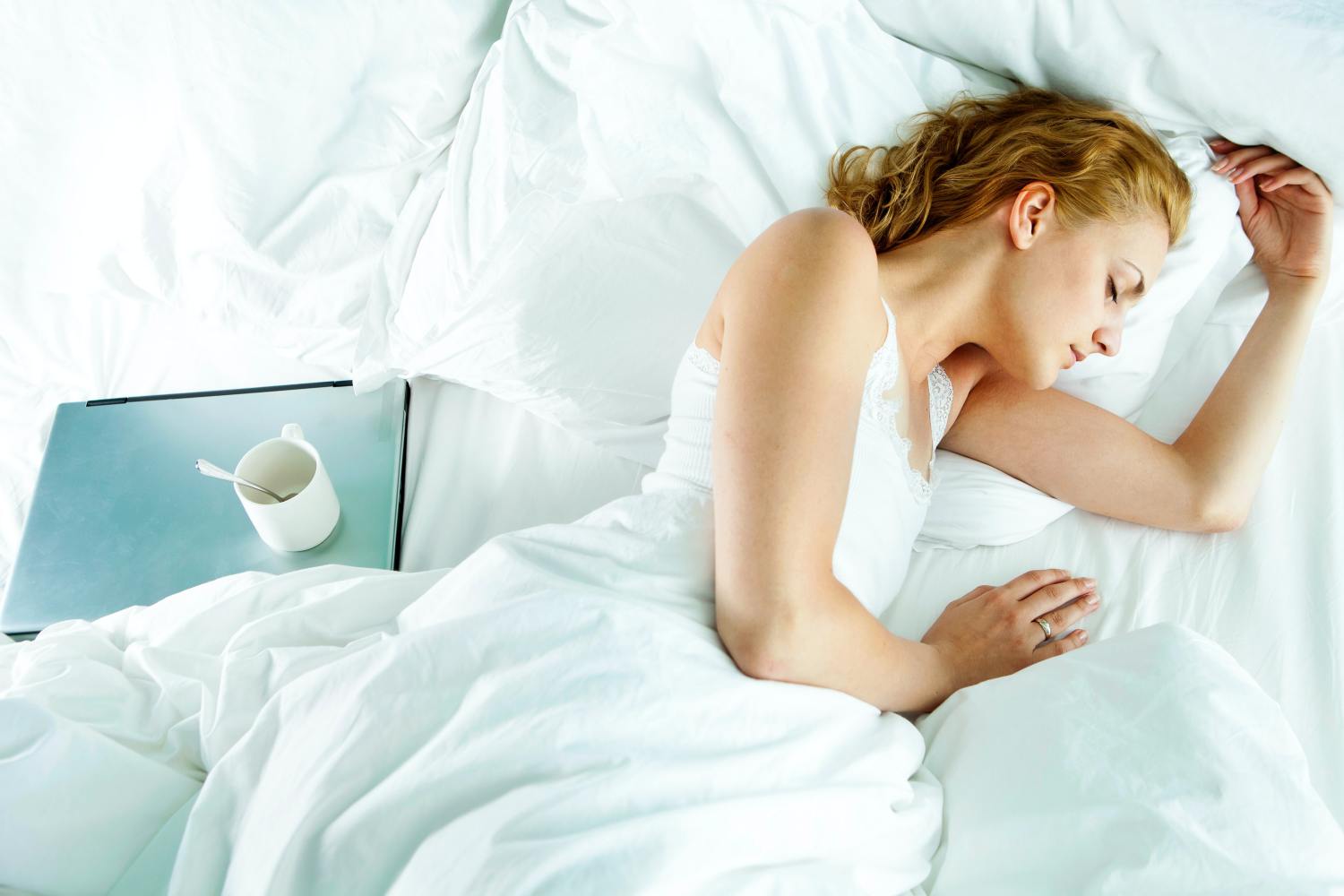 Serious tremors can make it hard for the person affected to work or perform daily activities. Fortunately, there are interventions and medications that can treat sleep tremors.

Some of the medications that can treat sleep tremors include mild benzodiazepines such as Valium or clonazepam. However, these options should be used after consulting a doctor.

The problem gets worse when the caffeine is consumed later in the day. Drinking heavily before bed can also lead to annoying body shakes.

Irregular sleep might be making your sleep tremors worse. Consequently, having a regular sleep schedule might help you overcome this problem.

Research has shown that there is a significant link between sleep tremors and excessive and intense physical exercise. Therefore, sleep tremor sufferers who work out too much during the day can alleviate the problem by going easy on the intensity of their workouts.

Physical therapy can offer relief from sleep tremors. However, the underlying cause of the tremors should first be understood before trying out this option.

Watching the TV or being on the internet right before bedtime can cause sleep tremors. So, try to be undistracted by the time you go to sleep and the tremors might subside.

You can even listen to soothing music before you sleep to enjoy a more peaceful rest.

If you are suffering from stress, it might be causing your sleep tremors or making the problem worse. Luckily, there are many ways to lower your stress levels, including the use of medications.

Surgery can also be used to treat tremors, including sleep tremors. The procedure is called deep brain stimulation (DBS), and it involves having electrodes inserted into the brain to send signals that block out brain signals that cause the tremors.

Are You Having Problematic Sleep Tremors? 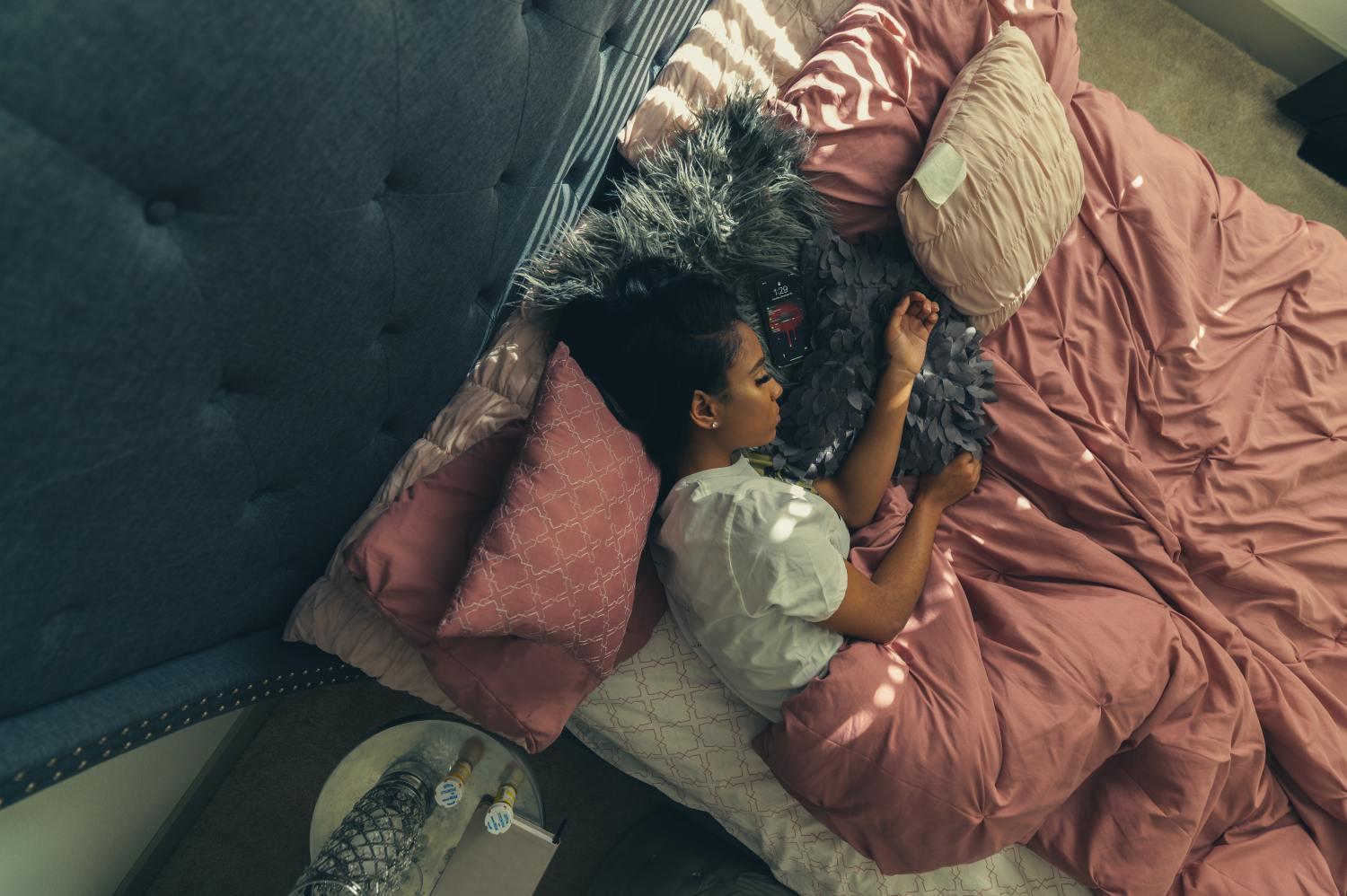 If you realize that your body is shaking for no reason, especially as you sleep, you might be experiencing sleep tremors. Typically, sleep tremors are just an annoyance, but if they get in your way of having quality sleep, you should do something about them.