The Skull and Bones society is among America's oldest and most elitist and secretive organizations. Members of this elite society are known as Bonesmen or Boneswomen.

However, times are changing, and this elitist tag might also be changing.

Over the years, Skull and Bones society has produced many great people. Today's most popular include famous politicians like George W. Bush, his father, and John Kerry.

Society members include influential families like the Rockefellers, the Fords, the Vanderbilts, and others. The group is credited with helping John Kerry and George W. Bush launch their political careers.

Traditionally, the Skull and Bones society consisted of white, privileged men, and it granted them easy access to the highest levels of an organization. However, that has since changed. Today, the club is more dynamic; and it represents more genders, ethnic groups, and sexual identities.

When Did The Skull And Bones Society Begin? 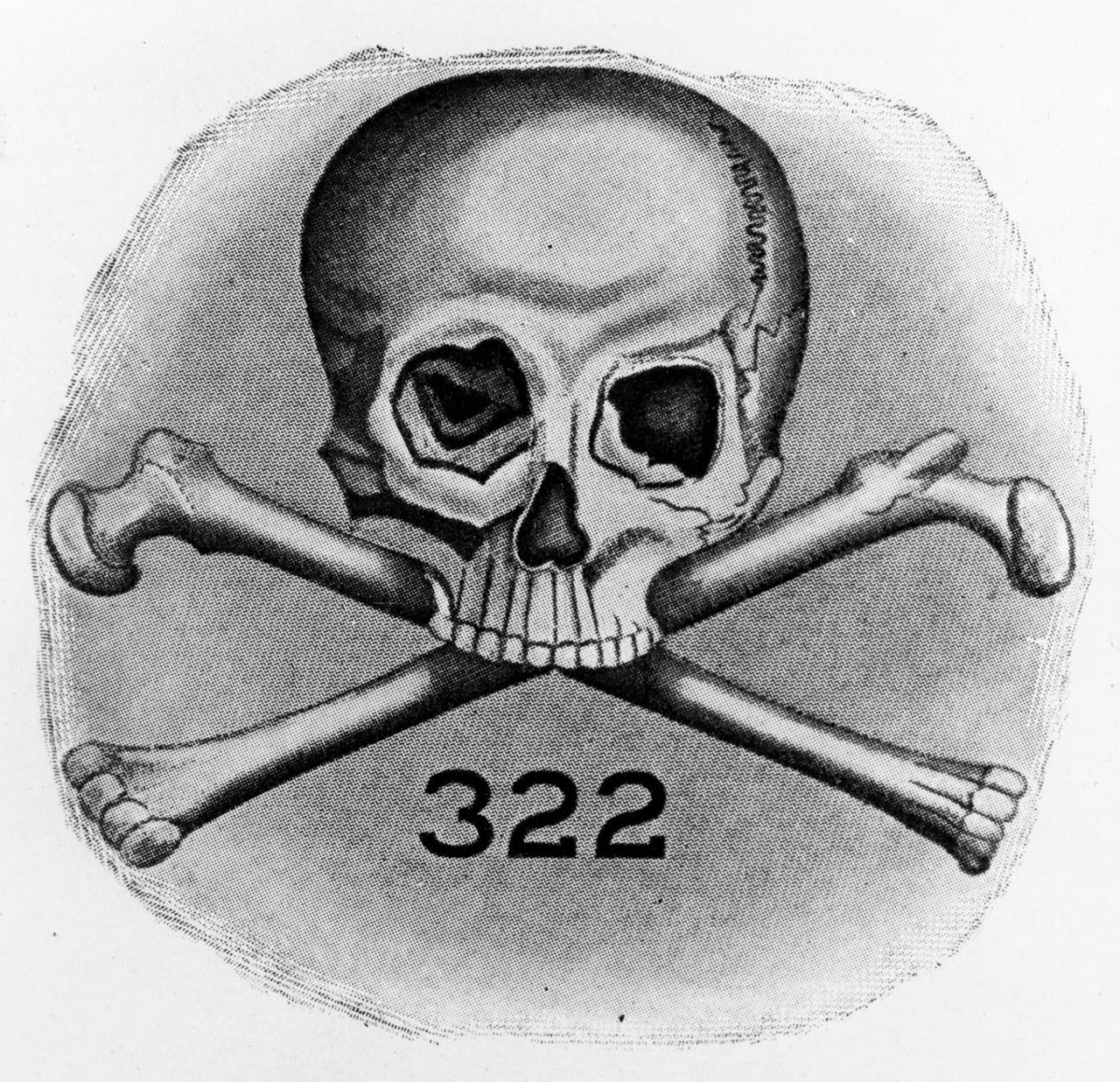 The idea for this name came after he visited an occult society in Germany. He based the Skull and Bones society on what he learned in Germany. William turned out to be the father of William Howard Taft, a future US president.

One of the main perks of being a member is lifelong financial stability. However, the catch is that members have to give up parts of their estates to the club. Financial support is provided so that no member is tempted to reveal the club's secrets.

How Do People Join The Skull And Bones Society? 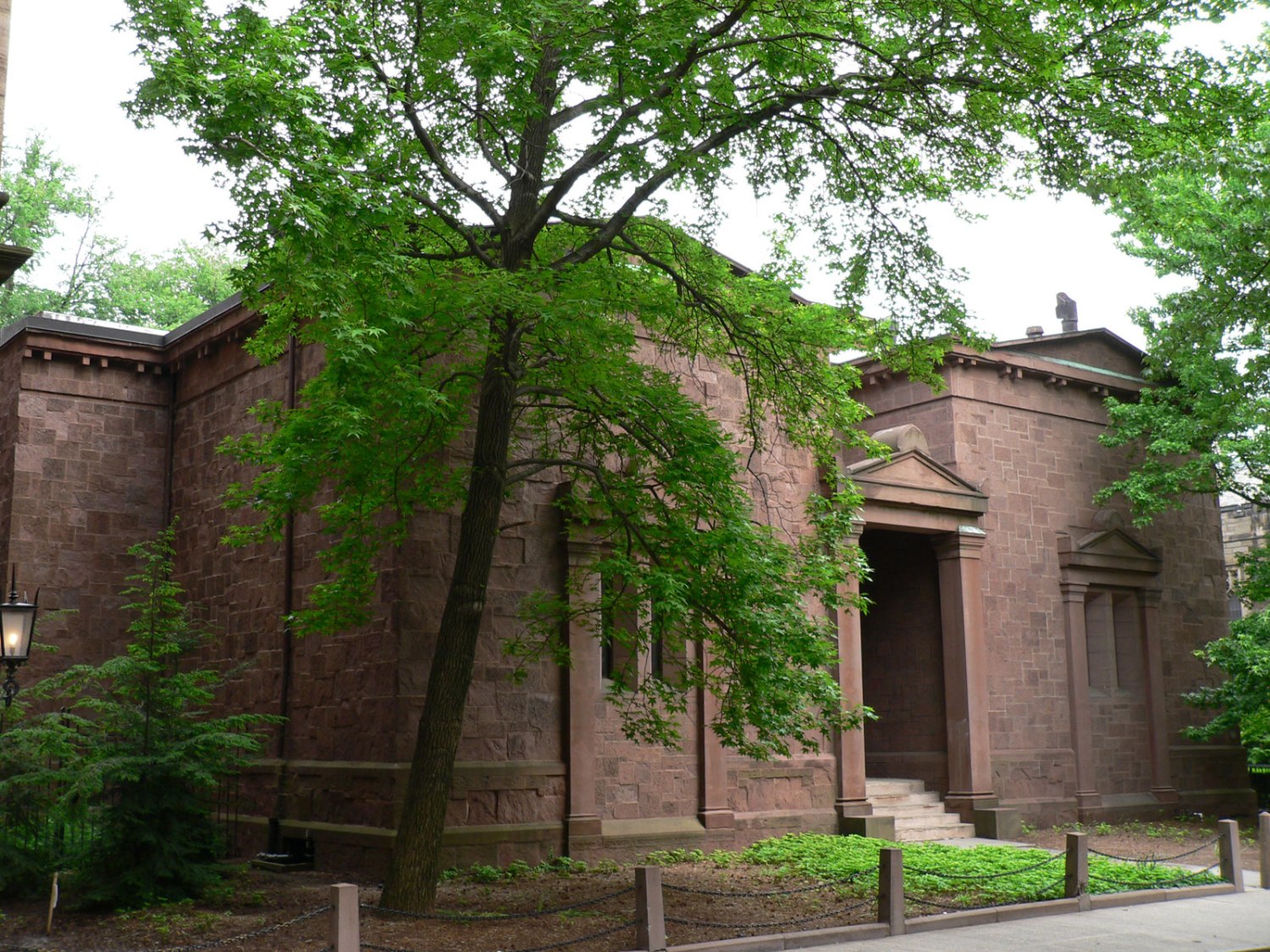 Every year, fifteen Yale seniors are selected to be part of the Skull and Bones society, which means there are usually less than 1,000 members alive at every point in its history.

The lucky students also get their names published in Rumpus, the Yale tabloid. Otherwise, those tapped to join the club become members for life.

Generally, members were selected from the most talented members of the student communities, especially those with leadership skills.

However, some people were also recruited into the secret society because former family members were also part of the group. For instance, George W. Bush was drafted because six other Bush family members had been Bonesmen.

These days, there are usually more minorities in the secret society than Caucasians. Gay, transgender, and bisexual students are also getting a chance to be part of the Skull and Bones society.

Previously, that would have been unthinkable. In fact, these days, there are sometimes as many women in the group as there are men.

In 1991, the Bonesmen of the day wrote to the alumni about the society's discriminatory and bigoted practices. Those in favor of women joining the club won. Yet, those who lost successfully got a court order that reversed the decision.

In a second society-wide vote, members once again voted in favor of women joining the society, and the first Boneswomen became part of the secretive club.

However, members lament that the society has had a reputation as a club made of privileged white men for much longer than has been the case.

The Skull And Bones Society's Long History Of Discrimination 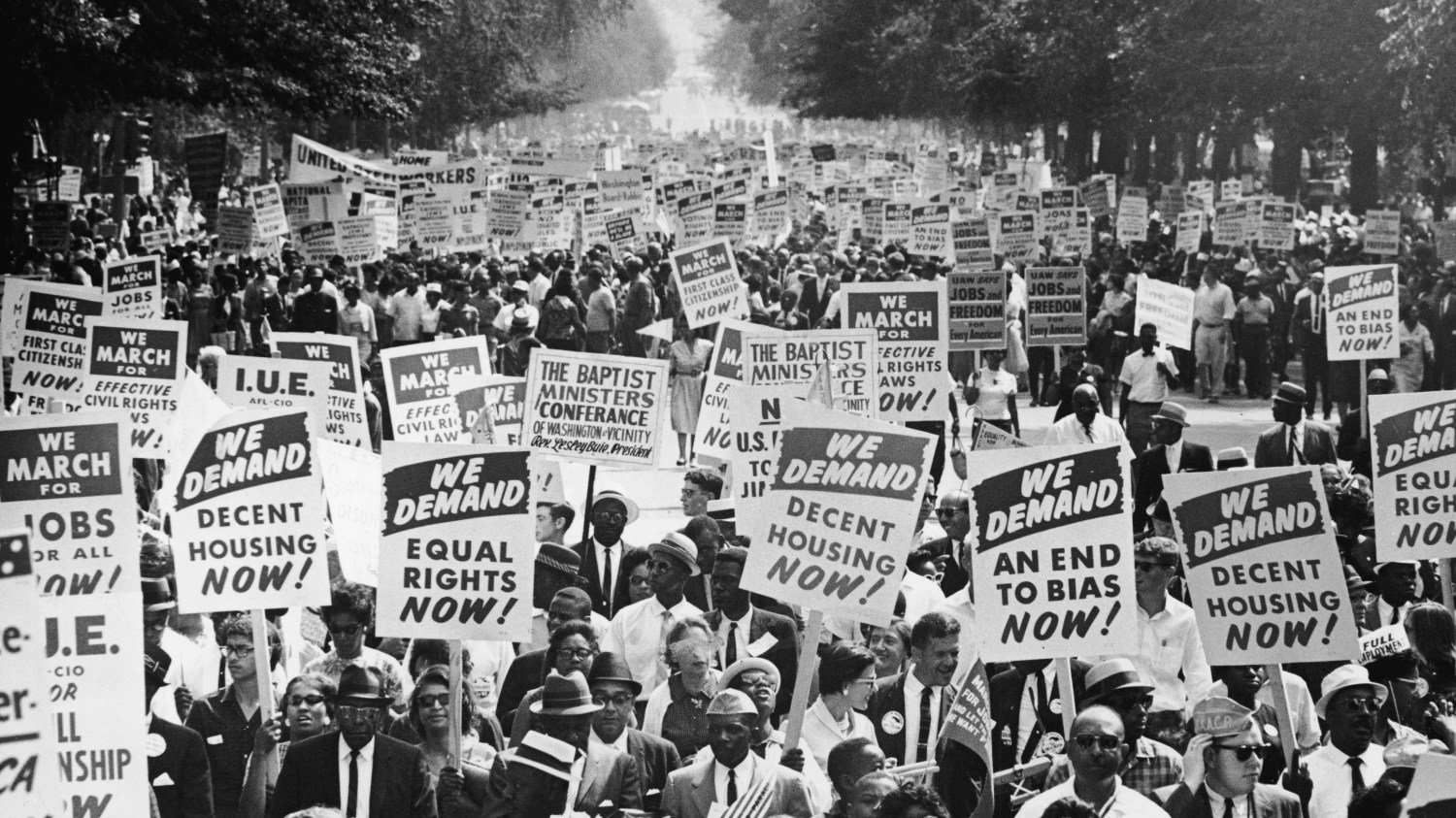 In the past, women and minority groups were shunned by those picking new members. It is believed that the recent effort to create a more representative Skull and Bones society is an attempt to atone for these past injustices.

These changes were long overdue, considering that the Skull and Bones society consisted of only white men for over a century. The discrimination was noted most clearly in 1964 when they failed to recruit an African American despite the passing of the landmark Civil Rights Act.

Fortunately, that does not mean no members wanted inclusivity within the organization. For instance, Joe Lieberman, a future Connecticut senator, rejected an offer to join the secret society in 1964 because they still wouldn't admit members from minority groups. Lieberman decided to join a society known as Elihu, which was more progressive.

However, a year after Lieberman's invitation, the Skull and Bones society had its first black student and future writer, editor, and professor, Orde Coombs, in its first move to ensure racial equity. Nevertheless, women were still banned from the group, and other races were only included in token numbers.

This was still not enough. In the 1960s, there were tens of Yale secret clubs, but the Skull and Bones society was one of three organizations that did not admit women.

Even after members proposed the inclusion of women in 1971, older members of the club rejected the idea. This resulted in the society experiencing a significant decline over the years as many potential members rejected an offer to join the club in favor of more inclusive secret societies.

Later, it was revealed by a Bonesman that the reason the club was so reluctant to admit women was that it had practices that would have offended female members. These included fights, and some members were not keen on changing these traditions.

Fortunately, over the past few decades, the group has been trying to ensure that its membership is more representative of society as a whole.

Rules Skull And Bones Society Members Have To Follow 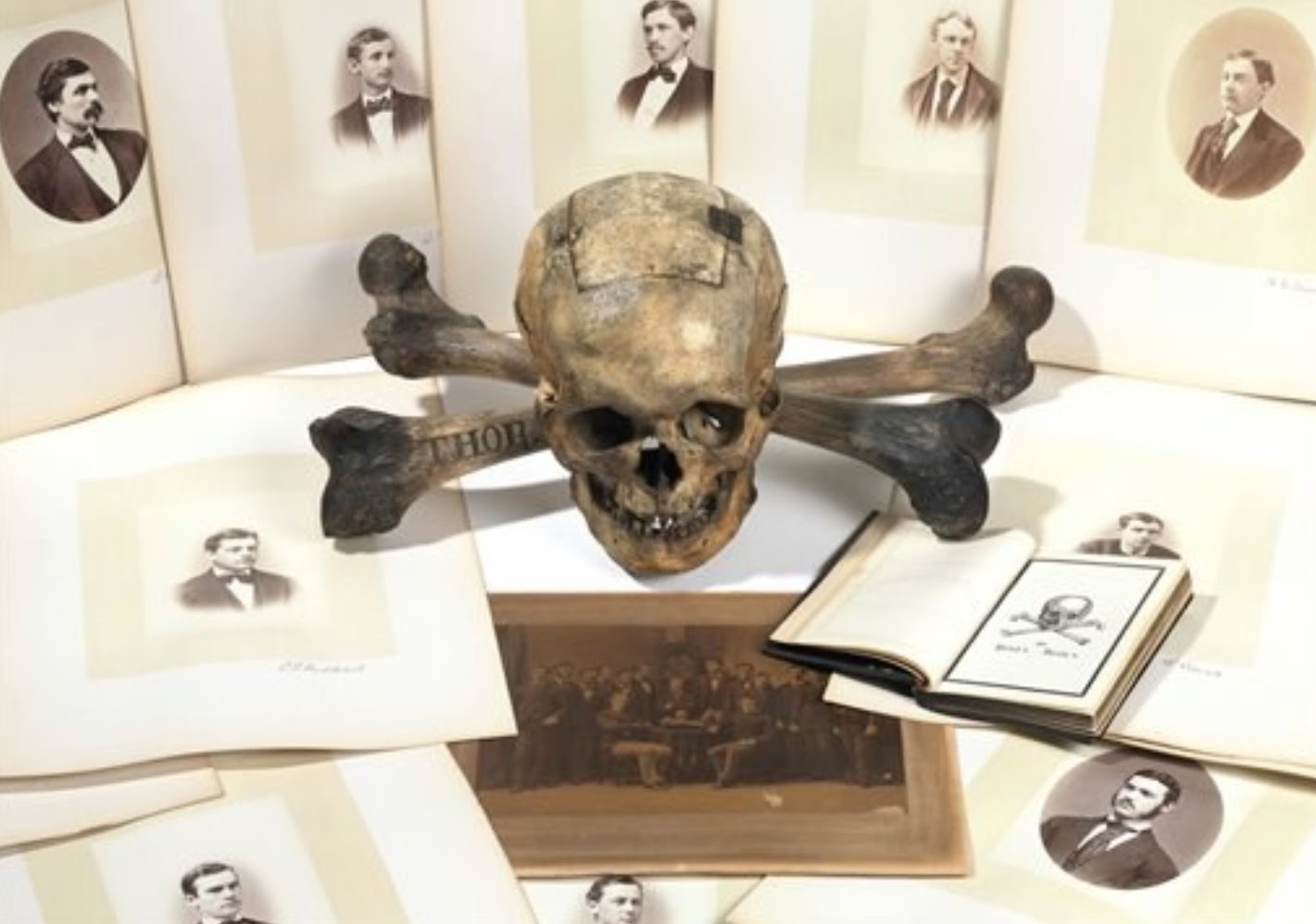 Obviously, being part of such a secret society comes with a number of rules. For instance, it is challenging to get a member to speak about the affairs of society openly. That is because members are usually sworn into secrecy.

After joining the society, members are supposed to offer an oral autobiography intended to help create friendship. Apparently, members have to disclose personal details about their lives, including their sexual histories. These days, members of various minority groups are also given a chance to express their frustrations.

When a media firm tried to get in touch with about 200 members for interviews about the secretive organization, only about ten agreed, but only on the condition that their graduation dates and names be kept secret.

Once someone becomes a member of the society, they attend two meetings every week. The meetings take place in the evening.

One of the nights is spent socializing, while the other is dedicated to discussing cultural and political issues. Obviously, anyone who is not a member is not allowed to participate in these meetings.

The Skull and Bones society members have been meeting in a mausoleum called the Tomb. Like its name, the structure looks like a crypt, for it has no windows. The place is also decorated with skulls, skeletons, and other related adornments. The top of the building has a landing pad for a private helicopter. 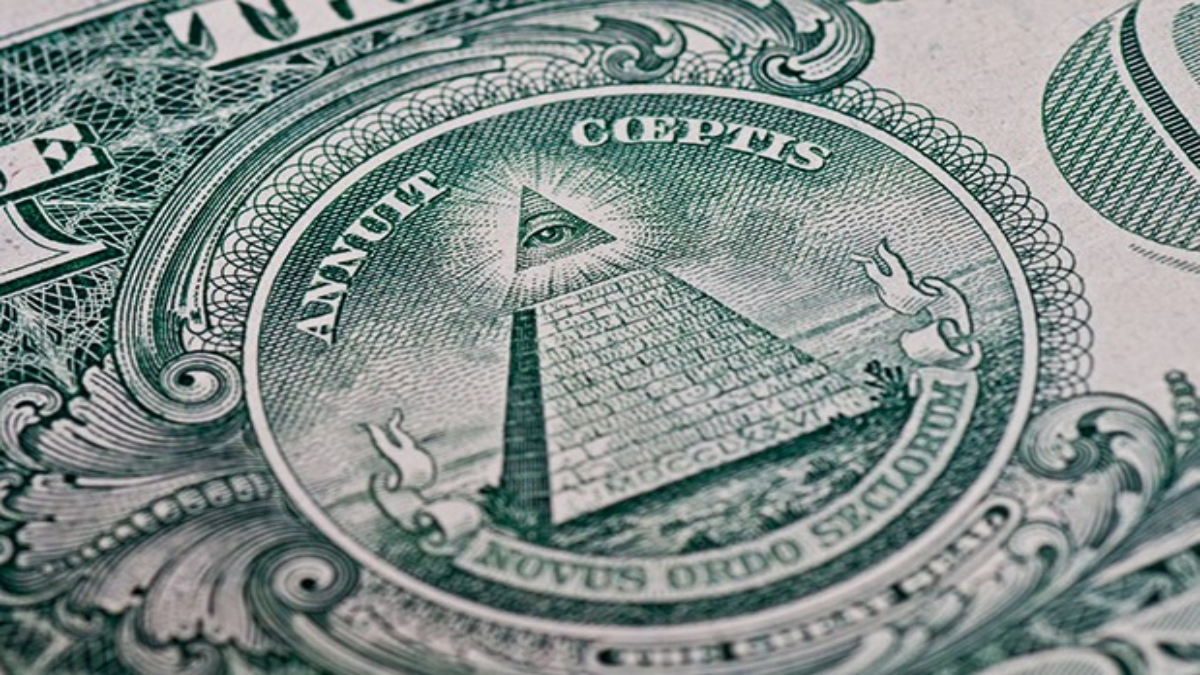 Given the secrecy and exclusivity surrounding this organization, it has been a source of many controversies and conspiracy theories throughout history.

These include popular claims that famous Skull and Bones society members were doing all they could to turn the United States into a dystopia dominated by its members.

Members have had to repeatedly deny these claims, arguing that the secret organization does not exist to guarantee the success of the members or establish a "New World Order," as is the case with institutions such as the Illuminati.

Some claim that the group was behind the assassination of John F. Kennedy and the invention of the nuclear bomb. Other claims include the accusation that the Illuminati fund the group and that Bonesmen have control over the CIA.

According to legend, one of the students of the society, Prescott S. Bush, dug up the grave of Geronimo in 1918 and took the skull and two bones that have been on display inside the Tomb since then. Prescott is the father of George H. W. Bush. 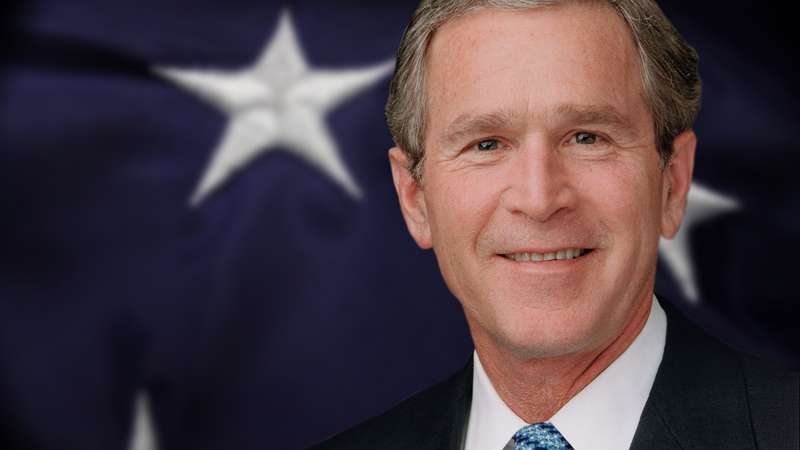 It is clear that the Skull and Bones society has successfully produced famous and influential members of society. The reality is that Yale attracts some of the most talented and intellectually gifted students.

So, right off the bat, the secret society has a lot of great people to choose its members from. All this society has to do is select the best among these students. For this reason, all Yale presidents from the 1800s to 1950 were always members of the Skull and Bones secret society.

Although secret society members are well-known, they are not very forthcoming when asked for details about the organization. For instance, as Kerry and Bush ran for president in 2004, they could not answer any questions about being members of the Skull and Bones society.

Both claimed that they could not say anything about the secret society.

Today, the society includes black, Asian, Hispanic, and LGBT students. Additionally, recruitment based on legacy and merit has gone down. These days, the focus is mainly on recruiting the leaders of major cultural groups within Yale.

Members of the institution, back when it excluded other groups from joining, have faced a lot of criticism over their memberships. For instance, Bush and Kerry were criticized for being part of Skull and Bones society when it had a long history of discrimination and little regard for democratic values.

However, more recent members of the club are doubtful to face similar accusations when running for public office due to its cultural diversity.

These days, there are countless books, documentaries, and television shows about the Skull and Bones society. Unfortunately, those who know the most about the organization, the members themselves, cannot say much about the secretive institution.