A lake in the Himalayas, frozen at a high altitude, melts each year to reveal the remains of over 300 people, revealing a strange history from ancient times.

The Gharval Himalayas are home to the enigmatic Roopkund lake, where hundreds of human remains have been found for over a thousand years. The cause of death is believed to be a severe hailstorm, but there are other theories as well. The area is also known for its alpine forests, lush meadows, and snow-capped peaks, making it a popular destination for adventure seekers. 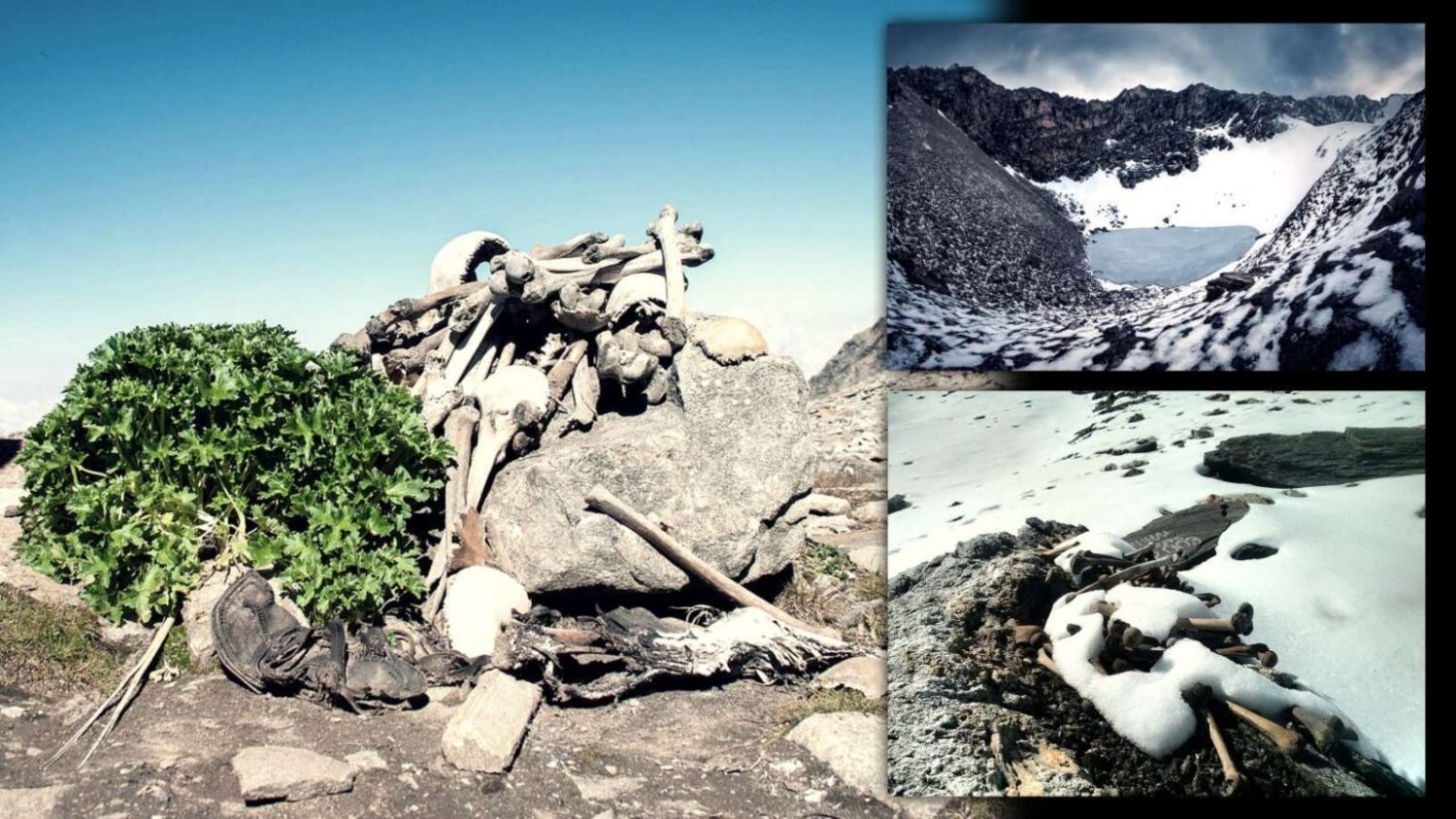 Roopkund Lake – the lake of skeletons

Roopkund Lake, located high in the Himalayan mountains at an altitude of 5,029 meters, is a small body of water, about 40 meters in diameter, known as Skeleton Lake. Each summer, as the ice melts, it reveals a terrifying sight: the bones and skulls of hundreds of ancient humans and horses scattered around the lake. 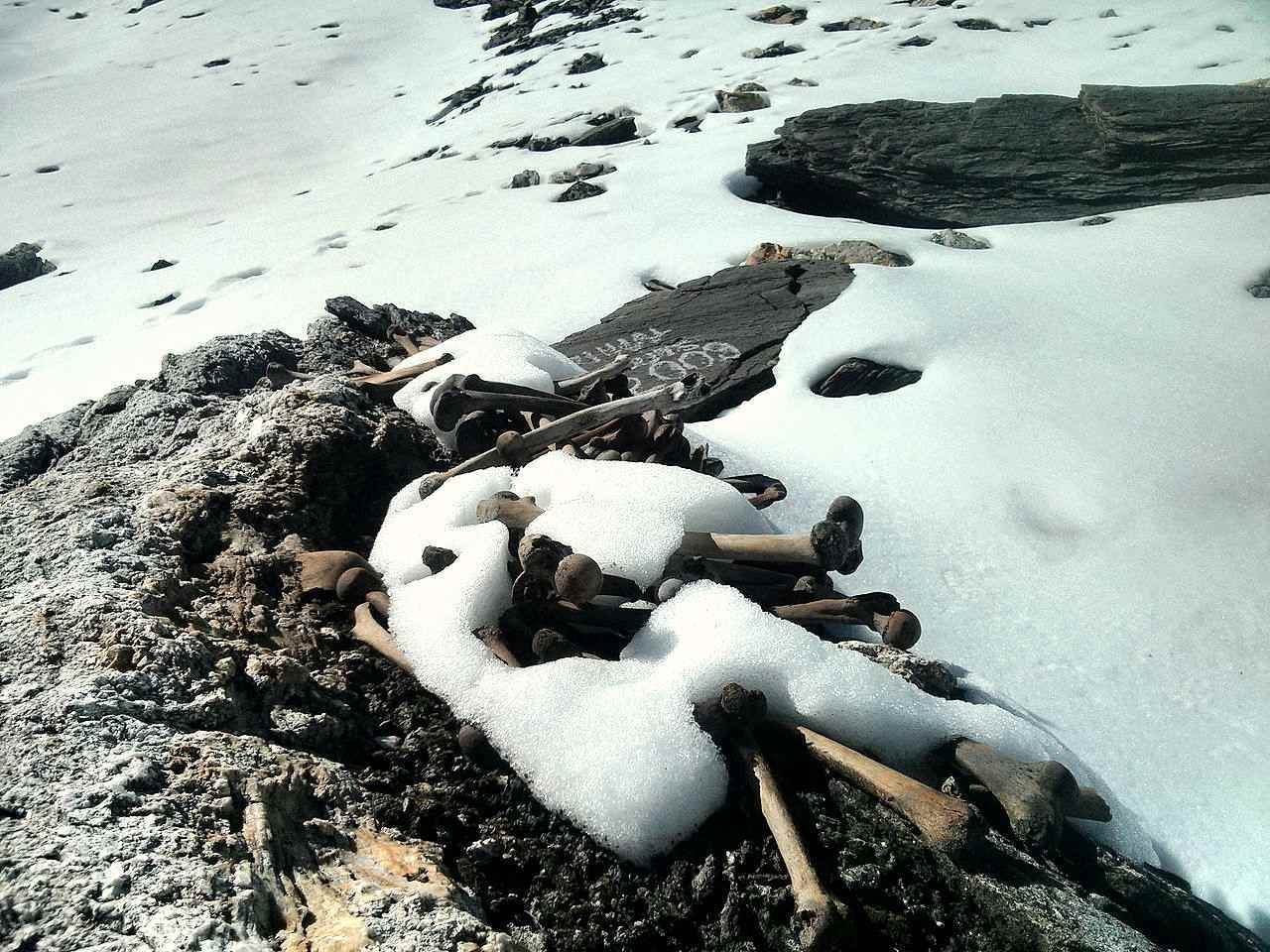 It is uncertain if local residents were aware of the phenomenon in the past, but the first written accounts date back to 1898. In 1942, a ranger reported seeing bones and flesh in melting ice, causing concern among military personnel who feared a surprise attack from the Japanese army.

The low temperature, and thin and pure air aid in preserving the bodies of the deceased better than in other regions. As the ice melts (which is happening more frequently now), even flesh is exposed. Some bones have also been pushed into the lake by ice and landslides.

The origins of the skeletons of Roopkund Lake 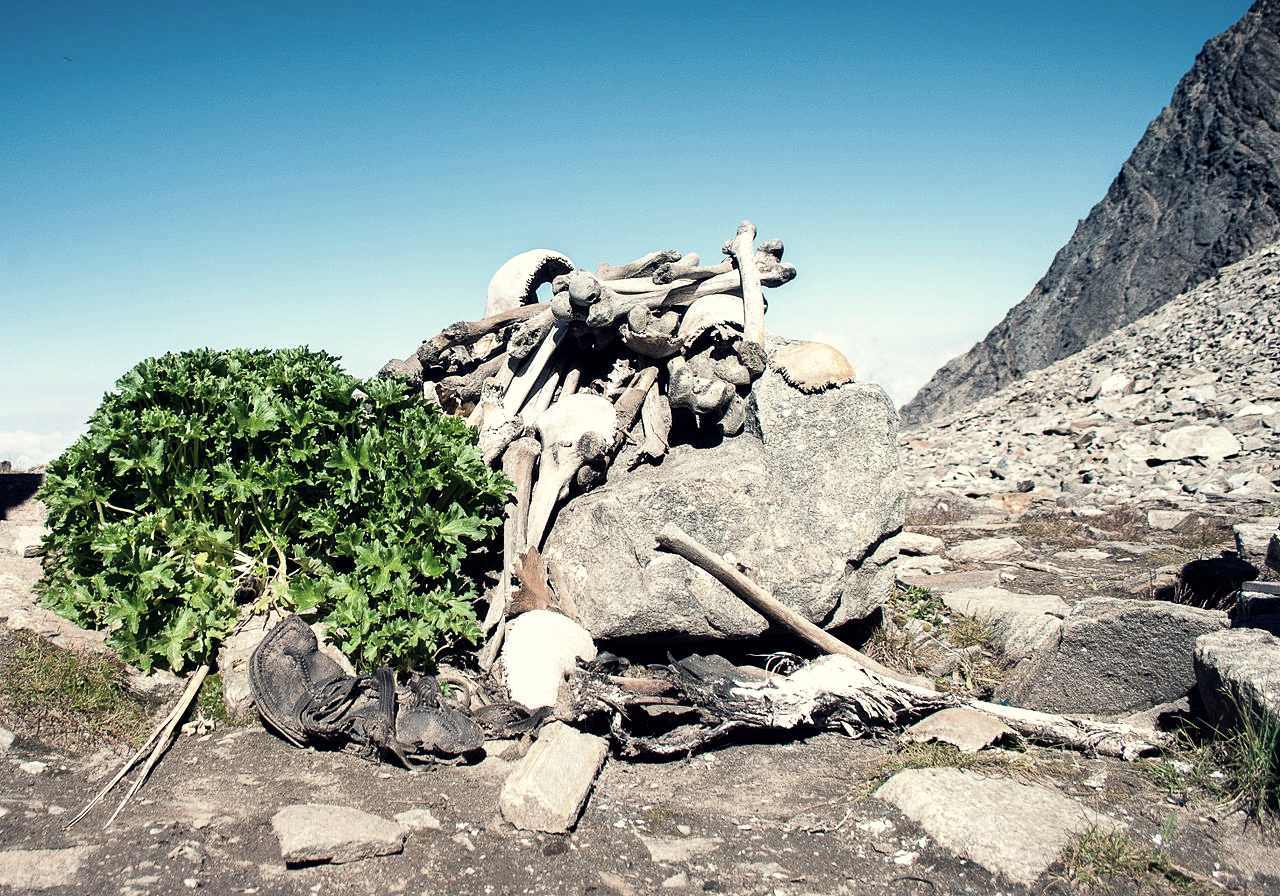 The origins of these skeletons are largely unknown as they have not undergone thorough anthropological or archaeological examination. This is partly due to the unstable condition of the site, which is often affected by rock slides and frequently visited by local pilgrims and hikers who have tampered with the skeletons and removed many artifacts.

The origins of the skeletons found in Roopkund are uncertain, but there are multiple legends surrounding the area. One legend states that the lake was created by Lord Shiva for Goddess Nanda Devi to quench her thirst after a battle with demons. The lake is named "Roopkund" meaning "lake of shapes/reflections," as Nanda Devi saw her own reflection in the lake.

Another legend tells of a pilgrimage to the nearby shrine of the mountain goddess, Nanda Devi, led by a king and queen and their attendants. They were said to have been punished by Nanda Devi for their disrespectful behavior during the pilgrimage. Another theory suggests that these are the remains of an army or group of traders who were caught in a severe storm. Scientists have also proposed that they were victims of an epidemic.

DNA analyses suggest another queer history behind the Roopkund skeletons 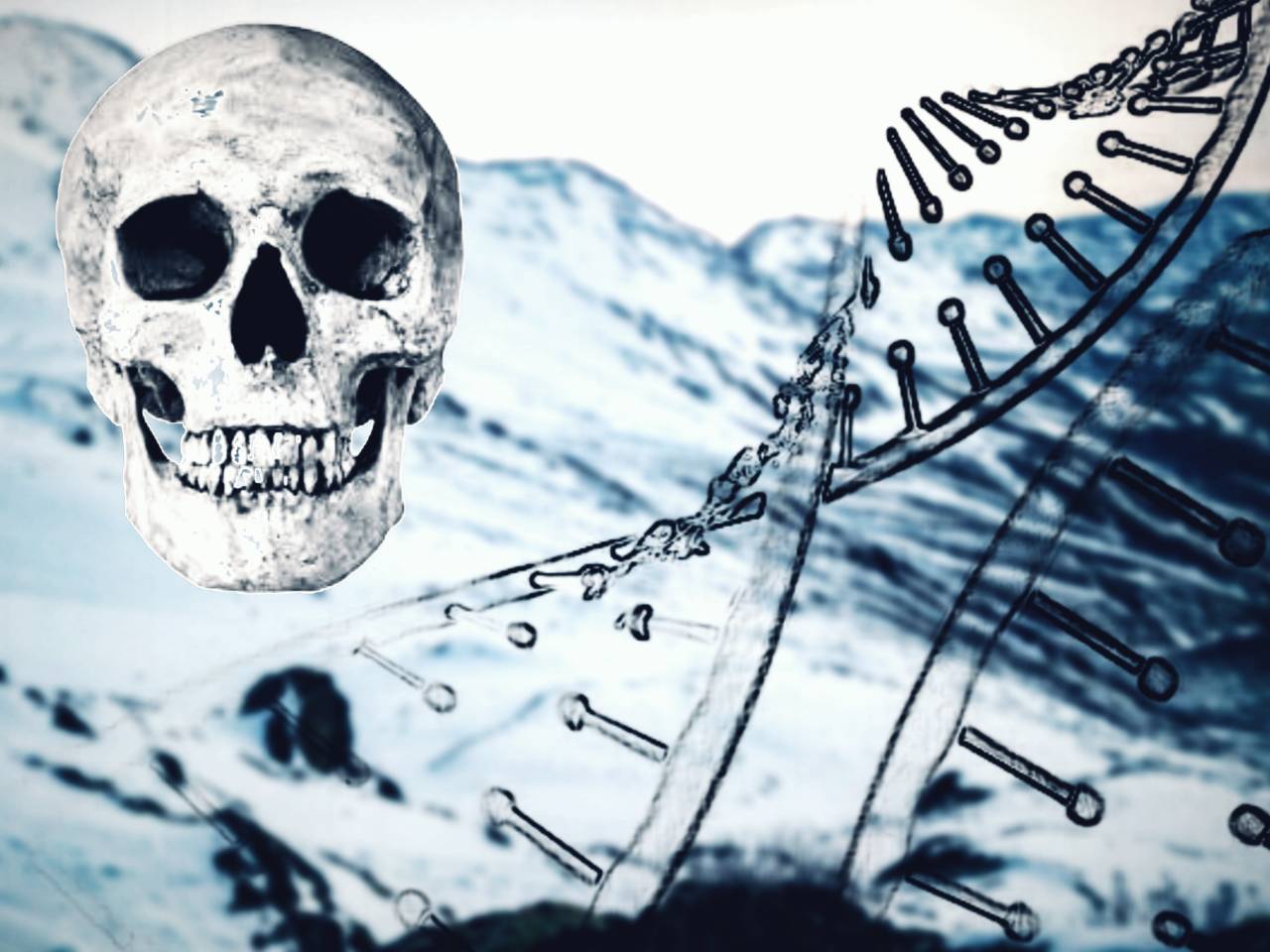 Through their analysis, researchers have discovered that the Roopkund skeletons belong to three distinct genetic groups, and were deposited over multiple events separated by about 1000 years. This contradicts earlier theories that the skeletons were all deposited during a single catastrophic event.

New research indicates that 23 people of South Asian descent died at Roopkund between the 7th and 10th century A.D. Additionally, 14 more people of Mediterranean origin (Greece and Crete specifically) died there a thousand years later in a likely single event.

The reason and circumstances surrounding the presence of a Mediterranean group at Roopkund and their death remain unknown. Researchers have not offered any speculations. However, most scholars believe that the victims were pilgrims who died during the Raj Jat pilgrimage due to a harsh hailstorm.

It is unclear whether the Mediterranean group came for the Raj Jat pilgrimage and then remained at the lake long enough to die there. While DNA evidence suggests this possibility, scientists say that this scenario does not make sense.