Heroes come in all ages. And this young boy who saved his sister from a ferocious dog attack proves just that.

Six-year-old Bridger Walker from Cheyenne, Wyoming, was playing with his sister when an angry German shepherd dog approached them.

Bridger knew what to do to protect his younger sibling. He intentionally threw himself in front of his sister, ensuring he was the subject of the attack and not her. 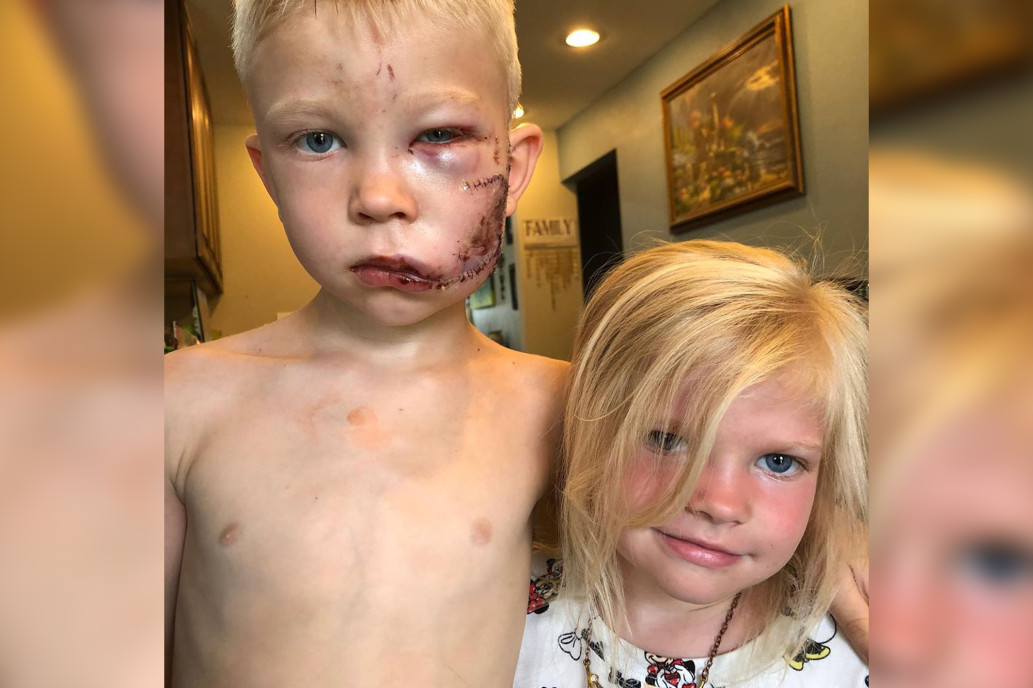 The dog bit Bridger several times on his face and head as he pulled his sister to safety.

He was then rushed to intensive care, where he received 90 stitches.

"He, himself, took on the attack so that the dog wouldn't get his sister."

Nikki's post included photos of the siblings and Bridger following the attack, with bruises and multiple stitches on his face.

Nikki said that when she asked Bridger why he stepped in front of the dog, he said:

"If someone was going to die, I thought it should be me."

Nikki explained Bridger was treated by a "skilled plastic surgeon" following the attack. The young boy is now recovering at home.

"[Bridger's] wounds are looking so much better! He's in great spirits, and his awesome personality is intact."

"He can't smile too widely yet, but he was grinning as I read some of your comments to him."

Bridger's Story Has Received Millions of Shares and Likes, Even from Celebrities

Nikki's post has since gone viral, attracting some attention from superhero movie stars.

Mark Ruffalo wrote in the comments:

"People who put the well-being of others in front of themselves are the most heroic and thoughtful people I know. I truly respect and admire your courage and your heart.""Real courage isn't dominating people or fighting against people or walking around like a tough guy. Real courage is knowing what is right and doing it even when it might hurt you somehow."

Anne Hathaway, who played Catwoman in The Dark Knight Rises, also dedicated a post to Bridger.

"I'm not an Avenger, but I know a superhero when I see one. I can only hope I'm half as brave in my life as you are in yours, Bridger."

Robert Downey Jr has also joined his Avengers co-stars Tom Holland and Chris Evans with a special message for Bridger. He has promised 'something special' for the boy.

If you'd like to support Bridger and his family, you can donate to Mission 22 or the Wounded Warrior Project.

You can also send Bridger rocks, science and geology books, and messages of support and well-wishers.