These days, not all men want to do the chasing when it comes to dating. A few of them prefer a strong woman who is not afraid to approach them. In short, he wants you to make the first move, and you can bet that he will love every bit of it.

In other cases, he might be too shy to make the first move, which means it's up to you to approach him and get things moving.

Still, we all know that a woman who approaches a man faces the risk of being considered "too forward." So, make sure you don't put him off by taking the first step unless he expects it. To help prevent this problem, here are signs you need to look out for to confirm he wants you to make the first move.

1. He Lights Up Whenever He Sees You 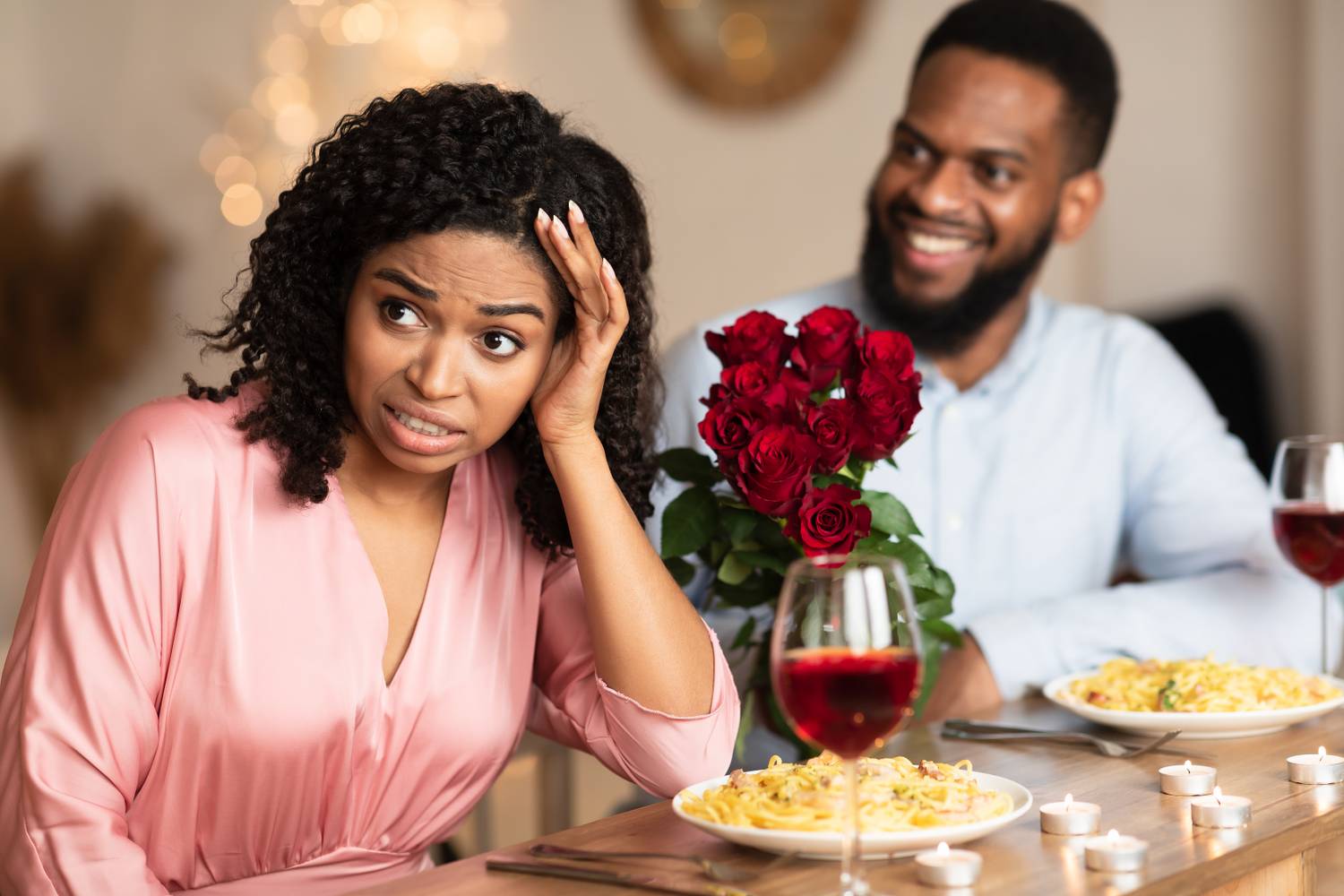 A guy who is into you will respond to your presence by lighting up whenever you show up. He might try to hide his reaction to avoid revealing his feelings towards you.

Even so, you should be able to tell that he likes you based on how hyper he is. This is one of the best signs that he wants you to make the first move. 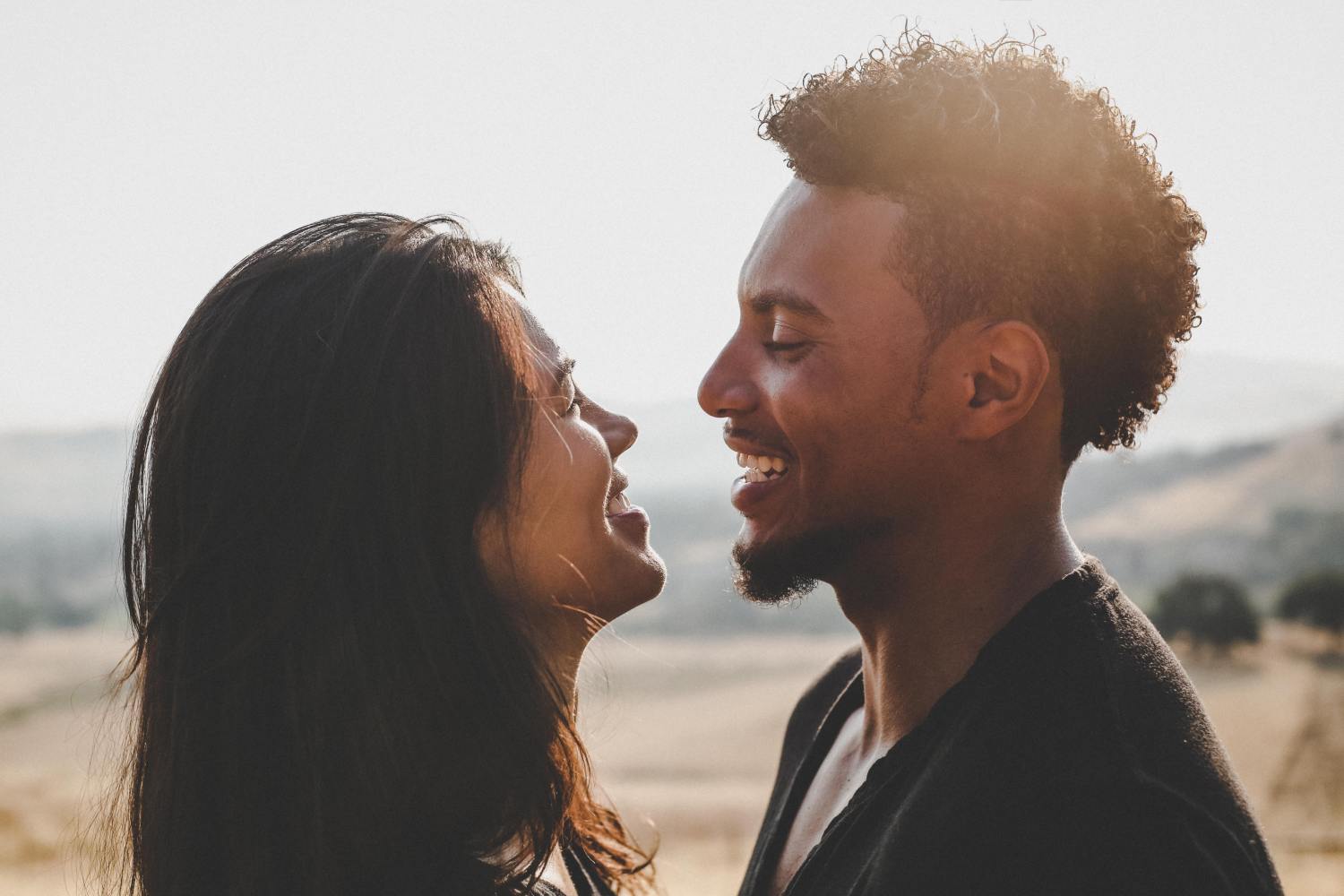 If he wants you, he will keep staring at you. This proves that he can't keep you off his mind.

So, if he seems to be staring at you all the time, chances are that he would not mind if you made the first move. It is possible he has not made a move because he finds you intimidating or simply because he is too shy.

The dead giveaway that he is into you will be his inability to look you in the eye when you are having a face-to-face conversation. This could be a sign that he is too shy or introverted to make the first move.

The surest sign that he wants you to make the first move is an indication that he feels embarrassed whenever you catch him staring at you. Does he quickly look away? Chances are that approaching him would be a huge relief.

3. He Acts Like You Are A Couple When Around His Buddies 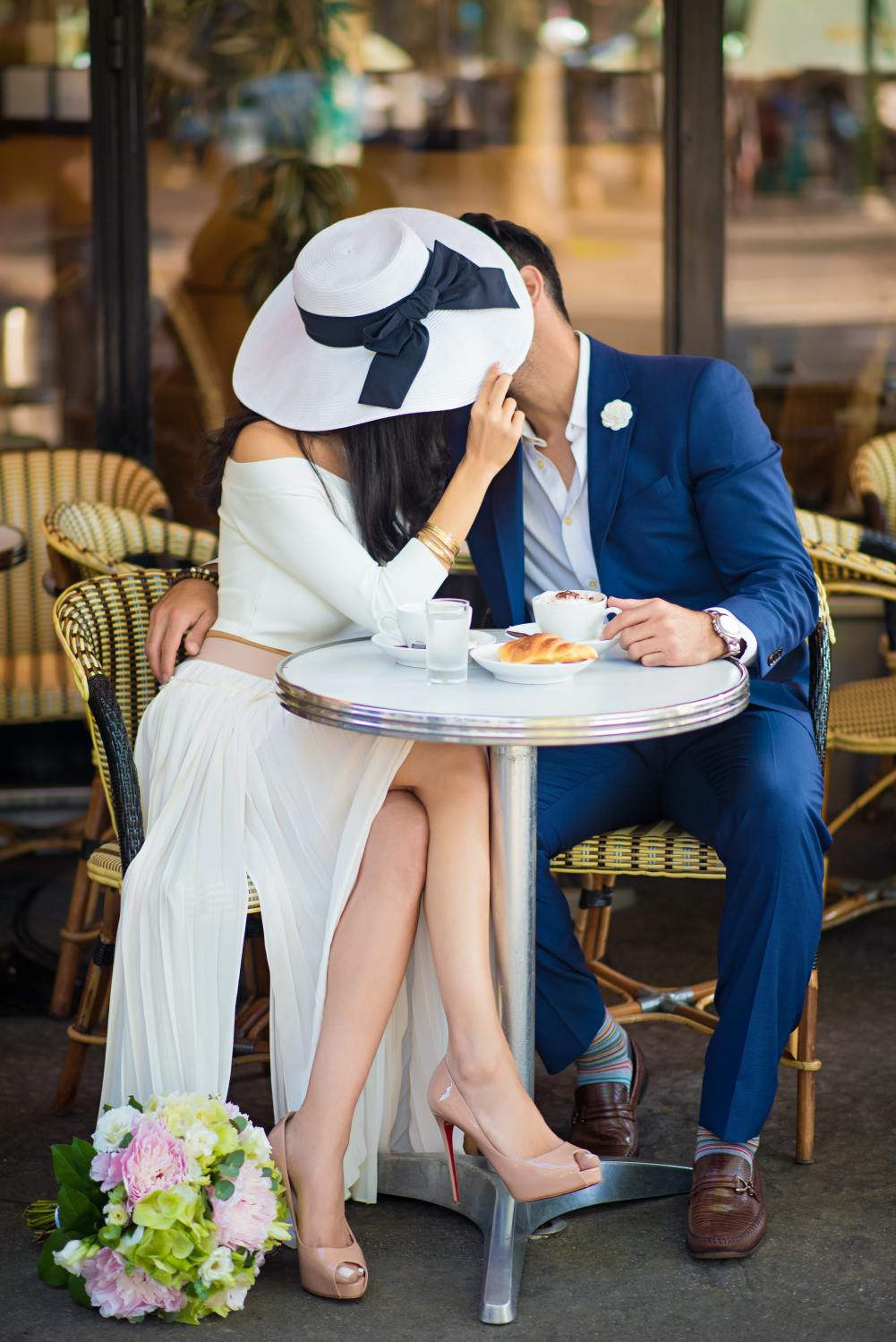 One of the most powerful signs that he wants you to make the first move will be evident in his behavior toward you when you are around his friends.

His buddies probably know that he is interested in you, and he might try to give them the impression that he has made some progress by acting like you are together when they are around.

Most importantly, this proves that he is proud of you and does not mind those closest to him seeing you as his romantic partner.

4. He Goes Out With You Without Saying It's A Date 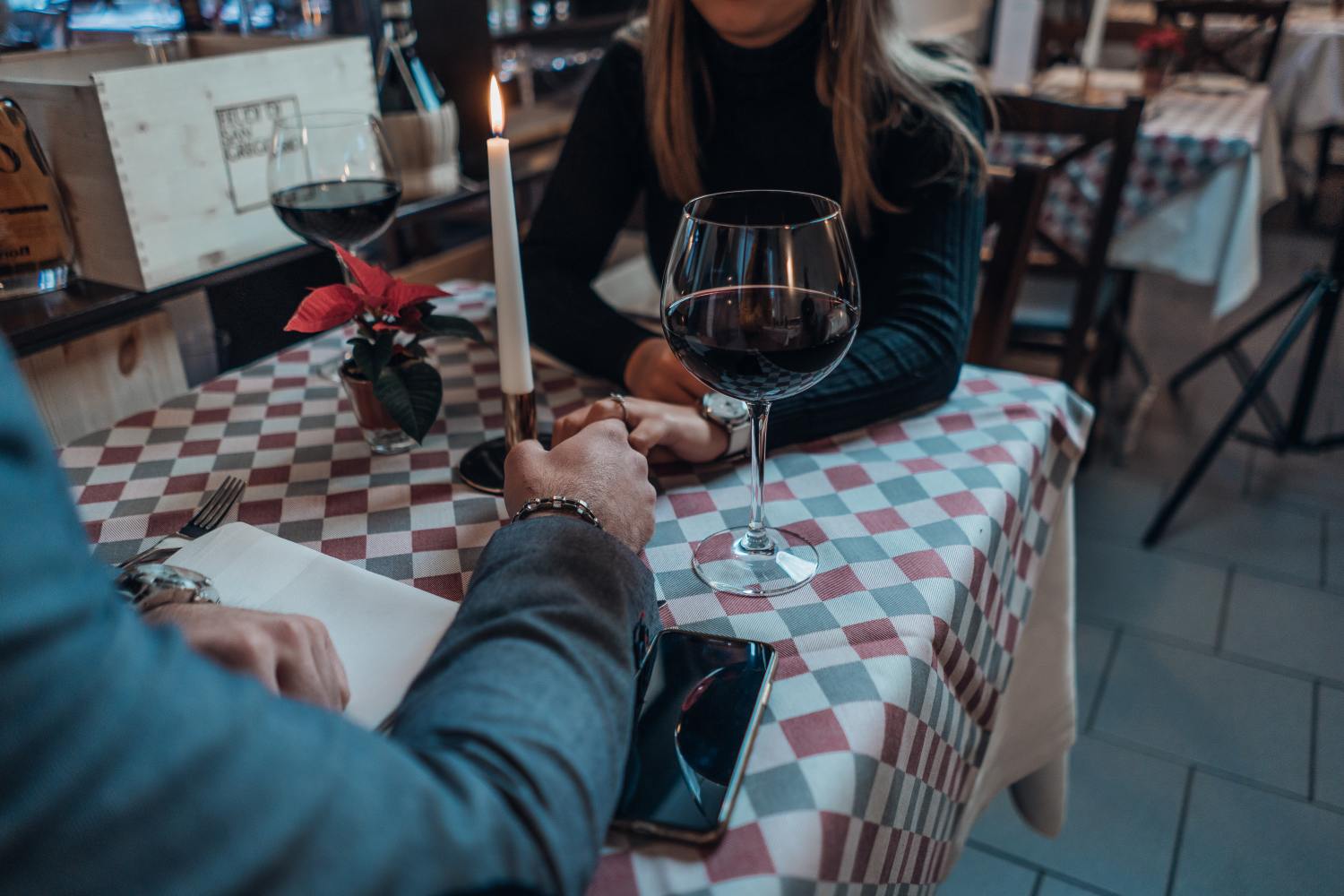 A guy who is shy to ask you out will still ask you out, but without making it clear it's a date. He might say he is inviting you to an event, a concert, or a meal.

However, his behavior will make it clear that the time you spend together is very important to him. He will also treat you like his date rather than his friend by dressing up and focusing on making sure you have a great and romantic evening.

5. He Apes Your Body Language 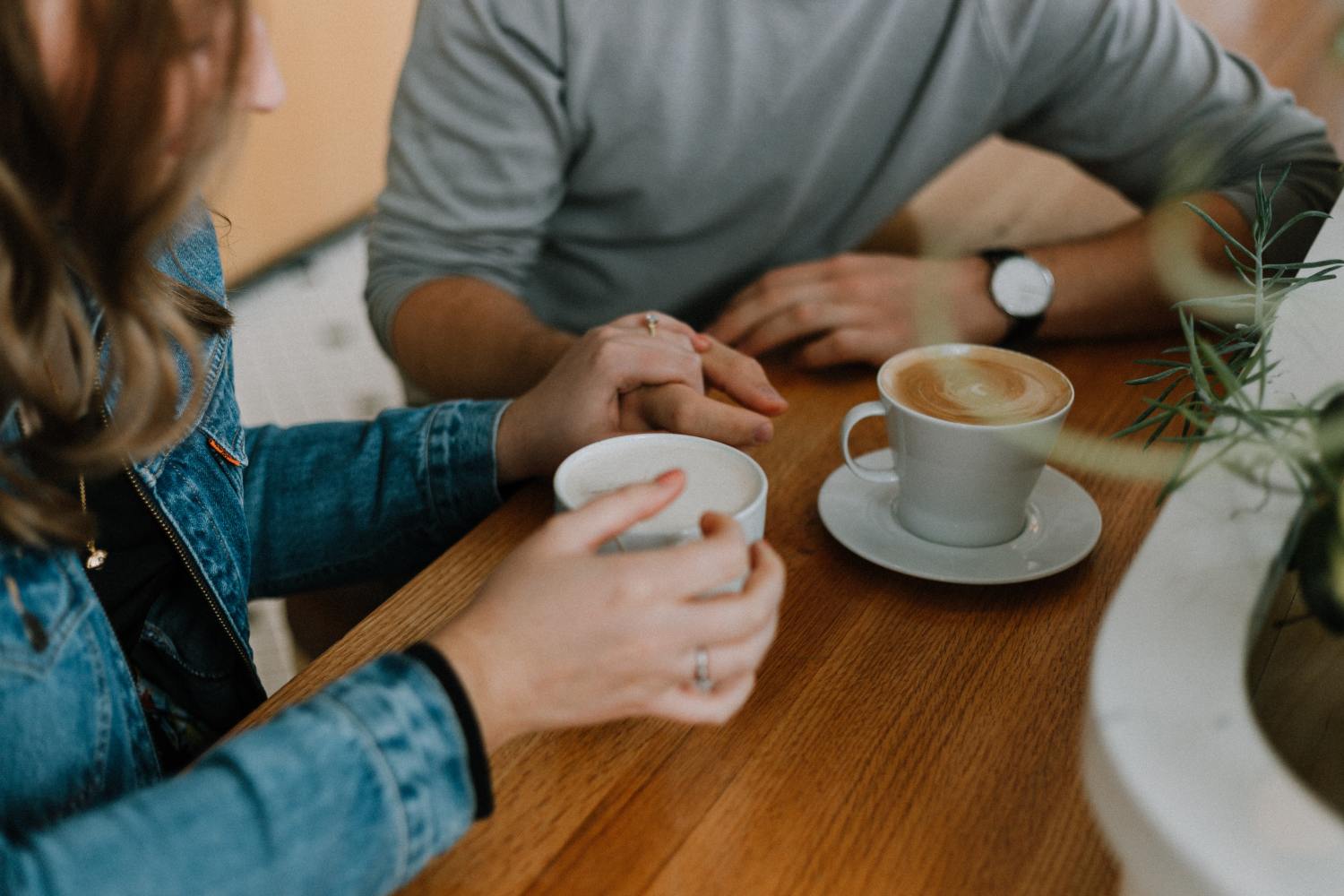 A guy who is copying your body image is obviously into you and wants you to make the first move. For instance, he might lean towards you when you lean closer to him.

More importantly, he might always seem to position himself in a way that makes sure you are facing each other. If he has been doing all this and has not made a move, chances are that he would be happy to follow your lead.

6. His Buddies Tease Him When You Walk In 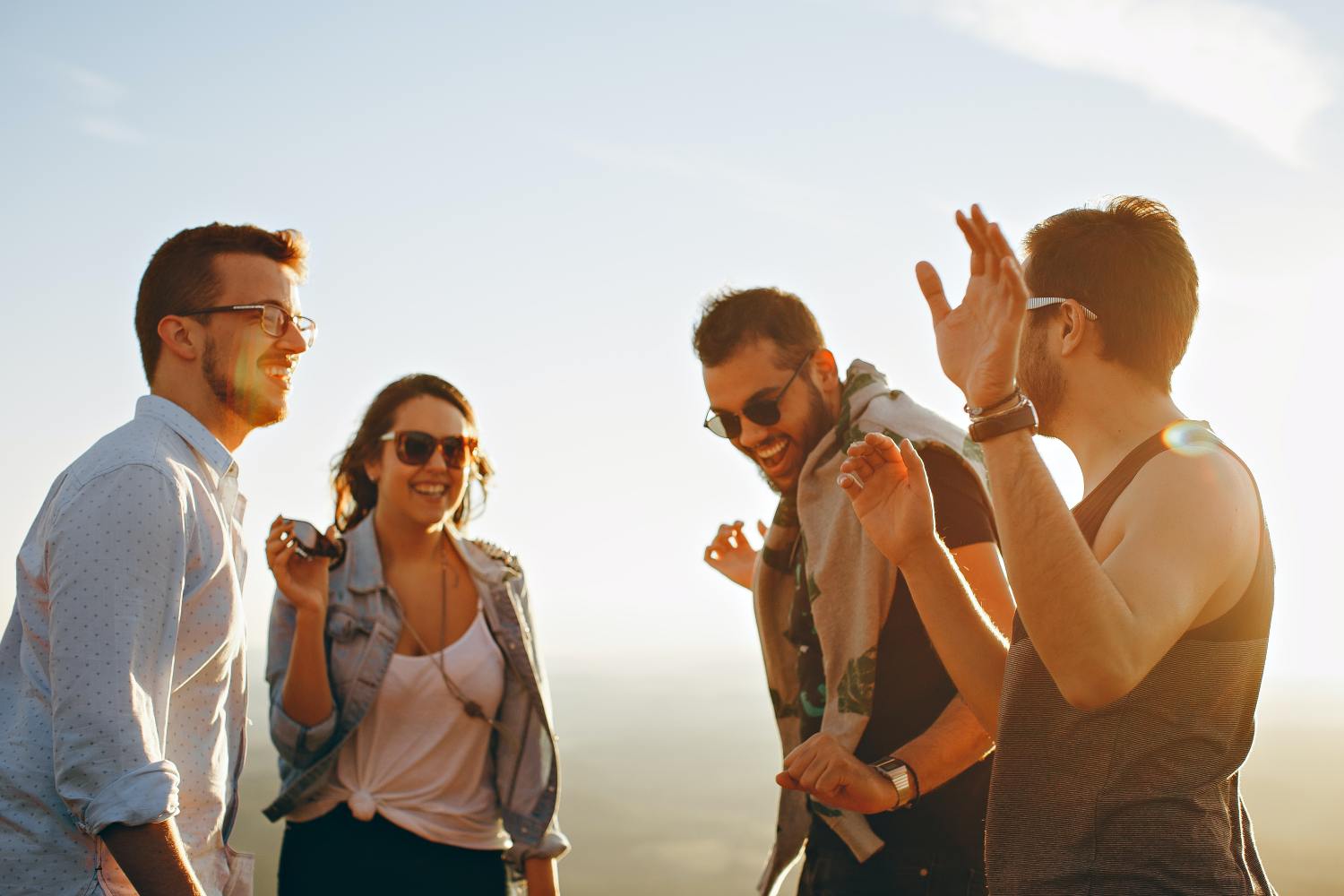 This is without a doubt one of the best signs that he is into you even though he has not made a move. In all likelihood, his friends are teasing him when you arrive at the scene because they know he has feelings for you but can't muster the courage to make his move.

The fact that his friends know about you is a great sign that he has discussed you with them. Under these circumstances, there is a very good chance that he wants you to make the first move and get your romantic journey started.

7. He Gives You Too Many Hugs That Take Too Long 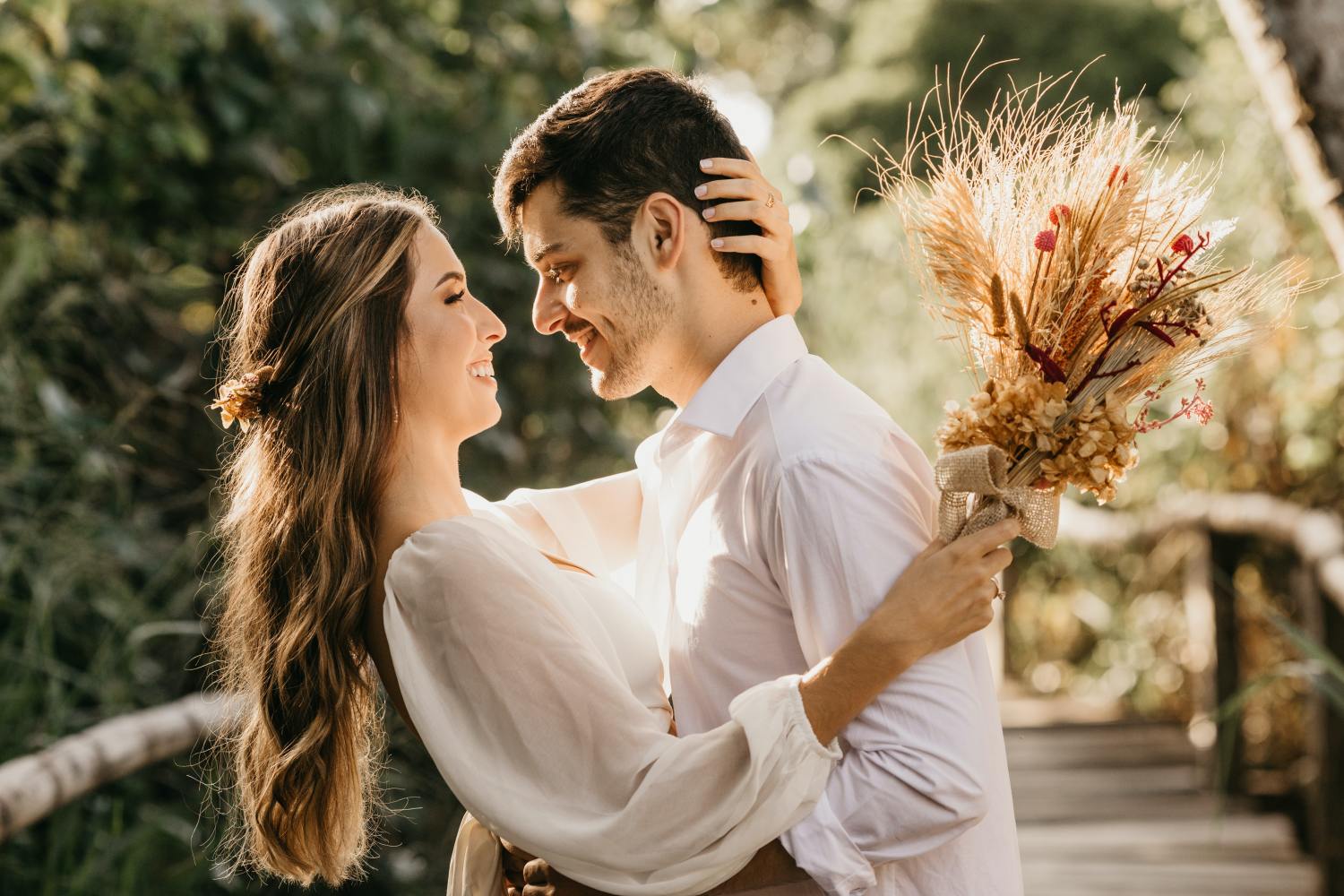 Friends like to give high-fives and hugs. But if the hugs take more than 5 seconds, he sees you as more than a friend.

He will also give you a lot of hugs if he wants you to make the first move. Most guys will hug for like a second and then pull away, but a guy who has feelings for you will linger for as long as he can.

8. He's Always Close To You 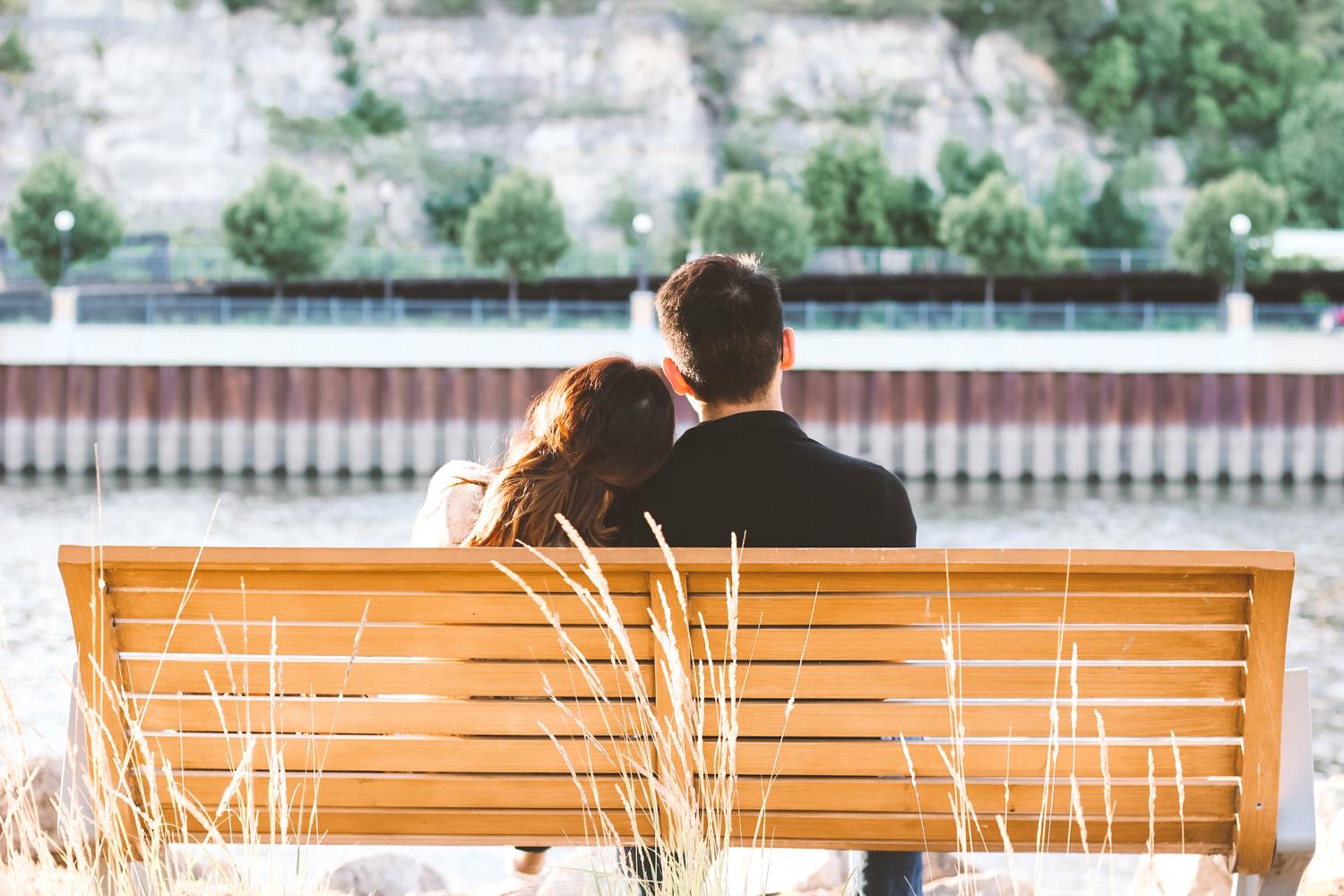 When a guy is interested in you, he will want to spend his every breathing moment next to you. If he has not made it clear that he wants you, this could mean that he wants you to make the first move.

If he seems to make an effort to be close by standing next to you or sitting as close to you as he possibly can, then he might be hoping that you will make a move.

It might be an indication that he is just being friendly, which is why you should watch out for other signs of romantic attraction before making your move.

9. He Always Gets Excuses To Touch You If he never lacks a reason to touch you, even when it's unnecessary, odds are that he is afraid to make a move, which means he wants you to make the first move.

You might catch him brushing against you. He will also find excuses to touch your hair, your hand, and so forth. 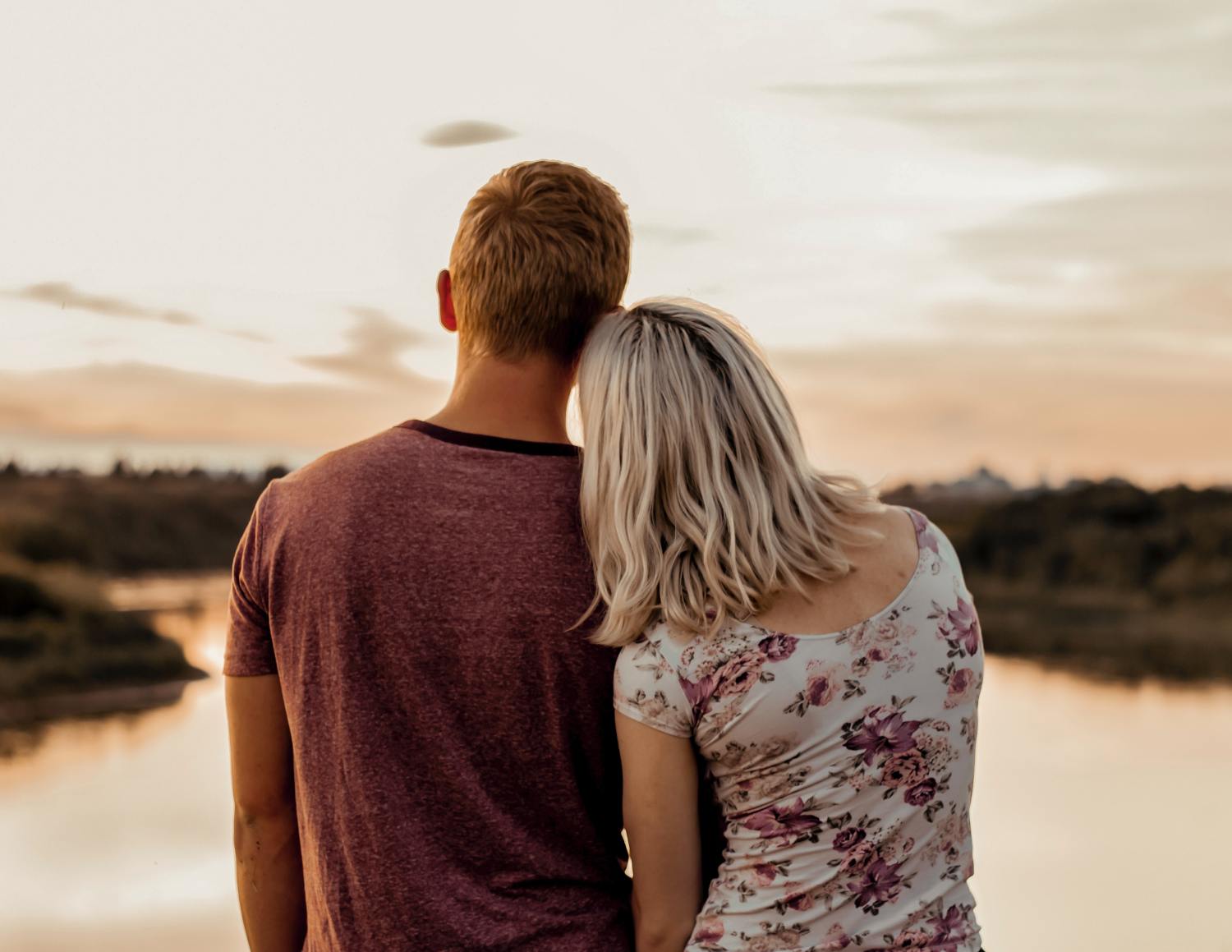 Do you wonder why he always tells you personal things about his life? It might be because he wants you to make the first move.

A guy who opens up to you thinks you are very special since men like to bottle their feelings. Therefore, if he has taken the step to share his feelings with you, he probably sees a lot of potential in you as a romantic partner.

11. You Can Tell He's Jealous When You Talk To Other Guys 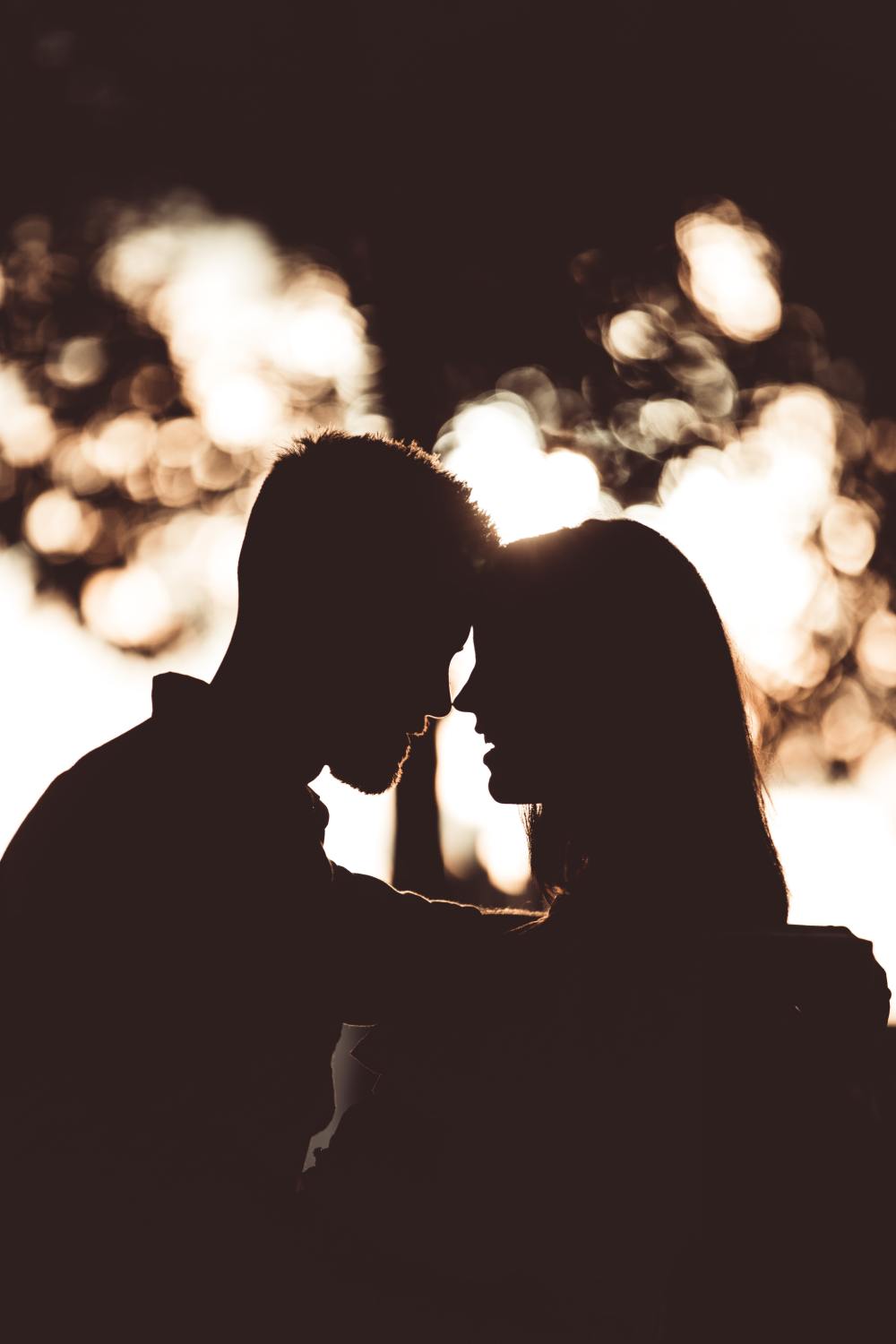 Jealousy is one of the best signs that he wants you to make the first move. A guy who is interested but can't approach you will feel threatened when other guys get too close to you.

His demeanor might change as soon as a guy shows interest. You will also notice that he is very keen about your reaction to such moves by other guys, an indication that he is worried about losing you to other men.

12. He Values Your Advice 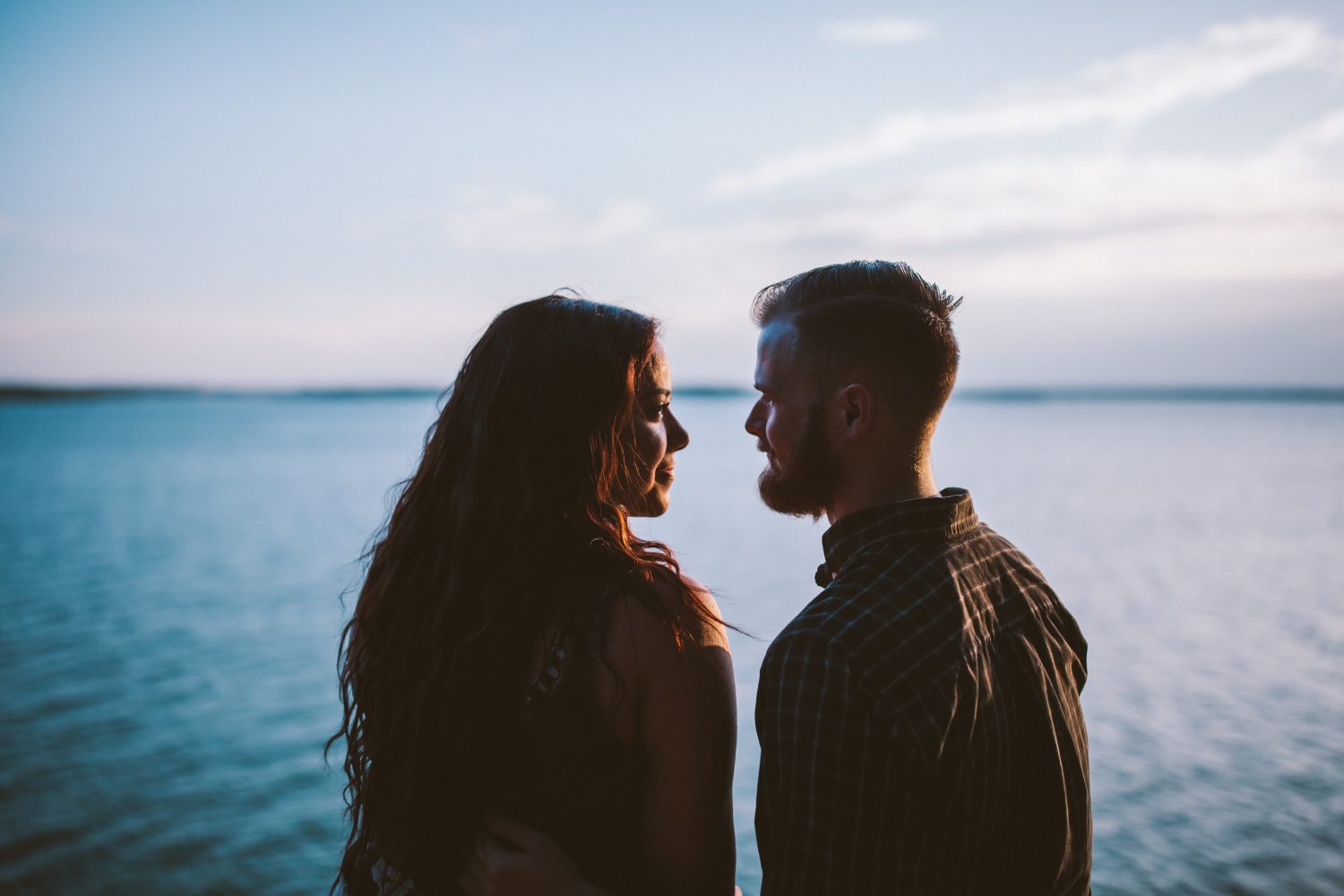 A man who values your advice when making important decisions in his life has strong feelings for you. For instance, he might seek your opinion before taking up a new job.

This demonstrates a certain level of trust and a willingness to open up to you in a deeper way. So, you would not be crazy to think he wants you to make the first move too.

13. He Says He Loves You, But In Passing 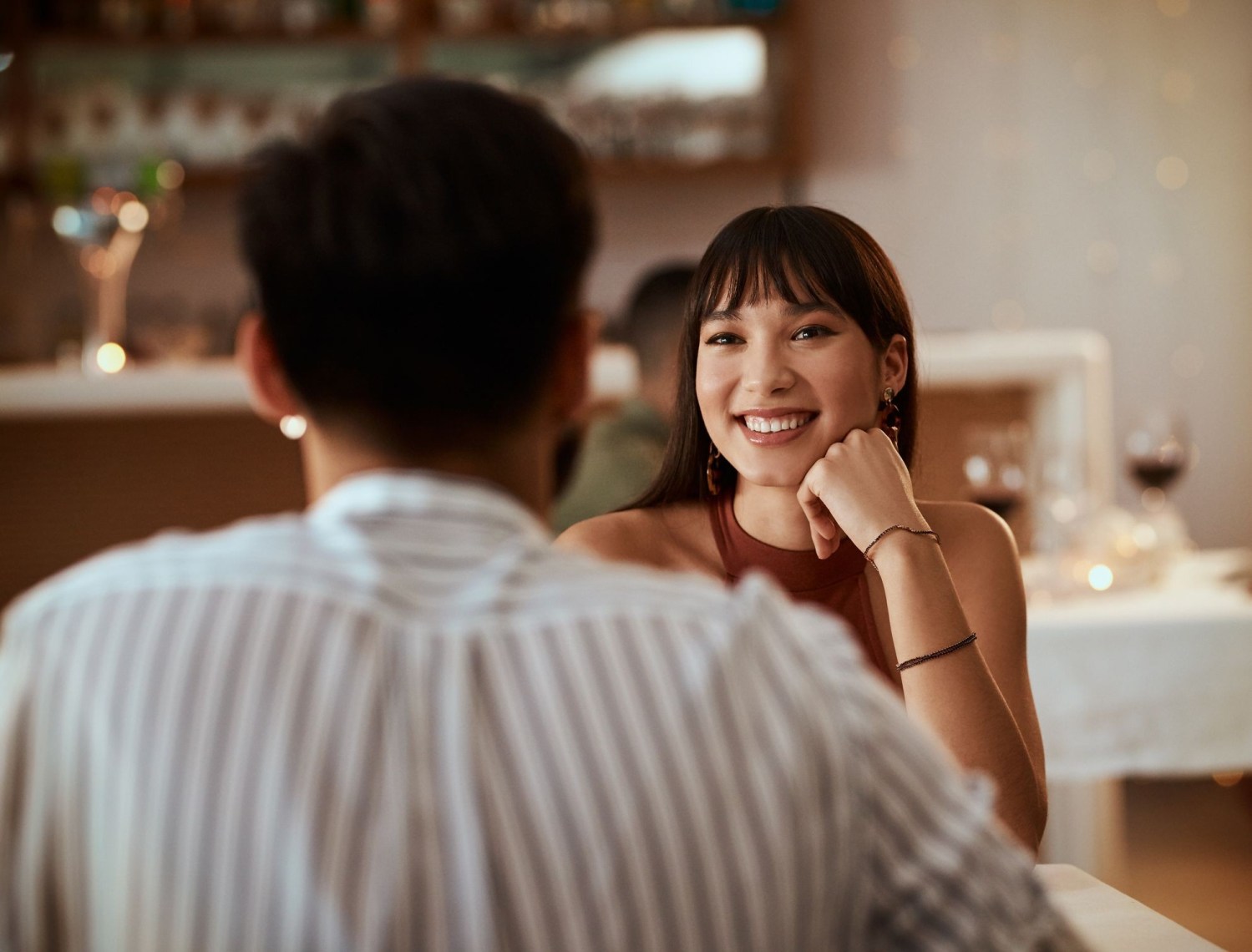 If he has ever said something like "you know I love you," but in passing, it might be because he has real feelings for you.

In particular, you will notice that he says it in a way a friend would not, because the words are based on his actual feelings for you.

14. He Introduces You To His Friends 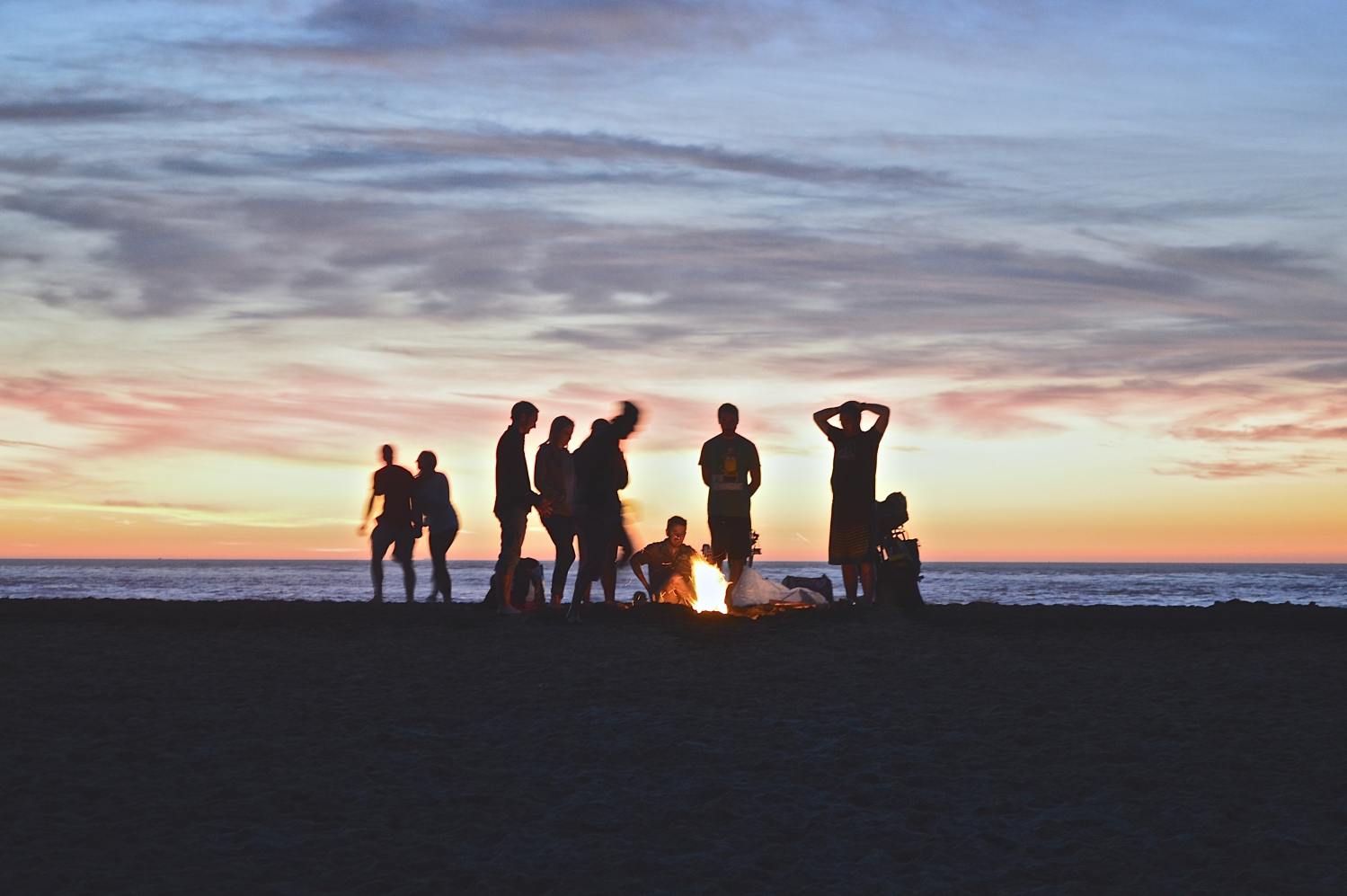 Has he introduced you to his friends? He may want you to make the first move.

When introducing you, you will notice that he is a bit flirty to create the impression that you are romantically involved with each other.

A guy who cares enough about you to introduce you to his friends certainly wants more from you than just friendship.

15. He Is Nervous Around You 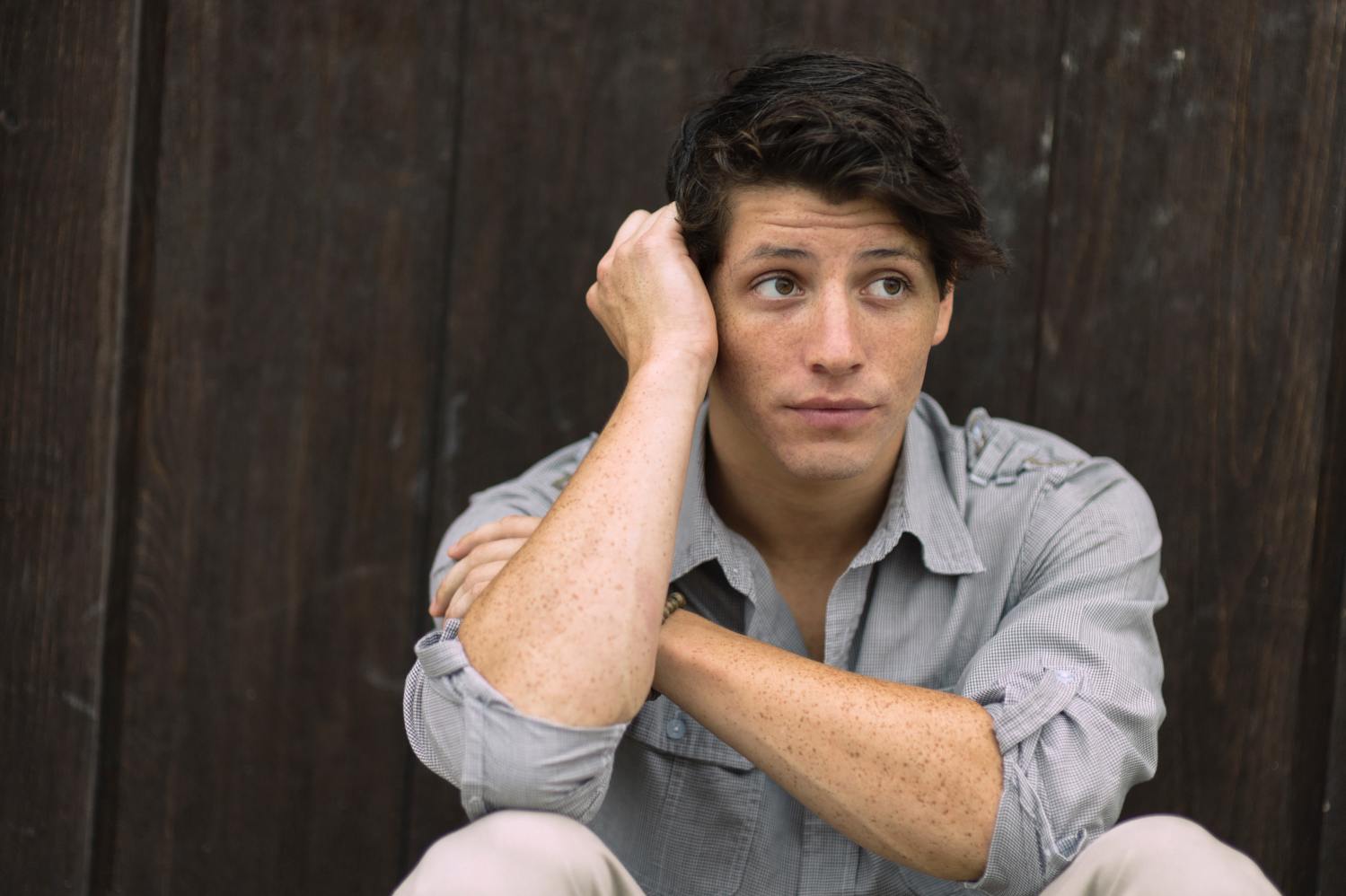 A guy who is always acting nervous around you probably likes you. This shows he has a problem controlling his feelings towards you when you are around.

Maybe he feels he already loves you, but he can't bring himself to open up about it. So, he may want you to make the first move so he can tell you what he really feels toward you. 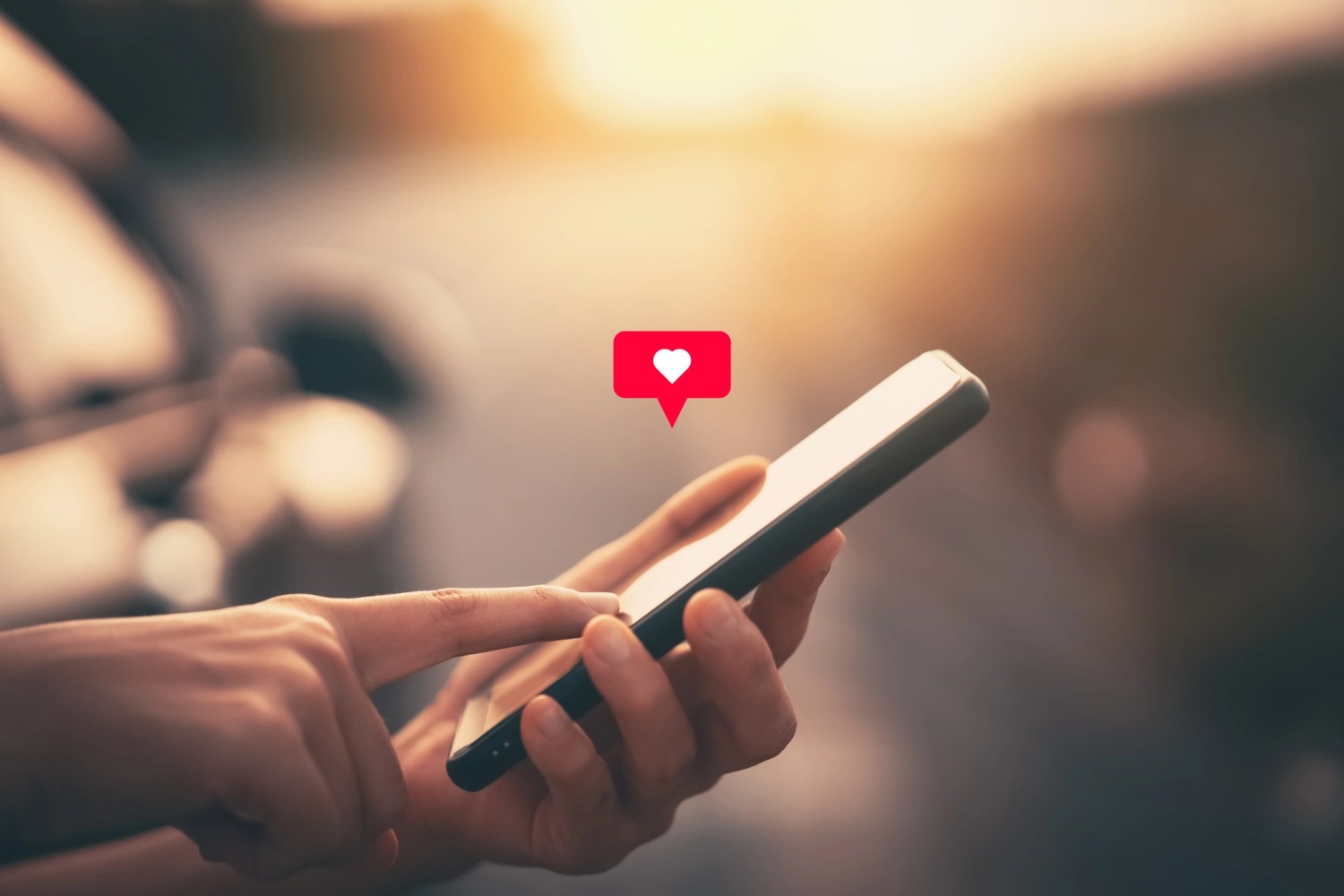 Although he might be very reserved when you talk in person, he could be very chatty over the phone. This should be enough evidence that he feels more comfortable talking to you through the phone.

He might send you funny memes, and songs, or have very deep and serious conversations he is not able to start in person. This is a guy who could use a little help getting a relationship started.

In all likelihood, he wants you to make the first move if he is more expressive online than he is in person. 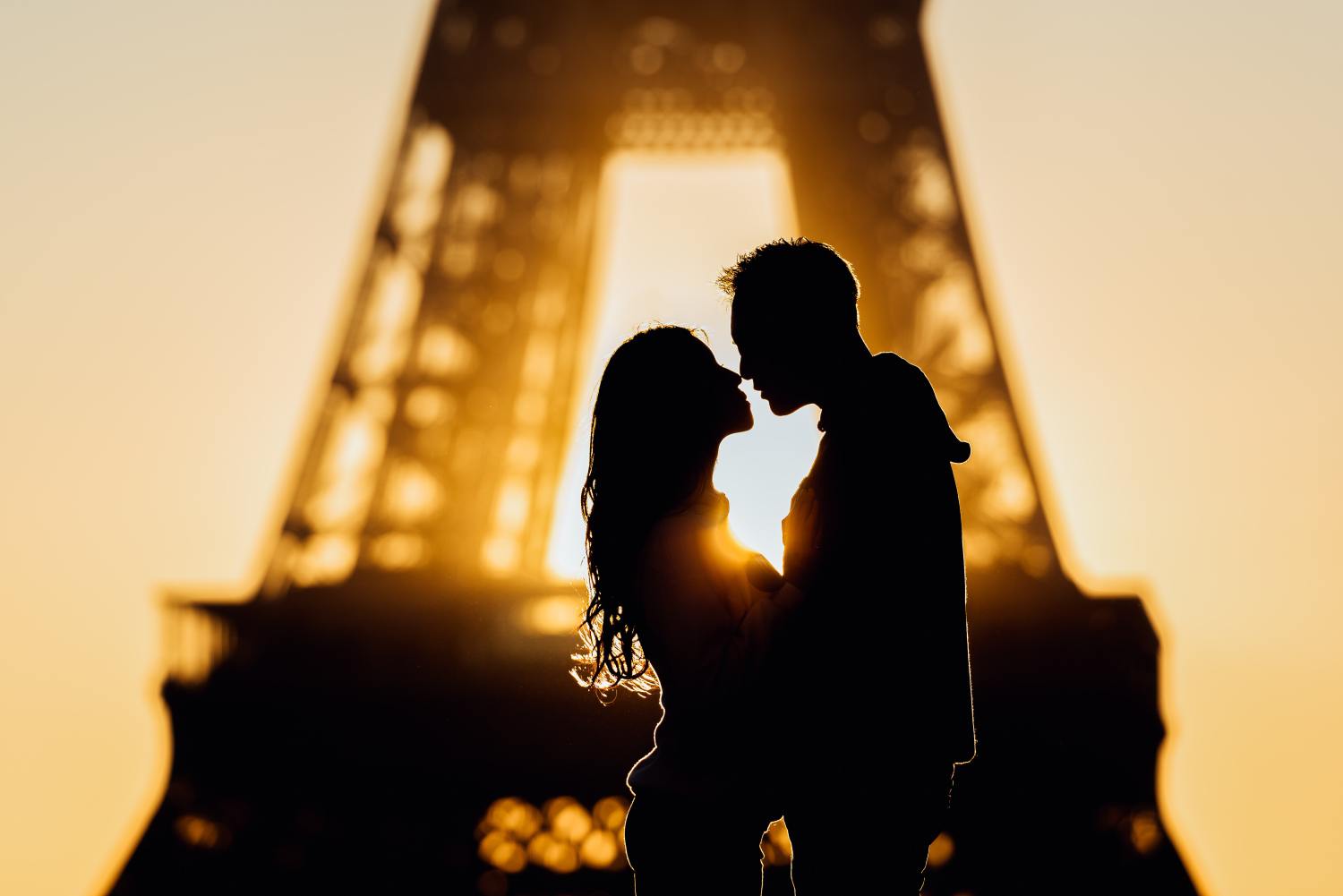 An average guy will have a decent number of options when it comes to dating. Therefore, he might not feel the pressure to commit to any particular girl unless he is focused on making her his own.

If, as far as you can tell, he does not seem interested in any other ladies other than you, despite not telling you he has feelings for you, then he probably likes you.

That would explain why he is always around you and wants to spend as much time as he can with you. If that's the case, then you can be confident that he wants you to make the first move.

18. He Acts Strange When You Ask Him About His Status 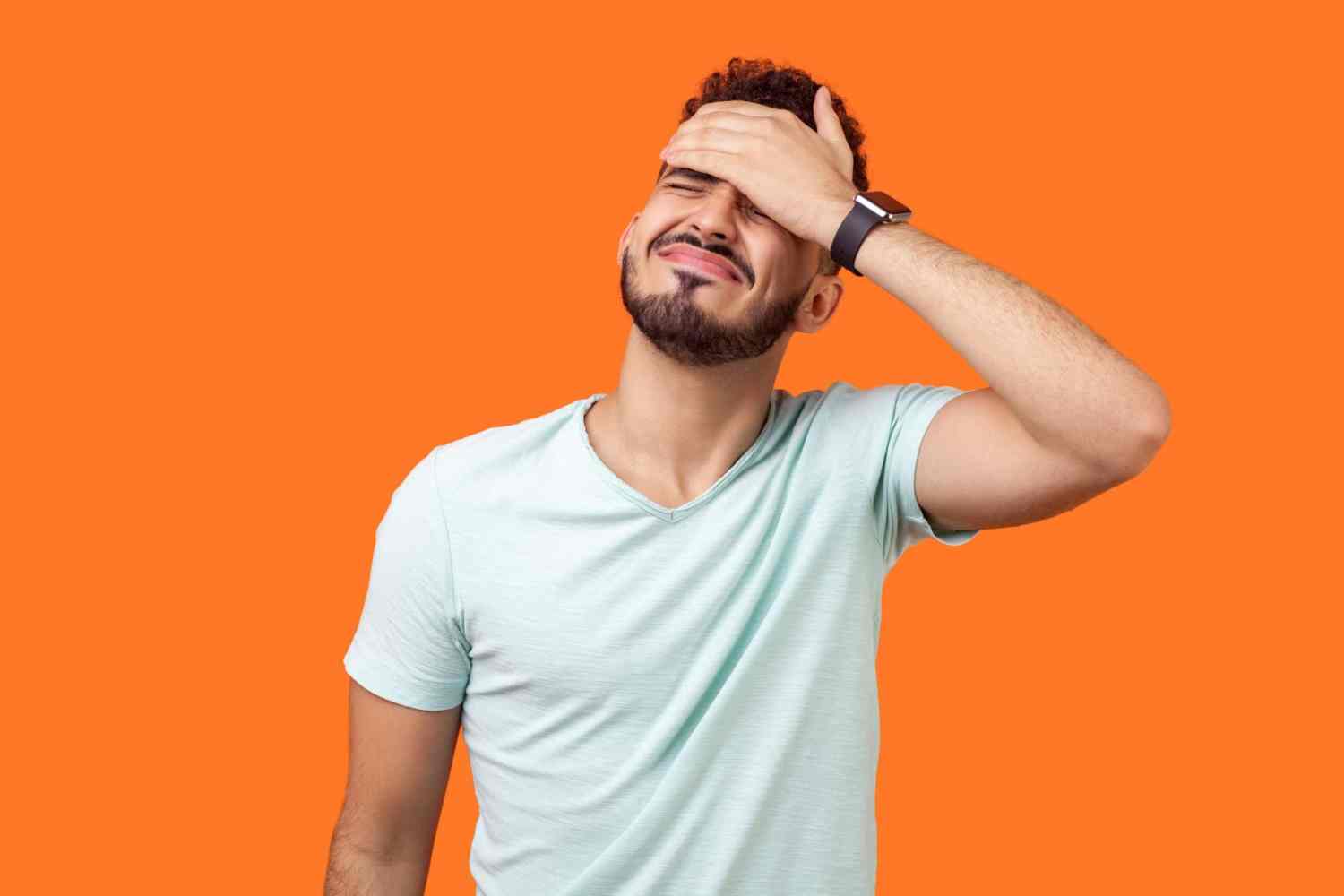 A guy who is into you and doesn't make it clear he wants you will act weird when you ask if he is single or not. He will be especially nervous when you ask him if he has a girl he likes because that girl is you.

Asking him about his status would be a great chance for him to open up, but he might still be too shy to tell you he likes you. In this case, then he may want you to make the first move.

19. He Seems Like He Wants To Make A Move, But Doesn't 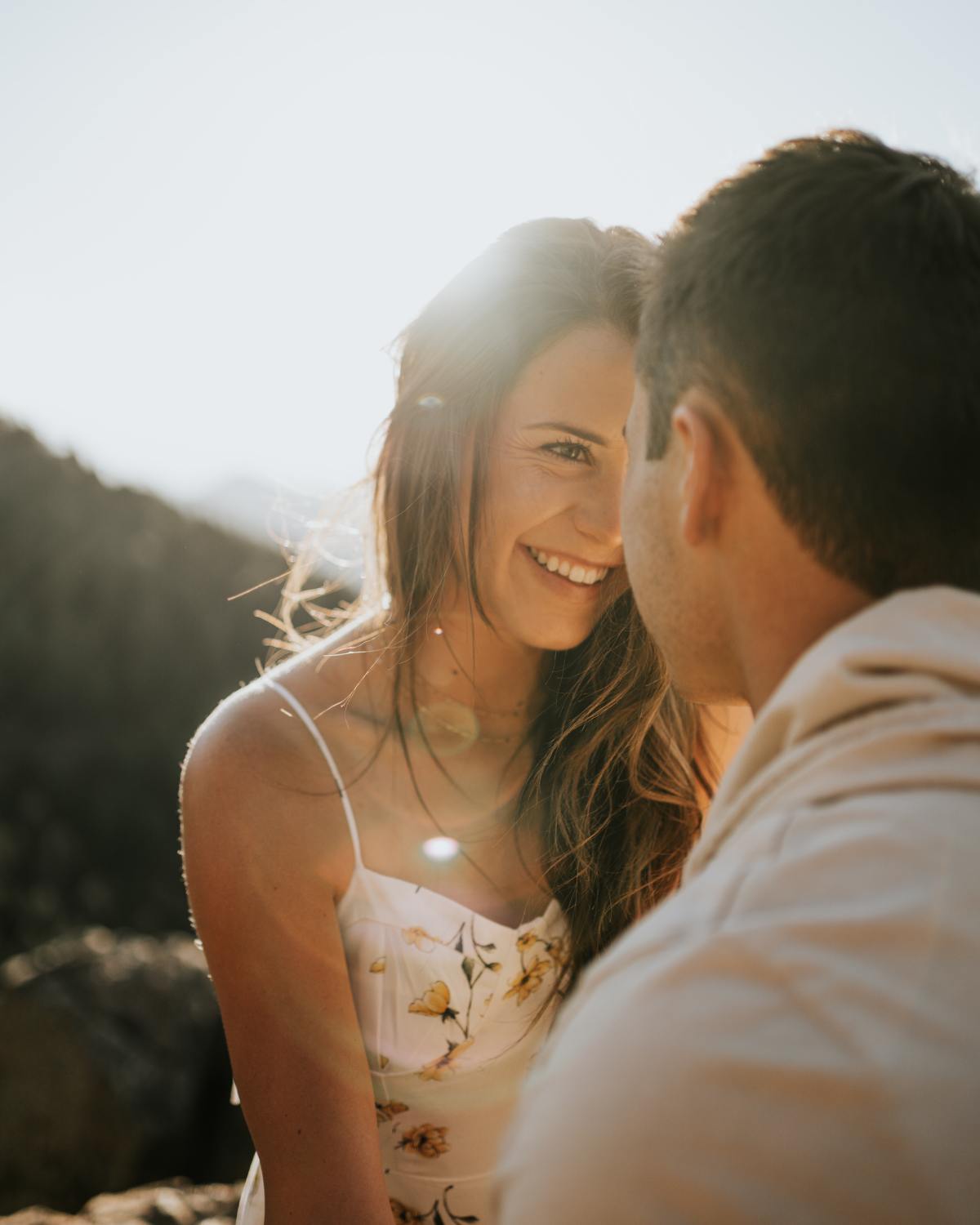 Have you caught him leaning in for a kiss, although he never actually kisses you? Does it turn into an awkward kiss on the cheek or an unexpected hug? 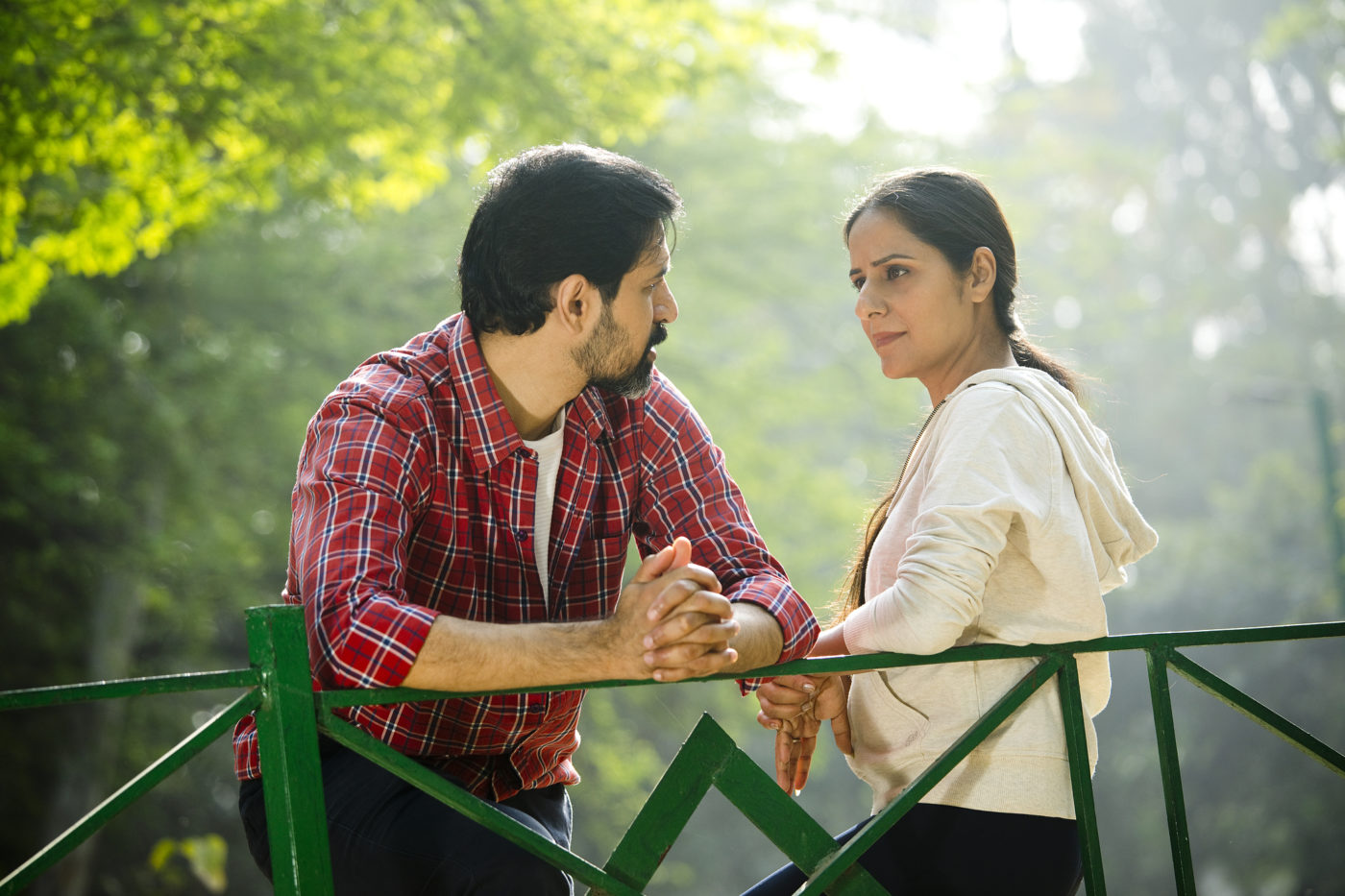 Guys often get criticized for being poor listeners. So, if he seems like a great listener, regardless of what you are telling him, then this is a sign that is probably completely smitten by you.

Why He Wants You To Make The First Move 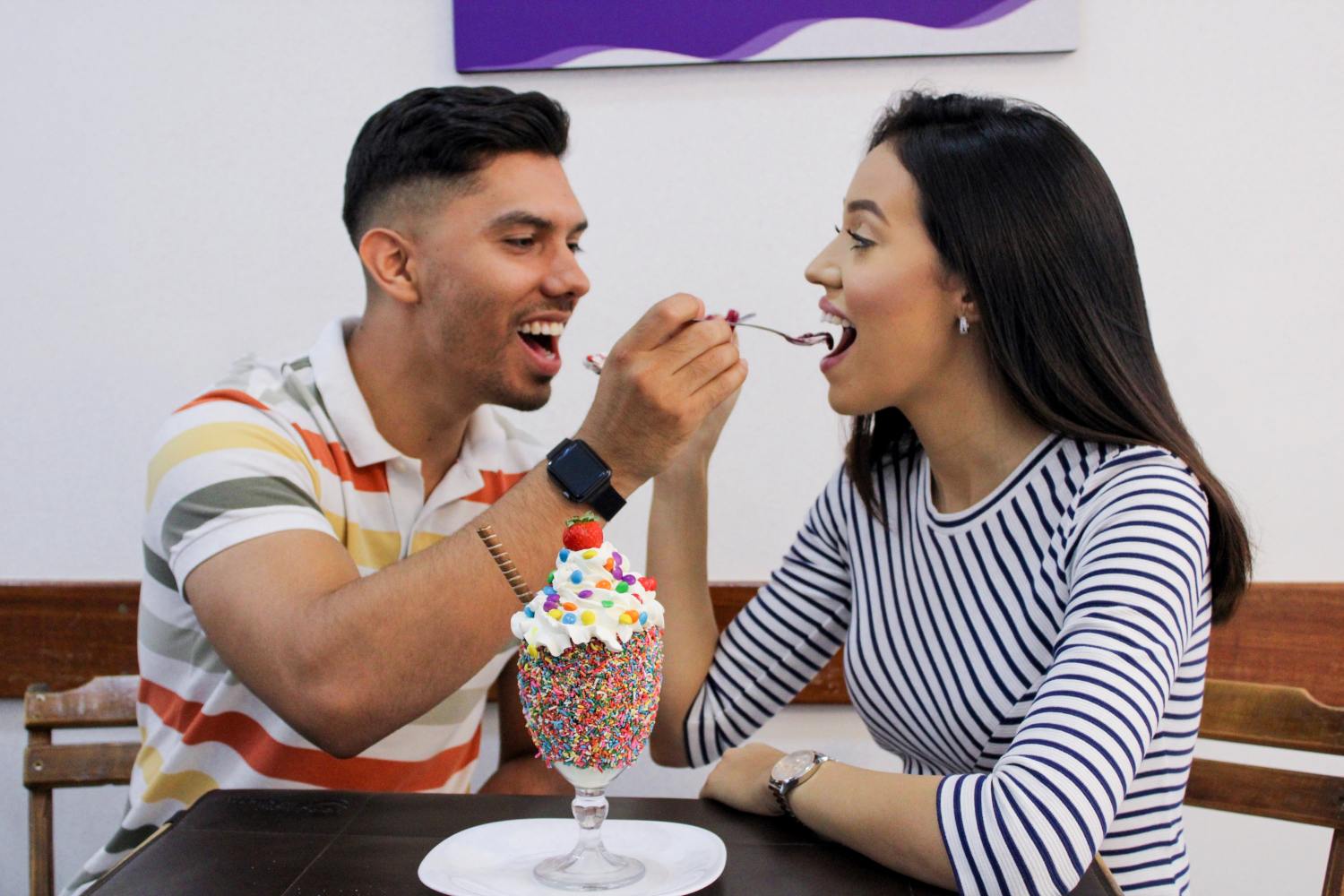 The world is full of shy men, and for them, making a move can be a daunting undertaking. These men settle for making an "indirect move" by showing you that they are interested in using the signs we have just discussed.

So, if you see the signs above, he is mostly doing this on purpose or because of the strong feelings he has towards you. In short, he wants you to make the first move.

In case you are wondering, you can make the first move by offering to buy him a drink or by telling him to take you out on a date.

Also, simply being more flirtatious might be the motivation he needs to step up and start dating you more confidently.

Remember, just because he wants you to make the first move, it does not mean he is not into you. That said, be careful to avoid guys who want your attention but don't want you.