Allie Rae, the mother of three and a loving wife, earns $250,000 monthly thanks to OnlyFans. But, she doesn't post just any content: she shares sex videos of herself and her husband but insists they are a "normal family."

Boston-born OnlyFans favorite, worked in a hospital's neonatal intensive care unit, tending to sick babies. When they found her OnlyFans, they gave her an ultimatum: delete it or quit.

Talking to Jam Press, Allie opened up about the last couple of years, life after leaving the job, and what's coming up this fall.

Who Is Allie Rae?

Allie, born 2 May 1984, signed up for the Navy at 17, serving as a yeoman who assisted the admirals.

At 18, she married her husband, and they had two children right away.

Rae—who uses a stage name—left the Navy in 2006, following Hurricane Katrina. She was stationed in New Orleans during the disaster, and witnessing the devastation and loss of life firsthand had taken its toll.

She then worked in marketing, but after she enrolled in nursing school, Rae thought she had found the calling she was made for. 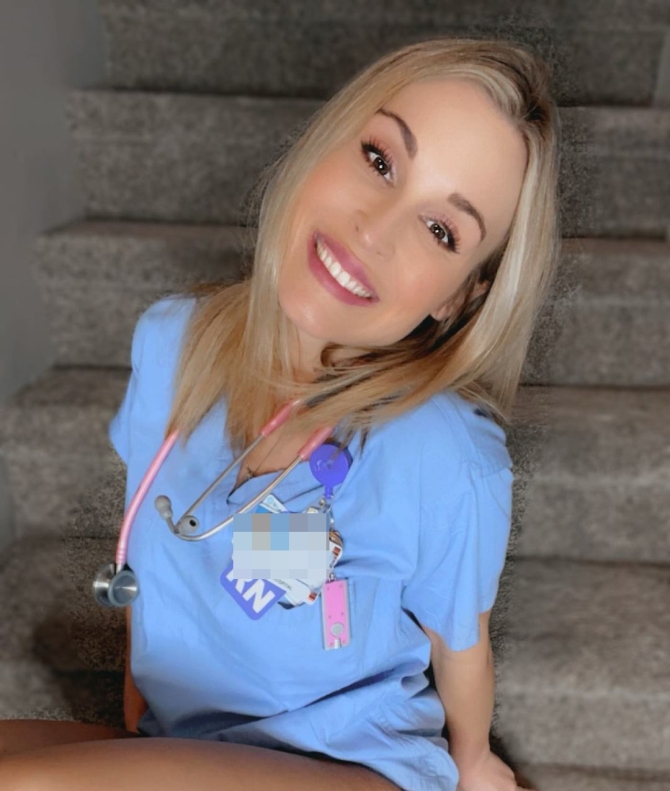 While working in a hospital in Massachusetts, she realized that she had a gift for helping people as she said, "I can say with pure confidence that I was a fantastic NICU nurse."

Rae worked 14-hour days in the neonatal intensive care unit, which she describes as "taxing on my body" and "emotionally draining." But she loved her work.

To blow off steam—and entertain herself—Rae began posting revealing shots of herself on Instagram and The Chive under the alias "Allie Rae."

In December 2020, after nearly nine years on the job, six nurses in her unit stumbled across some of her photos online and reported them to their boss.

Rae spoke about it, saying:

"They informed my manager about that, and I was called into the office about their social media policy."

Rae was given a warning, but her OnlyFans account was discovered three months later.

It was like "Mean Girls for adults," Rae recalled. She did not want to delete her OnlyFans account, so she quit.

Rae had accumulated a decent online following thanks to her bikini-clad images on Instagram and The Chive. Then, with OnlyFans and videos with her husband, she became a star.

The 38-year-old insists that her family life is "normal for the most part."

Rae continued by saying that Steve, her husband, and she only make movies two or three times per month.

Allie stated they are "just parents who run a business from home."

She admits that being on OnlyFans made her see her three sons more, and they get to see exotic destinations, thanks to the earnings:

"Our favorite spot is Cap Cana in the Dominican Republic, and we also love Hawaii."

Steve worked in an airline company but left his job due to the Covid-19 uncertainties. 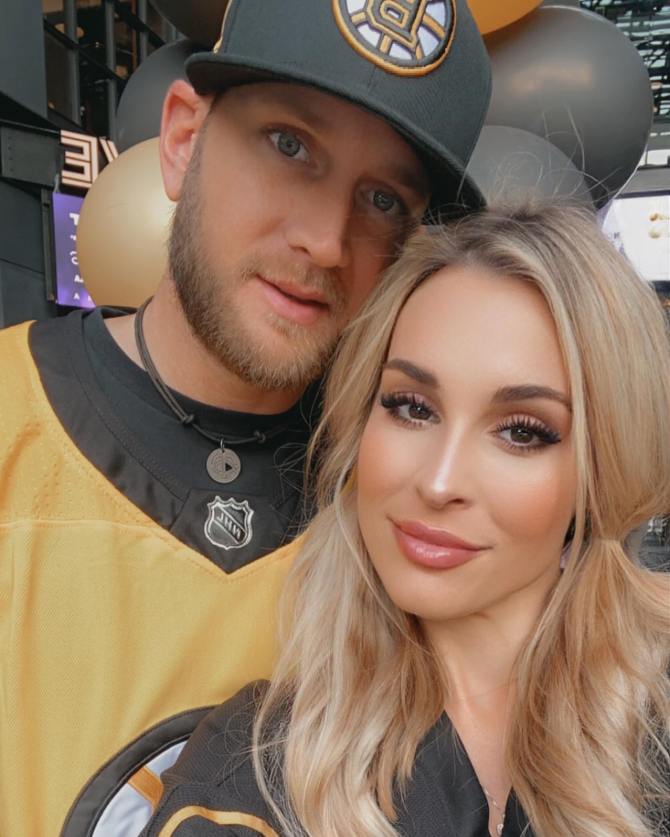 He felt weird quitting, he admitted, "I certainly didn't need to be there financially anymore because we were doing so well online, but I enjoyed what I did."

Steve works on keeping his wife grounded, as she "tends to want to overwork herself, and she sometimes forgets to just stop and relax."

Allie admits they were initially scared and "went to great lengths to keep our activities a secret."

The couple told their friends, and they were okay with it.

She added that "I think it's a pretty sick gig."

As for Steve, he hates the camera, so he "doesn't show his face, just his parts." 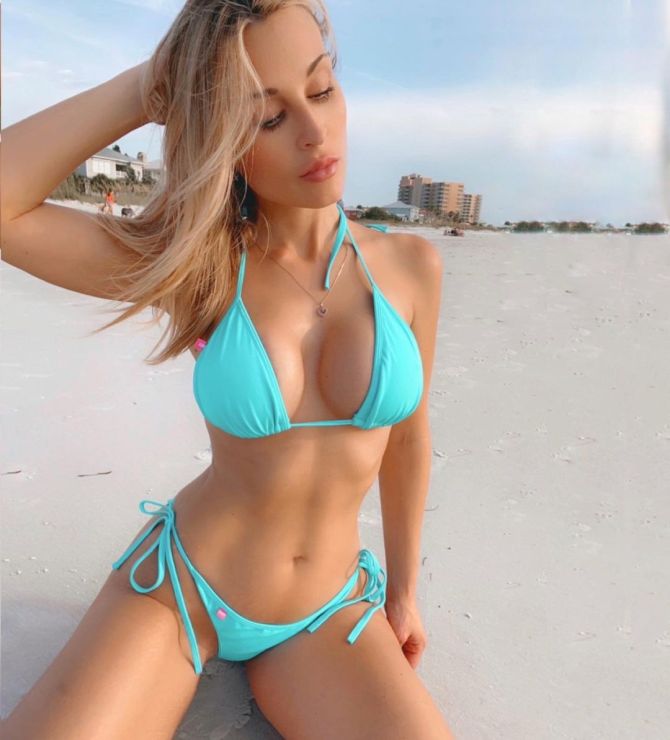 Allie said that her younger sister and her husband were of great help with the technical stuff, but it took losing a job and a couple of friends to get to where Allie and Steve are now.

She assured there is a stigma involved:

"The stigma against people in the sex-work industry and OnlyFans ran a really good nurse out of the hospital."

Once Steve and Allie accepted the reality, they grew closer.

"We are very down-to-earth people," she said.

Everything you see is real, as Rae explained:

"There are so many times when we intend to film a video, but we get carried away in the moment of our own thing that we throw the camera to the side."

Rae concluded her confession by saying the two are very much in love.

How Rae Got Into OnlyFans

In the early months of 2020, as the COVID-19 pandemic upended people's lives worldwide, OnlyFans exploded.

Rae began receiving DMs from her Instagram followers telling her to start an OnlyFans account, so she and her husband thought, let's see what this is all about. They set up her OnlyFans in September 2020, and the feedback was highly positive.

"I posted every day—or every other day—and by the end of our first month, we'd made $8,000, which surpassed my monthly nursing salary."

"And it was COVID, so it wasn't the most pleasant time at work. To see that much money come in with such little effort..."

She claims she was "just your typical girl," adding, "My husband and I were married very young, so it was liberating."

Rae came a long way from shy, barely nude photos to racier images and, finally, sex videos with her husband.

No wonder she calls her OnlyFans a "behind-the-scenes version of our life."

"We've definitely expanded our horizons from the beginning," she offers. "I never saw us selling videos of us having sex to strangers online, but now we do it. That came with many late-night conversations and talking things through together."

"It's a full-time job for me now, but I never want it to feel like I'm 'selling myself' online. It's just us having fun and enjoying ourselves."

Rae's husband has always been involved in her OnlyFans activities. Their children—ages 12, 17, and 18—had been largely kept in the dark. The oldest ones learned about it:

"We took the two older kids out to dinner, and I told them I was doing some influencer-type work, and they were like, 'We got it. We're good. We know,'"

Rae Still Misses Being A Nurse

Rae and her husband live in Florida, where they moved after she left the hospital, only a few months shy of receiving her doctorate in nursing.

Rae misses nursing and is still haunted by how she was cruelly pushed out of the hospital.

"I didn't like the way I was looked at and treated and the way that I was labeled. Everything shifted." she maintains.

"But nursing takes a toll on you, and after I got past the fact of, 'How could everyone be so mean?' I realized I could spend more time with my kids, make them breakfast every morning, and be there for dinner every night." 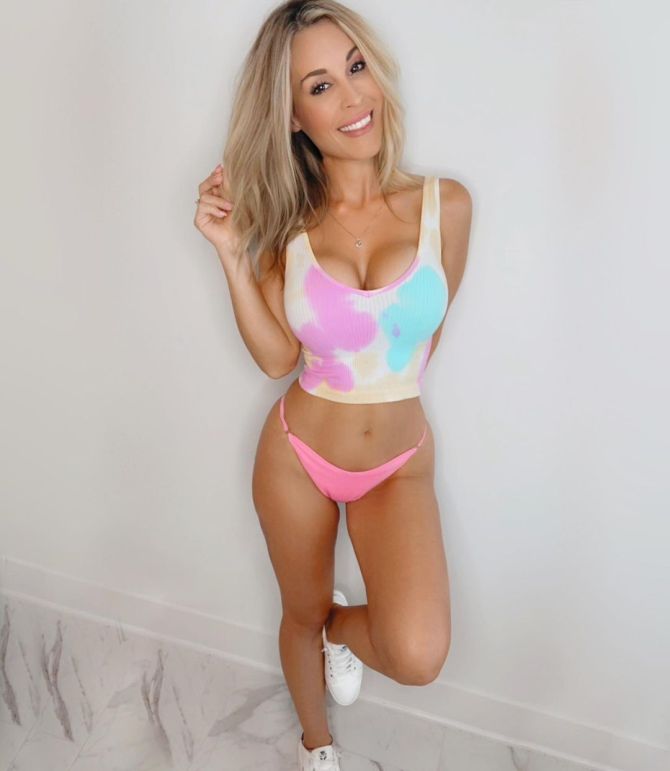 "I did have a passion for what I did—doing something meaningful. It's the purpose that I'll miss the most. I won't say that what I do now is empty because I do give a lot of advice to people struggling with their relationships… but I do miss nursing. The wound is still fresh."

She also finds it strange just how much more she's making on OnlyFans compared to her far busier nursing days.

"It's very little money for saving a life every day—especially in the NICU," she says with a deep sigh. "That really opened my eyes. There's definitely an underappreciation for nurses." 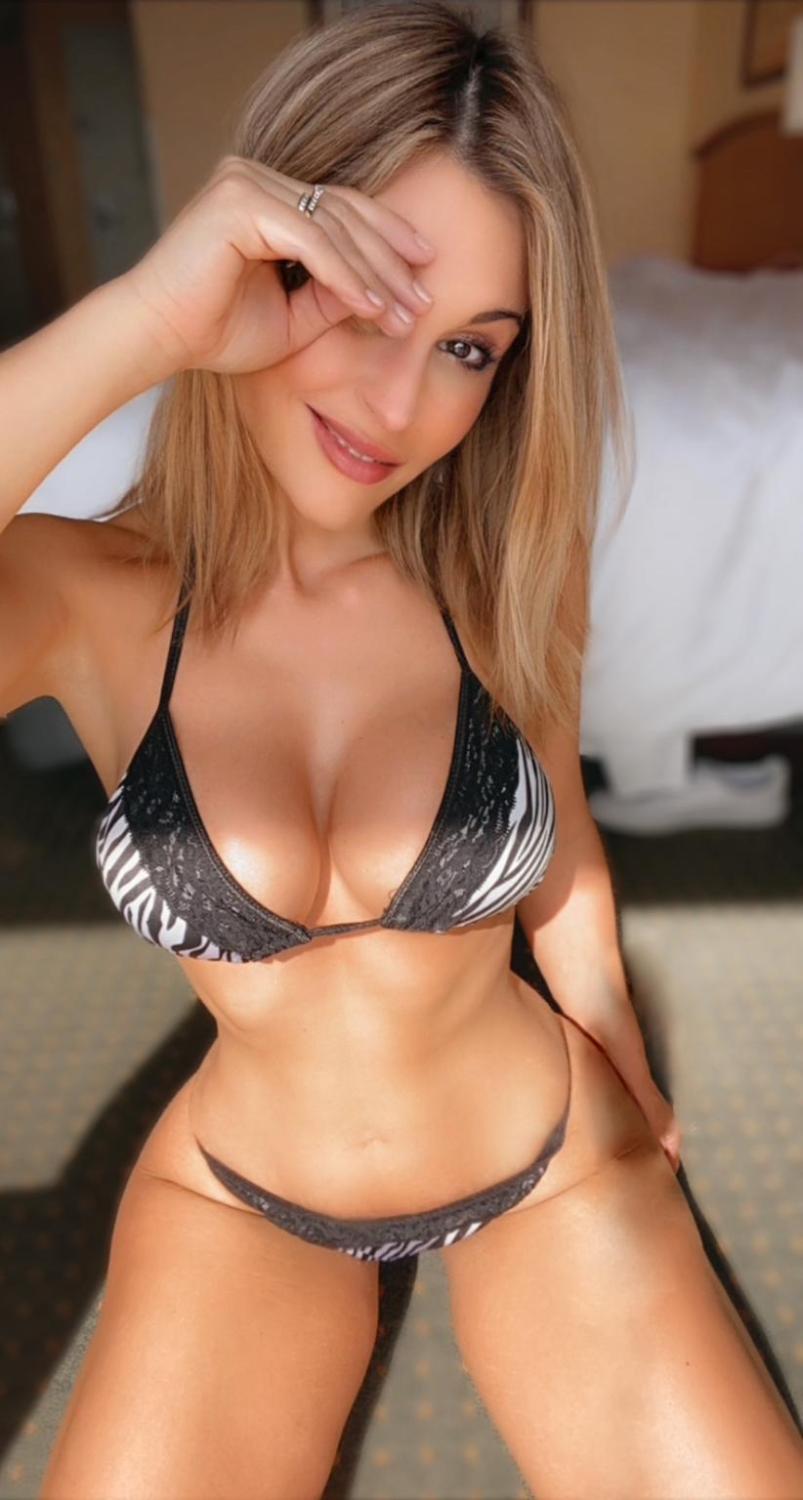 Talking to The Post, Rae said she loves the challenges of starting a new business. The mom of three confessed:

"I know I'm not going to be creating this kind of content when I'm 60. You can't rely on beauty forever."

The latest news includes a show, Tap That with Allie Rae, coming to Youtube this September.

When it comes to the last two years, Allie said, "It has been a really crazy ride."

The Navy veteran sees more opportunities in podcasting and coaching for those who need sexual liberation.

As for her family life, she knows her sons cannot be blindsided. Her communication with Steve keeps them going, and things are only looking up.

Rae is looking for "a good tax person" because this family is among millionaires.