Rose would still smell like a rose... But, according to numerous researches, some sexy women's names trigger feelings of lust and desire. So, what's in a name, and why do we find some names to be more loveable than others?

From Reddit to BabyNameWizard, there are so many polls and surveys, but the bottom line is that certain names carry a good reputation. Of course, your looks and personality play a crucial part in the dating world, but for online dating, your name could make or break a potential match.

The way a name roll off the tongue or the connection is has a certain sexy, famous lady plays a huge part in its popularity. This doesn't mean you have to change your name. Still, it's fun to dig into sexy women's names and find what's their true meaning.

French and Latin names are the sexiest 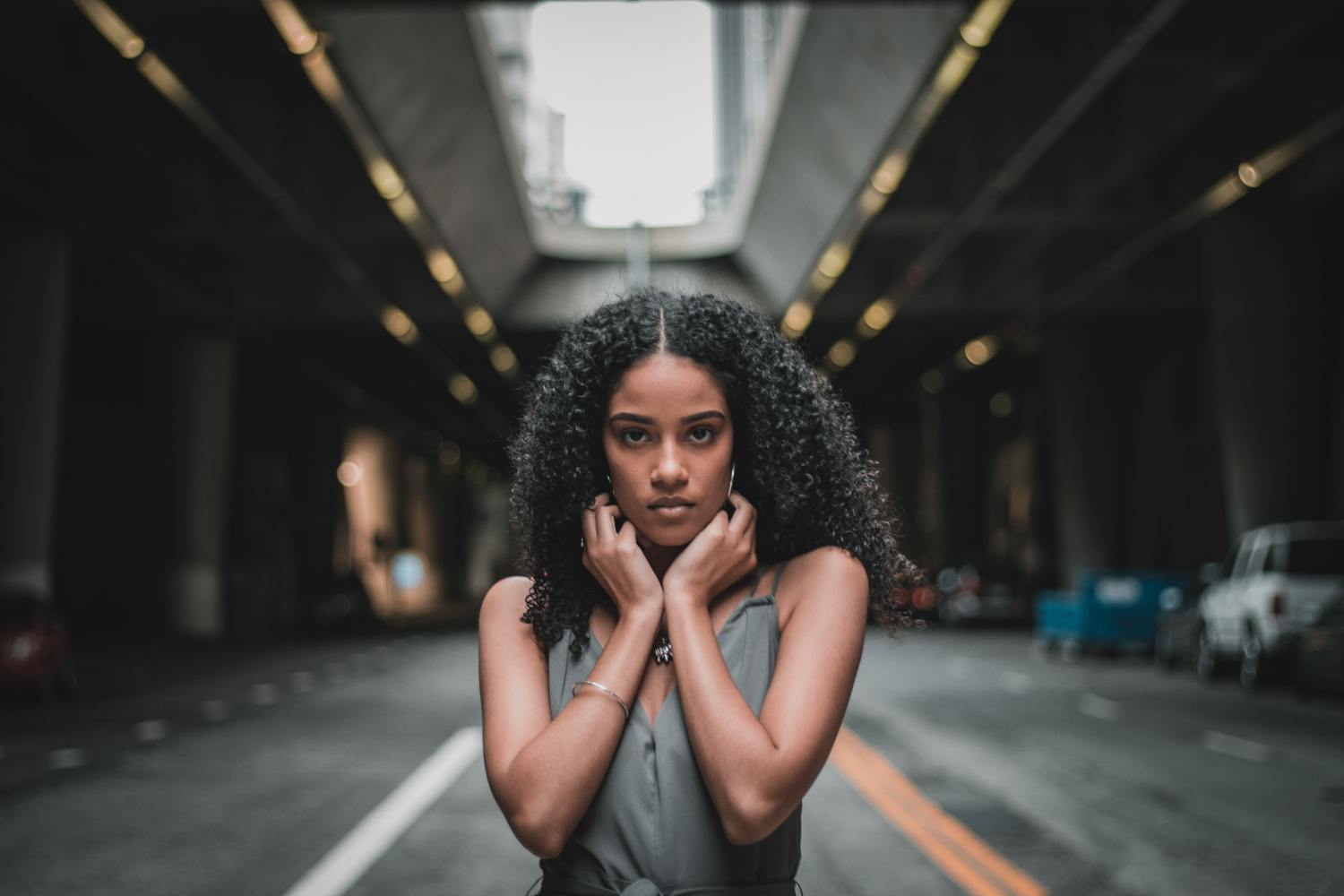 Both men and women found that Latin and French names are super hot. Those of German descent, not so much.

Some stereotypes played huge roles in this since we have so many supermodels from South America. Similarly, French ladies are synonyms for effortless sex appeal.

Also, longer and lacier names are a bit hotter than shorter ones. Additionally, sexy women's names often end in -a or -la, which gives them an extra dose of femininity.

But, there's nothing to worry about because you can be a rose despite being called Gertrude. We will explain why we used this example a bit later.

Remember that these lists are made by men, so they don't represent the whole world, nor they represent the LGBTQ+ community's feelings regarding the sexiest names.

Now, let's dig into sexy women's names and their meanings! 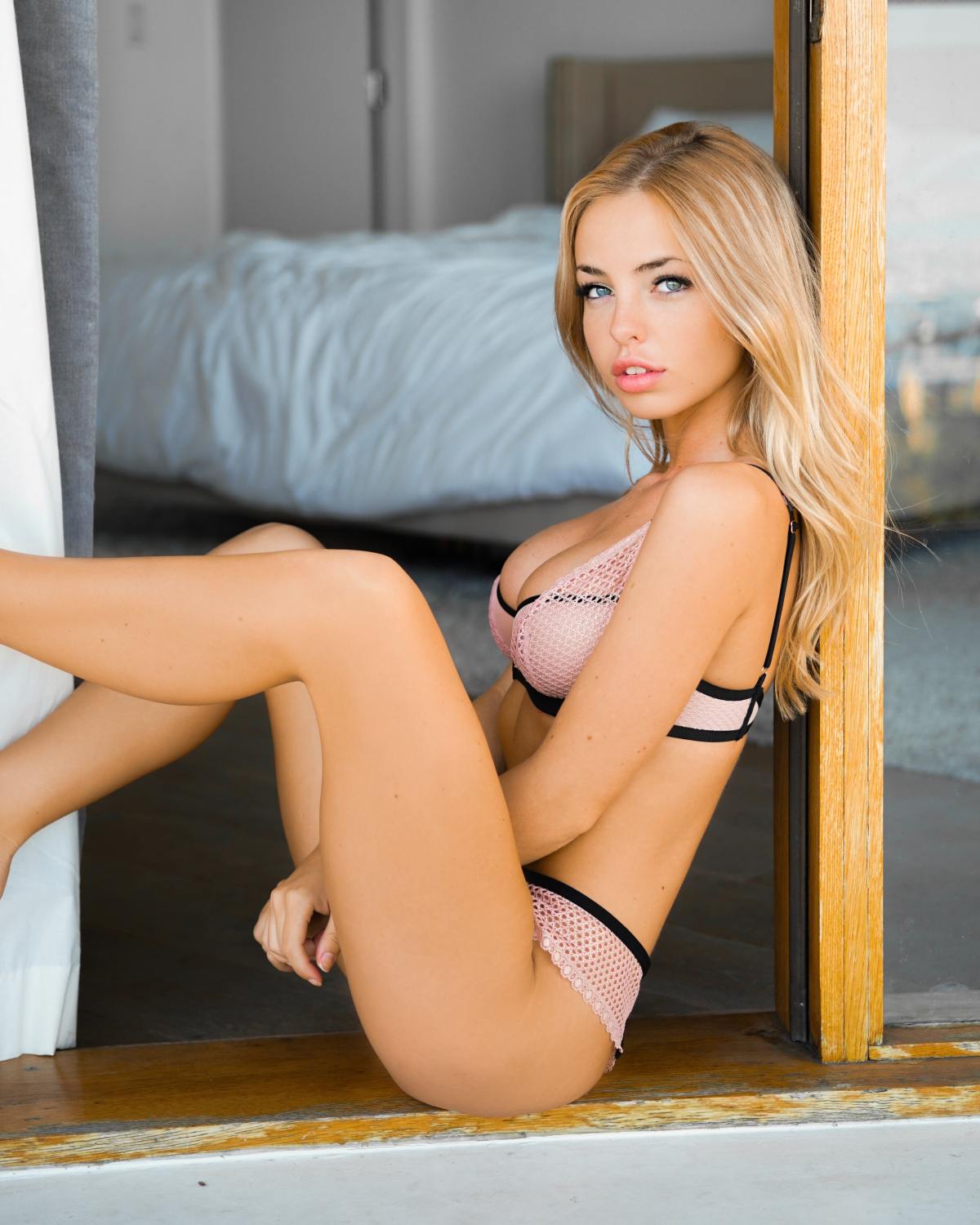 The place number 10 is reserved for all ladies called Giuliana. It's a naughty version of Juliana and it means youthful.

Place number 9 goes to Adrianna. Men love names with double letters, and the meaning is not as exotic as one would think. It means "Person From Hadria (Northern Italy)."

The 8th place goes to Soraya, and it means princess. Soraya as a name is of Farsi and Persian origin, and it clearly makes people from the west think about some exotic princess, shy by day, devilish by night.

Make room for place number 7 and Chanel. This French name means "dweller near the canal." The meaning isn't sexy, but the way it rolls over a tongue certainly is. The connection to the fashion empire certainly helps.

No wonder Alessandra is among the top ten. This Latin name means "defender of men." It also helps to have Victoria's Secret Angel as the most famous Alessandra. Yes, we're talking about Miss Alessandra Ambrosio.

Don't worry. We still have five more names to go. And on the fifth spot, we have Paulina. The Spanish name means "small." It became ultra-popular when supermodel Paulina Porizkova became a superstar back in the 80s.

Here's a short one: Anaïs. It's a Hebrew name meaning grace. We like Grace. It's very elegant. But Anaïs sounds mysterious, and if you didn't know how to pronounce it, here's help. It's Ahn-ay-ees or Ahn-a-yees.

The third spot goes to Natalia. It's present in many countries, and according to its Latin origin, it means Christmas Day. The thing about this name is that it sounds international, and it could be women from Russia, just as it could be a lady from Romania or a heartbreaker from Italy.

The first runner-up is Nicolette. We dig the meaning of this French name: "people of victory." Sounds cool, vibrant, and just a bit naughty.

Finally, it's time to reveal the big winner of the name lottery.

The Sexiest women are called Scarlett 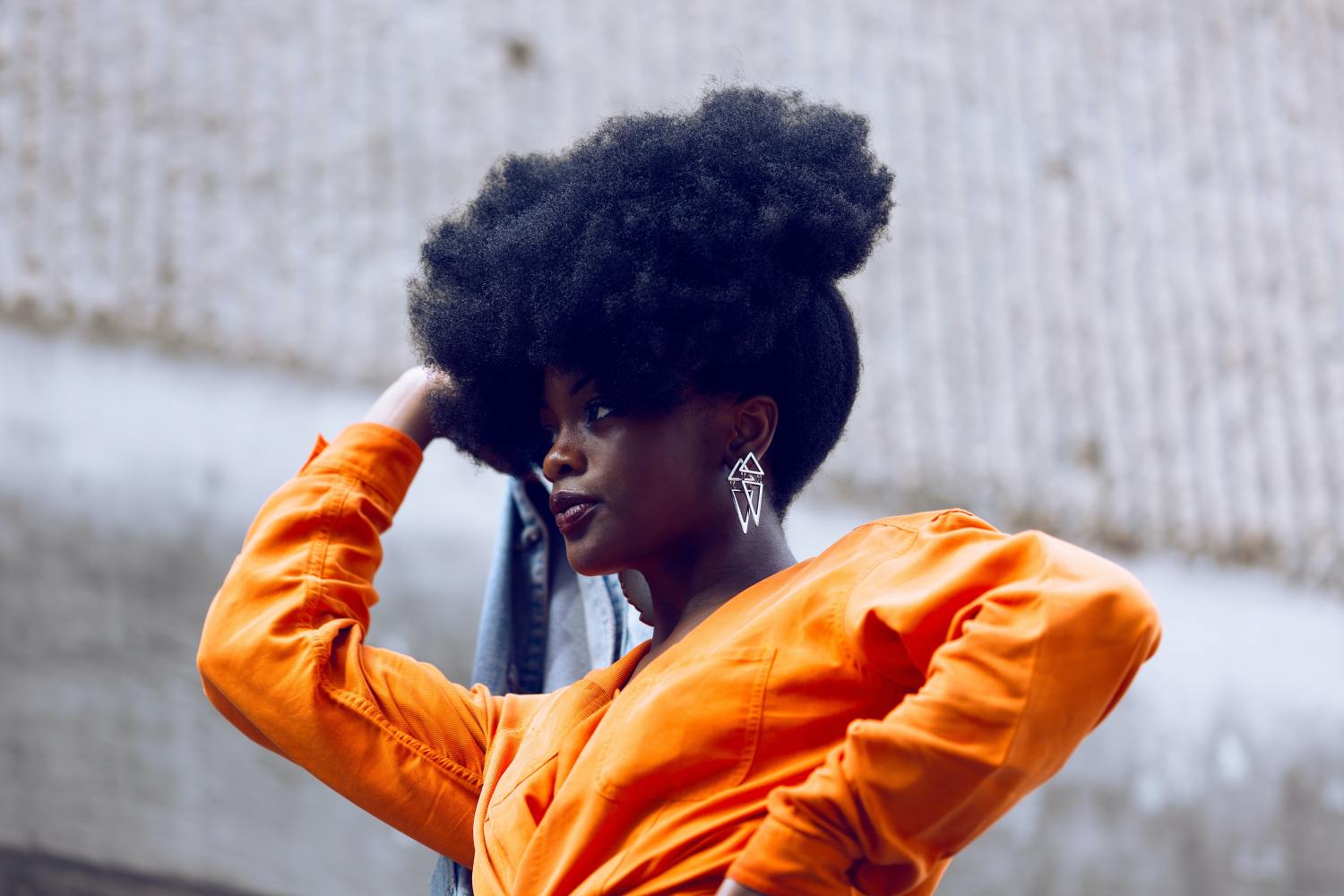 That's right, if your name is Scarlett, people will pay more attention to you.

It's an amusing name since the color scarlet symbolizes courage, passion, force, joy, and heat. Scarlett is of Norman French origin, and it sounds vintage, which makes one think of sexy corsets and red lips.

It helps that among the most famous Scarletts are Scarlett Johansson, Scarlett O'Hara, and Miss Leithol, a sexy model with millions of followers.

Scarlett originated as an occupational surname, indicating a person who sold scarlet, a luxury wool cloth produced in Medieval Europe. The name became super popular after Gone With the Wind. It seems that its popularity is still quite strong. Though the following names didn't make to top 10, they are still quite sexy.

Ashley is a sexy name for a woman, and there's a lot of proof, from Ashely Benson to Ashley Graham. This old English name means ash and lēah meadow, and it was initially meant for boys.

If your name is Kayla, you're lucky since guys love the sound of your name. It's good to know that this Irish and Gaelic name stands for "slim and fair."

Paige is a short name but with a lot of history. It's also a popular name for hot ladies. The name has a few meanings, from child to manager and helper.

Another super hot name is Jennifer. We have so many famous ladies with this name, and all of them are beautiful. It means "white shadow, white wave," and it's an updated version of the name Guinevere. Still, Guinevere Lopez? We prefer J.Lo.

Olivia, Alessia, Sophia, and especially Julia are rather popular names. All these names carry Latin origins, and they are tailor-made for sexy women.

Sasha is a fierce, Eastern European name, unisex, same as Paige. The name's meaning is defender, helper of humanity, and it's often short for Alexandra. We prefer Sasha and so do many others.

Have you met a Vanessa who wasn't worth your attention? Well, there is a strong reason why these women are so captivating. Their name goes into Greek mythology, and its origin is from Phanessa, the mystic goddess of an ancient Greek brotherhood.

Sarah, with an H, is another ultra-hot name. In Arabic, Sarah translates to joy and delight. In Hebrew, it means princess. So, really, you can't go wrong with Sarah. The "H" at the end is just the icing on the cake!

Amber, Emma, and Heather are classic names for English-speaking countries. But, in the past few years, we saw many beauties carrying these names, making people think that they are quite sexy.

The least sexy names for women 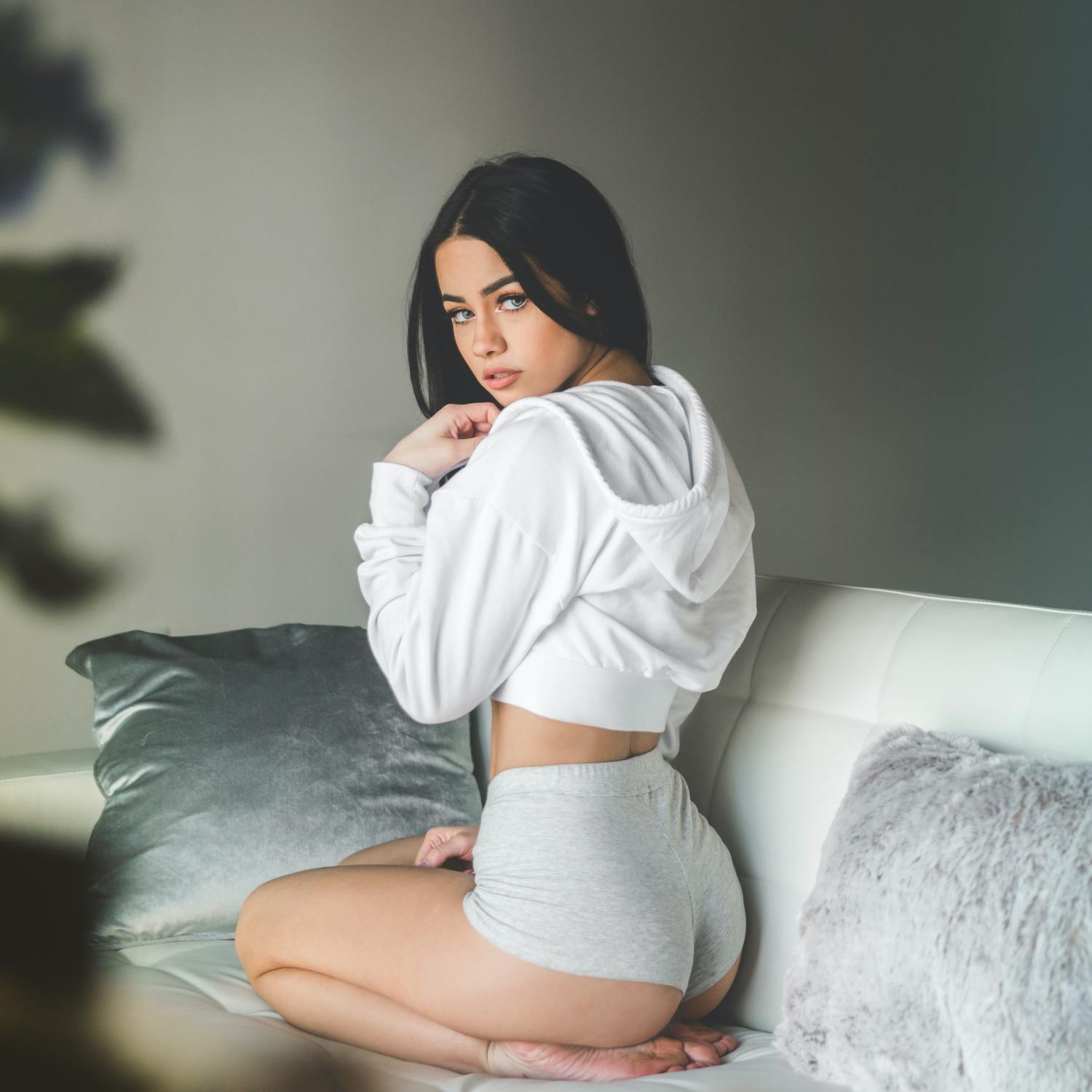 Don't worry if your name's Karen. Despite all the memes, it's not on the list of the least unpleasant names. Same with Becky, though it's a nickname. Either way, you're good.

Do you know who's not good? We already gave you one away at the very beginning. We will list the least sexy female names and their meanings. Remember, this is not personal.

1. Gertrude (from Germanic roots that meant "spear" and "strength")

5. Mildred (This is an Anglo-Saxon name of Old English origin, and its meaning is "gentle strength")

Speaking of Mildred, it was among the most popular female names in the USA before WWI. Ethel was fashionable in the late 1800s, and Bertha has an exquisite history, despite not being hot or sexy.

Old names are not particularly sexy, but then again, Scarlett or Victoria are vintage, yet no one's complaining. It has more to do with the hard "r," which is common in Germanic names.

Luckily for all of us, most of the unsexy names peaked in popularity in the 1890s and early 1900s. And just like with everything else, at some point, they will be popular again. All it takes is one super hottie, and even the worst-rated names will ooze sex appeal.

Famous ladies who changed their names 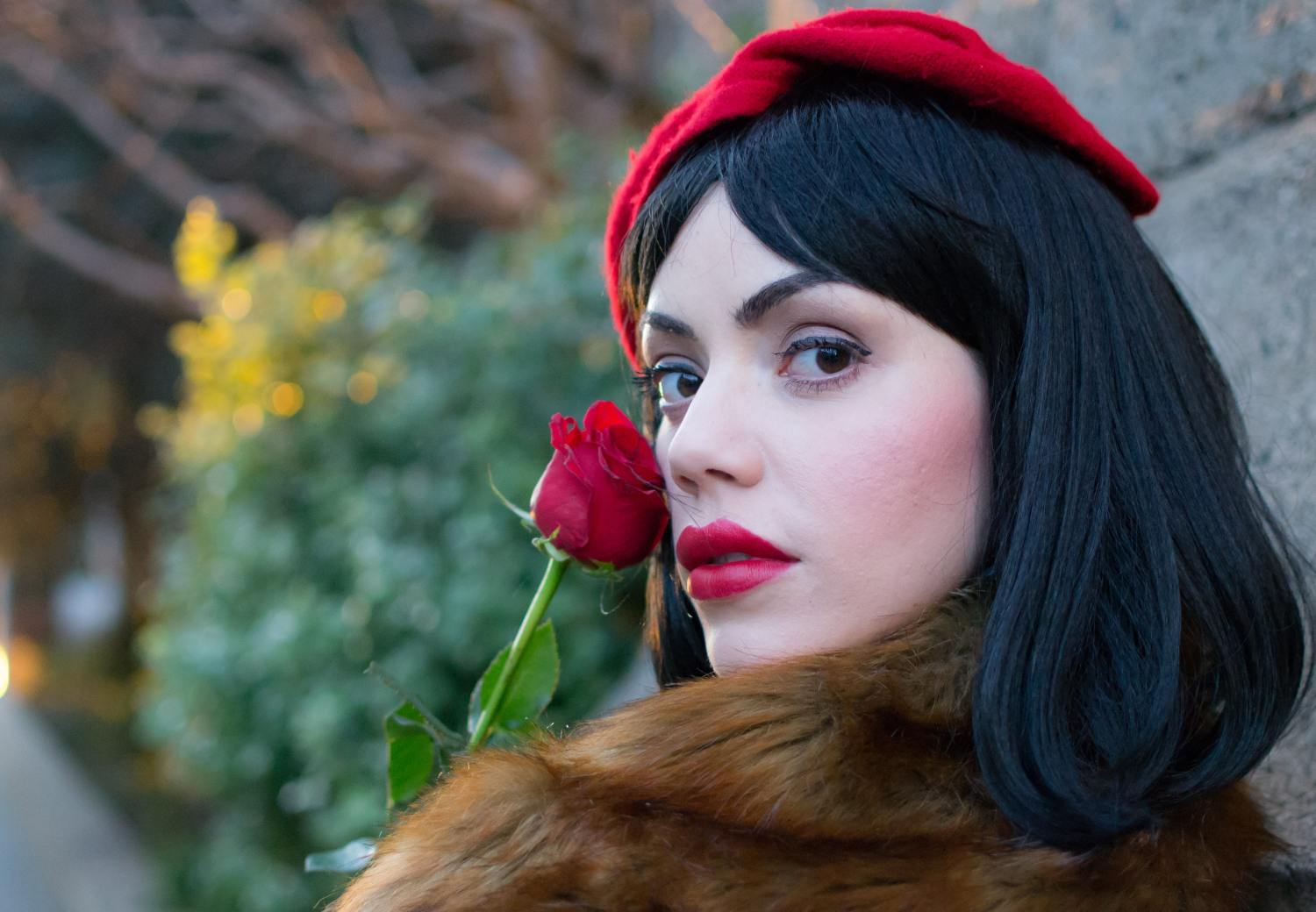 If you're unhappy with your name, for whatever reason, you wouldn't be the first one to think about changing it. In fact, most Hollywood ladies and gentlemen use very different names. America's sweetheart turned global icon, Reese Witherspoon is actually called Laura.

Julianne Moore chose a more exotic version of Julie, her birth name. And the Duchess Meghan is actually called Rachel.

Rihanna's real name is Robyn, and she chose to go by her middle name we all know and love.

Names are arbitrary labels, and if you don't feel like you should be called Elizabeth, you can always find a more suitable (and sexier) version of it.

Yet, we can't help but wonder:

"What's in a name? That which we call a rose by any other name would smell as sweet."