One pushy man tried to buy out a server to agree to go on a date with him. However, his plan backfired, and the young woman shared her strange story on TikTok.

Cassie Holland is a golf card girl, and her now-viral video shows that some guys still think that buying someone's affection is a thing.

In the video, Cassie is holding what appears to be three 100 dollar bills. However, they have been torn apart, as we will soon learn.

Cassie starts her story by saying:

"You're probably thinking someone tried to trick me and short me. But oh no, this guy had bigger plans in mind."

Cassie Meets A Man With A Plan

The young woman said that a golfer came in and bought some drinks with his friend. He was tipping well, and overall the guy seemed nice.

He politely "asked if I could go to dinner with him."

As Cassie said she had other plans, the man was persistent:

"Well cancel your plans and come with me."

She turned him down again, and that's when man's brilliant plan came to life.

The "genius" man then took out the ripped $100 bills and, in a cheesy effort, he offered Cassie three halves of the $100 bills. He then promised the separate halves if she met him "in front of this casino" later that evening.

The Golfer Really Didn't Think This Through 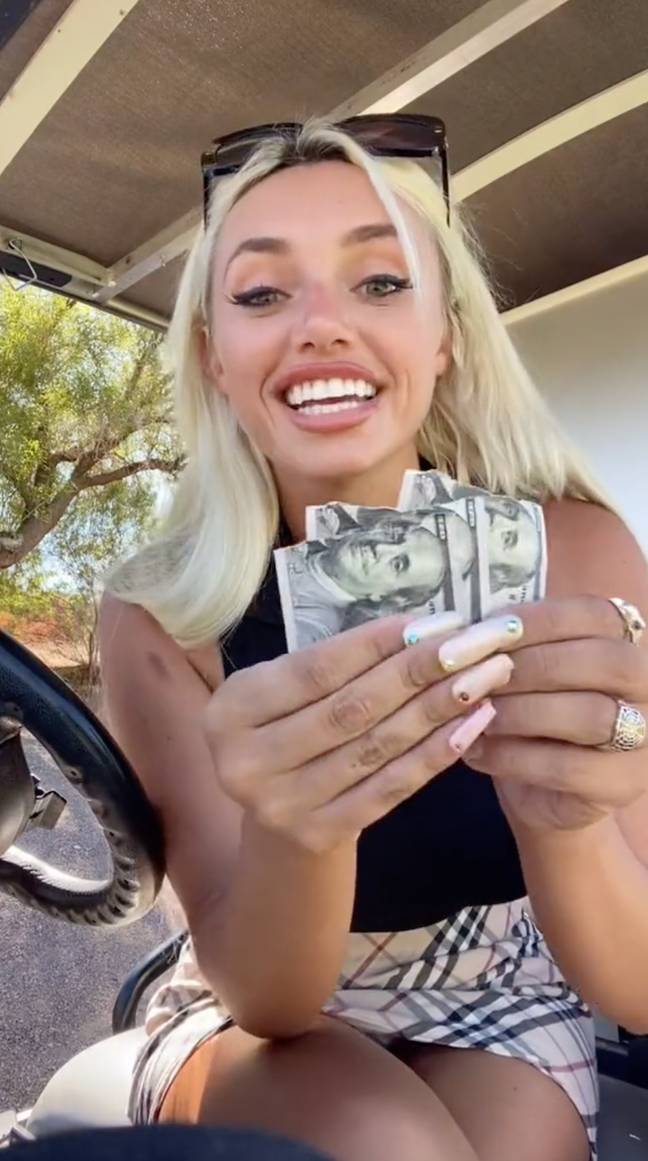 Cassie told her viewers that she knew that the man had planned this whole thing out.

However, she was not impressed and told him:

The ripped cash had been placed in her golf cart's drink holder, and Cassie tells her audience:

She was mad at first, but Cassie concluded:

Of course, she has no idea what to do with damaged bills. She concluded:

"It's funny because he probably thinks he's a genius but he really just lost $300. For nothing."

The video has gained over 1,2 million views, and some TikToker users tried to help Cassie with her damaged bills.

"Take them to the bank and have them measure it, if it's more than 51% of the bill then they will give you a complete $100."

And some were speaking for all womankind:

"Why do some rich dudes think they can buy any girl they want." 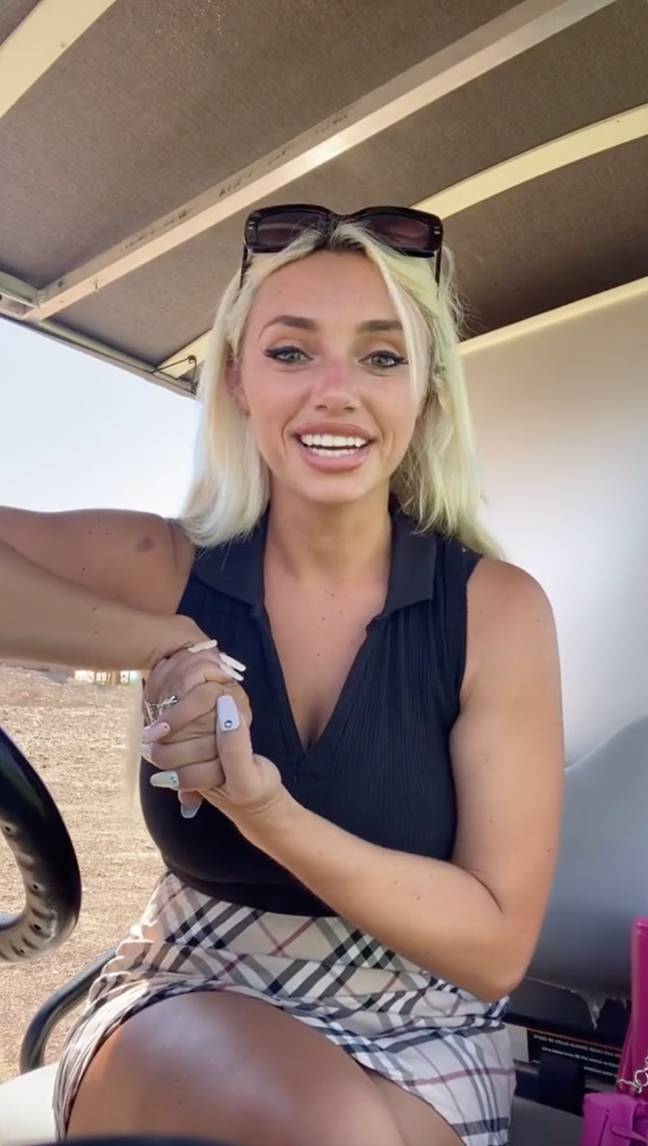 The story from a week ago got a fresh update during the weekend.

Cassie said that the man showed up again, handed over the other half of the bills, and said:

"Well there's the $300 for you, and you know where to find me if you wanna ruin my night tonight."

But Cassie did not care for his behavior, so she responded:

"You know what would really ruin his night? If I didn't show up at all. Again."

She then told the man:

"Buddy if you're watching, thank you, but like I said before, I'm going to accept this as an inconvenience fee."

Many are proud of how Cassie handed the whole Pretty Woman situation, and we are among them!