In a recent video with more than 4 million views, the gorgeous star Selena Gomez took to TikTok to bring back "real stomachs."

In the video, Selena is on a yacht in Italy on vacation and could be seen relaxing in the sun and singing along to the TikTok audio "suck it in."

She was dressed in a stunning $100 La'Mariette tie-dye swimsuit. The one-piece is part of the swimwear collection she designed back in 2021 for the inclusive fashion brand.

The 30-year-old singer continued lipsynching to the audio and followed it up with, "I'm not sucking s***t in. Real stomachs is coming the f**k back, OK?"

This attracted much praise from her fans, and her comments section was flooded with positive messages.

One fan wrote, "[She's] the reason I'm so comfortable in my own skin." 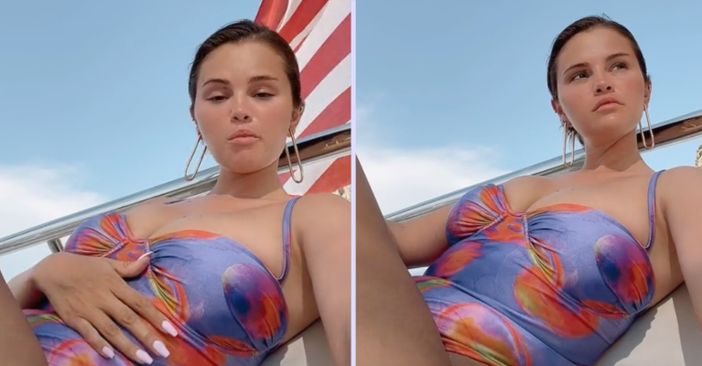 "I never follow celebrities on [TikTok] because I don't want to mess up my algorithm, lol. You have been my only exception to that." someone else added.

Despite having about 340 million Instagram followers, Selena had previously stayed off social media for four years because of its effect on her mental health.

During an interview with ELLE back in 2021, the singer confessed that after dealing with continuous publicity from a tender age, she "felt like an object" and "gross for a long time." 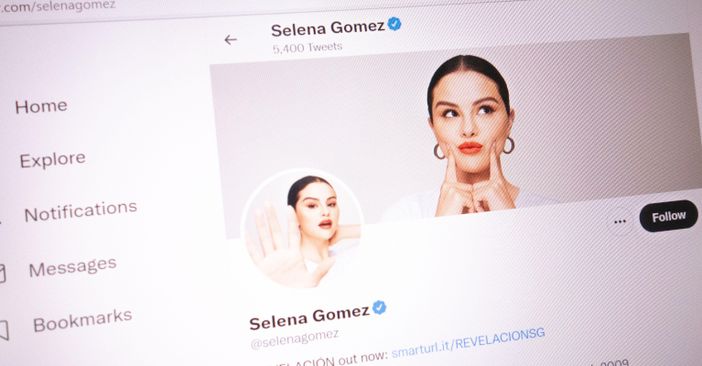 With her fame came a lot of attention from the public, and she had to deal with her issues publicly.

"Every time I went through something, I was like, 'What else? What else am I going to have to deal with?" she said.

The former Disney Channel star has also been very open with her struggle with lupus, an autoimmune disease that affects the heart, joints, liver, and kidneys, and as a result, she got a kidney transplant from her best friend.

Due to mental issues resulting from her diagnosis, the star had a mental breakdown in 2018.

So, after taking a break, she decided to use her social media platforms to advocate for mental health and body positivity. She even sat down with President Joe Biden and his wife earlier this year to discuss prioritizing mental health.

Mental health is health. To everyone who is struggling, know you are not alone.

For Mental Health Awareness Month, we sat down to discuss how we can wipe out the stigma and expand access to care to ensure everyone can get the support they need. pic.twitter.com/GPafd4et5n

Her zeal toward mental health has fueled her desire to implement a school curriculum that educates children on how they can be open about their feelings.

Through People Magazine, Selena revealed, "There are so many people I know who craved help but had no idea how to get it. I have big aspirations for that field and really want to implement more education behind it."