The original James Bond, magnificent and iconic Scottish actor Sir Sean Connery, died in his sleep. He was 90 years old.

The Edinburgh-born Oscar winner had a successful and strong career for five decades.

Coming from a modest working-class family, Sir Connery was among the last genuine Hollywood stars. His death shook the world. And even politicians used social media to pay final respects.

His son Jason stated that Connery died in his sleep in the Bahamas, having been "unwell for some time."

As faith would have it, the famed actor died in the same spot Bond film Thunderball was filmed.

One of the greatest

Though we will always think of him as James Bond 007, Sean Connery was much more.

He was versatile, dashing, mesmerizing in each role, but only won one Oscar in 1988 for his role in The Untouchables. He did win quite a few other awards. 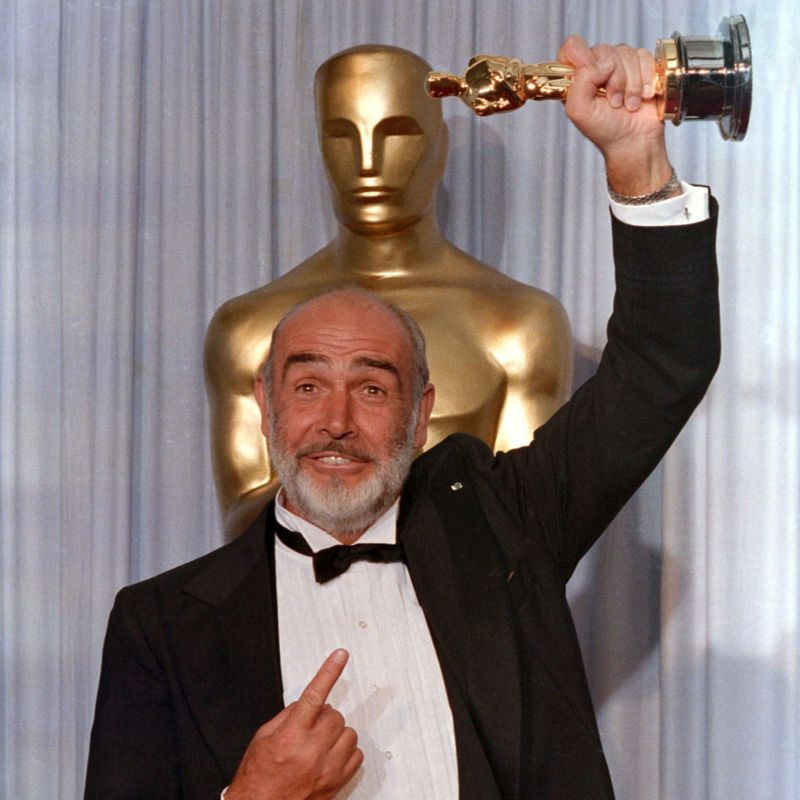 Sir Sean's other films included The Hunt for Red October, Highlander, Indiana Jones, and The Rock.

In 2000, Queen Elizabeth II knighted him, and his wife Micheline was by his side. In fact, she was with him for over 40 years.

Jason Connery, his son, said that his father wasn't feeling well for some time:

We are all working at understanding this huge event as it only happened so recently, even though my dad has been unwell for some time.

A sad day for all who knew and loved my dad and a sad loss for all people around the world who enjoyed the wonderful gift he had as an actor.

The memorial will have to wait, as his publicist Nancy Seltzer explained:

There will be a private ceremony followed by a memorial yet to be planned once the virus has ended.

From Salma Hayek to Michael Caine, every actor on the planet has something to say about Connery's greatness.

Many took to social media to express their feelings, and celebrate the late actor's legacy. 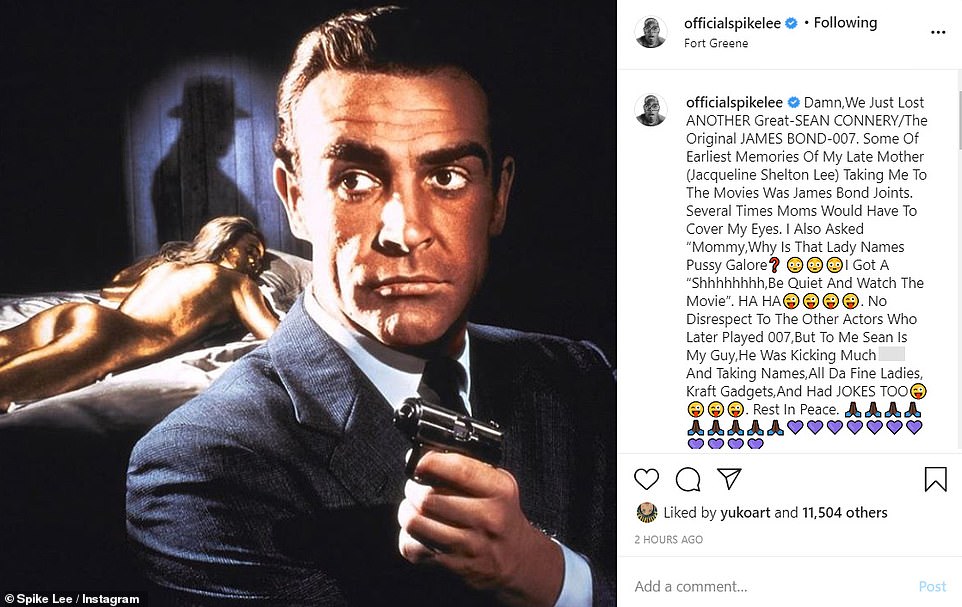 Politicians, athletes, and producers joined, some calling him "the greatest Scott who ever lived."

Sir Sean was one of the true greats of cinema.

He defined an era and a style. The wit and charm he portrayed on screen could be measured in megawatts; he helped create the modern blockbuster. 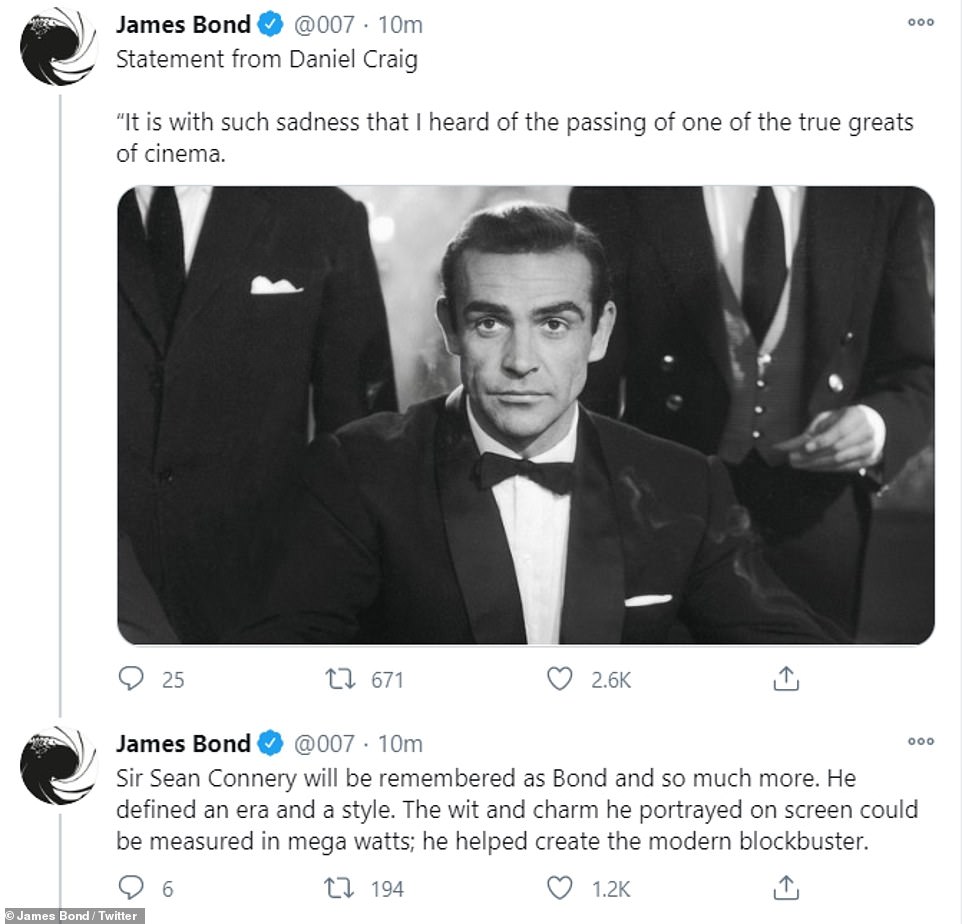 He will continue to influence actors and film-makers alike for years to come. My thoughts are with his family and loved ones.

In reference to Sir Sean's love of golf, he added:

Wherever he is, I hope there is a golf course.

A long-time advocate of Scottish independence, Connery said that he wants to return to his homeland once it's no longer part of the UK.

The actor had a tattoo on his forearm stating "Scotland Forever." 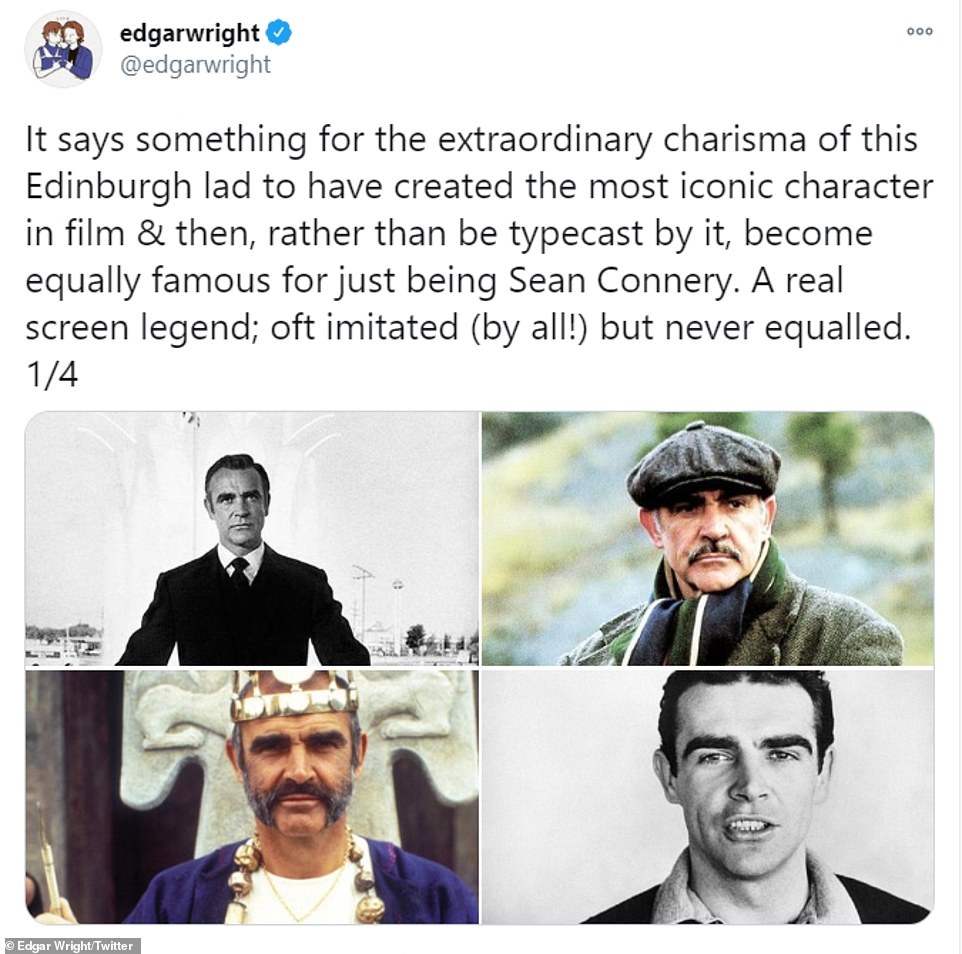 Scotland's First Minister, Nicola Sturgeon, was among the first ones to pay his respects.

I was heartbroken to learn this morning of the passing of Sir Sean Connery. Our nation today mourns one of her best-loved sons.

He ended on a patriotic note:

He was a global legend but, first and foremost, a patriotic and proud Scot - his towering presence at the opening of the Scottish Parliament in 1999 showed his love for the country of his birth. Sean was a lifelong advocate of an independent Scotland and those of us who share that belief owe him a great debt of gratitude.

What made Connery so great was the love of challenges and the urge to stand up for his beliefs:

There is nothing like a challenge to bring out the best in man. 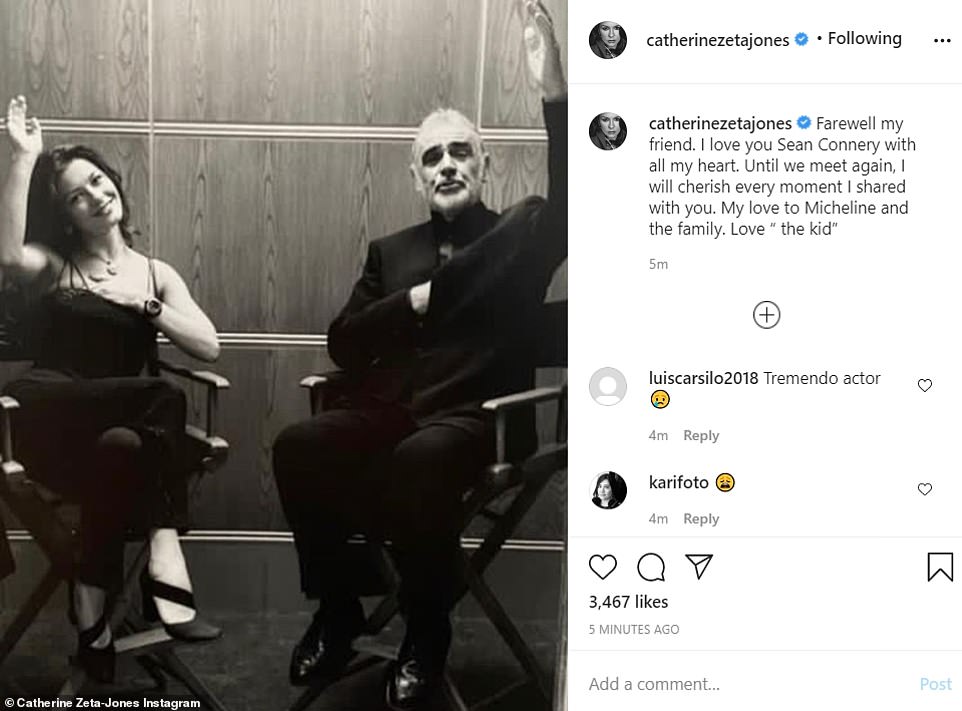 He was confident, stylish, and ready to take chances. Most see him as James Bond, but it's the theater that made him so irresistible as an actor.

Connery has been called "the rogue with the brogue," and in 1989, at almost 60 years of age, he was named People magazine's "Sexiest Man Alive. 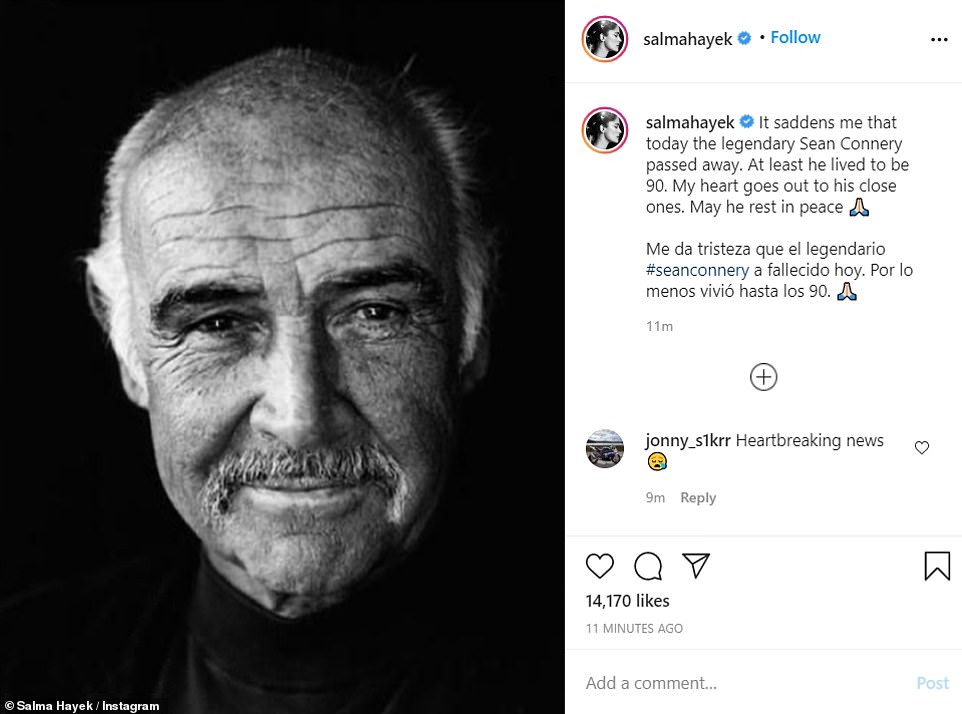 Another thing that always made him stand out was that he was not afraid to speak his mind:

I'm not shy about voicing what I believe to be true.

Though some of his statements remain controversial, he was honest, and people will always respect that. In 2008, he wrote a book, Being a Scott, and instead of creating an autobiography, he turned it into a homage to his homeland. 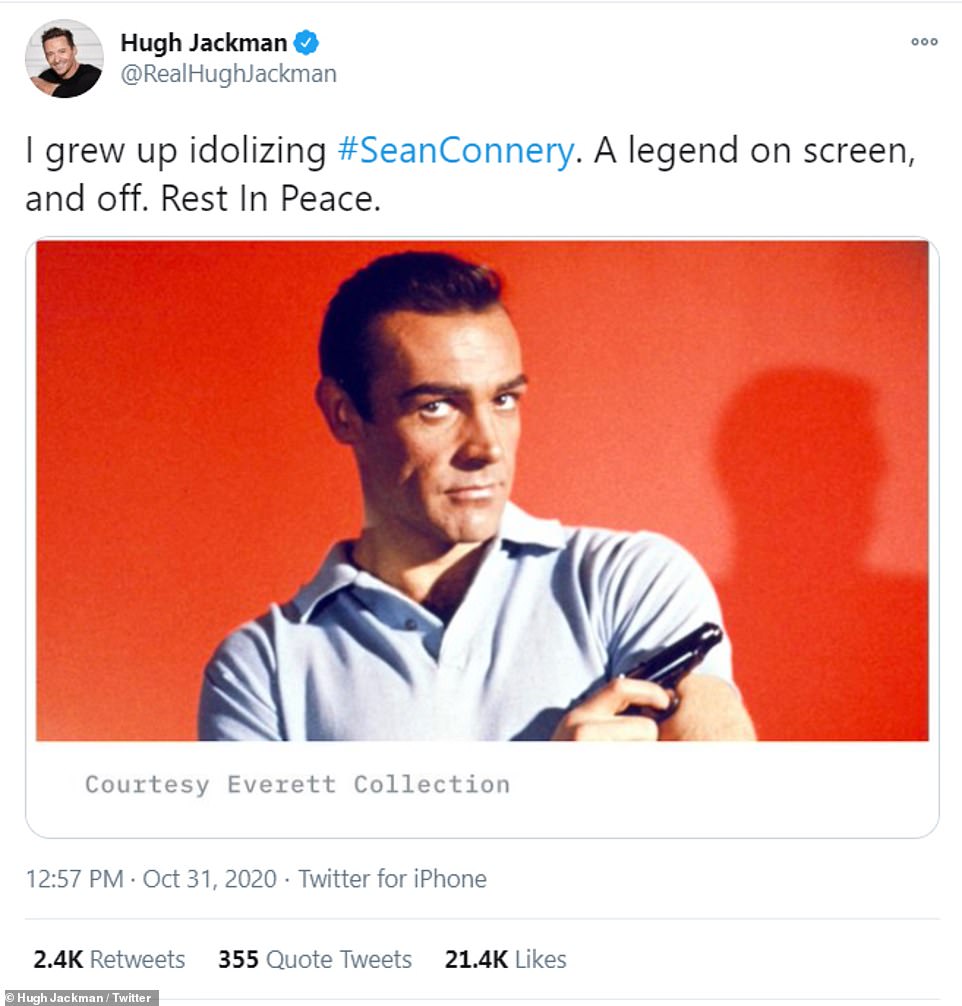 Generations grew up with Sir Sean's movies, and his death will not change that.