A mysterious circular sinkhole, which stands at least 25 meters wide and 200 meters deep, appears out of nowhere in Northern Chile.

The Stranger Things-like anomaly is in Tierra Amarilla in Atacama Region near the Alcaparrosa copper mine.

The scary bit is that the sinkhole is expanding daily, according to reports.

Drone footage shows images of the massive sinkhole on land operated by a Canadian Lundin Mining copper mine, about 413 miles north of Santiago. 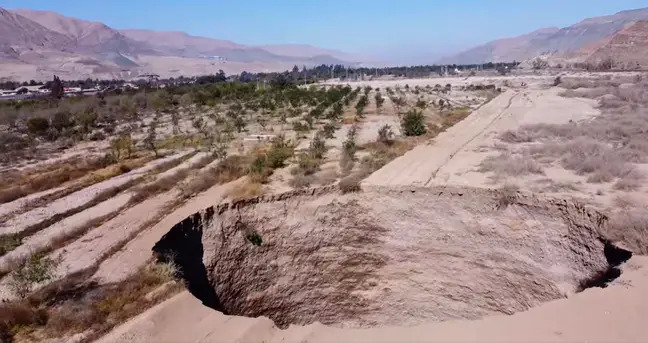 "[On Saturday, 30 July], we received a citizen complaint regarding a sinkhole that would have occurred here in our community near the Alcaparrosa mine."

"We are concerned since it is a fear that we have always had as a community, the fact we are surrounded by mining deposits and subterranean works under our community."

"It is still active, it is still growing, and it is something that has not previously been seen in our community."

Local authorities are now investigating whether the giant sinkhole resulted from a natural formation or mining activities in the region.

Fortunately, there have been no reports of any injuries but the risk to residents and visitors in the area is imminent. 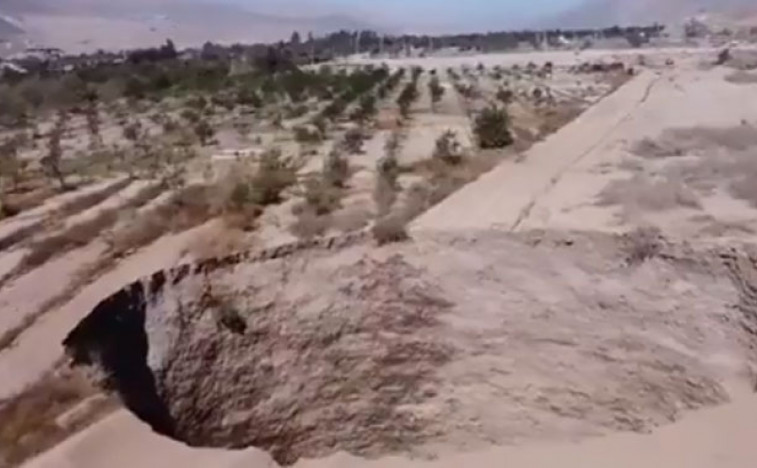 With this, authorities have closed all routes leading to the area.

The Owners of Lundin Mining Corporation have also said mining in the area has been indefinitely suspended.

"Upon detection, the area was immediately isolated, and the relevant regulatory authorities notified."

"There has been no impact to personnel, equipment, or infrastructure."

"The surficial sinkhole has remained stable since detection."

"Minera Ojos del Salado is conducting a technical analysis and gathering information to determine the cause of the event."

Scientists discovered a forest within a giant sinkhole 630ft deep in May.

The sinkhole contains many ancient trees and plants, including species that hadn't been discovered before.

A cave exploration team discovered a giant sinkhole in southern China, bringing the number of such sinkholes in the county to 30. pic.twitter.com/a4IVFogIG9

Located in Leye County, in the Guangxi Zhuang Autonomous Region in China, the sinkhole was discovered by cave explorers on 6 May.

They found three cave entrances within the 1,004ft long and 492ft wide void.

"I wouldn't be surprised to know that there are species found in these caves that have never been reported or described by science until now."

Chen added that some of the trees found in the forest were nearly 130ft tall.

George Veni, executive director of the National Cave and Karst Research Institute, told Live Science that many factors could affect karst — a topography formed when bedrocks dissolve — such as climate and geology, among other factors.

This means karst can produce sinkholes depending on its location.

"In China, you have this incredibly visually spectacular karst with enormous sinkholes and giant cave entrances and so forth."

"In other parts of the world, you walk out on the karst, and you really don't notice anything. Sinkholes might be quite subdued, only a meter or two in diameter."