Well, that's a first! A Manchester school is apparently promoting sucking toes as a way of expressing love without having sex.

Carl Lawrence, from Wigan, Manchester, accused Shevington High School of "promoting fetishes" with the information given to his daughter, Emma.

The dad of 14-year-old Emma found a pamphlet "101 ways to show someone that you love them, other than having sex". Sounds innocent enough, and it starts that way.

Some of the tips for Year Nine students are quite normal. Tickle your partner, buy them chocolate, go on a love boat (what's that?)... It also includes romantic dates and telling them, "I love you." 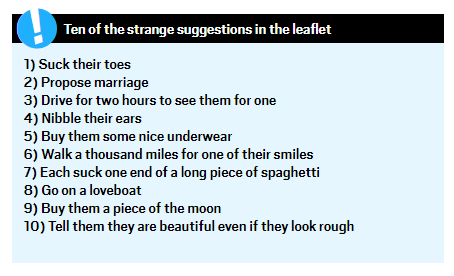 Then you get to number 26, and it gets awkward. It's not abnormal, and we are not prudes. But sucking the toes of your ninth grade's boyfriend sounds... A bit over the top?

And the worried dad agrees:

I understand children need to be made aware of the world, but should we really be promoting fetishes in Year Nine? I don't think so.

The first thing that stood out was 'suck their toes'. That's quite niche.

Surely they can just enjoy each other's company. They can go for walks, watch a film, go to Burger King, go to the park.

There are tons of things she can do that don't involve getting someone's big toe in her mouth.

How did it end up in a school pamphlet? Blame the teenagers!

Spectrum Community Health CIC is behind these interesting pamphlets. They defended the material and blamed it all on teens. 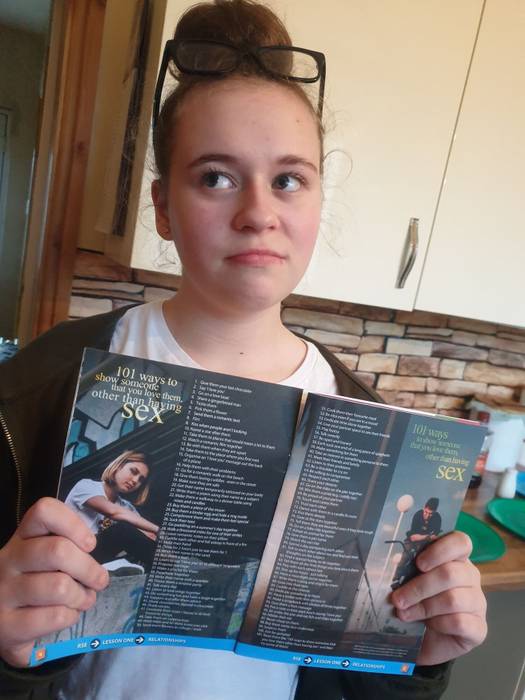 The statement for the Manchester Evening News says:

Again, it all starts innocent enough, but wait for it:

From Year Nine onwards we also introduce our RSE magazine, which is adapted every year in response to feedback from young people, parents, and schools. 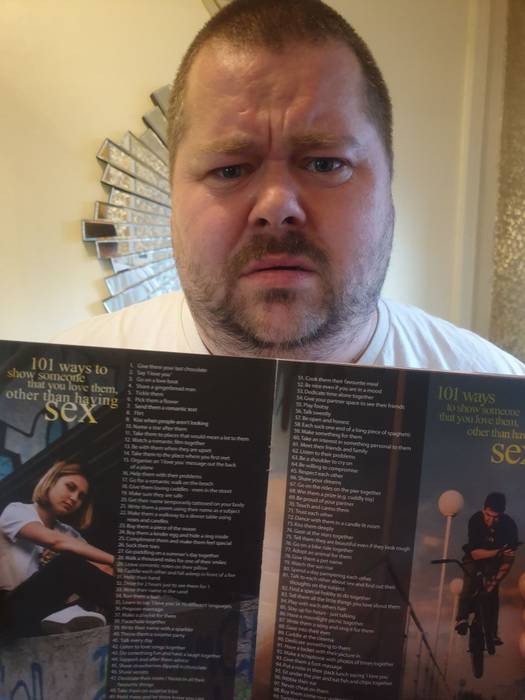 And there we are:

The 101 Ways were created by teenagers and are referenced by Spectrum in the context of the classroom lessons they support.

"You don't know if you like it until you try it"

The 35-year-old dad was even more startled when his daughter told him how her teacher reacted.

Young Emma says that the kids were laughing at the whole toe sucking idea. But their teacher replied:

You don't know if you like it until you try it.

Why do we have to know everything? And Mr. Lawrence is right:

There is no way I think a 14-year-old should be reading this.

Being a teenager is difficult enough, and introducing fetishes to the picture will only bring more confusion. And in the pamphlet, you can find other disturbing ideas, such as proposing marriage or buying a piece of the Moon.

As for the toe-sucking, kids, don't be the Duchess Fergie. And if you don't know about her toe-sucking incident, then you're not old enough to do it!