People are discussing the video of Salt Bae allegedly speaking on his AirPods while serving a customer on social media.

Get ready to be upset about the money you may have lost on this experience:

♬ Call Out My Name - The Weeknd

It's not surprising when Salt Bae's food hits the headlines for negative reasons, considering that his London restaurant has been ranked as one of the worst places to eat in the city and one of his steaks costs a hefty £850. The celebrity chef has gained fame for his viral videos, but his culinary reputation has suffered as a result of the poor quality of his food and high prices.

It is surprising that someone would be willing to pay such a high price to dine at one of Nusret Gökçe's restaurants, especially given that one TikToker was not satisfied with their experience and rated the restaurant and overall experience a low 1.7 out of 10. However, everyone has their own preferences and opinions, and some people may still choose to visit the restaurant despite this review.

But what could have possibly gone quite so wrong? 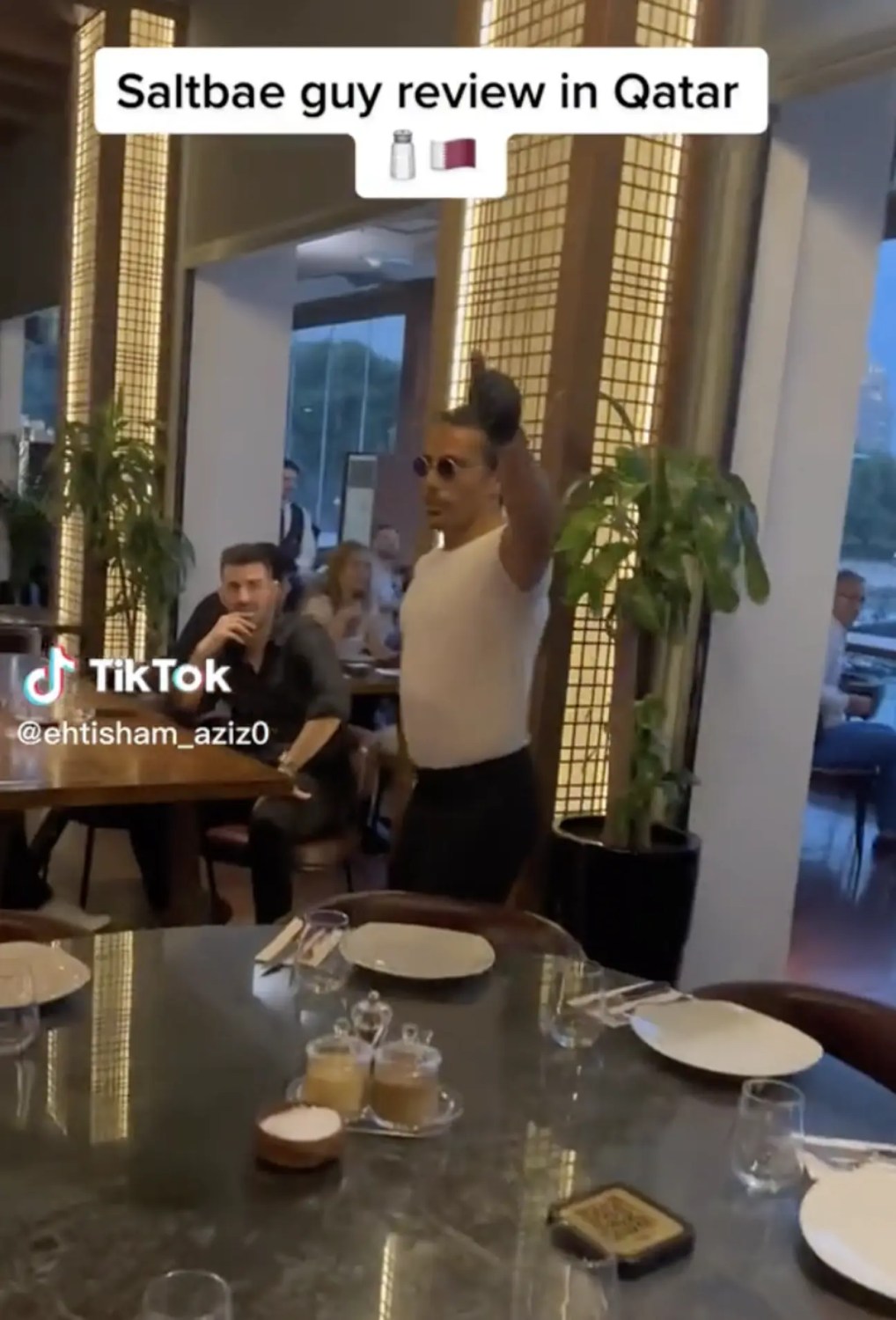 In a video shared by content creator Ehtisham Aziz, Nusret Gökçe, also known as Salt Bae, is seen cutting up a customer's steak for an additional cost of $600.

Ehtisham Aziz gave the experience a negative review, rating it a -20 out of 10 and stating that Salt Bae was distracted by a conversation on his AirPods while at the table. 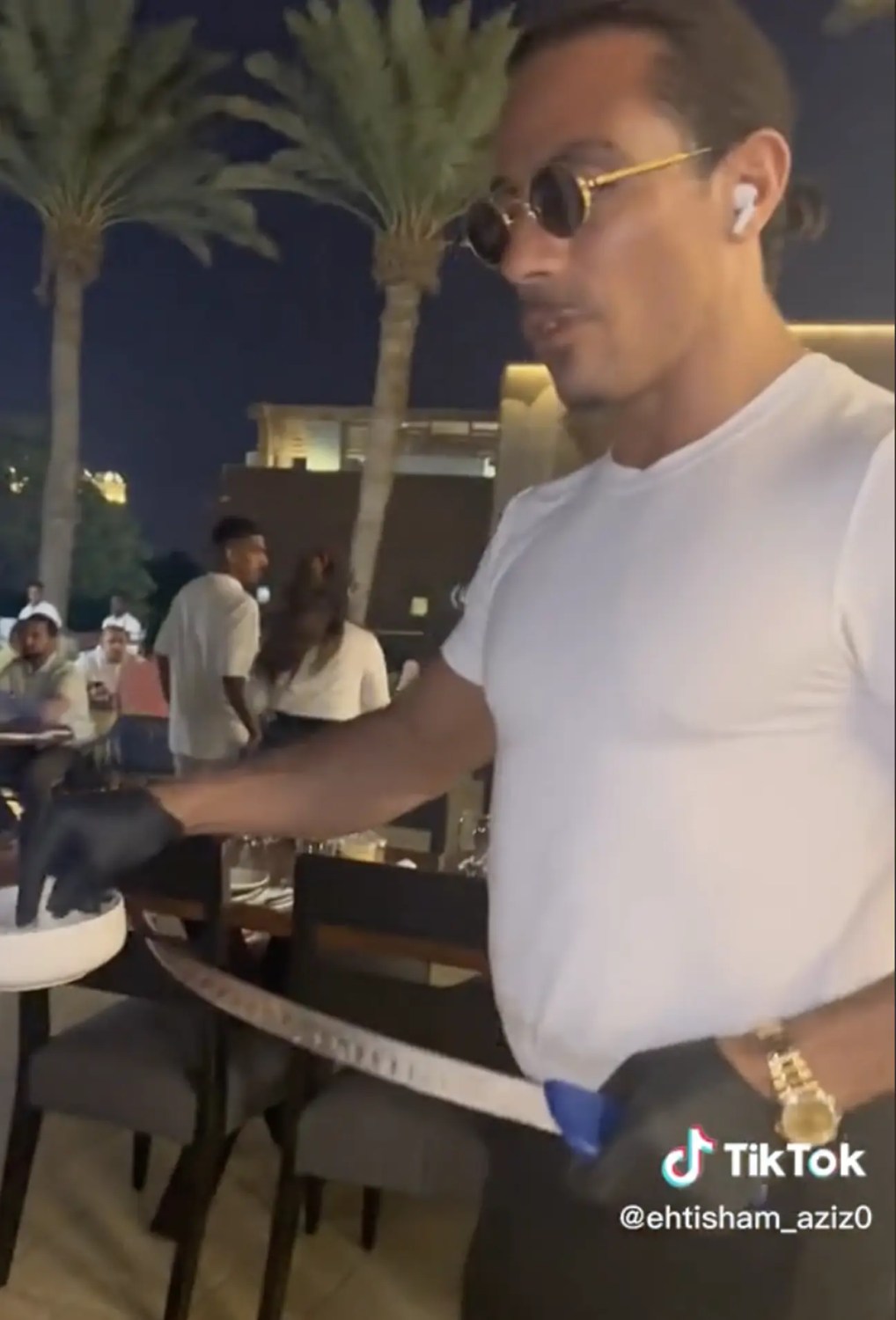 Despite some negative aspects of the experience, Nusret Gökçe, also known as Salt Bae, did manage to briefly redeem himself and the restaurant by performing the signature move that made him famous

Unfortunately, the positive moment was short-lived, as it is reported that Salt Bae then threw the TikToker's cousin's ball away when they requested a signature.

Ehtisham Aziz was also disappointed in the baklava, describing it as unappealing and giving it a poor presentation rating of -5 out of 10.

In the video, Ehtisham Aziz is seen seemingly having an argument with Salt Bae, and in the caption, the TikToker concluded that the experience was not worth the money and the staff were extremely rude. 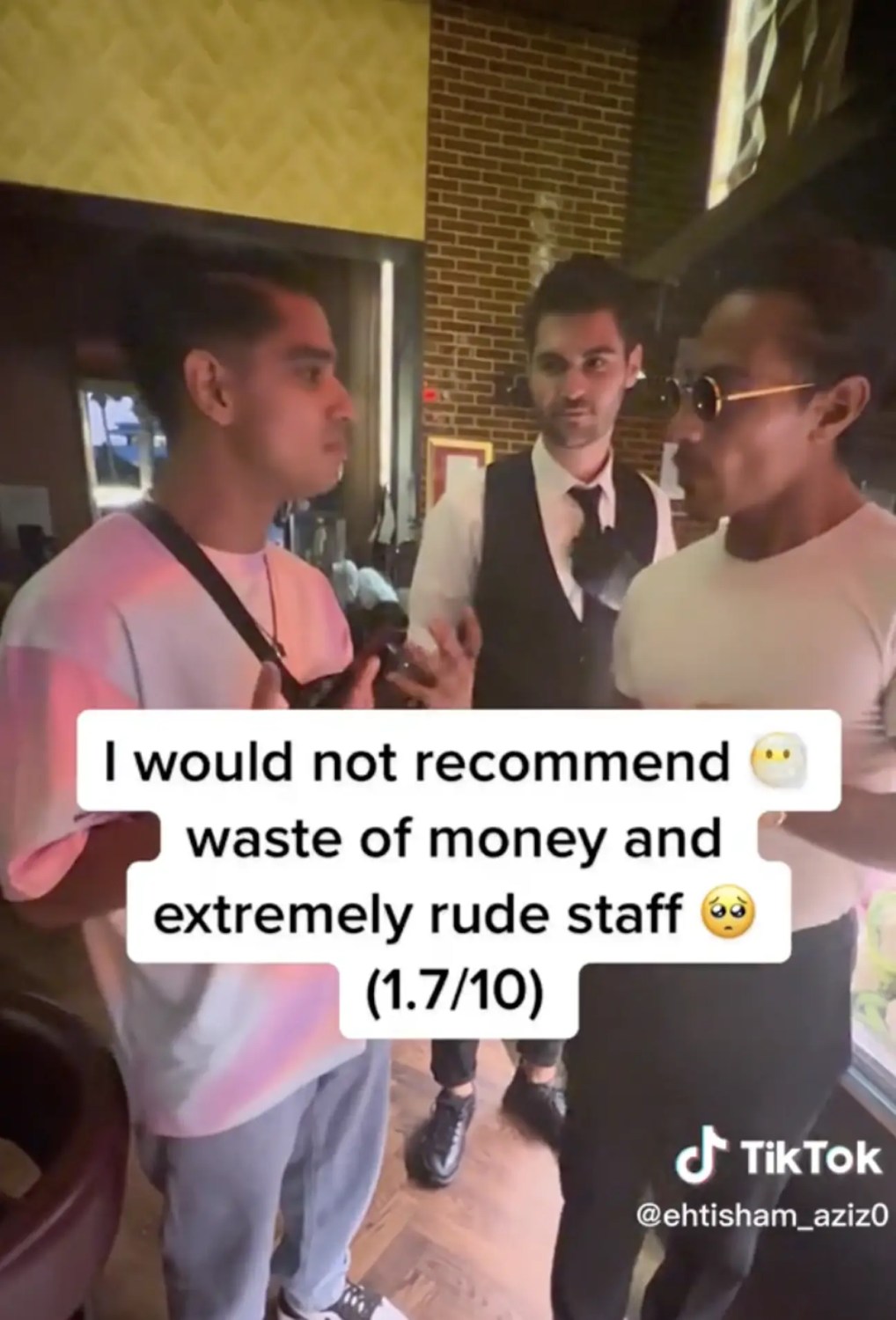 The review of Nusret Gökçe's restaurant in Qatar has caused a stir among viewers, who have found the experience both amusing and hard to believe.

One TikToker said: "'He fed my brother his meat' [laughing emoji]."

"Bro is wearing AirPods while cutting the meat," another added.

A third commented: "U payed $600 just for some dude to cut your steak lol."

A fourth user questioned: "Why do ppl keep going back to this place…"

One user joked that, given the circumstances, Salt Bae may be on the phone apologizing to FIFA for his behavior during the 2022 Qatar World Cup final, as he had been banned from attending the US Open Cup following the incident. This highlights the idea that people will go to great lengths, even if it means apologizing or facing consequences, in order to achieve their goals.