Rudy Ruettiger was born into a large poor family of 14 children in Joliet, Illinois, on August 23, 1948. He was the third among his many siblings.

Rudy's life-long dream was to play football for the University of Notre Dame's Fighting Irish, his father's favorite team. Every week, they would gather around the TV to watch the team play, increasing his desire to play for the team.

His dad was a miner, and he had a lot of appreciation for hard work. Rudy Ruettiger had all these traits in him all his life.

When he joined Joliet Catholic High School, he proved to be a promising athlete. During his junior and senior years, he had more tackles than anyone. 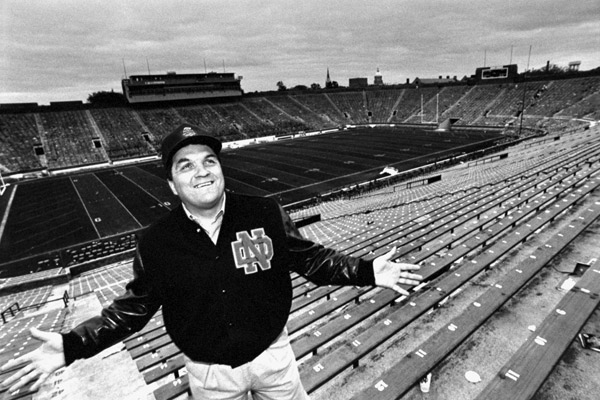 For a footballer, Rudy was relatively light with a weight of 165 pounds. He was also just five feet six inches tall. The success he had in high school made him even more determined to play for Notre Dame.

The truth, however, was that this dream was far out of reach. In fact, after his high school graduation, Rudy joined the Navy in 1968 and went on two tours to Vietnam.

When he finally got home after the Vietnam War, he used his G.I. Bill benefits to enroll at Indiana's Holy Cross College in 1972. While there, he discovered that after getting four straight As, he could be transferred to Notre Dame after completing four semesters.

While he was in college, Rudy was officially diagnosed with dyslexia, which makes reading and interpreting words, letters, and symbols difficult. That, however, did not keep him from getting the grades he needed to get into Notre Dame. 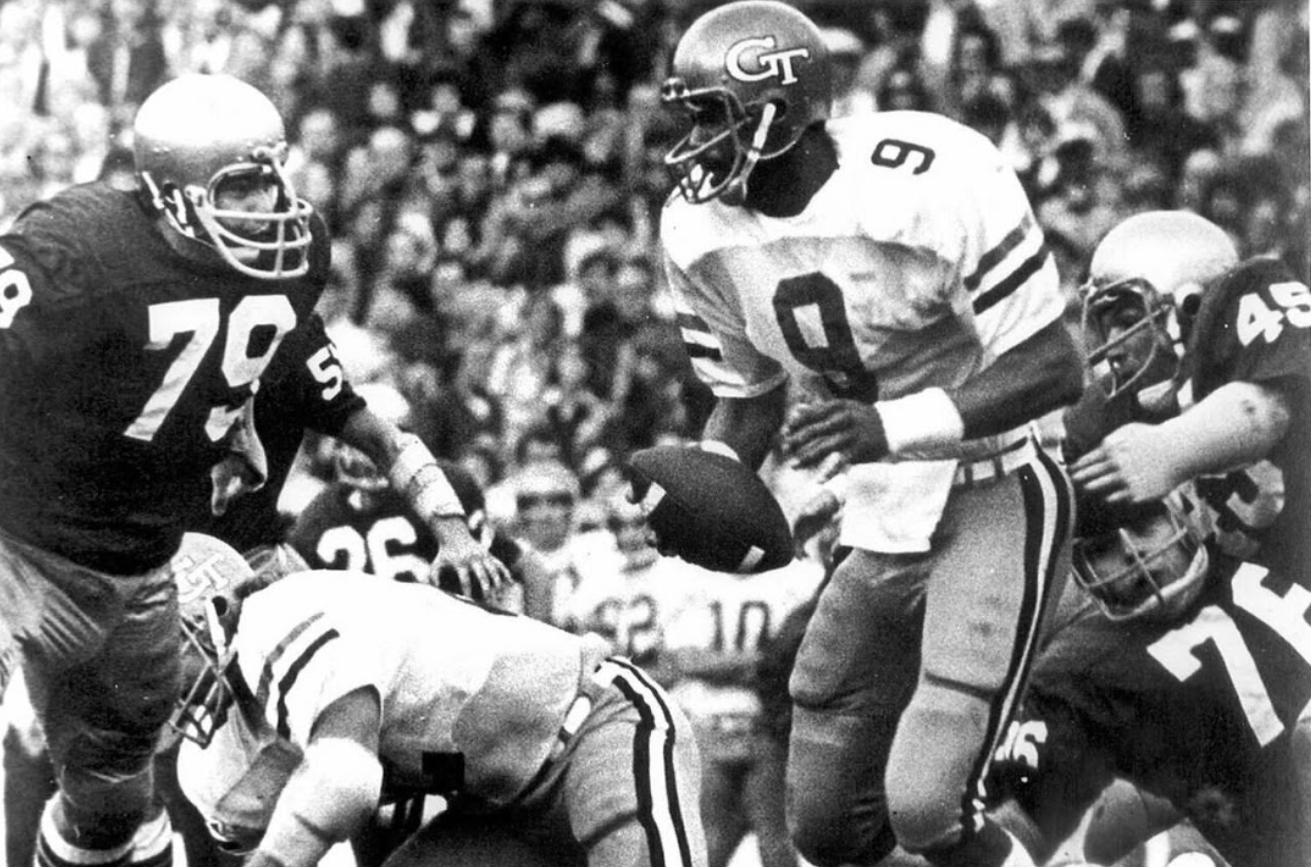 Rudy Ruettiger made several applications to join Notre Dame, and he was rejected on three separate occasions due to his low grades. In his fourth attempt, he was accepted, and he finally joined the institution in 1974.

Once there, his struggle was not over. He had to try extremely hard to become a Notre Dame scout-team player.

The scout team helps the main team during practice.

Fortunately, coaches recognized Ruettiger's determination. Ara Parseghian, the head coach, knew that the talent would overcome a lack of experience with time.

Merv Johnson coached Rudy and made him part of the team, and in his senior year, the new head coach, Dan Devine, helped make him become a legend. Parseghian had stepped down after the end of the 1974 season, and Devine understood how important it was for Rudy Ruetigger to shine.

Joe Montana had gotten injured and watched the games from the sidelines during the 1975 season, which gave Rudy Ruettiger a chance to replace him.

Rudy's golden moment finally came on November 8, 1975, when Devine told Rudy to prepare himself as Notre Dame went against Georgia Tech. In the official game, Rudy would finally get to play.

He was not successful in tackling Rudy Allen, the quarterback, during the game. Nevertheless, he managed to tackle him when it mattered.

Rudy became a legend, and he was carried off the field by his teammates in celebration. In the process, he became an unforgettable Notre Dame legend as he was the first player in the team's history to get that honor.

This reputation also earned him recognition in Hollywood, and that's how Rudy Ruettiger became the inspiration behind the famous Hollywood hit Rudy. In the film, he made a cameo as a fan during the last scene.

Rudy, the 1993 movie about Rudy Ruettiger, depicts the famous legend as he makes a play that got the Fighting Irish a decisive and hard-earned victory against George Tech, ending his unusual college football career in style. Sean Astin portrayed him in the lead role.

His coach, Dan Devine, had an antagonistic role in the film, which he was okay with despite not being his true nature. He was depicted as not having wanted Rudy to dress up for the game, although it was his idea to have Rudy play during the game.

Rudy Ruettiger later said that the film was 92 percent accurate.

The movie showed struggles as Rudy pursued his dream of becoming a footballer despite all the hurdles. Rudy Ruettiger had dyslexia, and he had a small frame that made his admission into the prestigious team a considerable challenge.

Nevertheless, as the film depicted, nothing made him give up on his dream. He was incredibly devoted, and he studied hard and eventually became a legend.

In general, the film teaches that if you work hard enough, you can make your dreams come true. The film, however, fails to demonstrate how meaningful friendships are.

Rudy formed many important relationships after he got into Notre Dame, and they ultimately helped him get the opportunity to become a star. The moment that turned him into a star and a legend only lasted for 27 seconds.

The film was complemented by the 2012 autobiography Rudy: My Story. 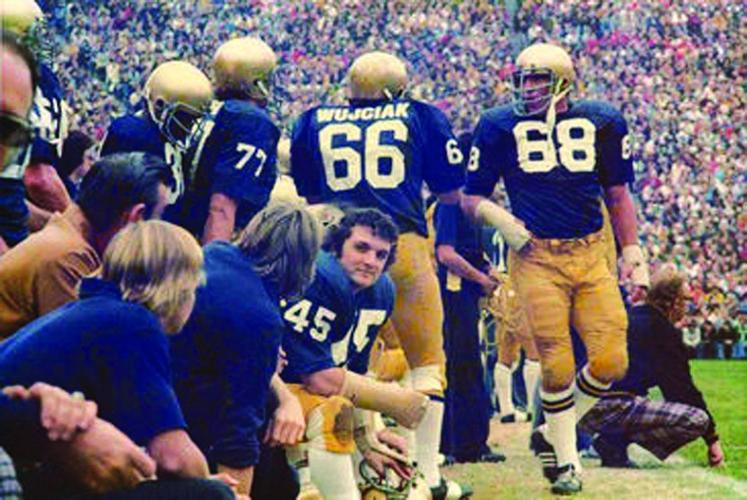 After Rudy left Notre Dame, he started another career. He proved that he was not just good in football but also a talented motivational speaker.

Today, Rudy can be booked for special events, including presentations to inspire other teams. In 2005, he was an honorary master of ceremony at a pep rally for Notre Dame Football.

As a motivational speaker, Rudy has a unique communication style and a lot of enthusiasm that embodies the spirit that made him a legend many years ago. Rudy Ruettiger often appears on the same platforms as speakers like General Colin Powell, Joe Montana, Zig Ziglar, and Peter Lowe.

For this reason, he has been inducted into the Speakers Hall of Fame.

In 2011, he was charged with securities fraud for participating in a pump-and-dump scheme connected to his role as the chairman of his company. Later, he accepted that greed made him commit the crime, which he regretted. 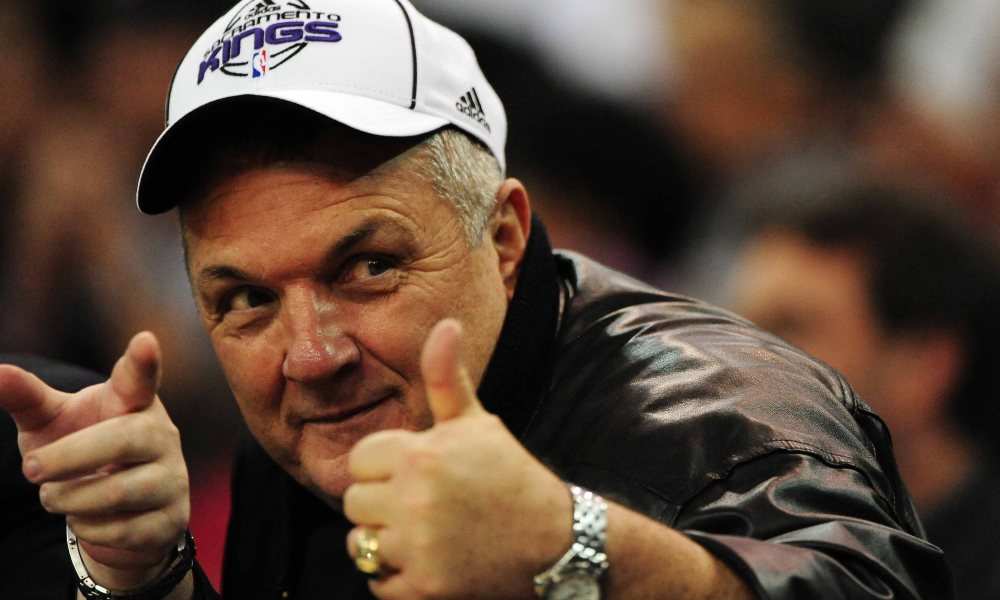 In the settlement case, Rudy had to pay $382,866 in fines. He talked about the event in his book, where he said that he had fallen into the trap the rest of the country had fallen into during the boom years and said he should not have been chasing money.

Fortunately, that dark spot on his otherwise shining history has not ruined the love people have for him as a legend. His determination and success have won him honorary degrees from many universities.

He also got recognition from President George W. Bush.

In 2017, at 68, Rudy Ruettiger was baptized as a member of The Church of Jesus Christ of Latter-day Saints in Utah.

An award was also created in his honor for players with character, courage, contribution, and commitment as part of their teams. This award aims to recognize the "Rudy" in every team in America, including high school teams.

He also founded the Rudy Foundation, which helps children attain their greatest potential. The organization offers support to organizations that can impact the lives of children emotionally, physically, cognitively, and spiritually.