Life these days especially can be challenging. So to keep your sanity, make sure to add some laughter to your days. There is no better way to do that than with us.

Stop for a minute or two and scroll through these dirty jokes and one-liners we picked out just for you. 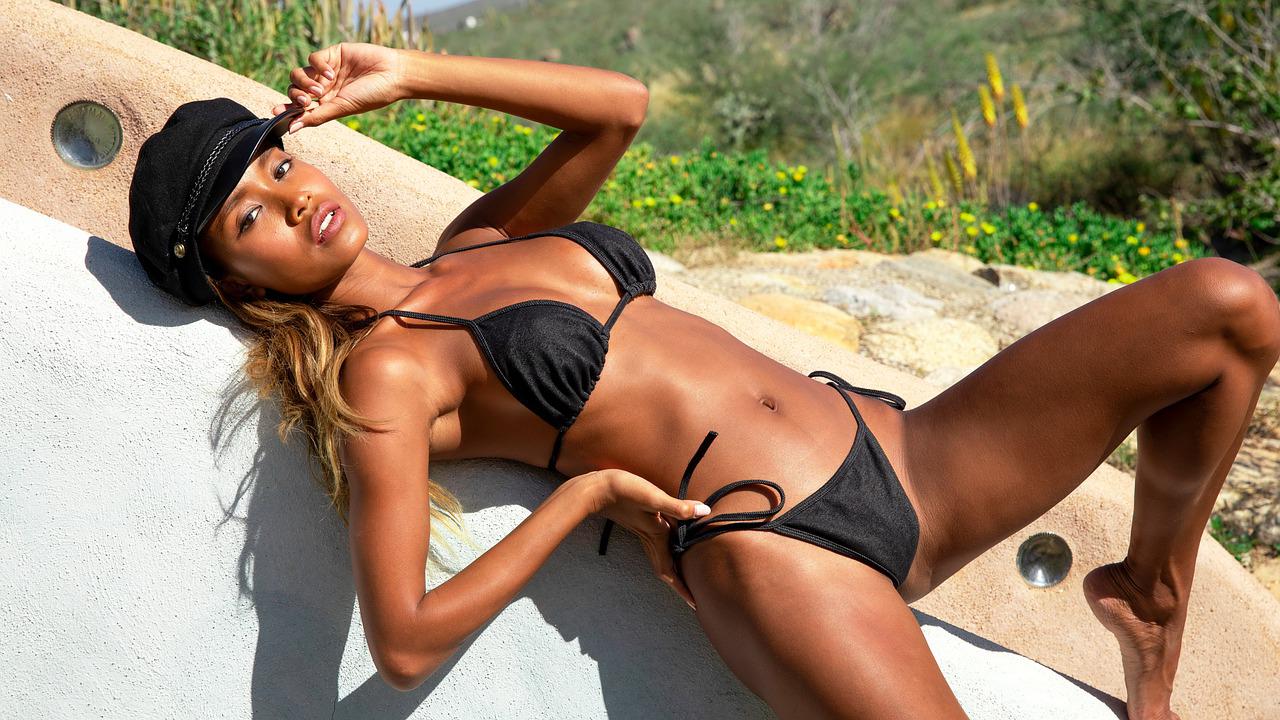 A man had just been laid off from work. He was standing on the railing of a high bridge, getting ready to jump off, when he looked down and saw a little man with no arms dancing all around on the river bank below.

He thought to himself, "Life isn't so bad after all," and got off the railing. He then walked down to the river bank to thank the little man for saving his life. "Thank you," he said. "I was going to jump off that bridge and kill myself, but when I saw you dancing even though you have no arms, I changed my mind."

"Dancing? I'm not dancing!" the armless man replied bitterly... "My asshole itches, and I can't scratch it! 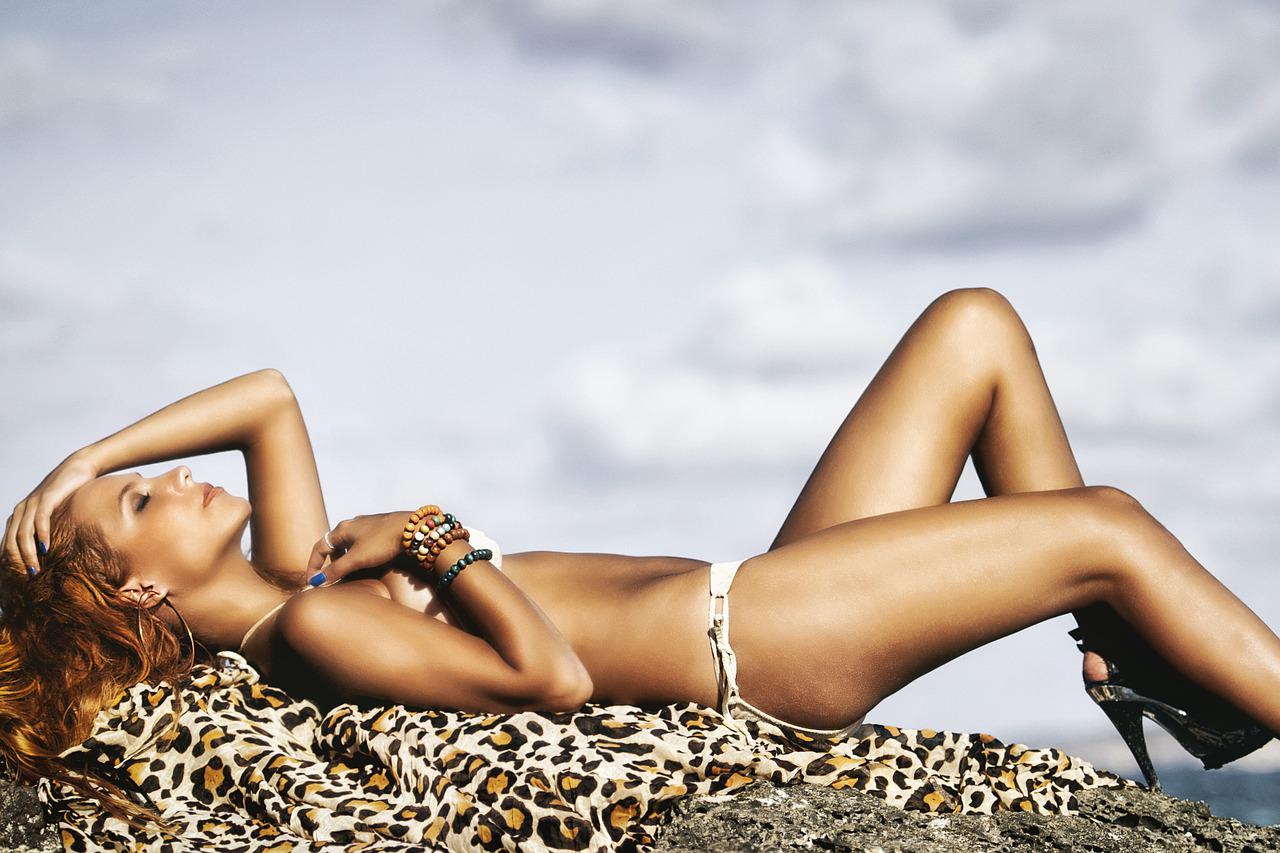 Q: What's the difference between your wife and your job?

A: After five years, your job will still suck. 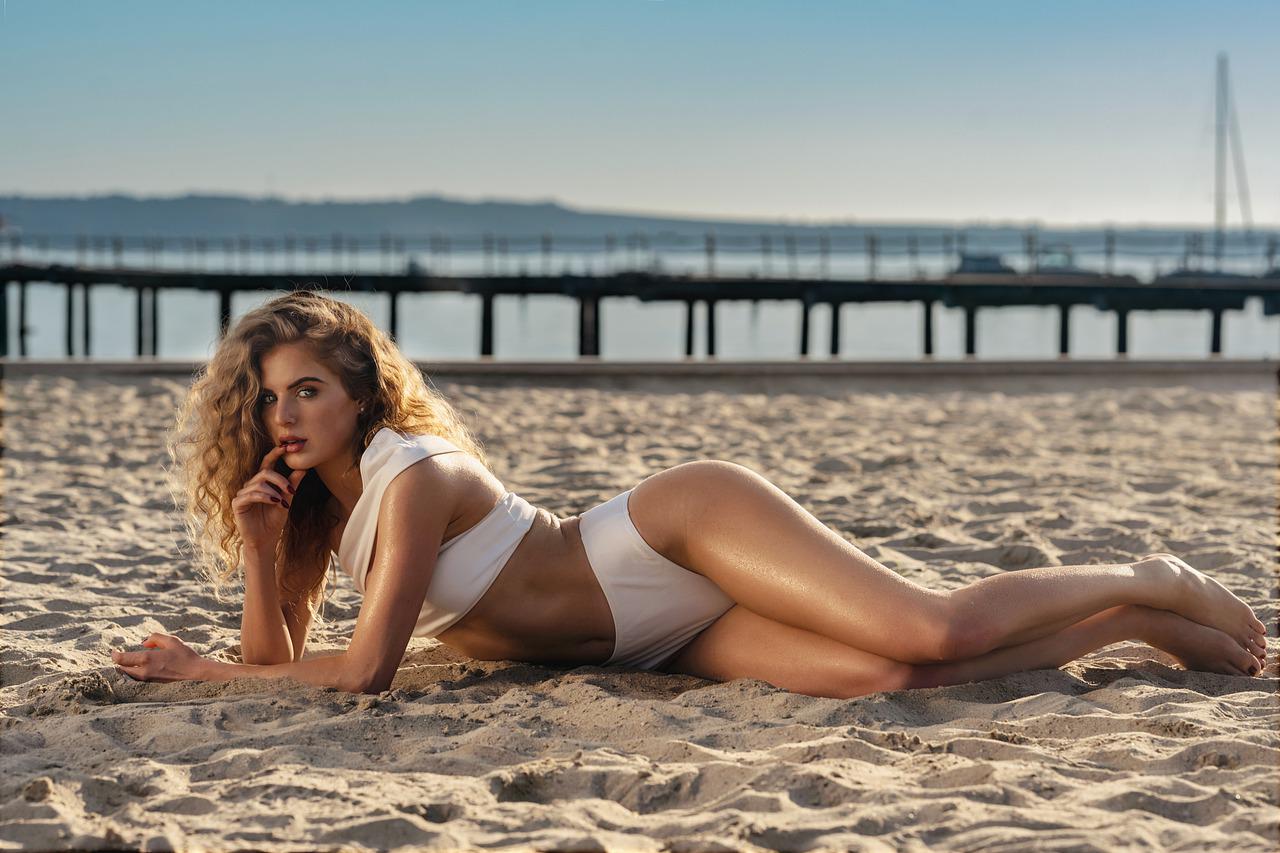 "He had a heart attack while we were making love on Sunday morning." Horrified, Katie told her grandmother that people nearly 100 years old having sex would surely be asking for trouble. "Oh no, my dear," replied granny. "Many years ago, realizing our advanced age, we figured out the best time to do it was when the church bells would start to ring."

"It was just the right rhythm. Nice and slow and even. Nothing too strenuous, simply in on the Ding and out on the Dong." She paused, wiped away a tear, and then continued, "and if that damned ice cream truck hadn't come along, he'd still be alive today!" 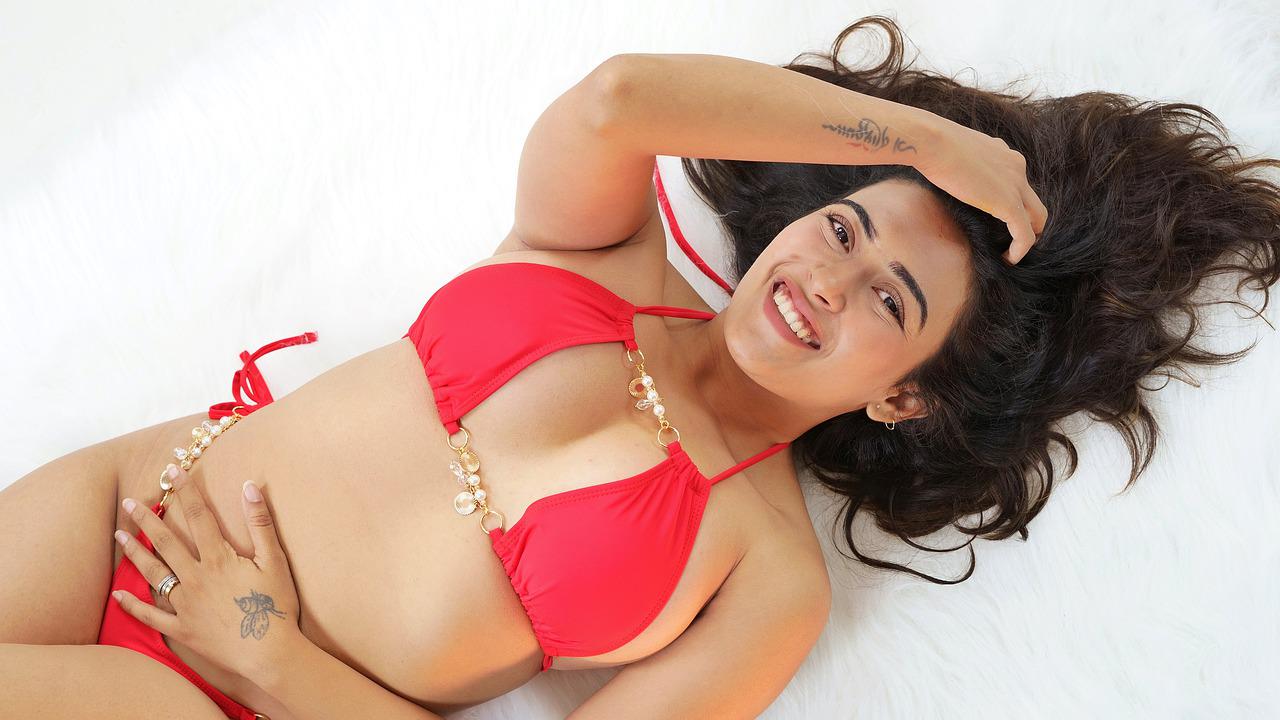 Four guys have been going on the same golfing trip to St Andrew's for many years...

Two days before the group leaves, John's wife puts her foot down and tells him he isn't going. John's mates are upset that he can't go, but what can they do? Two days later, the three get to St Andrew's only to find John sitting at the bar with four drinks set up!

"Wow, John, how long you been here, and how did you talk your Missus into letting you go?" "Well, I've been here since last night... Yesterday evening, I was sitting in my living room chair, and my wife came up behind me and put her hands over my eyes, and asked, 'Guess who?' I pulled her hands off, and there she was, wearing a nightie. She took my hand and pulled me into our bedroom. She's been reading 50 Shades of Grey, and the room had candles and rose petals all over."

"On the bed, she had handcuffs and ropes! She told me to tie her up and cuff her to the bed, so I did. Then she said, "Do whatever you want. So, here I am!"

The One About The One Liner 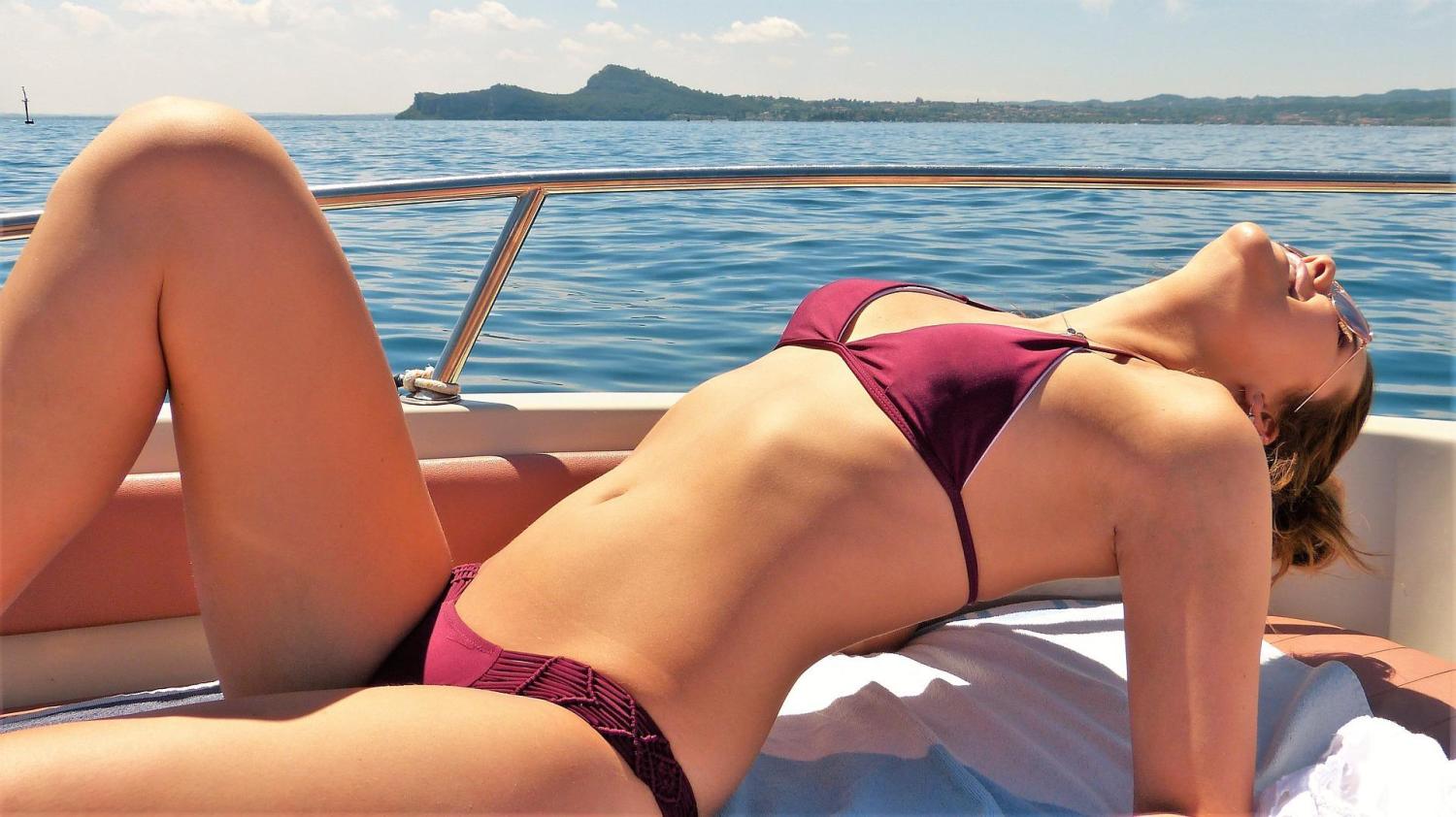 The One About The Bull 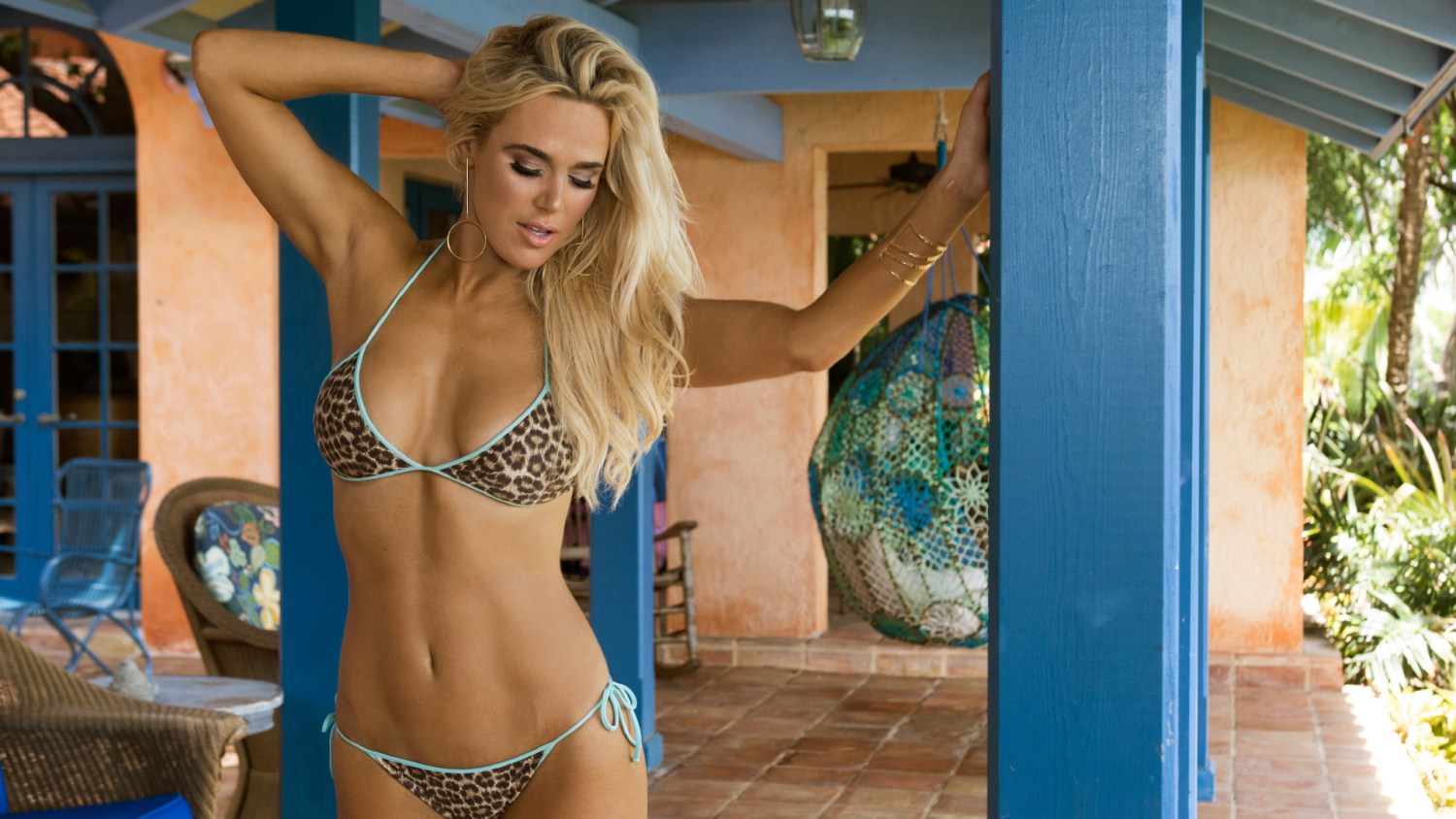 A man got lost in a small town he was visiting when he came across a cowboy standing next to a 10-foot bull.

The man asks the cowboy: "What time is it?"

The man, confused, then asks: "How the fu*k can you tell time by grabbing that bull's balls?"

The cowboy answers: "It's really simple...I grab the bull's balls, lift them up a bit ... and you see that clock over there?" 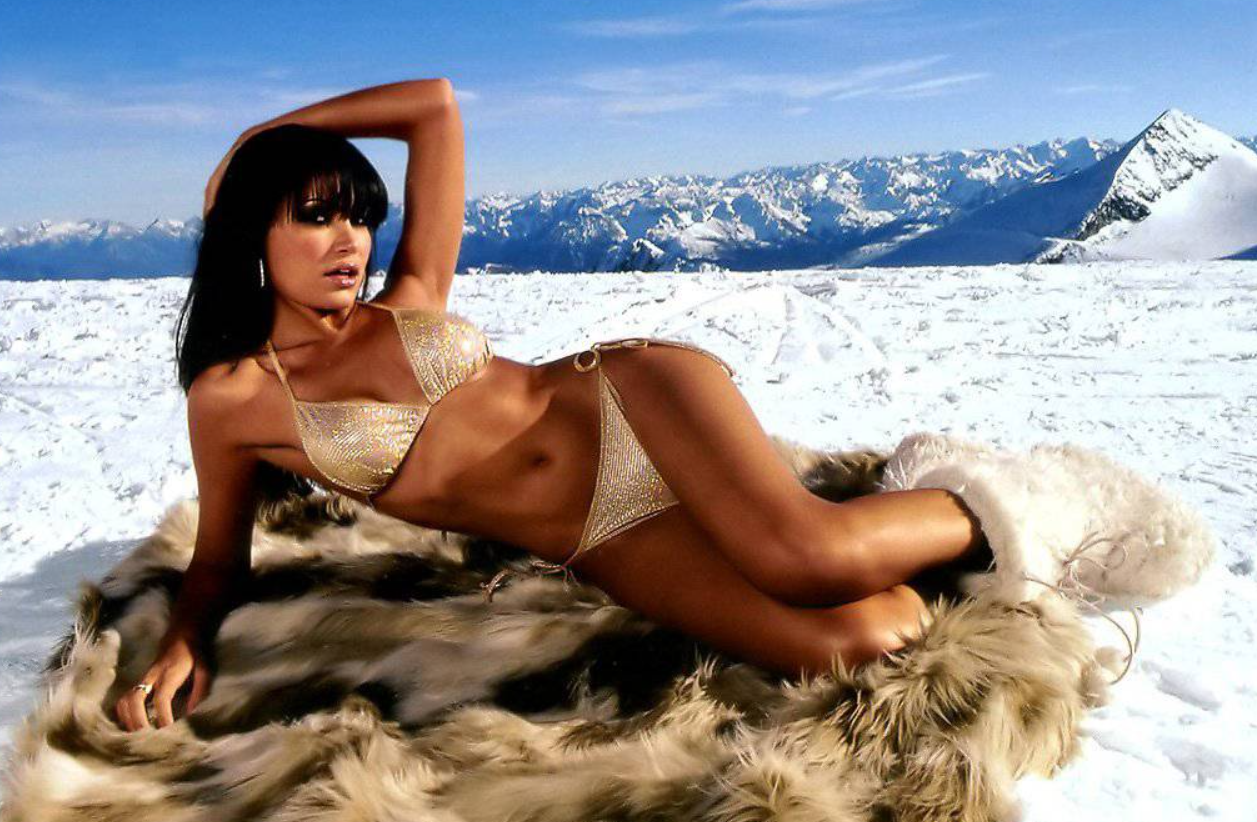 Two men, Rick and Dave, go on a skiing trip and get caught in a blizzard. They pull into a farm and ask the lady of the house, a good-looking widow if they can sleep on her couch. She agrees, and they turn in for the night.

The next morning they go on their way and enjoy a weekend of skiing. A few months later, Rick gets a letter from the widow's lawyer. He says to Dave, "You remember that good-looking widow we met on our skiing vacation?" "Yes," says Dave. "In the middle of the night, did you go up to her room and have sex with her?" asks Rick.

"Yes," admits Dave, a little embarrassed. "I see," says Rick. "And when you had sex, did you happen to use my name instead of yours?" Dave's face turns red. "Yeah, sorry," he says. "I'm afraid I did." "Well," says Rick. "You must have been damn good. She's just died and left everything to me." 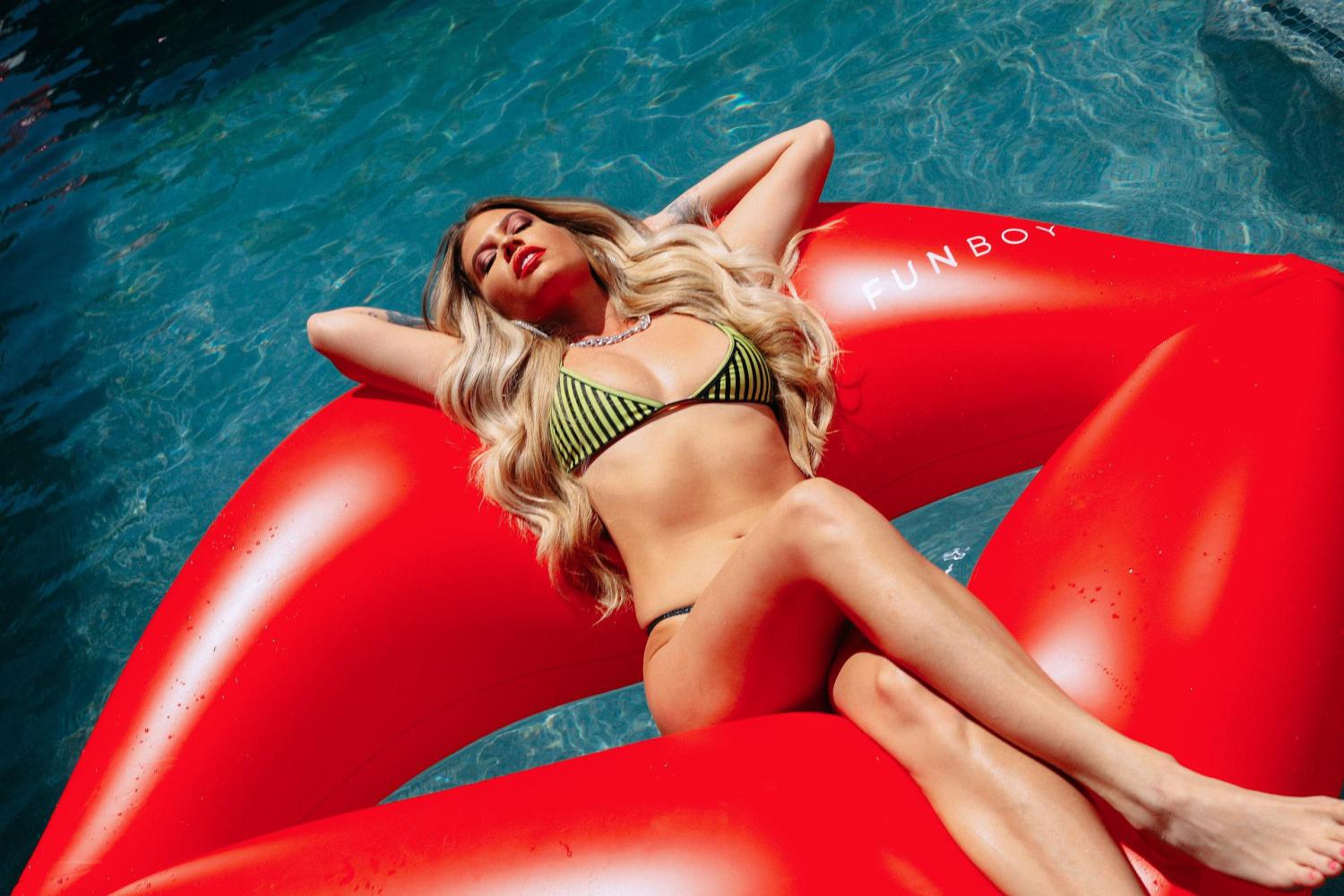 "Well, er, yes --- but only three times," she admitted, somewhat embarrassed. "Hmmm, three times?" questioned Ole. "That's not so bad. Do you remember those three times? Can you tell me when?"

"Well, Ole, do you remember when you wanted to build the store and had a hard time getting approval from the City Council?" asked Lena. "That was the first time."

"And, do you remember when you wanted to build an addition but had to get the okay from the building inspector?" she asked. "That was the second time." "OK, Lena, when was the third time?" queried Ole.

"The third time was " Lena paused. "Do you remember when you were running for president of the Sons of Norway, and you needed 125 votes?" 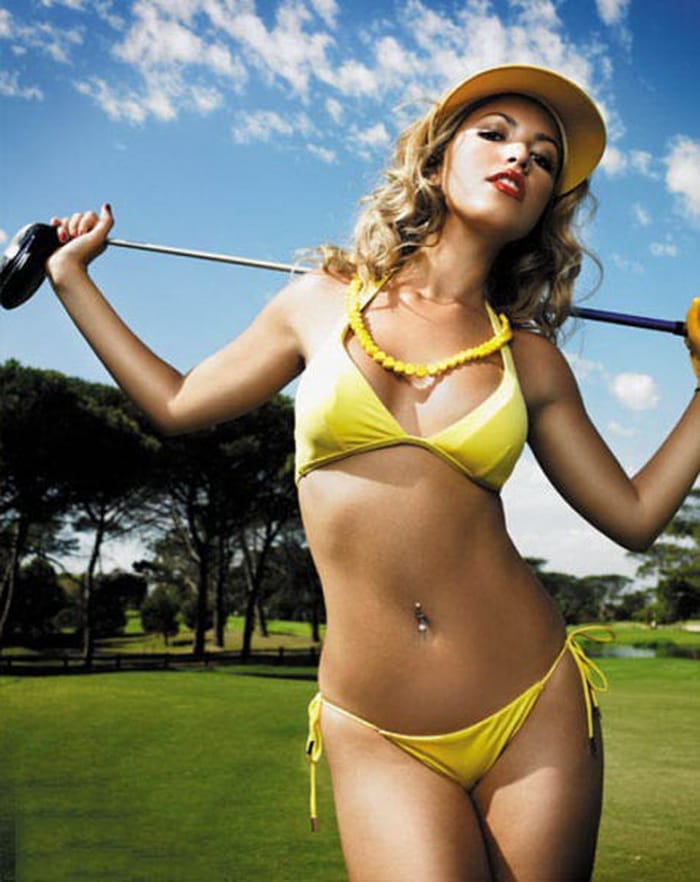 A lady golfer is stung by a wasp. She goes to look for the green keeper and finds him. "I've been stung by a wasp," She says. "Where did it get you?" he replies.

"Between the 1st and 2nd hole," said the lady golfer, to which the green keeper replied, "I think your stance must be a little too wide." 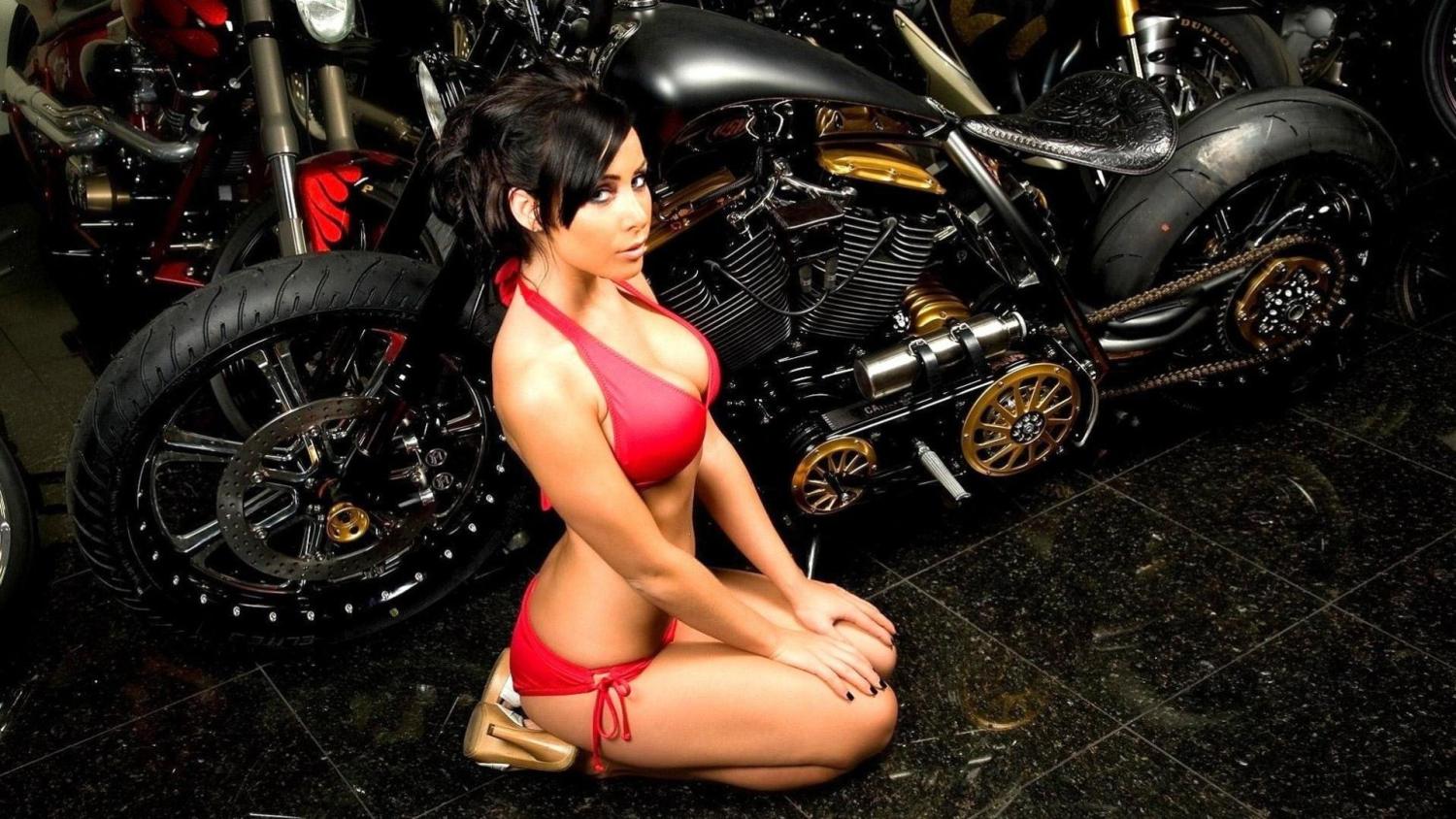 Life is like toilet paper, you're either on a roll or taking shit from some asshole. 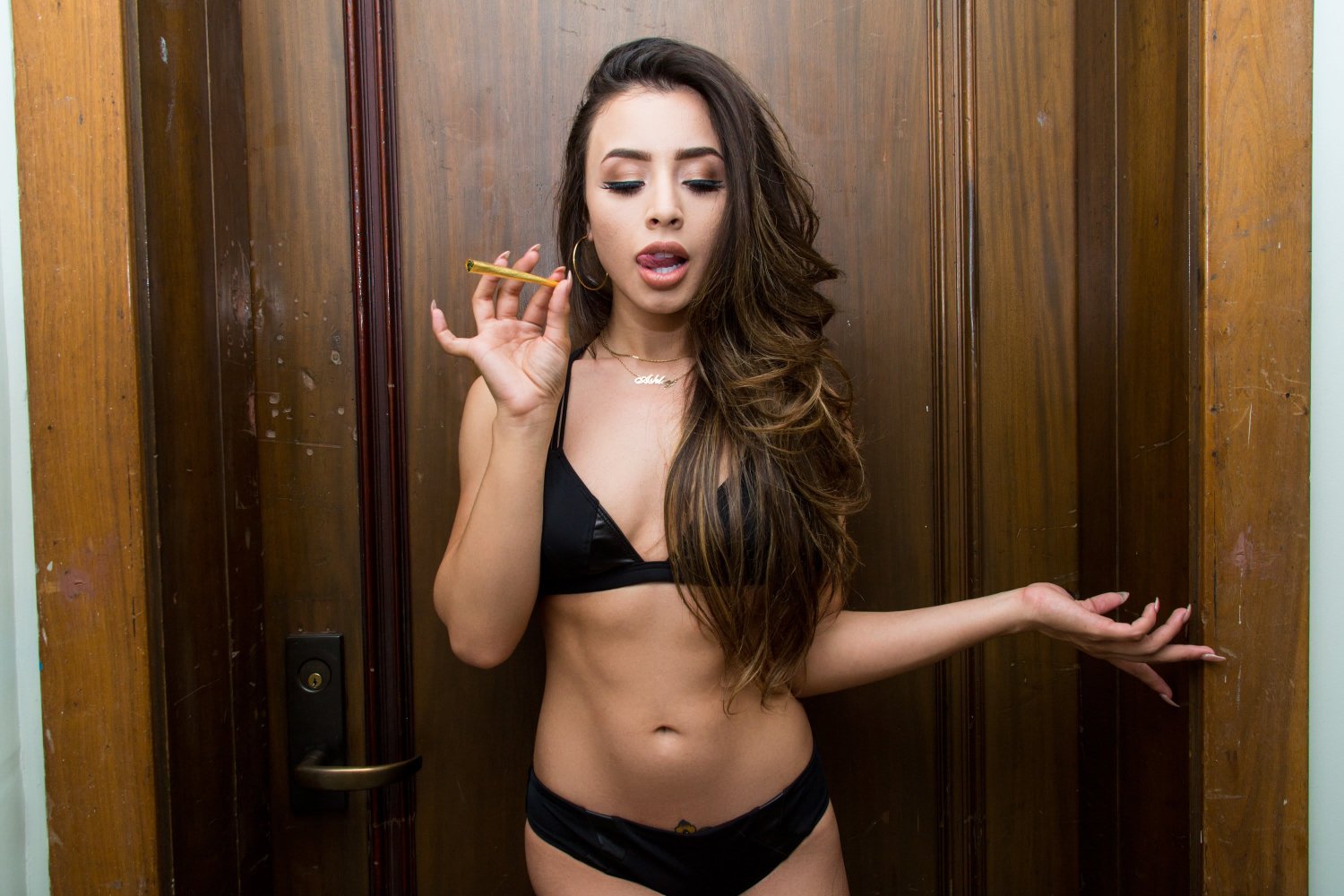 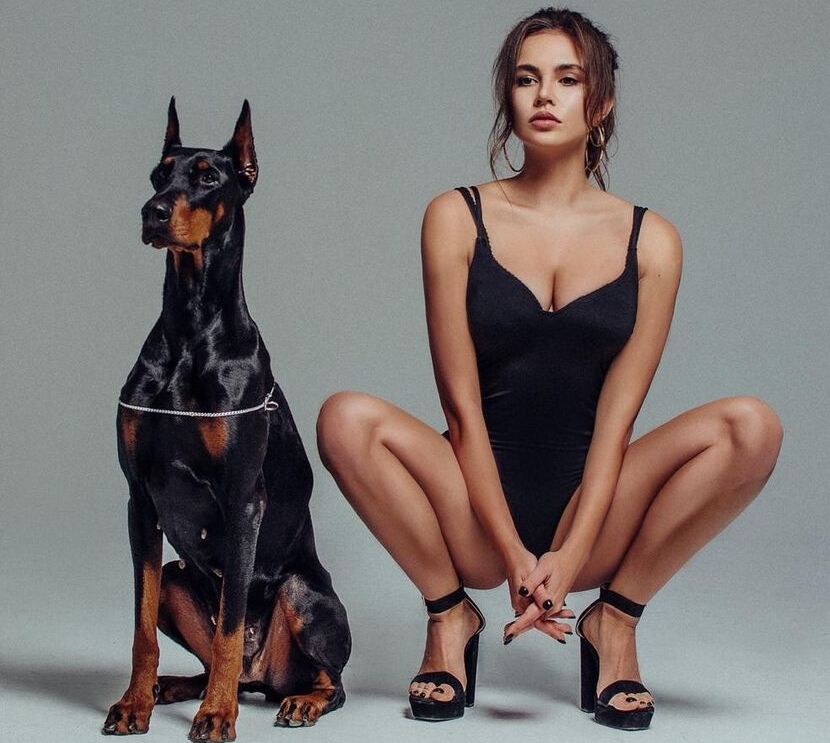 Three dogs are sitting in the waiting room of a vet's office. One is a poodle, one is a schnauzer, and the other is a great Dane. The poodle turns to the schnauzer and asks, "why are you here?" The schnauzer responds, "I'm 17 years old. I don't see or hear very well. I've been having accidents in the house. My owner says I'm too old and sick, so he brought me here to be put to sleep."

The schnauzer asks the poodle, "why are you here?" The poodle responds, "I've not been myself lately. I've been especially high-strung. I've been barking all the time, snapping at people, and biting one of the neighbor's kids. Nobody knows why this has been happening. My owner says he can't risk me biting somebody else, so he brought me here to be put to sleep."

The poodle and schnauzer ask the great Dane why he is here. The great Dane responds, "My owner is this beautiful runway model. Yesterday she was walking around the house naked when she suddenly bent down to pick up something she dropped. She was bent over and naked when nature took over, and the next thing I know, I'm on top of her doing the doggie thing. I couldn't help myself."

The poodle asks, "so she brought you here to put to sleep?" 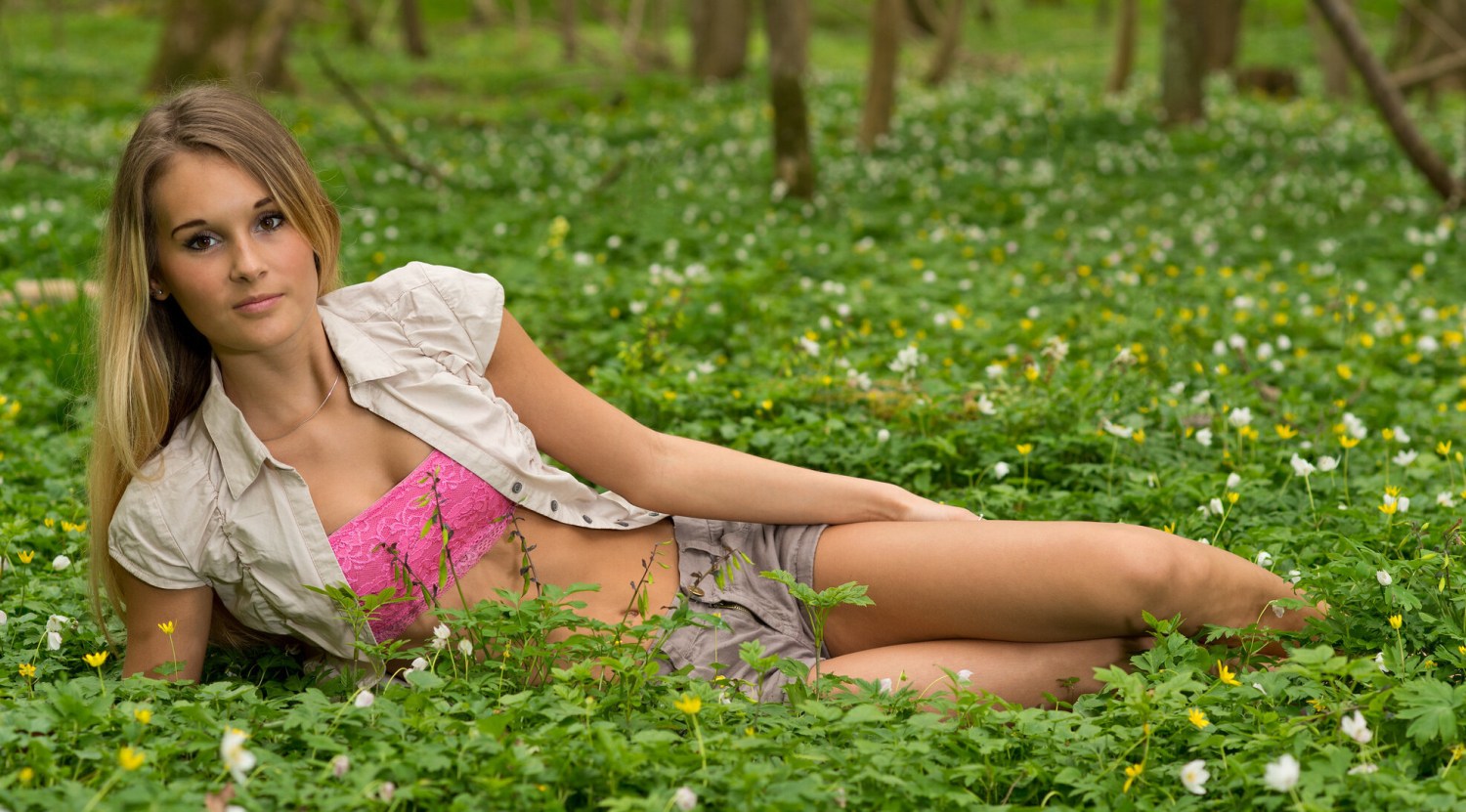 A city slicker wanted to buy a farm, and he'd found just what he was looking for. During an inspection of the property, however, he found a hive of bees. He told the owner that he was deathly afraid of bees, and there was no way he could consider this piece of land.

The landowner assured him that the bees were completely harmless, but the buyer would have no part of it. Finally, the landowner made an offer. The buyer would allow himself to be tied to a tree for an hour, nude, under the nest. So sure of the friendliness of his bees was the farmer that if ONE bee were to sting him, the farm would be his for free.

The buyer thought it over and decided it was worth the risk. An hour later, the farmer walked out to the tree and saw the poor guy slumped over in his bindings. Fearing the worst, he ran up to him and asked if he had been stung. The city fella looked up and weakly said, 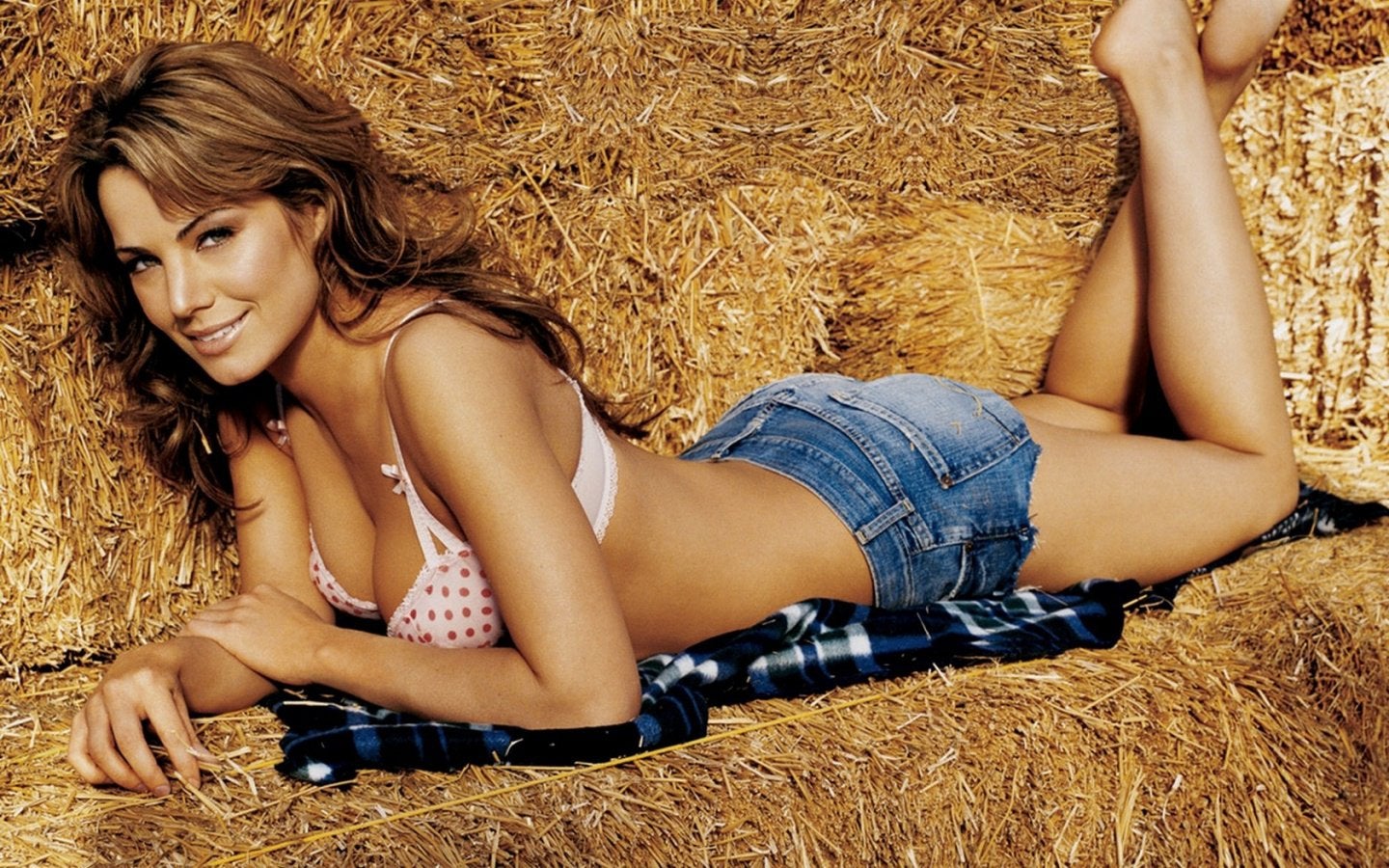 A man buys several sheep, hoping to breed them for wool. After several weeks, he notices that none of the sheep are getting pregnant and calls a veterinarian for help. The vet tells him that he should try artificial insemination.

The guy doesn't have the slightest idea what this means but, not wanting to display his ignorance, only asks the vet how he will know when the sheep are pregnant. The vet tells him that they will stop standing around and will instead lay down and wallow in the grass when they are pregnant.

The man hangs up and gives it some thought. He concludes that artificial insemination means HE has to impregnate the sheep. So, he loads the sheep into his truck, drives them out into the woods, has sex with them all, brings them back, and goes to bed.

The following morning, he wakes and looks out at the sheep. Seeing that they are all still standing around, he concludes that the first try didn't take and loads them in the truck again.

He drives them out to the woods, bangs each sheep twice for good measure, brings them back, and goes to bed. The next morning he wakes to find the sheep still just standing around.

One more try, he tells himself, and proceeds to load them up and drive them out to the woods. He spends all day shagging the sheep and, upon returning home, falls listlessly into bed.

The next morning, he cannot even raise himself from the bed to look at the sheep. He asks his wife to look out and tell him if the sheep are lying in the grass.

"No," she says, "they're all in the truck, and one of them is honking the horn!" 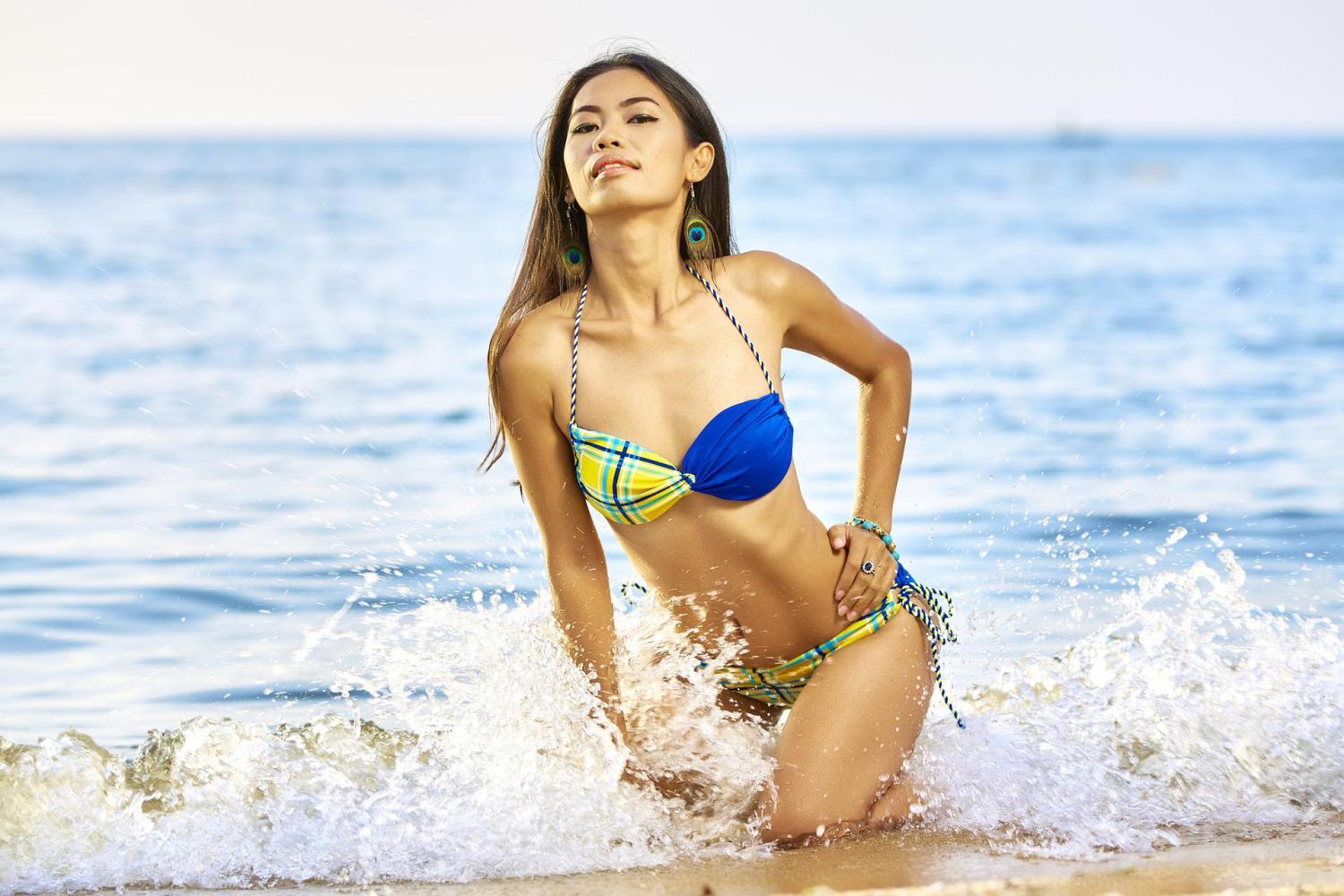 What's the difference between your wife and your job? After five years, your job will still suck.

What's the difference between a hooker and a drug dealer? A hooker can wash her crack and sell it again.

What is the difference between a Genealogist and a Gynecologist?

What's the difference between a hooker and a mosquito? When you slap a mosquito, it stops sucking. 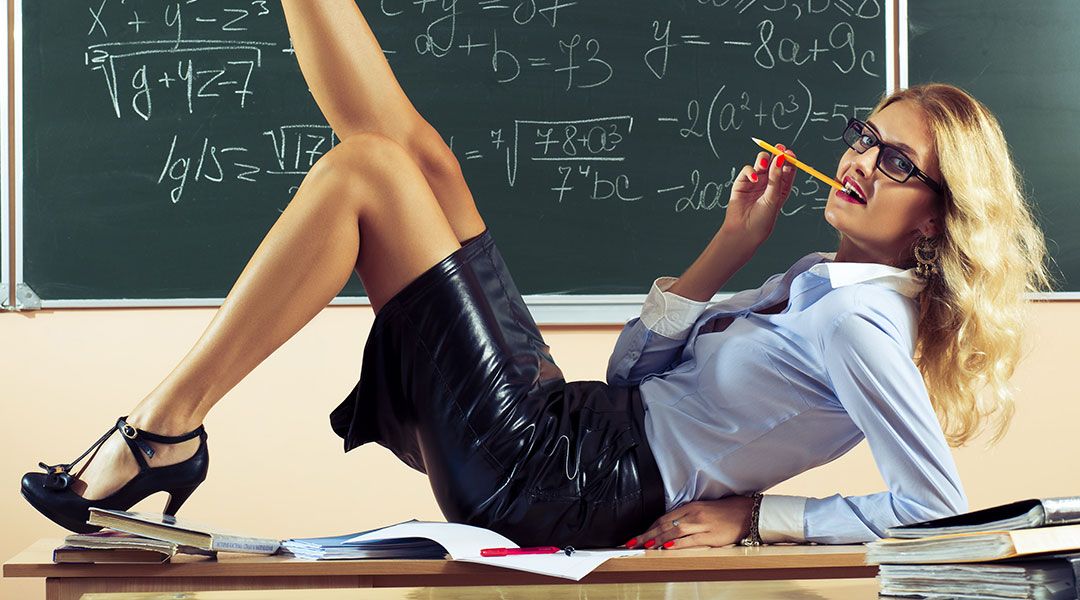 A teacher trying to teach good manners asked one of her students the following question:

"Michael, if you were on a date having dinner with a nice young lady, how would you tell her that you have to go to the bathroom?"

Michael said: "Just a minute, I have to go pee."

The teacher responded by saying: "That would be rude and impolite. What about you, Sherman? How would you say it?"

Sherman said: "I'm sorry, but I really need to go to the bathroom. I'll be right back."

"That's better, but it's still not very nice to say the word bathroom at the dinner table. And you, little Johnny, can you use your brain for once and show us your good manners?"

Johnny said: "I would say: Darling, may I please be excused for a moment? I have to shake hands with a very dear friend of mine, who I hope to introduce you to after dinner."