A few of the deadliest riots in the States and world history occurred in 1992. The Roof Koreans gained a reputation for themselves during the L.A. Riots, also referred to as the Los Angeles Uprising.

As riots erupted in L.A. in April 1992, Korean shop owners were left unprotected. Thus, they decided to take matters into their own hands. The outcome was devastating.

So, who were these Roof Koreans? Read on to find out. 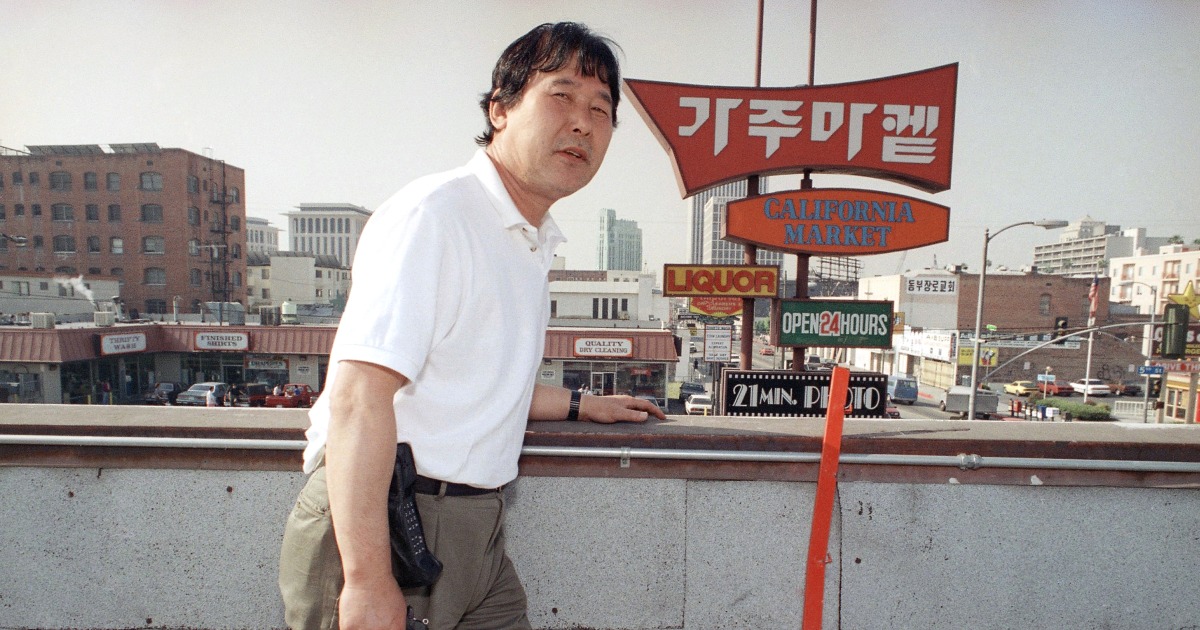 Los Angeles has a large Korean community. Thousands of Koreans call L.A. their home. A majority of these Koreans immigrated in the 1970s-1980s.

They came here looking for the American Dream when their nation wasn't as developed as today. Due to inadequate income and job opportunities, Koreans were forced to relocate to impoverished or rougher parts of town.

Here, it was economically easier to open up shops. These areas were majorly black-dominated. During the 1970s-1980s, the neighborhood was dominated by African Americans.

In the ensuing years, the influx of immigrants from Asia and Latin America changed the racial mix of the area. This ultimately resulted in unrest between the two minority groups, African Americans and Asian Americans.

Though it emphasized the hardship of both, it even reflected the misery of racial minorities in the face of the white majority.

Who Were Roof Koreans? 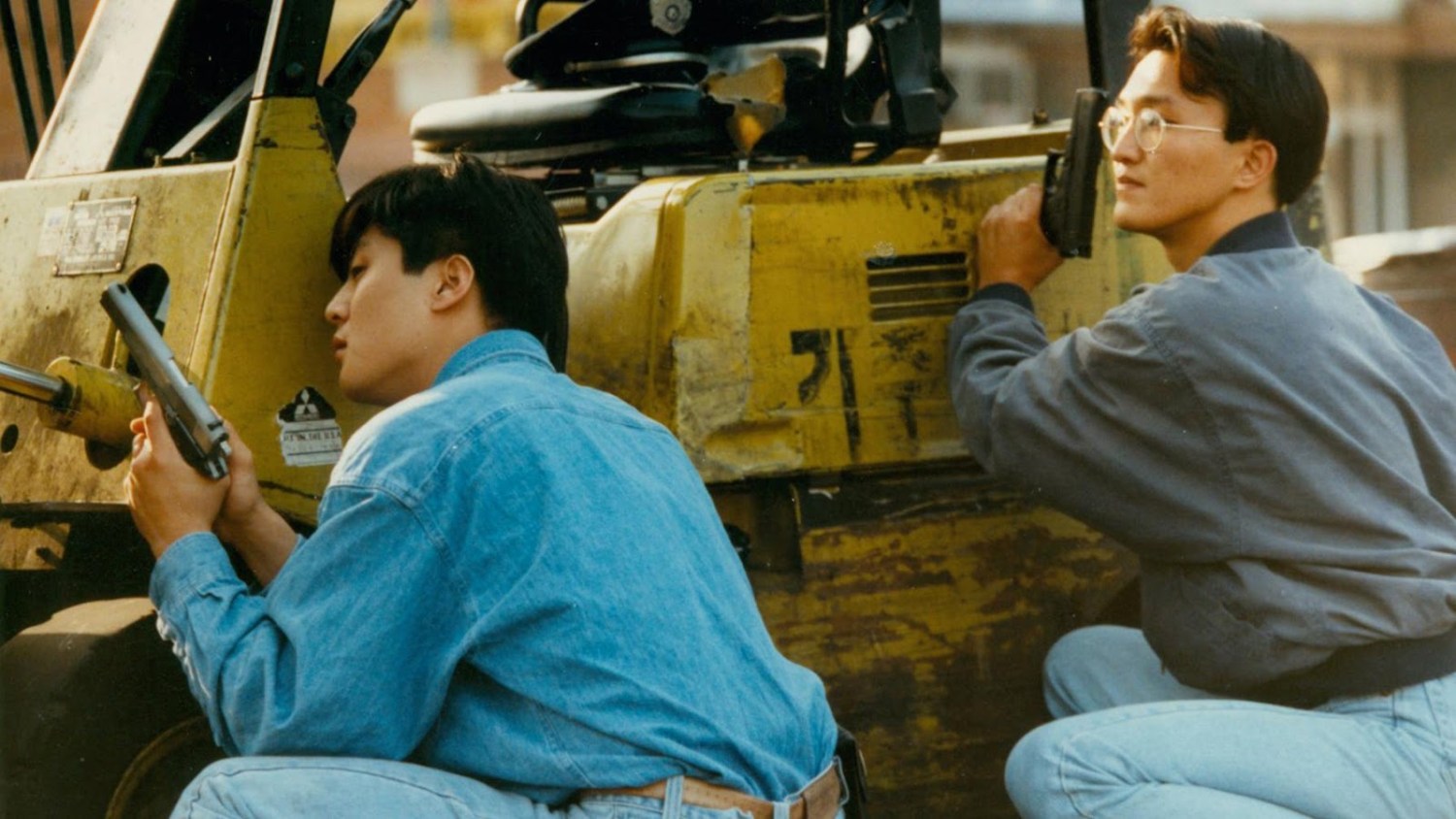 It was an amalgamation of racial minority demographics long afflicted by urban decay. The April-May 1992 rioting in L.A. was a string of protests erupted in South Central Los Angeles.

It was set in motion when some cops were acquitted of using unreasonable force in the assault and imprisonment of Afro-American Rodney King. This got a lot of attention on television. 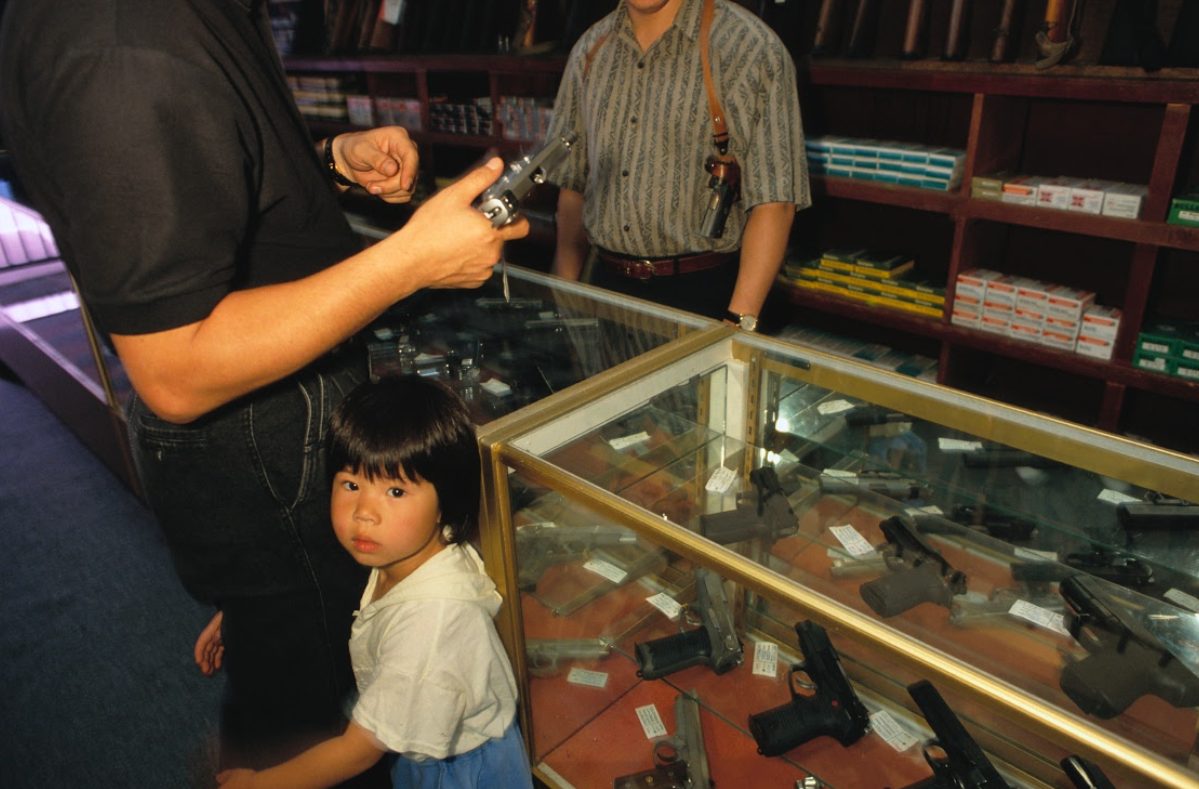 This crisis swiftly escalated into arson, assault, and looting over six days. Due to a staff shortage, cops could not stop the rioting, which appeared to be growing.

The riots contributed to the neighborhood's long-running cultural tensions involving Koreans and African Americans. So when riots first expanded to Koreatown, the authorities provided almost no assistance to the Asians. Their stores were frequently looted. 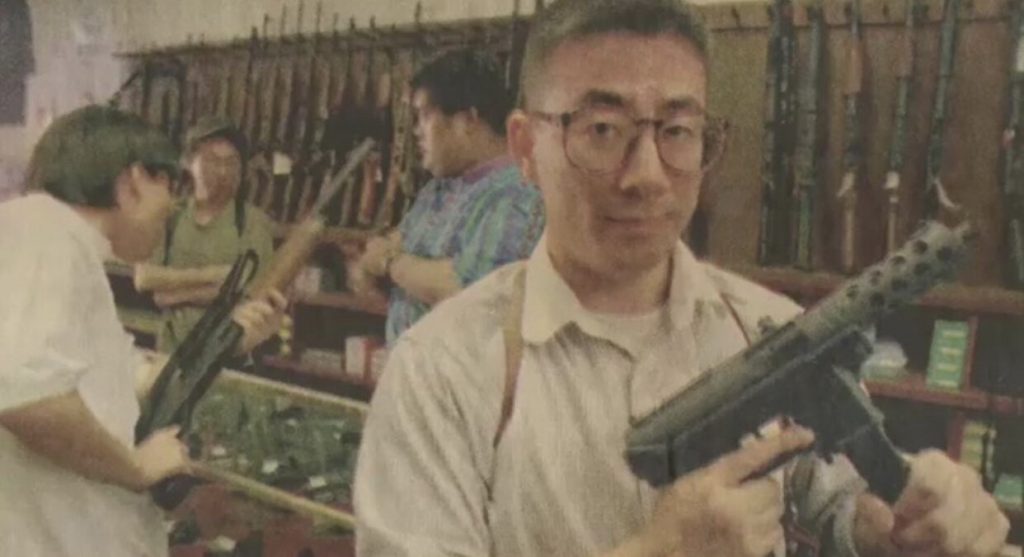 Fearing that if they stayed quiet, everything would tear down, they turned to violence. It was partially out of stubbornness and pride and to preserve their enterprises and livelihoods. Thus, they took up their Roofs.

This move heightened communal tensions, leading to the urban myth of Roof Koreans shooting looters. The reality, on the other hand, was far more intricate – and far more frightening.

A Decade Of Death 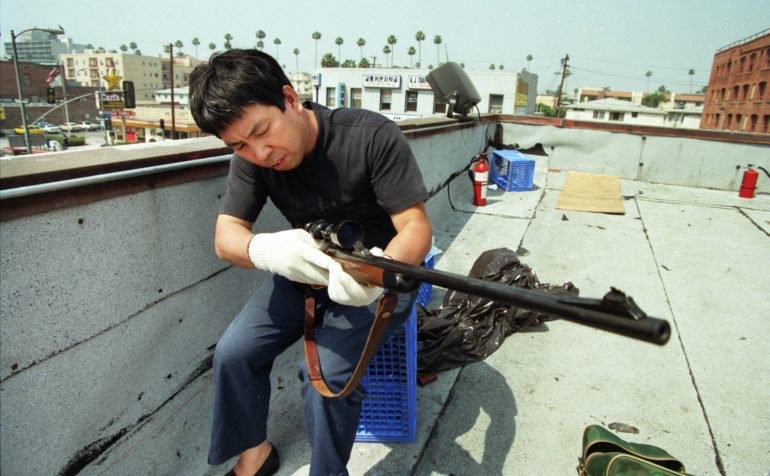 The notorious revolt in South Los Angeles saw communities engulfed in flames. The Roof Koreans were seen on their rooftops with firearms. The municipal government mainly ignored South Central L.A., as is often the case with minority areas.

This decade is known as the "decade of death." It refers to the enormous number of deaths that occurred by rising crime and the nationwide crack epidemic.

During the peak of the bloodshed, almost 1,000 individuals were slain each year. Most of them were linked to gang activities.

The Peak Of Violence 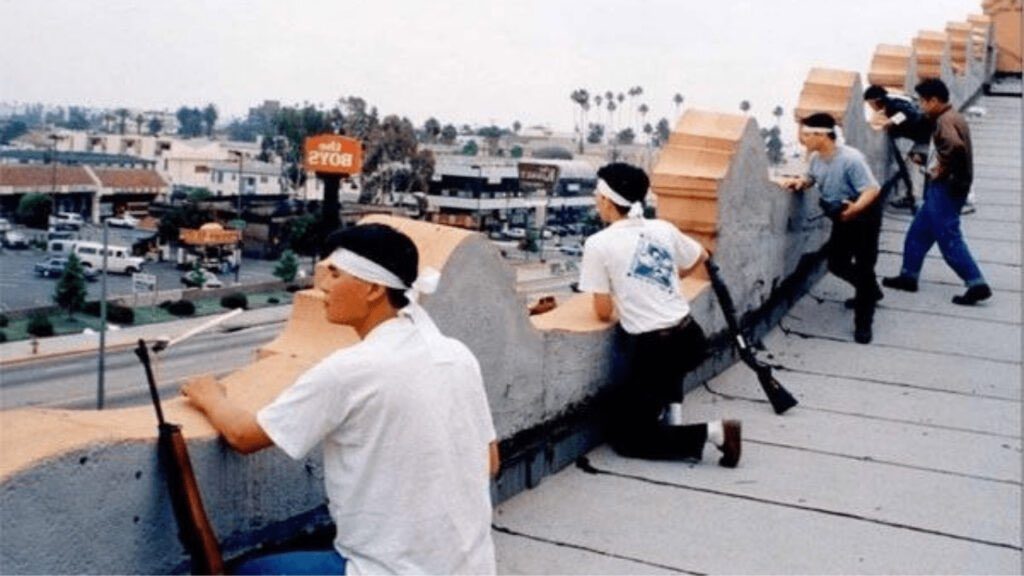 After several high-profile cases, including black victims of race riots, the tension in South Central L.A. crossed a threshold. The horrific police assault of a Black man Rodney King was caught on tape on March 3, 1991. The cops pursued him for a traffic offense.

Two weeks later, a Korean American store employee shot and killed a 15-year-old Black teenager Latasha Harlins. He alleged the girl was attempting to grab an orange juice bottle. However, it was not the truth. 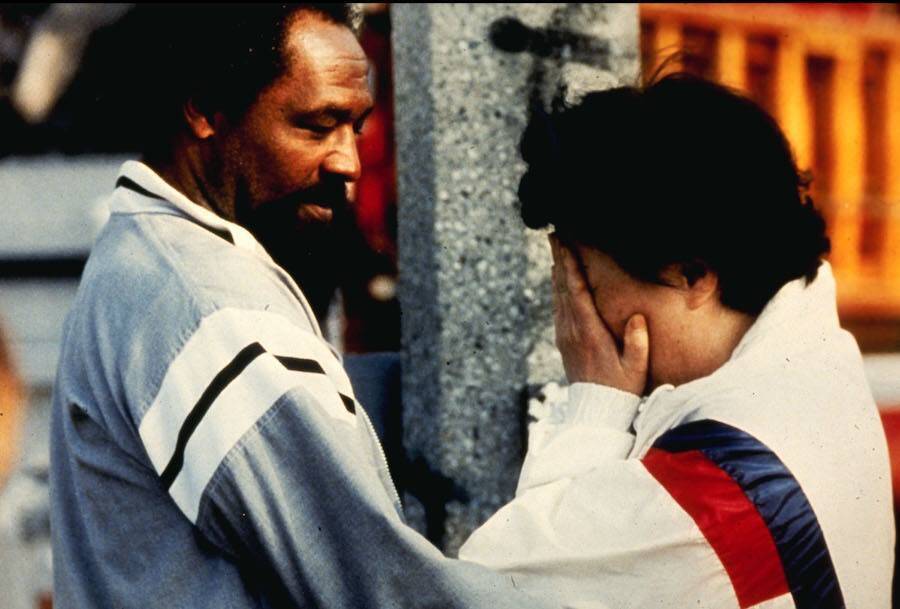 Even though these were distinct instances, the racism contained in such violent acts weighed heavily on the Black people of the community. It did not take long for the early sparks of discontent to evolve into total civil upheaval.

After all, there were already victims of systematic racism that trapped them in poverty. 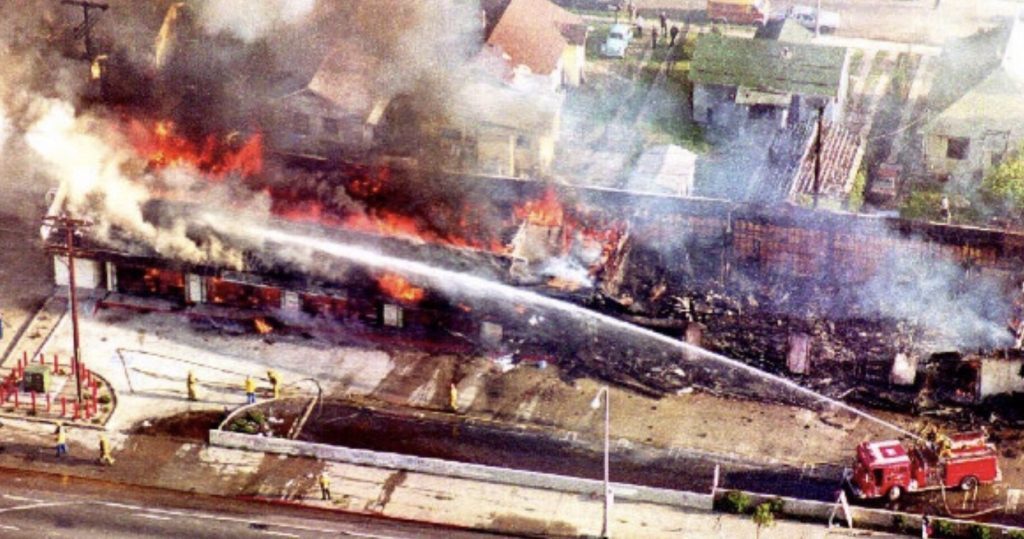 The decision for the Rodney King trial was announced on April 29, 1992. An almost all-white jury cleared the four white LAPD policemen engaged in his assault.

After what many perceived as an unfair conclusion, the neighborhoods of South Central L.A. swiftly degenerated into mayhem. Furious residents rushed to the roads in hours to express their dissatisfaction. 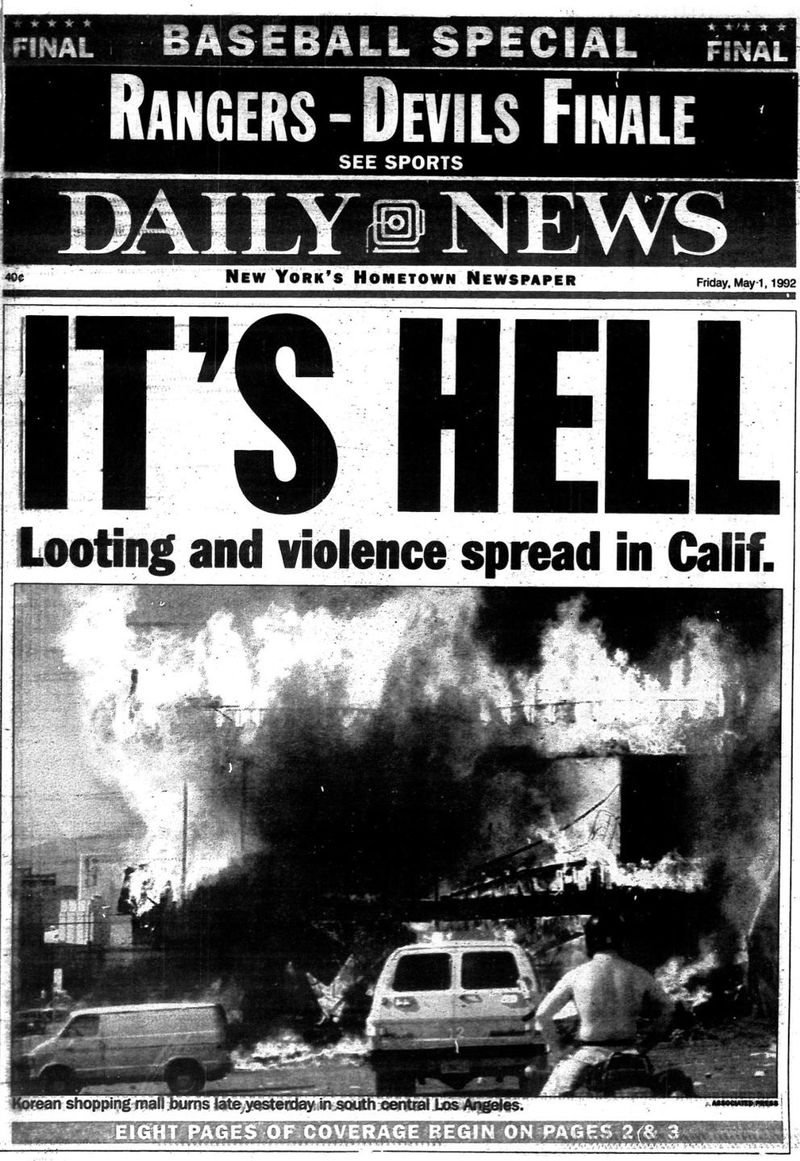 Hundreds of people gathered outside of the LAPD headquarters in outrage. Others vented their anger by plundering and torching structures. Sadly, arsonists and looters attacked several small shops, mainly Korean-owned companies.

On top of property destruction, there was a lot of physical violence. Amid live footage of the riots, enraged mobs attacked a Chinese immigrant called Choi Si Choi and a white trucker named Reginald Denny.

The wounded were rescued and hauled out of mortal danger by African American citizens. The L.A. revolt of 1992 spanned five days. The police, as per residents, did almost nothing to stop the commotion. They withdrew, unable to restrain the looting masses. 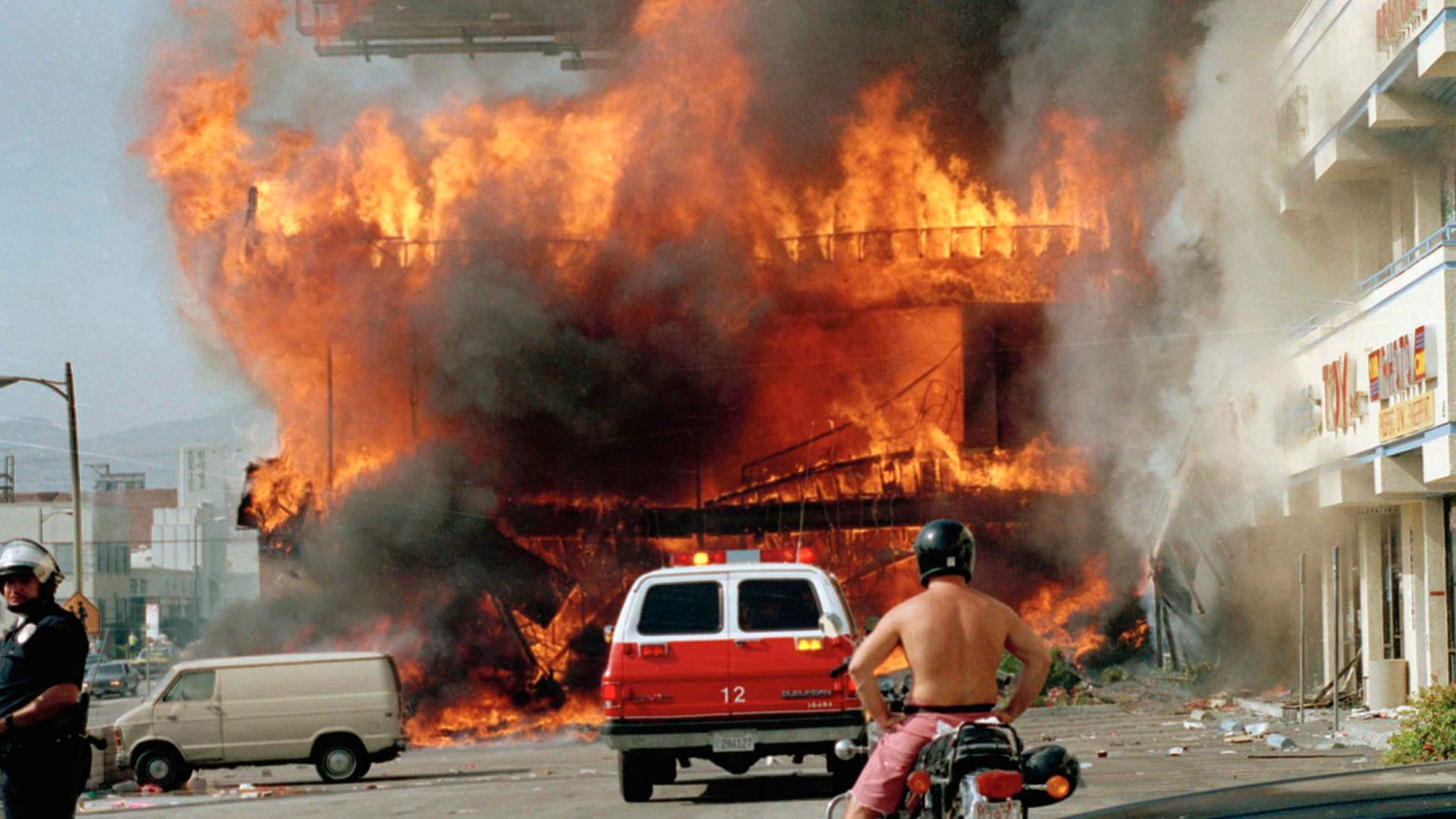 Thus, South Central inhabitants, especially business owners in the Koreatown neighborhood, were left to fend for themselves. They had no choice but to turn into Roof Koreans.

Roof Koreans camped out of their rooftops. They possessed arms and shot people who posed a threat to them. It was a sight of misery, desperation, fear, and hatred.

The End Of Chaos 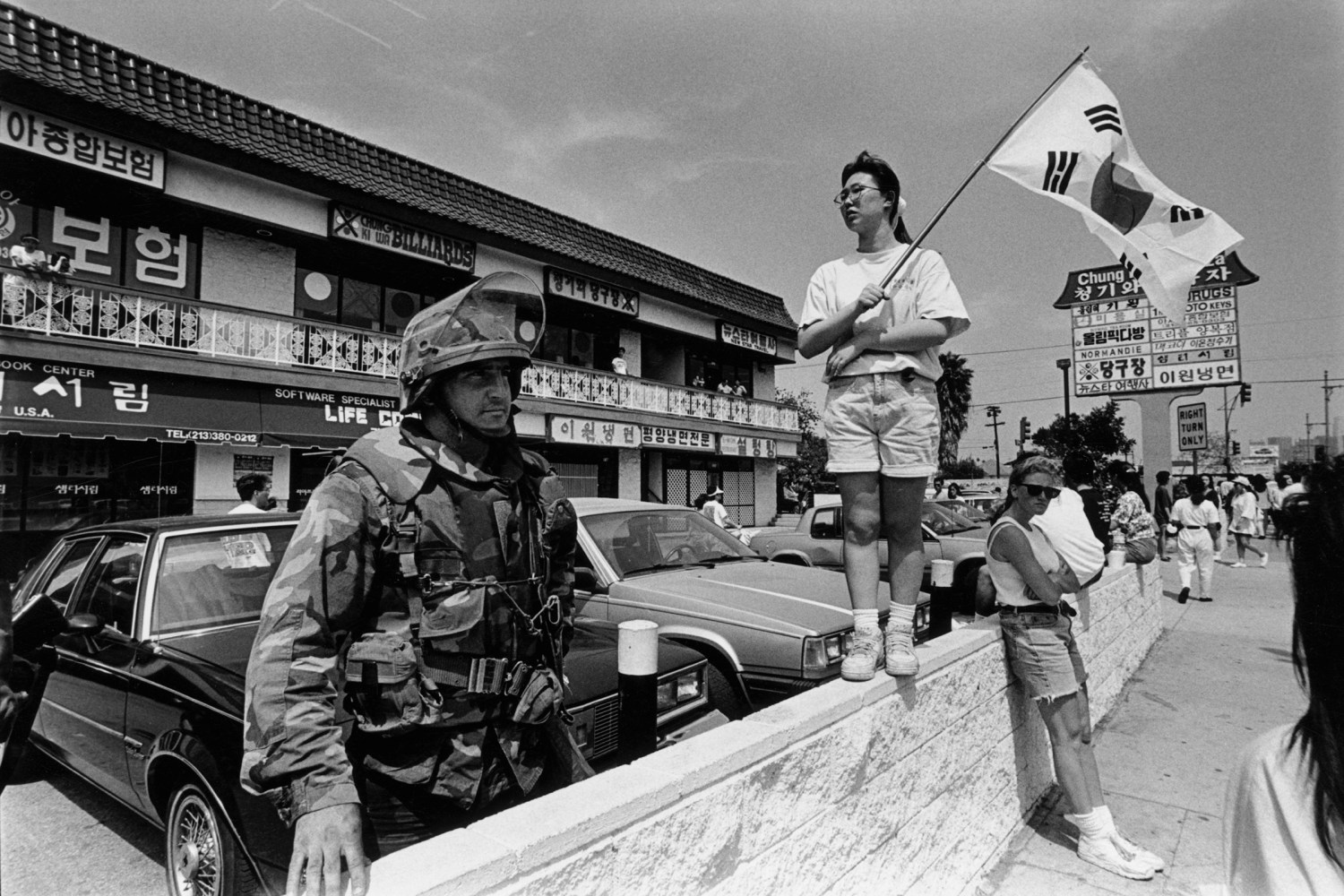 Finally, the U.S. military was dispatched to assist in the resolution of the conflict. Unfortunately, it wasn't before 63 people were murdered, and another 2000+ had been injured.

Property valued at over $1 billion at the time, more than 12,000 individuals were detained. The Koreans, possibly more than anybody else, sustained the most harm. Numerous stores were plundered or destroyed. Nonetheless, their community spirit endured.

Thus, this was how the case of Roof Koreans culminated. 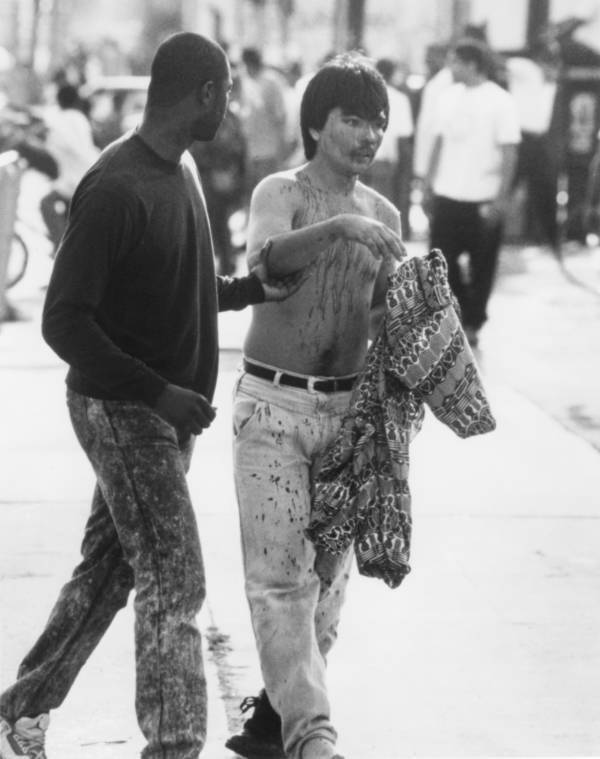 Many pro-gun folks posted stories and memes about Roof Koreans after the anti-racism events in 2020. Such memes are marred with tragedy and sufferings that the Korean Americans experienced during the last century.

Roof Koreans, who today are urban legends, were born out of fear and desperation. They had to step up when the cops of the country failed them. The Asian community will never forget such a dark scar in their history.