British comedian, actor, and creator of The Office and AfterLife, Ricky Gervais, said people are tired of celebrity privilege.

Gervais explained why people hate celebrities using virtue signaling, as "the people with nothing became tired of being lectured by people who had everything."

The comedian often reminds celebrities and even mocks how they use their influence, as we saw during his hosting gigs at Golden Globes.

Gervais hosted the Golden Globes five times, and in 2020 his monologues were the highlight of the evening. He told The Sun that he would never host the Oscars since he would not have the same freedom. Speaking of Golden Globes, the famed stand-up comedian and writer said:

The London-based Gervais claims that people are sick of hypocritical, constant virtue signaling:

"With all of the austerity and people struggling, they think, 'Why are these people lecturing me? They're going   to an awards ceremony in a limo and are telling me to recycle?'"

Ricky spared no one's feelings, which earned him a smirk of disapproval from Tom Hanks.

"People just got sick of it, just got sick of virtue signaling. And they were like a beacon to aim their wrath at. The people with nothing became tired of being lectured by people who had everything. You have to make a decision as a comedian."

Instead of thinking he is one of them, his Golden Globe hosting gig was seen from a viewer's perspective:

"Do you pander to the 200 most privileged people in the world in the room or the 200 million watching at home?" 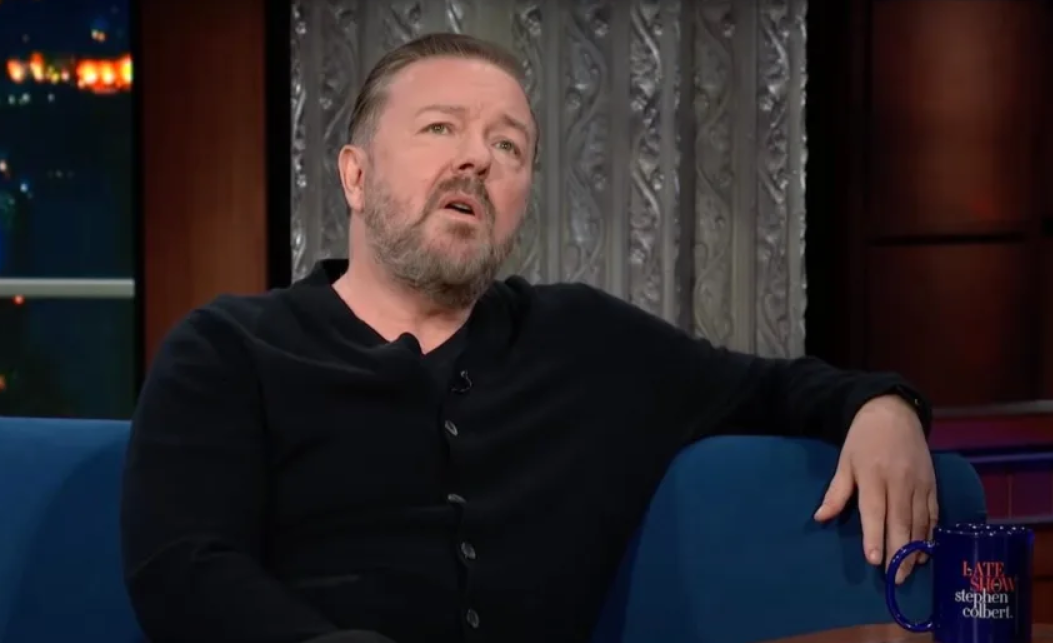 Apart from his devotion to saving animals, Ricky does not think he is better than the rest, saying:

"In comedy, traditionally, we are jesters. We have low status. So I'm down in the mud with the other peasants, having a go. I've got to be on their side. That's why I go out there with a beer and look like a slob because I've got to show people that I'm on their side."

Gervais added that his stance toward celebrities is "hard nowadays" since he is a stand-up comedian who keeps his "lower status everyone knows how much you've earned." 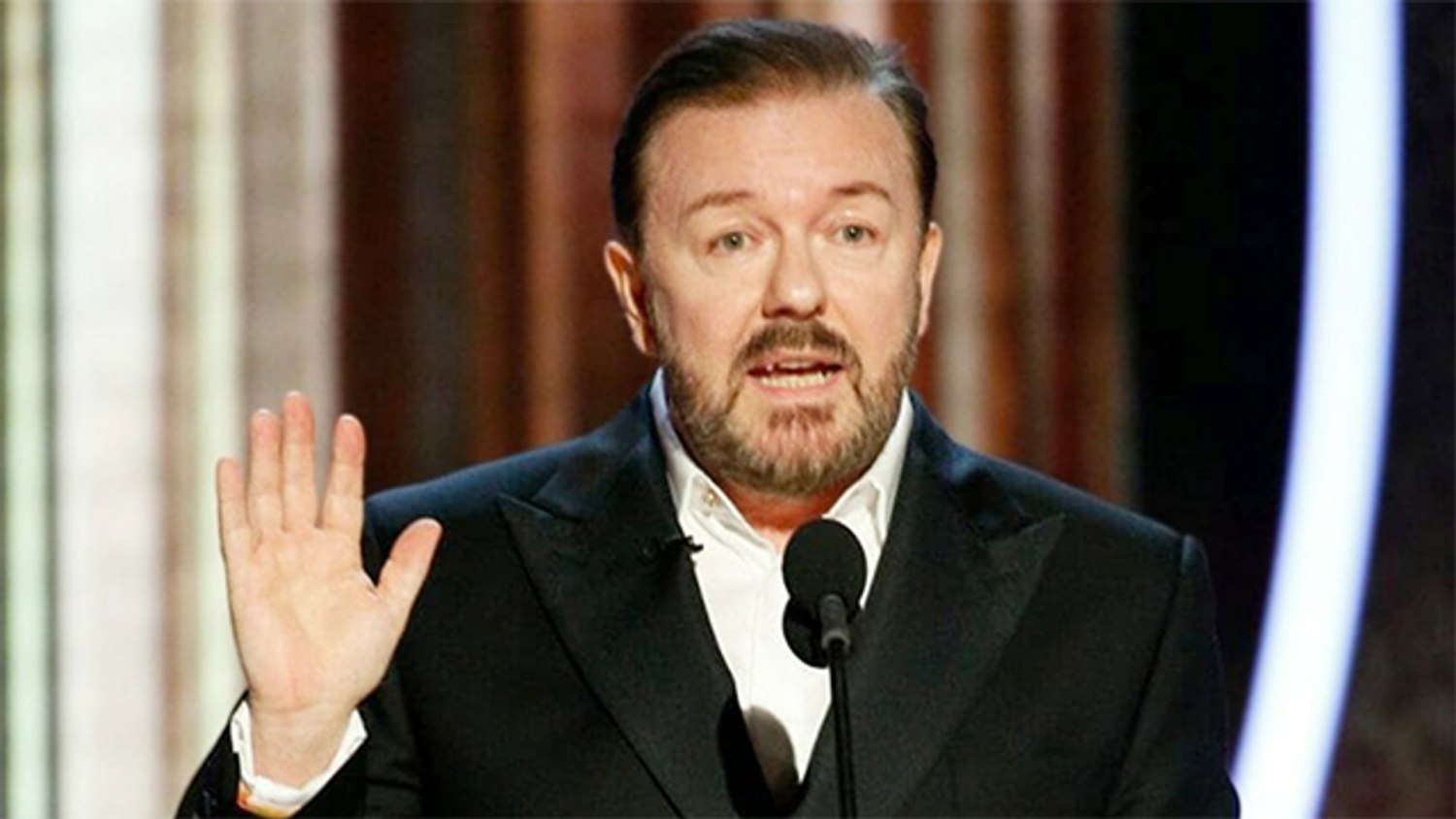 The Brit added that he found a clever way to relate to his audience:

Gervais' stand-up shows are the most watched on Netflix, though many find them insulting. But, he doesn't care, explaining:

"I always say, 'Just because you're offended doesn't mean you're right.'" 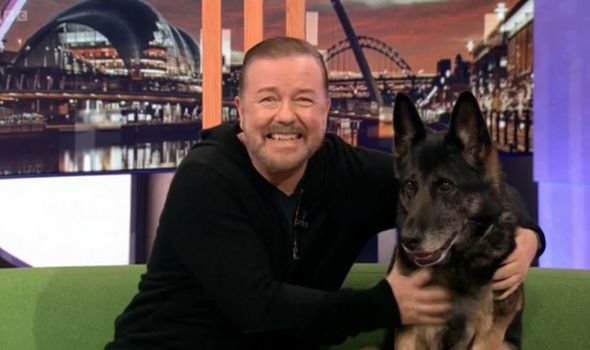 Gervais continued by saying that in his stand-up Humanity, he never tries to offend, but he is all about "freedom of speech and offense culture."

Gervais knows the impact Golden Globes had on his career, especially the last time he hosted the awards in 2020:

"I've never considered myself…I don't know, I think I got that reputation from the Golden Globes, maybe, where I gently ripped some of the richest, most privileged, beautiful people in the world."

This gave him additional push:

"I can justify every joke. And I think some people get offended when they mistake the subject of the joke with the actual target, particularly when you're dealing with taboo subjects."

Ricky Gervais' Netflix special SuperNature has drawn criticism for several jokes about trans people, with the US LGBTQ rights group GLAAD, and this was not the first time. 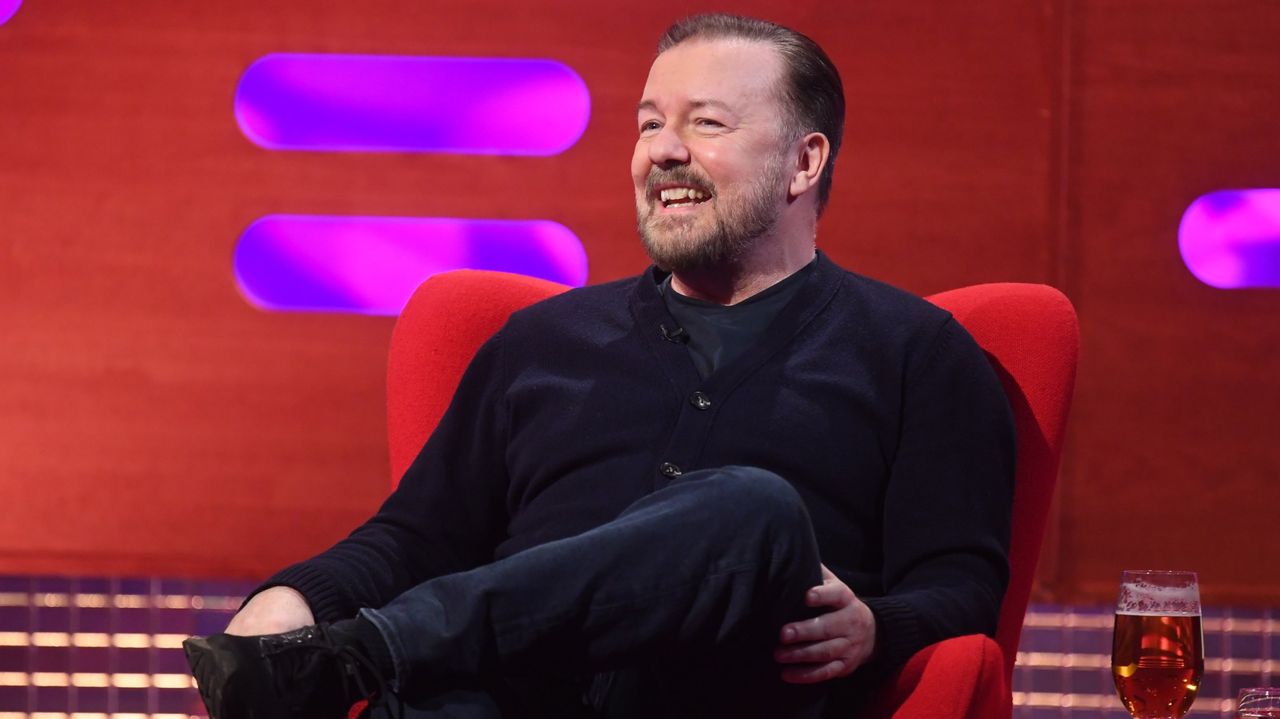 Their statement read, "We watched the Ricky Gervais comedy' special on Netflix, so you don't have to."

"It's full of graphic, dangerous, anti-trans rants masquerading as jokes."

But, Gervais is not bothered, as he explained to the Spectator:

"I've always confronted dogma that oppresses people and limits freedom of expression. It was probably the most current, most talked about, taboo subject of the last couple of years. I deal in taboo subjects and have to confront the elephant in the room."

Despite what appears on the outside, Gervais' jokes are thought-provoking, and despite all the efforts to get him "canceled," he is only getting more realistic and, yes, more popular.