The story behind the 2019 movie Richard Jewell is not entirely true, despite representing actual events.

Something characterizing in Clint Eastwood's recent cinematography is the concept of hero. With the rest of the industry squeezing superheroes, the veteran American filmmaker has set his sights on everyday heroes.

Always based on true stories, Eastwood has explored his dark side (The Sniper), his doubts (Sully), and his intimate relationships (15:17 Train to Paris).

Richard Jewell continues this path, bringing together many significant elements of previous movies in a character whose physique and way of being are far from the image of heroism. The director of Unforgiven portrays Richard Jewell and his heroic deed while drawing attention to its consequences.

Like Sully, Richard Jewell is a movie about the complications of being a hero in the real world, one where we don't believe in them. It was based on the 1997 article American Nightmare: The Ballad of Richard Jewell by Marie Brenner, published by Vanity Fair.

Who Was Richard Jewell? Richard Allensworth Jewell, who in Clint Eastwood's movie is played by the strikingly similar actor Paul Walter Hauser, was born in Virginia on December 17, 1962. Richard's parents separated when he was four years old. His mother, an insurance claims coordinator, remarried a co-worker, John Jewell, who adopted Richard.

Richard Jewell always wanted to be a police officer. But certain incidents and his weight problems condemned him to an unsuccessful series of security and janitor jobs.

He became famous after the Atlanta attack in 1996. He was 33 years old and lived alone with his mother, already a widow.

Shortly after the scandal, he married Dana Jewell, and he got a police job at a small police station in Virginia. He died young, at the age of 44, due to problems derived from diabetes he suffered due to his physical condition.

Clint Eastwood's movie, however, has had his mother and his widow as main assistants in documenting the personality of Richard, the hero who became a villain.

What Did Richard Jewell Do? 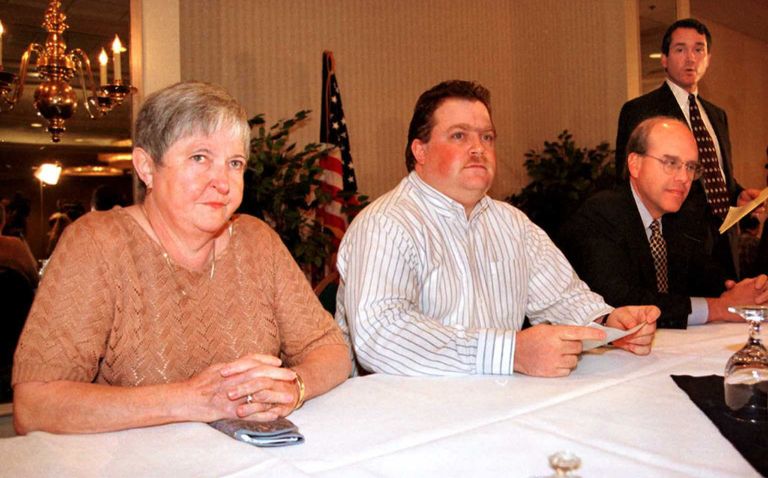 Richard Jewell was one of the Security Guards hired to work at the Atlantean Olympic Games in 1966. His post was located in Centennial Park, a leisure space full of concerts and activities parallel to sports competitions.

Just after midnight on July 27, 1996, Richard Jewell reported a suspicious backpack under a bench. Nine minutes later, 9-1-1 received a call about the bomb. It was precisely those minutes of advantage that Richard Jewell's attention provided that allowed a small security perimeter to be created in the crowded space.

While Jack Mack and the Heart Attack were performing, the bomb exploded 13 minutes after the call. There were more than a hundred injured, with one direct death (Alice Hawthorne) and one deceased due to a heart attack caused by shock.

Richard Jewell immediately became a national hero sought after by the entire press. The reports declared that the number of deceased could have reached a hundred without Jewell's head start minutes. During each interview, our protagonist did not miss the opportunity to say that his dream was to be a police officer.

He even received a contract to write his memoir. But it all lasted only three days.

How Did The Press And The FBI Treat Richard Jewell's Case? 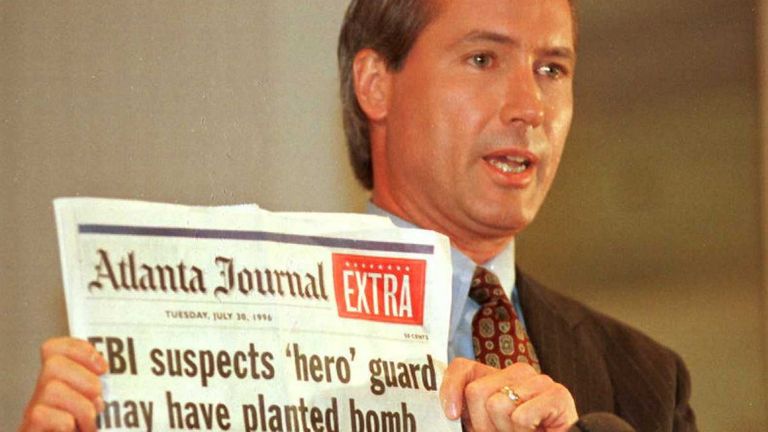 Three days after the explosion, the local newspaper The Atlanta Journal-Constitution published that Richard Jewell was the main suspect for the FBI. They pointed out is that the security guard fit the profile of a lone terrorist.

The article focused on Richard Jewell's physical form, strange social life, living with his mother while in his thirties. It pointed out that everything could be a plan to fulfill his frustrated dream of being a police officer.

Since then, all the attention of the national press has been devoted to reinforcing Jewell's criminal profile, harassing him, his mother, and friends. Each story added more biographical details of his professional mistakes and exaggerated intimate revelations about his professionalism and psychological profile.

The Atlanta Journal did not lie. It was true that Jewell was the only suspect for the FBI. But the impossibility of moving forward and the scarcity of news made the press create a whole series of intimate accounts of the suspect to continue feeding a theory that did not end with an indictment.

Under 24-hour surveillance, after two searches of his home and a polygraph that he passed without a doubt, the FBI gave up its suspicions without ever being able to charge him. On October 26, 1996, the FBI sent a letter to Richard Jewell confirming that he was no longer a suspect in the bombing.

There was no apology or public statement to help Jewell clear his name from the feds. His name was completely wiped clean when, in February 1997, Eric Rudolph confessed to the attack along with three other attacks (on two abortion clinics and a local bar).

Unlike in the movie, where Jewell's defense attorney is Watson Bryant (Sam Rockwell), Richard Jewell had an entire team of lawyers help him through the case and the many subsequent lawsuits against the press. The security guard turned hero, villain, and finally, dubious hero spent the rest of his life locked in a series of lawsuits, six of which stand out. 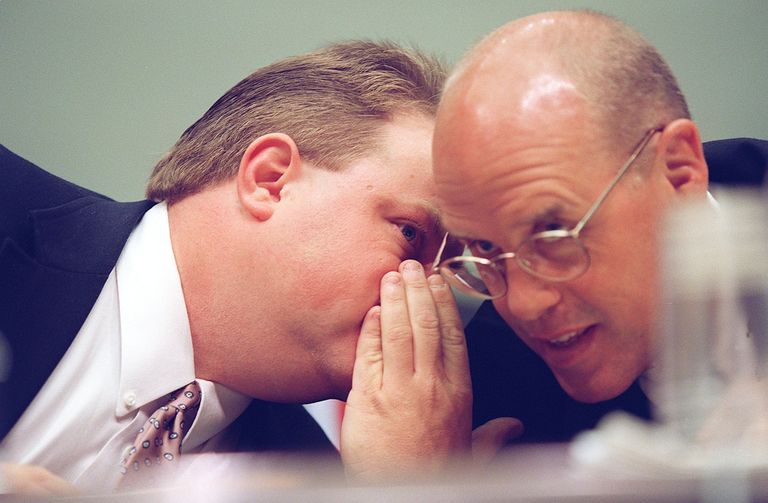 Perhaps the most unique, given that it is not a medium, was that of Piedmont College. The movie shows that Richard Jewell had been employed there and was not fired on good terms. The institution was the first to suggest to the FBI work conducted by Jewell, which he was later unable to prove. It reinforced his profile as a suspected terrorist.

There was talk of exaggeration in his work and particular abuse of authority with the students. The institution closed the conflict with an agreement that was not made public.

Jewell denounced the New York Post's aberrant treatment in its articles and the mockery towards him in drawings and caricatures for 15 million dollars. Finally, the deal was closed with an undisclosed amount. It is known that NBC had to pay him for lying by stating:

"It is speculated that the FBI is close to closing the case. They probably have enough to arrest him right now, probably enough to prosecute him, but you always want to have enough to convict him too. There are still some holes in the case."

The chain had to compensate Jewell with half a million dollars. CNN also paid Richard Jewell a private amount despite maintaining that its coverage of him was fair.

As the movie points out, the main problem for Richard Jewell and his defense was against the Atlanta Journal. This medium started the rumors and claimed that the FBI's suspicions pointed to the security guard who discovered the bomb. After many years and different courts, the case dragged on to the point of incurring a dispute over making the newspaper confess its sources.

The truth is that the medium was never forced to retract its work, making it clear that what was published was, at that precise moment, accurate. It is the portrait given in the movie to this newspaper and, especially, to the author of the news, the biggest scandal of the Clint Eastwood movie. 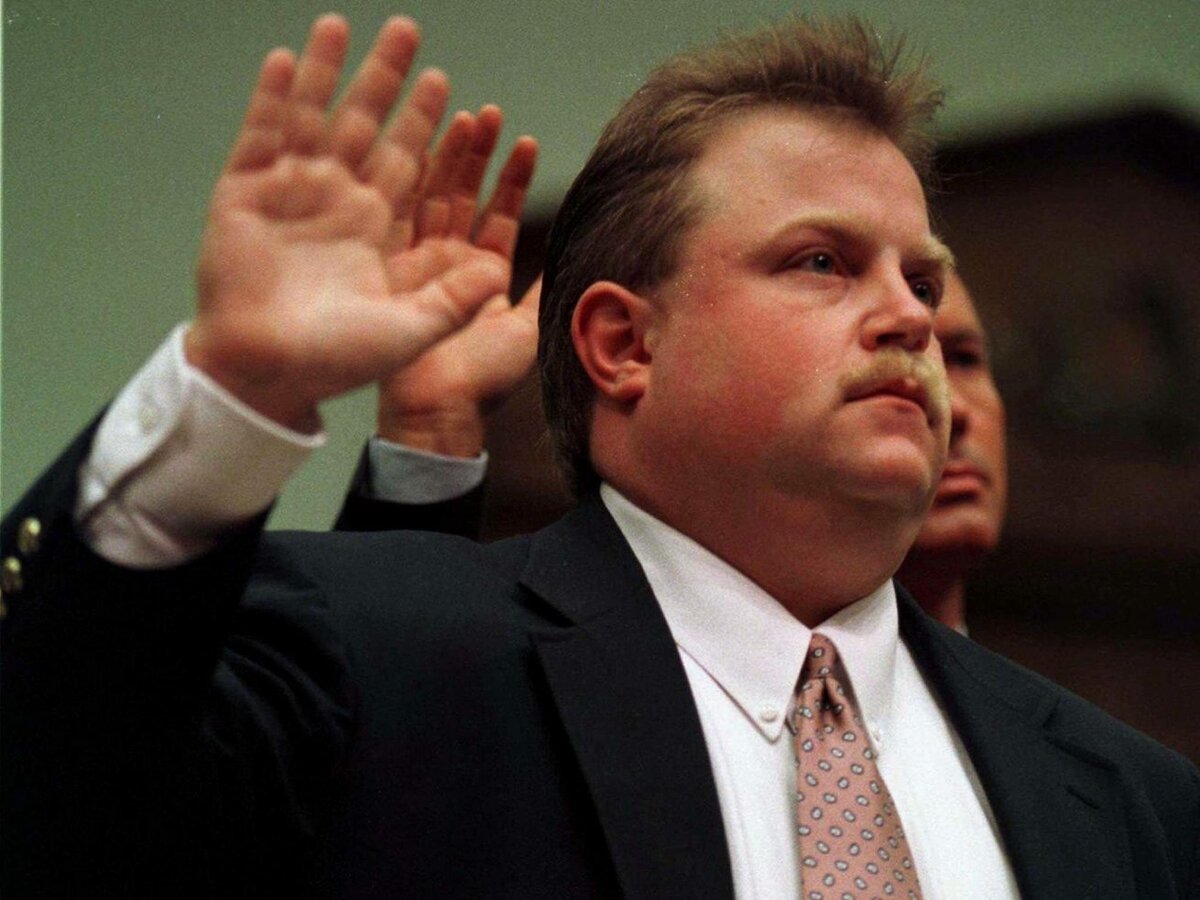 Clint Eastwood premiered his movie amid a scandal with the American press seen in the wake of Trumpism ideology (Fake News and sexism). The film shows how Kathy Scruggs (Olivia Wilde) got the famous tip from an FBI Agent, Tom Shaw (played by Jon Hamm), in exchange for sex.

Taking as a reference the stories of those close to Jewell and articles that relate to his point of view, no source supports this fictitious invention of Eastwood's "biographical" movie. This slanders the work of the journalist, ruled in court as correct.

With both protagonists departed and impossible to make their defense. The Scruggs family and the newspaper are the leading critics left to defend them. They demand that Warner, the movie's producer, stop his claims that the film is based entirely on actual events if he cannot prove what it insinuates regarding Kathy Scruggs.