Michael Tabrizi, owner of Tabrizi's restaurant and local homeless shelters, is working together to dine at his establishment from July 20 to 25.

In Baltimore, all eateries are focused on cutting losses due to curfews. Tabrizi plans to give instead to take.

"These people don't only suffer from hunger, but also from hopelessness. They feel that they don't have any dignity anymore."

"We want them to come in and feel like they're cared for." 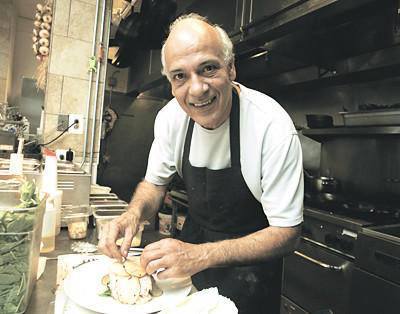 During the five days, the place will not offer anything other than comfort for the homeless. This unusual gesture of kindness has a name, Homeless Restaurant Week, and you can find the details on Tabrizi's restaurant Facebook page.

It also includes a menu, which is quite fancy. On Monday, it's chicken cordon bleu, dessert and networking.

The owner's act of kindness is better than any advertisement. Hopefully, others will show more generosity to those who aren't as fortunate.

The staff refuses to get paid

Tabrizi came with an idea after he asked a homeless man into his eatery. He said:

"I got inspired by a homeless person. I invited him to come to my restaurant and eat and then I asked myself, `Why not invite everybody?'"

The staff at Tabrizi's expect to feed about a thousand of Baltimore's homeless. They are excited to have a chance to do some good:

"It's not about money. This is to do something very humane that's priceless."

To prove a point, the staff refuses to get paid. With the help of volunteers, they hope to bring homeless people more than food. They want to give them friendship and inspire others to do the same.