Unique people will always attract attention. It's not always fun to be different. But, sometimes, it's all you need to be recognized.

On Instagram, there are many outstanding people. Some are real-life Barbies with a tweak here and there, while others made a disability an inspiration for others.

We compiled a list of 15 of them you should especially look out for. They are probably the next big thing with a promising future on social media. 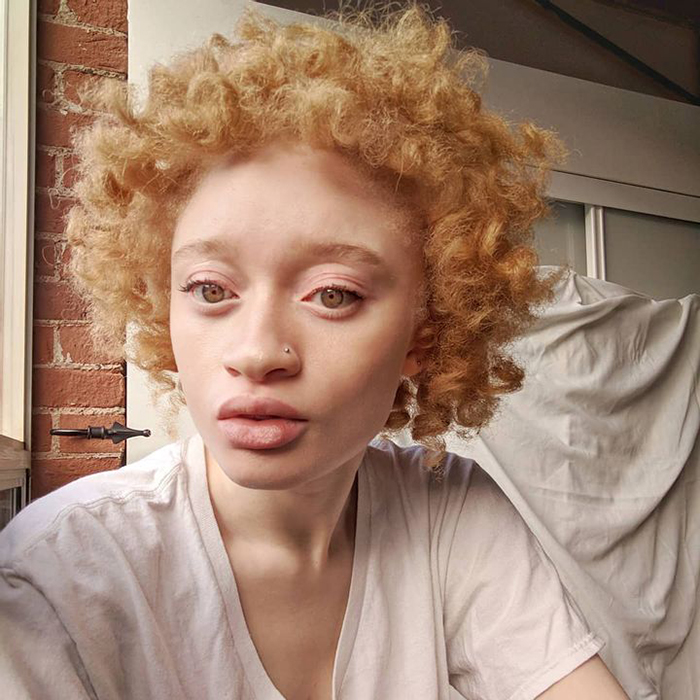 Mirian is an albino. Her skin has trouble producing pigments that give our skin its color; hence she has very fair skin sensitive to light. Albinism is not an uncommon condition, but many shy away from the public's eye because of it.

The fashionista is from Monrovia, Liberia. Being of African descent, the lack of color is even more prominent. It is also often a cause for discrimination.

When she moved from Detroit to Toronto with her family, talent scouts approached her and offered an opportunity to model. She did not sleep on the offer, and now, a couple of years since then, she has had a very successful career as a fashion model.

Mirian used to write about fashion and other personal interests on her blog lovemirian.com, although it's now defunct. Her new blog is miriannjoh.com, and she continues to share her creative ideas through writing on multiple aspects of fashion.

She loves to wear vibrant colors. They pop on her skin in a way that makes you wish you have her skin type.

One of the favorite quotes by Maya Angelou states: "My mission in life is not merely to survive, but to thrive; and to do so with some passion, some compassion, some humor, and some style." Mirian does all that and more! 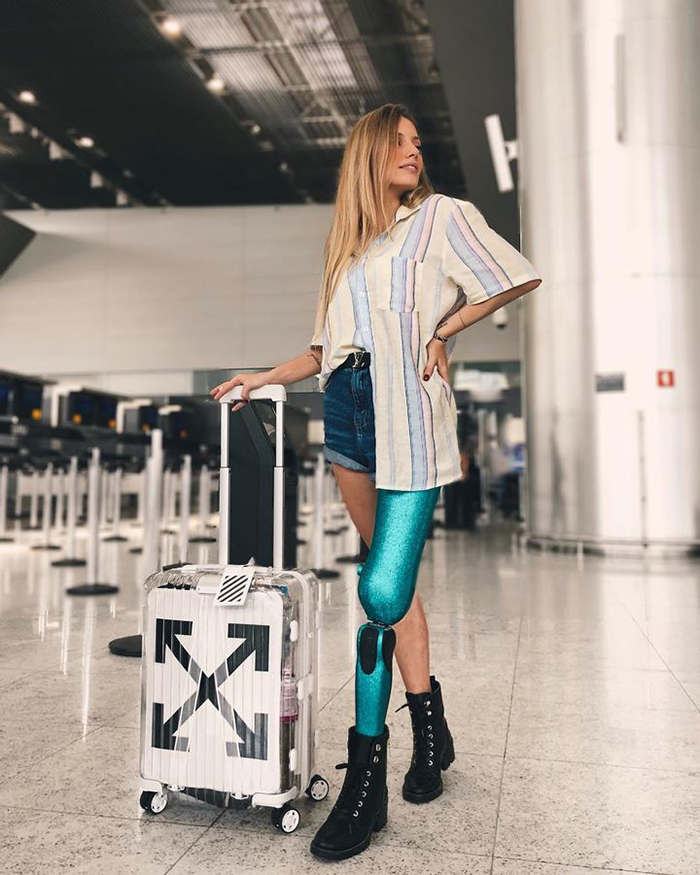 Paola Antonini Franca Costa is an inspiration to anyone and everyone, especially those with a disability. She wears it like a badge of honor.

She did not always look like this. She was born in Belo Horizonte in Brazil and has always had a vibrant personality. On Instagram, she had a pretty decent number of followers who appreciated her modeling stunts.

It happened on Christmas day in 2014; Paola was hit by a car. The model lost one of her legs due to the incident even though doctors did their best to salvage it.

It was enough reason to give up. But Paola, a superwoman, did not. She continued her modeling career, developing innovative ways to make her prosthetic leg a selling point. She also went on to complete a degree in journalism.

She now has 2.7 million followers on Instagram. She uses the platform not just for modeling and influencing but for collaborating with others to help other amputees and disabled people, especially kids.

It wasn't easy to pick herself back up but look at where she is now. Let that inspire you. 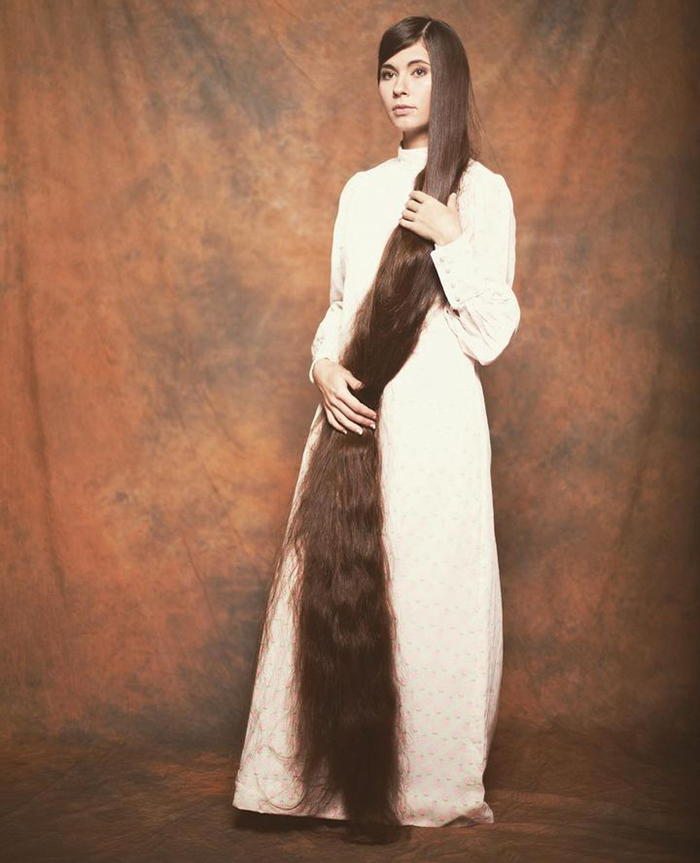 Aliia Nasyrova from Lithuania is a real-life Rapunzel. She has been growing out her hair for 20 years, and it is 230 centimeters long! That is more than 7 feet long!

In an interview with Barcroft News, she said:

"I started to grow my hair because since childhood, I liked long hair very much, and I was always attracted by long hair heroines from fairy tales."

Well, not only is her hair a signature fairytale accessory, but she also looks like a doll. She sometimes wears her hair like a dress, synching it at the waist with a belt. LOL.

If you need someone to keep you motivated on your hair journey, Aliia is here to do just that. 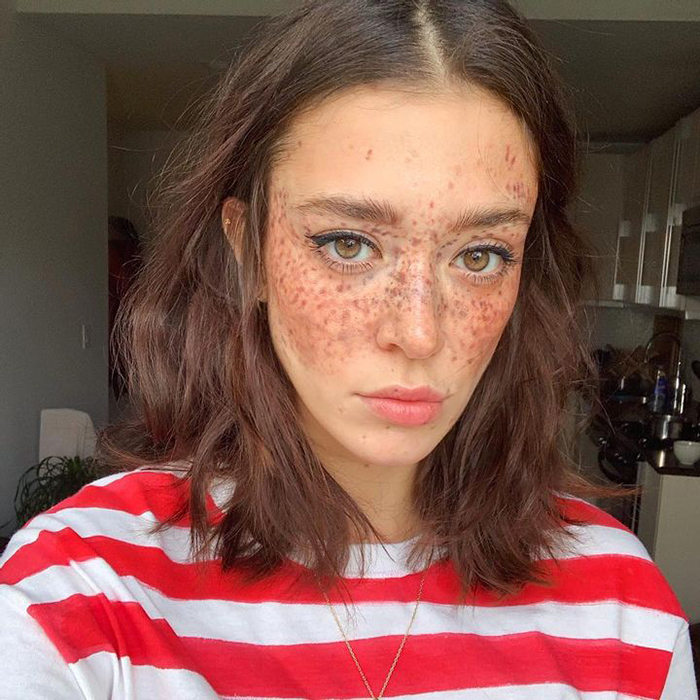 Maeva Giani Marshall is a French-American model with a unique, freckled look. Growing up, she had freckles, but they were not very prominent. Unfortunately, when she was 20, she suffered a stroke.

The medications used to improve her condition caused a severe allergic reaction that made her face have the effect of second-degree burns.

Instead of viewing the more pronounced freckles as a limitation, it became a motivation. She was scouted to model for Zadig & Voltaire FW18 in New York and worked for them.

Her atypical beauty captivates many and has helped increase her following on Instagram. She terms herself "a certified freckles lover." 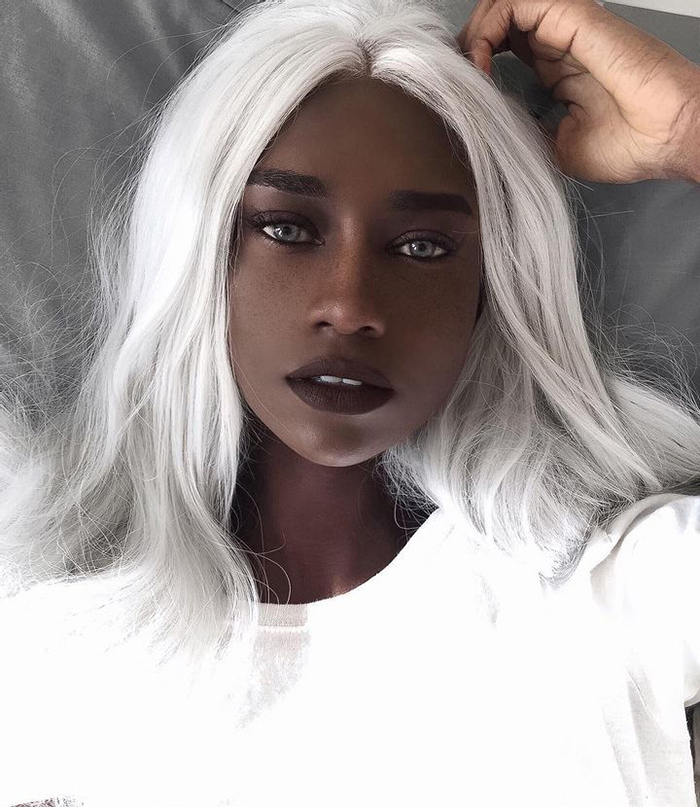 Melvnin, also known as Bee, is a popular Instagram personality from the Gambia with a unique look. She is the real-life version of the fictional character from the X-Men comic series, "Storm."

She is incredibly dark, and her blue eyes, freckles, and white hair create a striking look. Her features draw the attention of people all over the world. Presently, she has 385k followers on Instagram.

The Japanese anime series, Jormungand, inspired her transition from pink to white hair. She has not posted anything on Instagram in over a year but continues to gain more followers.

Her whereabouts are unknown, but fans keep commenting on her pictures. 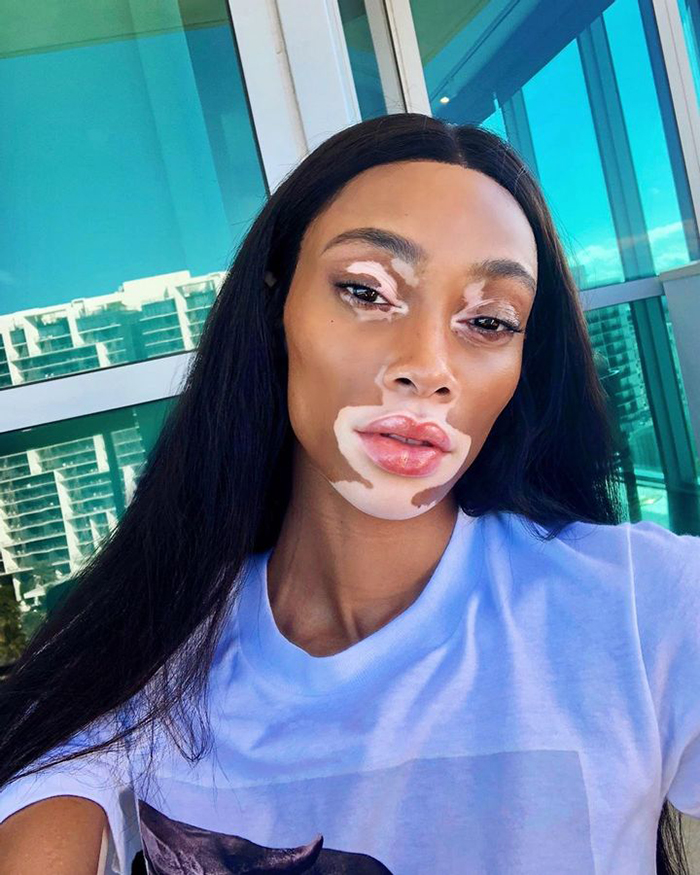 Winnie Harlow is a Jamaican-Canadian model and Instagram personality with about 9 million followers. She lives with a skin condition called vitiligo and educates others about it.

Vitiligo is the depigmentation of some parts of the skin. She has patches of fair skin on her naturally dark skin.

As a child, she was bullied and mocked. Some kids called her "a cow" or "zebra." She had to change schools severally, dropped out of high school, and contemplated suicide.

She overcame her struggles, though. She appeared as a contestant on the 21st season of America's Next Top Model, which was her ticket to stardom.

Since then, she has been featured in many music videos like Eminem's Gut Over Fear, Beyonce's Lemonade, and Black-Eyed Pea's Where's the Love, among many others.

She has also modeled for Fendi, Tommy Hilfiger, Swarovski, Marc Jacobs, Victoria's Secret, and many other brands. 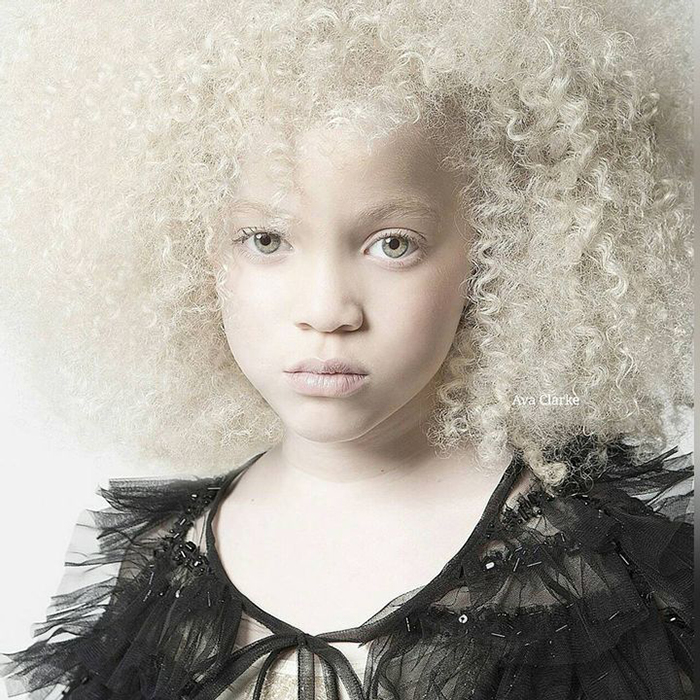 Ava Clarke is another star child with albinism. Now 13, she has had a pretty adventurous life so far.

Although born to African-American parents with brown eyes, she has blue-green eyes, pink lips, and blonde hair. She was and still is stunning!

Her striking features attracted fashion agencies. Soon, she was modeling and has had a successful career. She has been on the covers of BOOM, VIP, and Denim magazines.

In 2016, she walked the VMA Red Carpet. She was also in Beyonce's Lemonade music video.

Although doctors were concerned about her eyesight after her birth, it has not constituted any issues, and her parents are her stronghold. 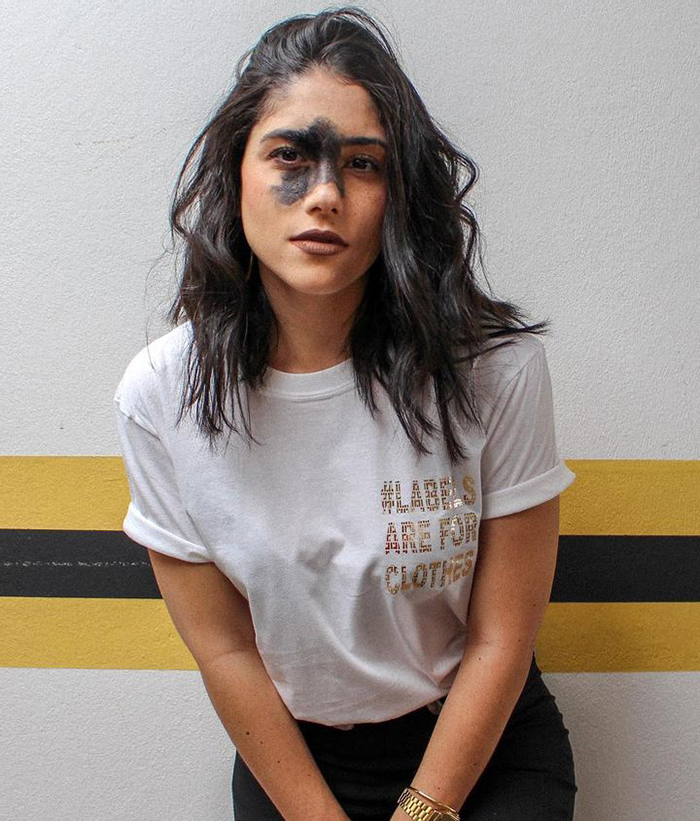 Mariana Mendes questions beauty standards with a prominent birthmark on her face. She is from Juiz de Fora, Brazil. The dark pigmentation on her light skin is attributed to a medical condition called Congenital Melanocytic Nevus.

In many people, it is often very tiny, almost unnoticeable. In Mariana's case, it is boldly sitting on the t-zone and under her right eye up to her cheek. Although it has not always received a positive reaction, she does not let it bother her much.

"Having a nevus that is as large as mine is not common, so of course there are many people who stare and who don't like it, but I don't care. I have been told by a few people that it's "ugly" or "strange", but it doesn't bother me - that's just their opinion and I think it's beautiful."

Well, if you can wear it and own it, there is this confidence it brings that makes you untouchable. Her unique look makes her a sought-after choice for modeling agencies. 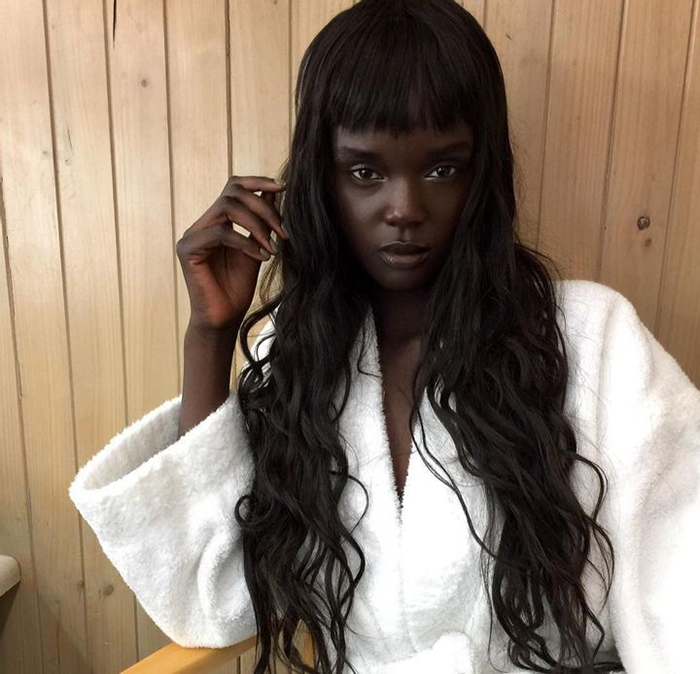 Duckie Thot hails from Melbourne, Australia. She wears her incredibly dark skin proudly and is very vocal about diversity. She flaunts her Sudanese heritage, and it makes her even more appealing.

In the 8th season of Australia's Next Top Model, the model finished third place. This set the platform for her.

After moving to Brooklyn, New York, she received numerous offers from fashion agencies but finally signed with the New York Model Management. Since then, she has worked with Fenty Beauty, Oscar de la Renta, and Moschino, among others. 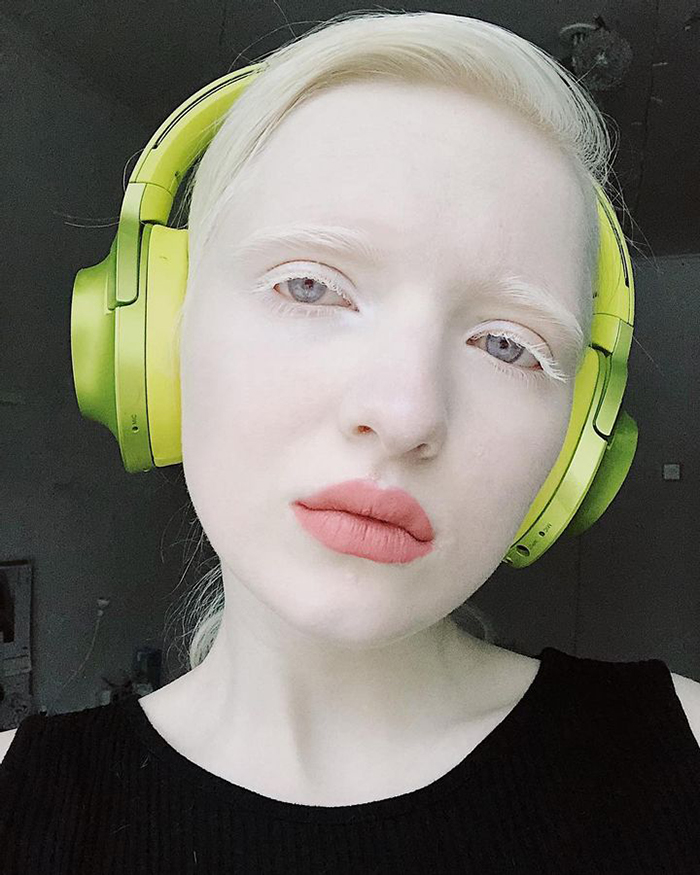 Another albino who is breaking limits is Nastya Zhidkova, popularly known as Kiker Chan. Although from Moscow, Russia, she is so into Japanese anime that she coined a name for herself from it.

She cosplays some of her favorite anime characters, and that earned her her first modeling contract. She still cosplays for fun but models professionally for various brands, including GucciBeauty.

With 135k followers on Instagram, she delights her fans with her ethereal beauty. 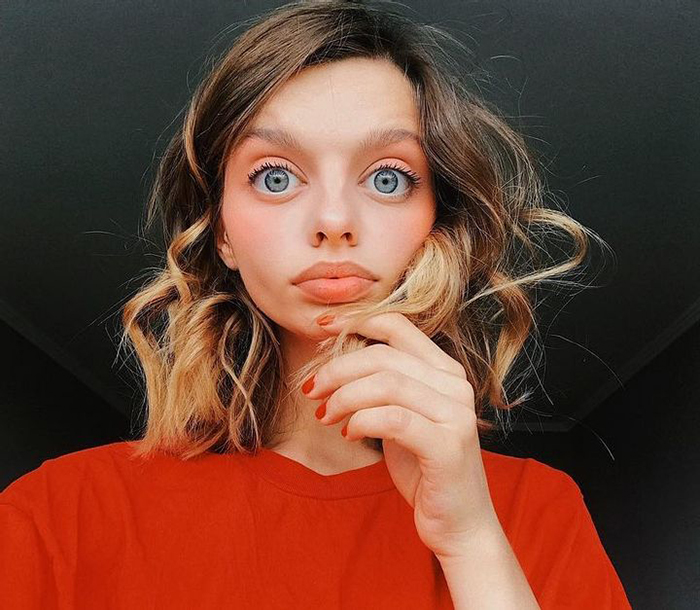 It doesn't get more unique than this. Maria Oz is the girl with one of the biggest eyes there is. They are the first thing you notice on her.

She is an exciting person, not just for her striking look but also for her whimsical world. As a creative talent, a visual artist, she makes unique pieces with very catchy colors in different shapes and sizes.

Sometimes, she is her muse. When she is a part of her creative pieces, it's easily one of the most beautiful pieces on the gram.

Where her eyes could have been seen as limiting, she made it her springboard to success. 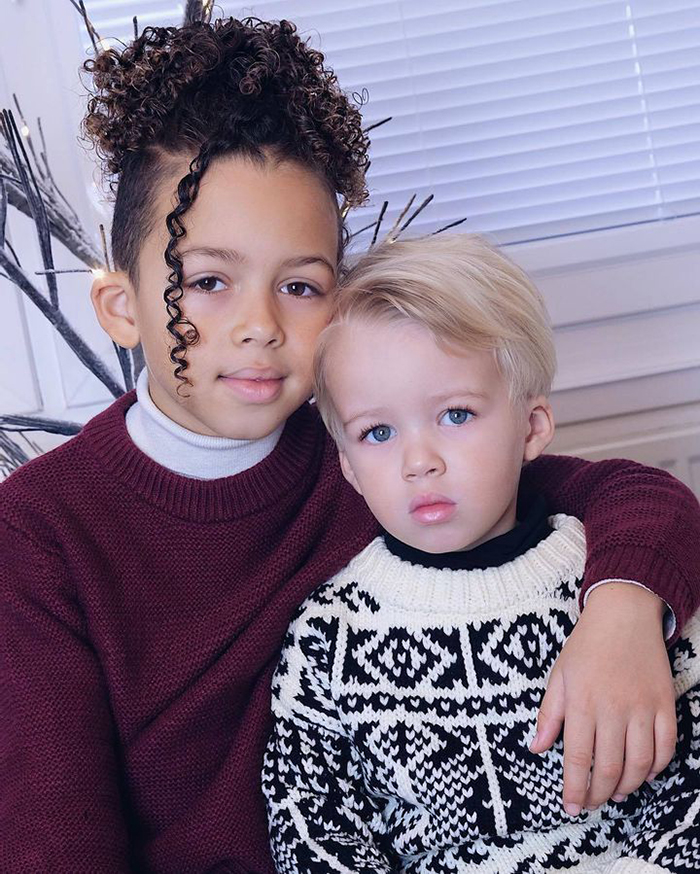 No, they are not step-brothers. Each of them inherited different recessive genes from their parents, which explains their very different looks.

If you look closely enough, you will notice the resemblance. Milo, the older son, has landed some modeling contracts and has an Instagram page of his own. 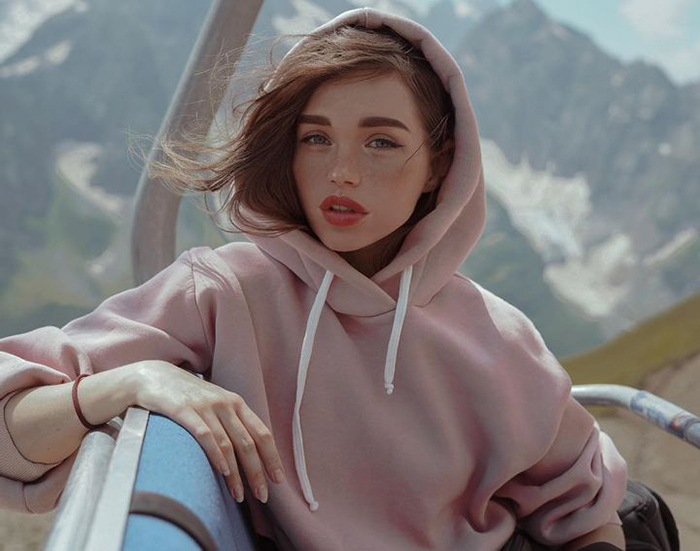 Kseniya Rain is a painter from Moscow, Russia. Aesthetics inspire her, and she is often the model who poses for her portraits.

She looks like a character straight out of a period drama. Her freckled face and artistic talents attract the attention of many.

As a brand influencer, she uses her Instagram page to promote brands and influence buyers. More importantly, she encourages her art via the same channel. 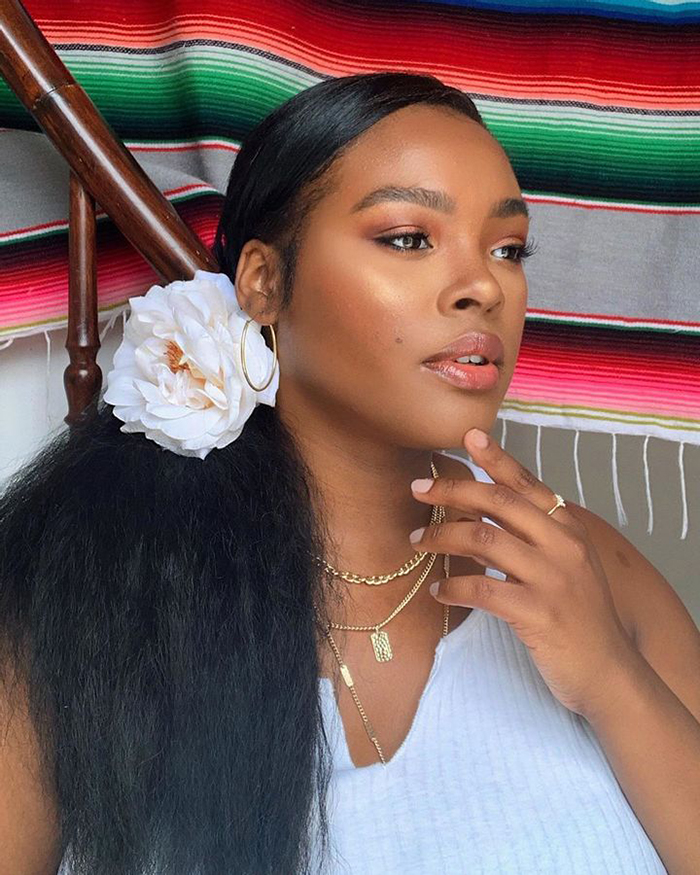 Brielle Anyea is a plus-size model from Baltimore who lives in Los Angeles. After moving to LA, she started modeling and has made a place for herself in the industry.

Over the years, she has worked with brands that do not feature plus-size models, and she views that as an accomplishment.

On her website, she wrote about what was one of her most outstanding achievements is:

"Working with major brands that normally do not represent the plus size African-American community. It has been a blessing to help bring awareness and opportunity. I love my community and will continue to serve until we are given more chances to equally succeed." 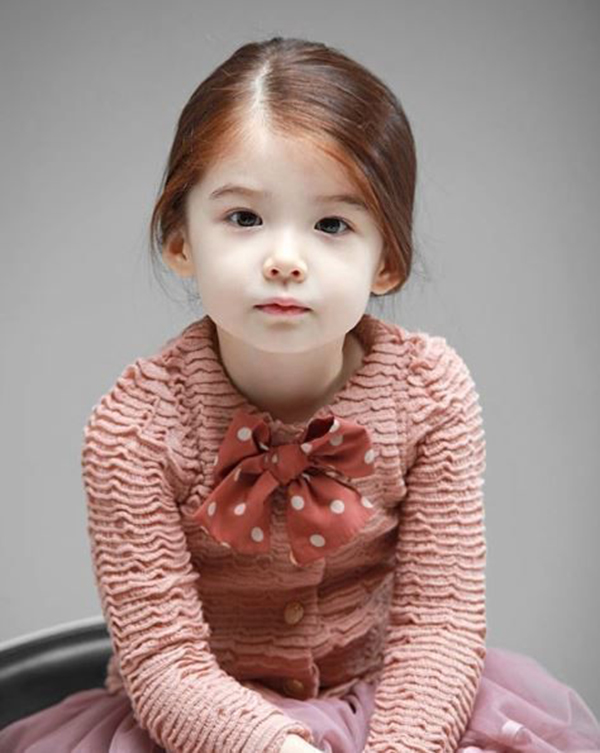 Lauren Lunde is a Korean child actor who gained prominence after starring in the drama series Hello Baby in 2012. She started acting at the age of 5 and has since starred alongside mega K-Pop groups like 2PM and B1A4.

Besides acting, she takes art classes. Being Korean-Canadian, she has had opportunities across countries which include modeling.

She is now a teenager and has an Instagram account to herself though her parents manage it.