This information might be of great help to those wondering why he has not taken the bold step of getting down on one knee and asking for a hand in marriage. The fact is that there are many reasons a man might not have proposed just yet.

The first obvious reason is that he might not be as serious about the relationship as you are. In that case, it might take a while before he is completely ready.

Some men might hesitate to pose the question because they are not financially prepared for the responsibility of having a family. It's possible he doesn't even have the cash to buy a ring.

Under such circumstances, you can't really blame him for not proposing.

At other times, the problem is not with him but with you. Many partners believe they are perfect and irreplaceable, but it's naïve to think that everyone shares that opinion.

We all have our own imperfections, and not everyone can see past them and commit to us.

There is nothing wrong with that. All it proves is that you have still not found the perfect partner for you. The right person will see past all the shortcomings and appreciate what an amazing person you are.

Still, if you have faults you can genuinely work on, then you should make an effort to fix them. Most of us are blind to our own shortcomings, but this article might be the eye-opener you need to realize that you can work on yourself and improve your chances of becoming his wife-material.

Here are things that make men see you as wife-material.

1. You Already Give Him All Your Love And Affection 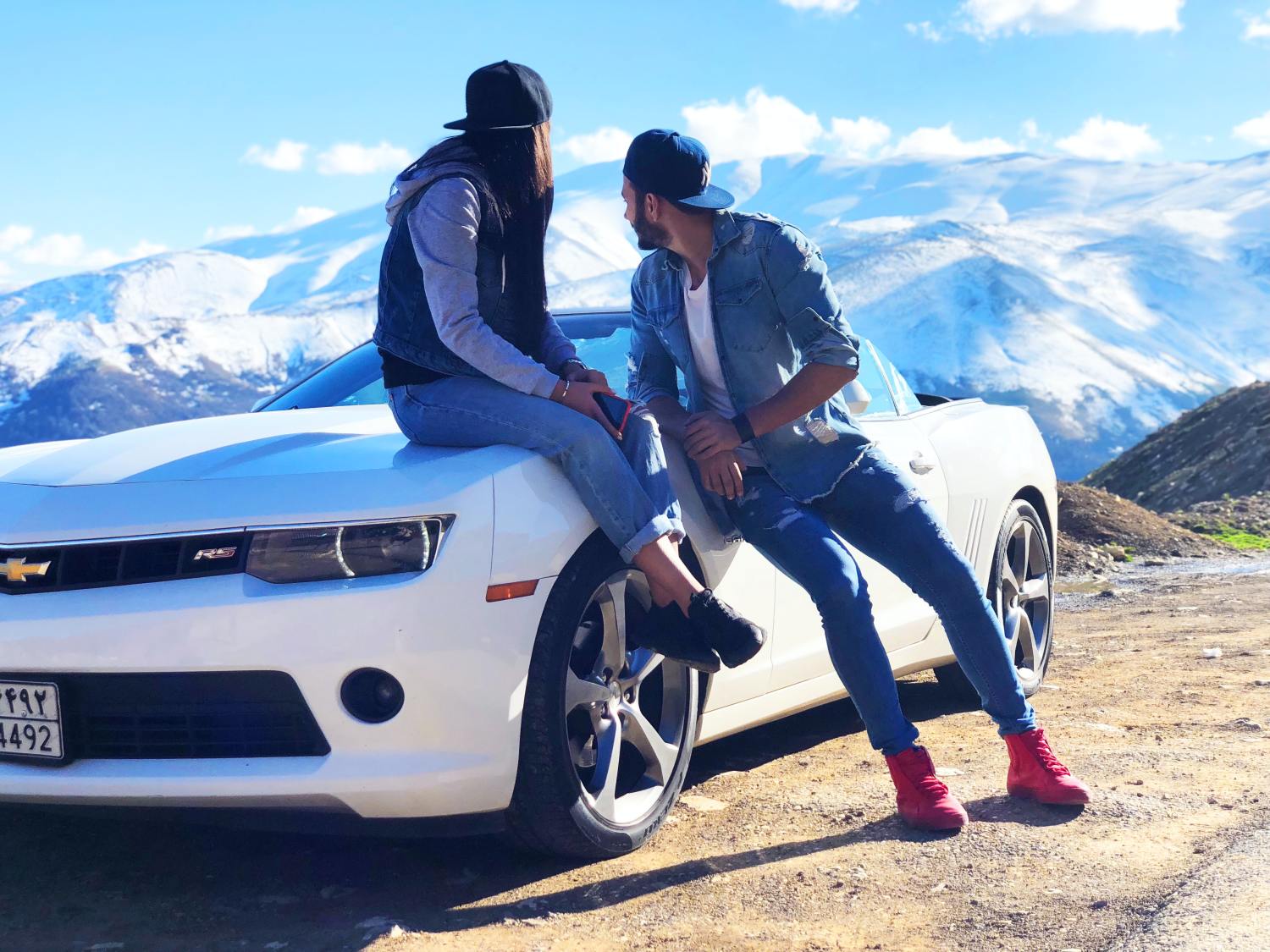 If you are his girlfriend, but act like his wife, he might see he has everything to gain by making you his wife.

You should let him know that he can always enjoy your love, attention, and care even before he makes you his wife. If he never second-guesses your love and affection, he will easily realize that you are 'the one.' 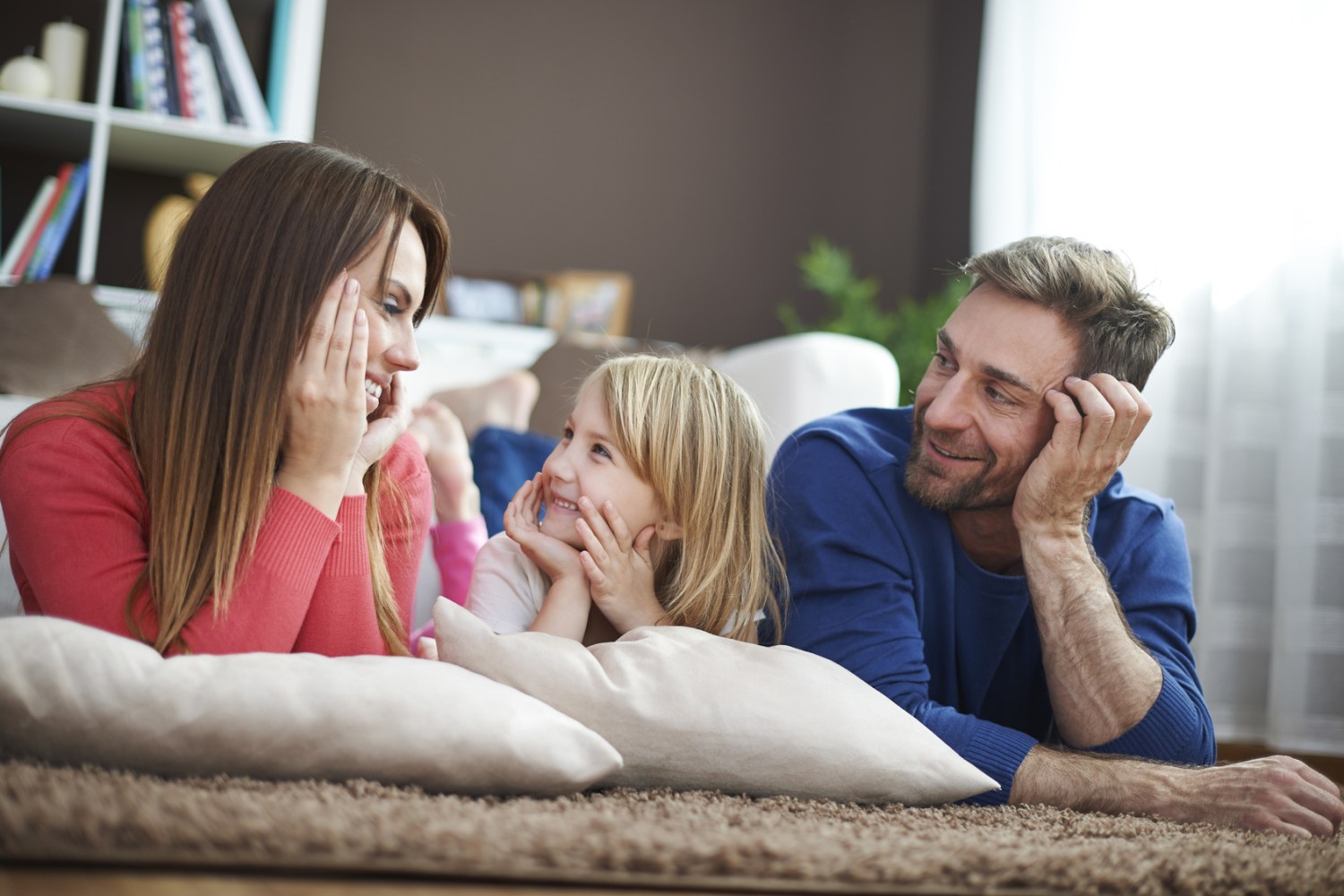 Men can't resist women who are naturally curious. It demonstrates a genuine willingness to keep learning.

Natural curiosity tells a man that you are never easily content and that you will always have a desire to grow as a human being. Men don't like turning women who will let themselves go as soon as they are married into wives.

3. You Don't Try To Change Him 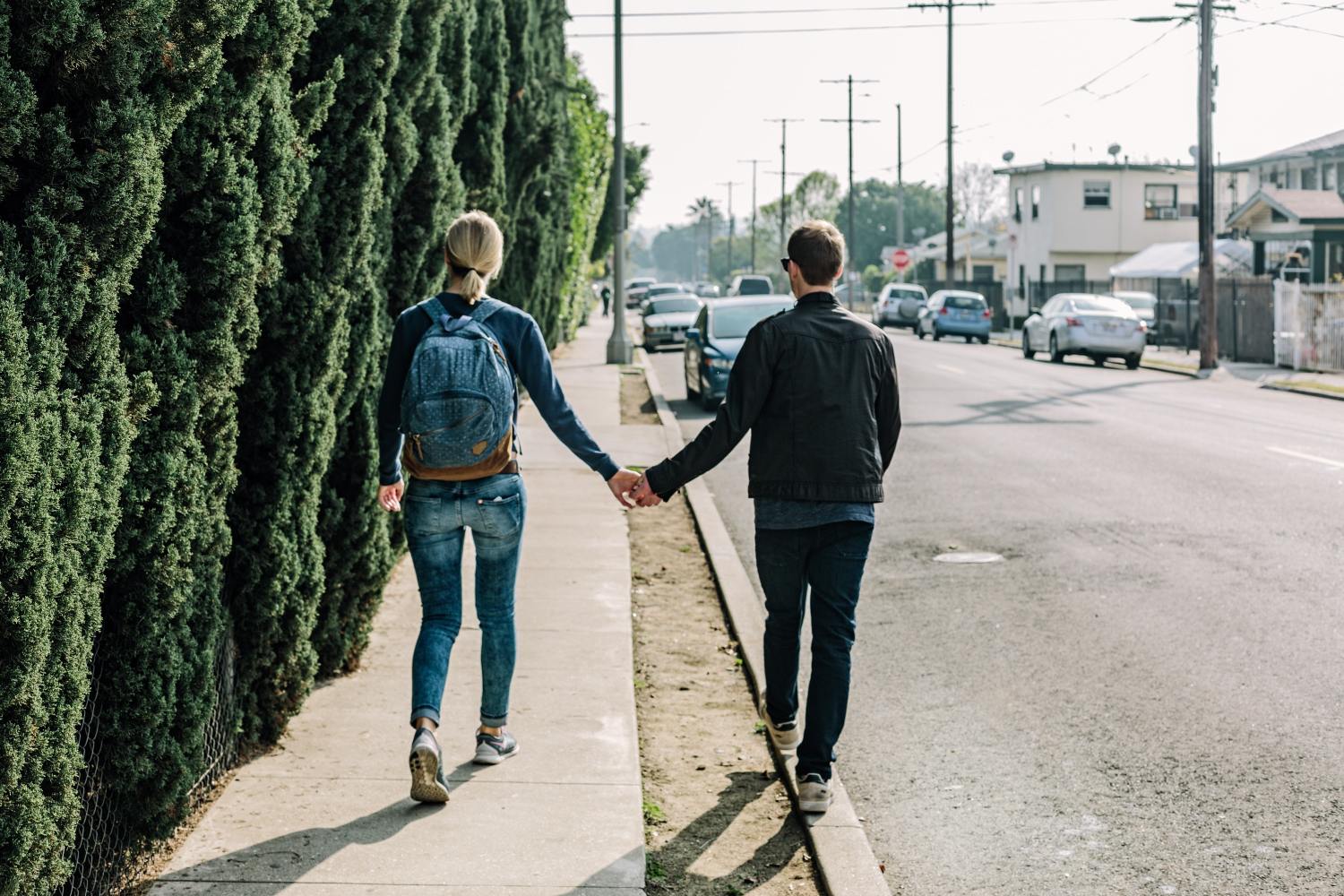 We all love the privilege of being allowed to be who we are. So, if you make a man feel that he can be whoever he wants to be, he will see your potential as a long-term partner.

You should never force him to be someone else for your sake. Instead, you should be pushing him to be a better version of yourself.

4. You Have A Great Sense Of Humor 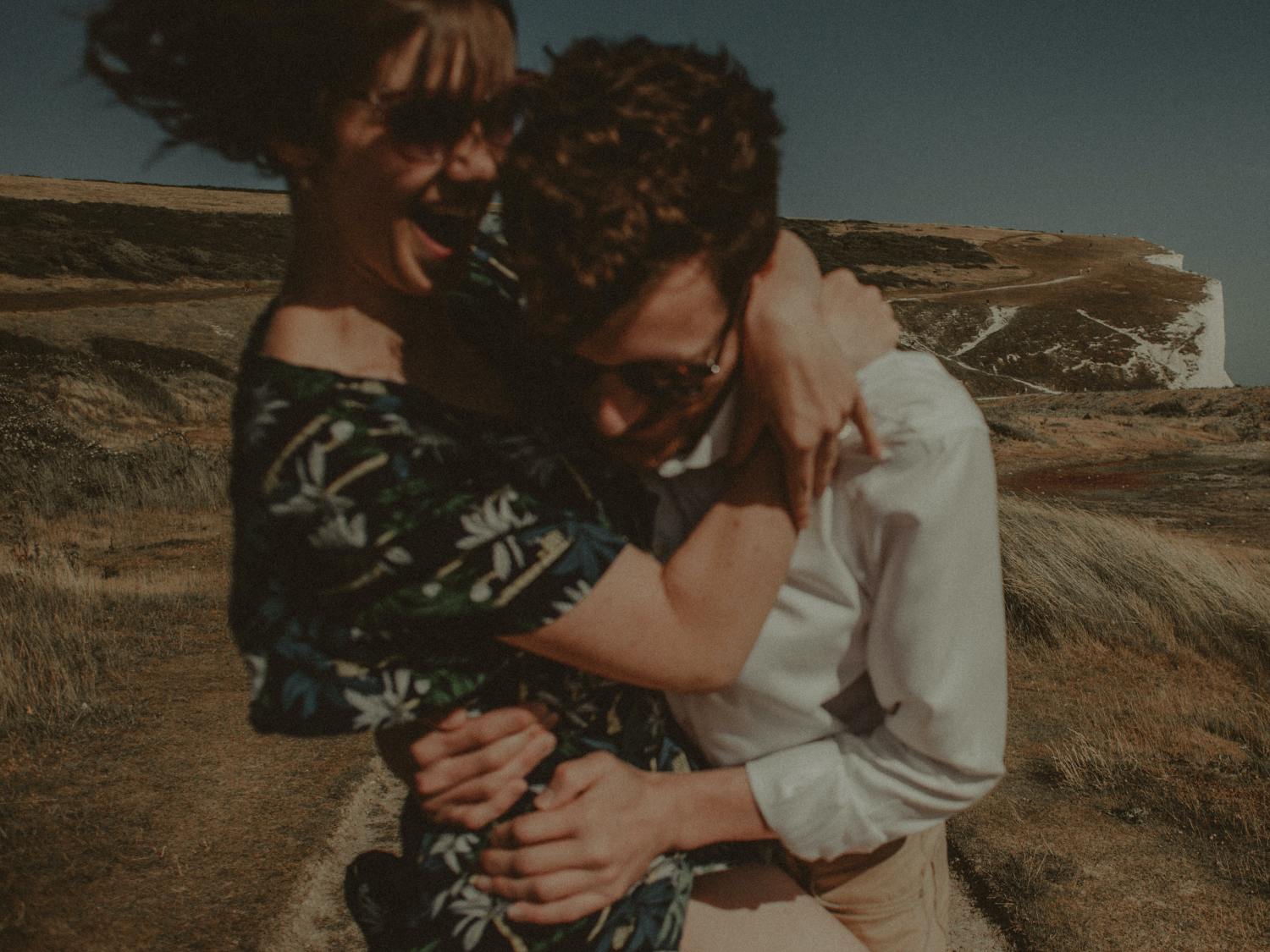 Men also like partners who can make them laugh. What men love about this is your ability to lighten up their day and improve their mood.

Good humor can lift anyone's spirits, and men love that in a long-term partner.

5. You Know Your Way Around The Kitchen 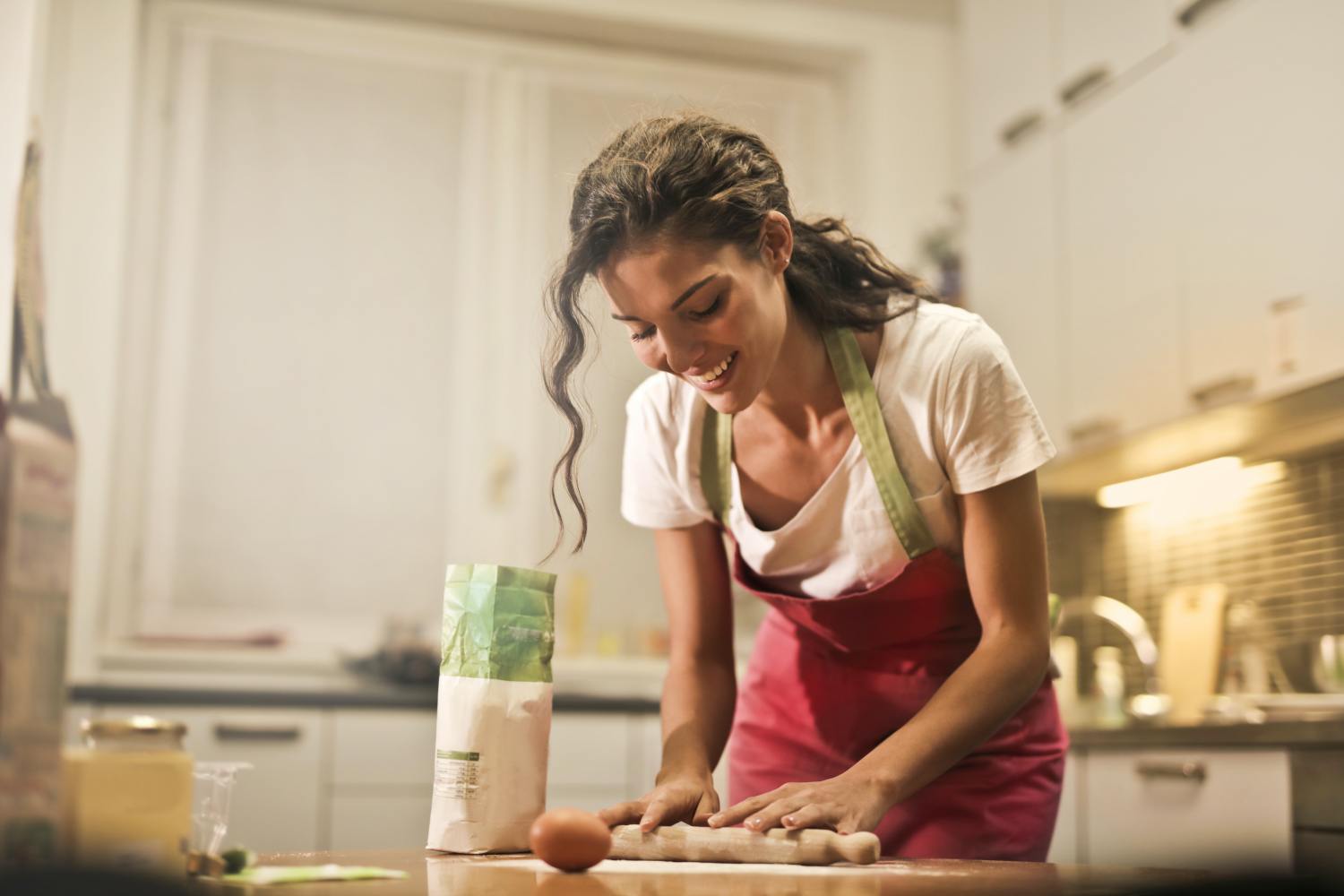 It also shows you can take care of the family. So, if you know how to cook, he will see you as someone he can raise a family with and that's a huge plus.

6. You Challenge Him To Be Better 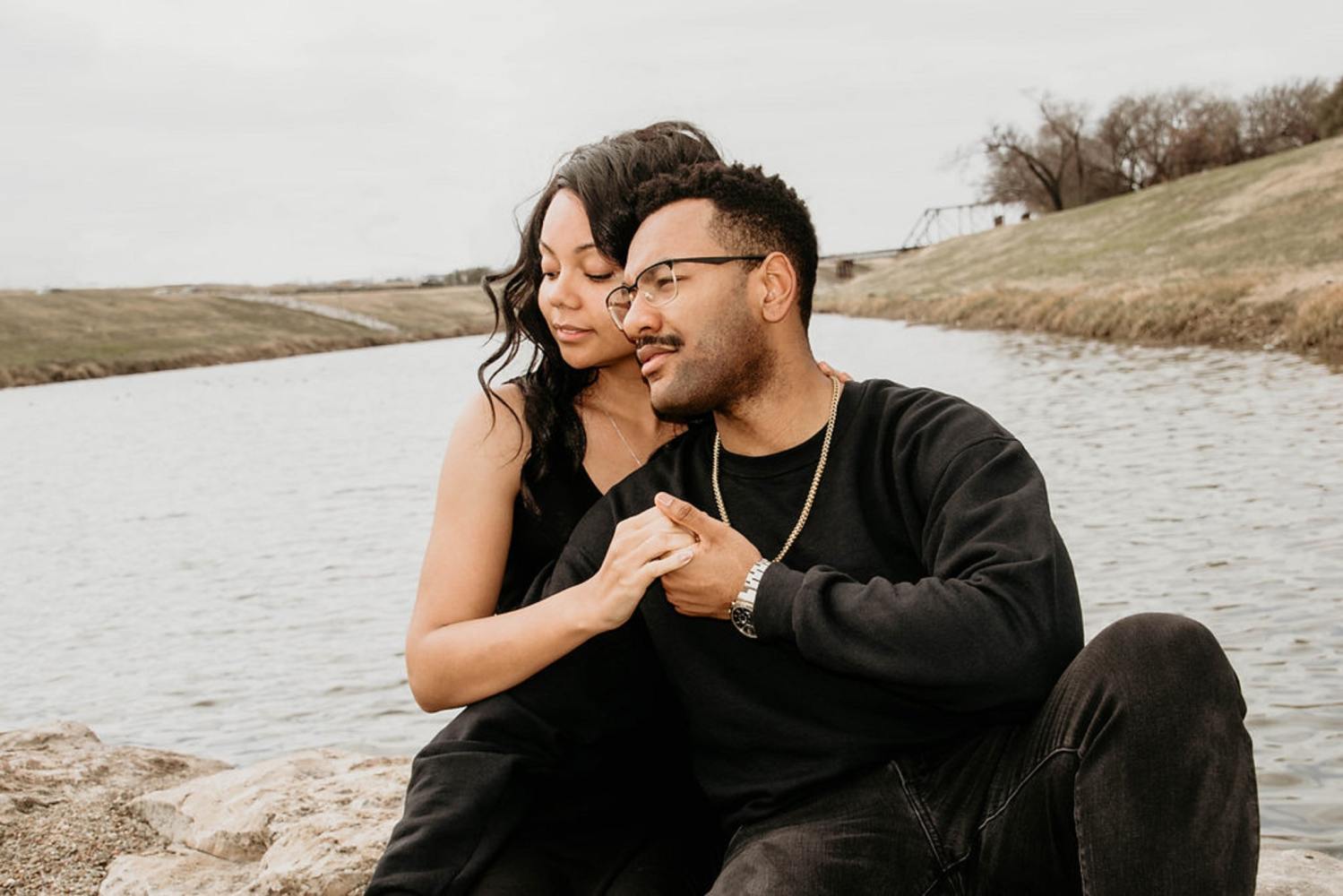 A man who feels that he is better with you in his life will obviously desire to have you for life. Men want to keep growing, and a woman who can motivate this will always gain their favor.

So, if you want your man to see you as wife-material, don't allow him to settle for what he has already achieved. You don't have to nag him, but show him that he can be better, and he will obviously love that.

7. You Take An Interest In Knowing Him Better 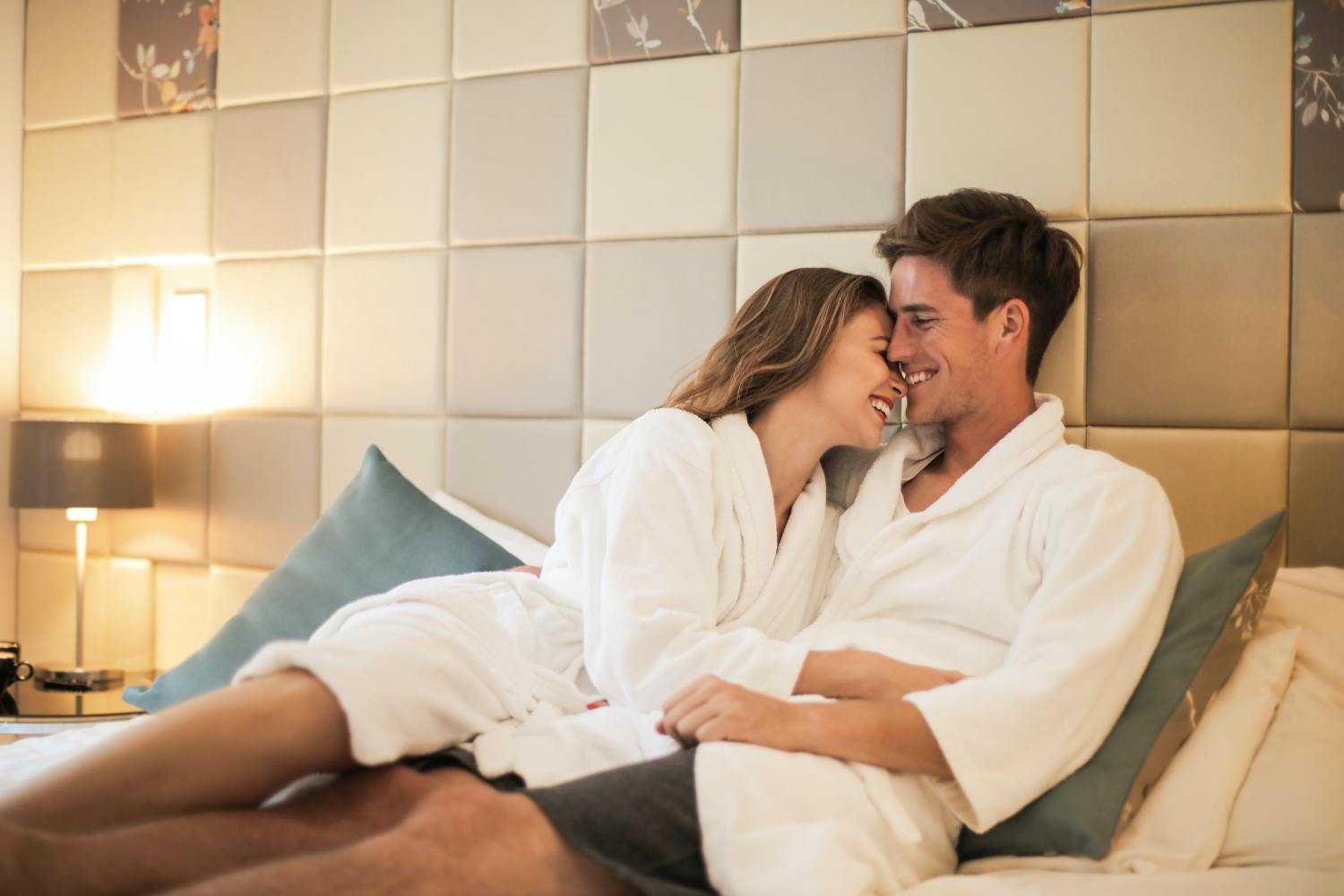 You should never assume that you have completely figured someone out. So, always try to get close to your man and be intimate with him, and he will see your potential as a wife.

Long-term relationships are usually built on existing bonds, and that bond cannot exist unless you are willing to get close to each other.

8. You Are Strong And Independent 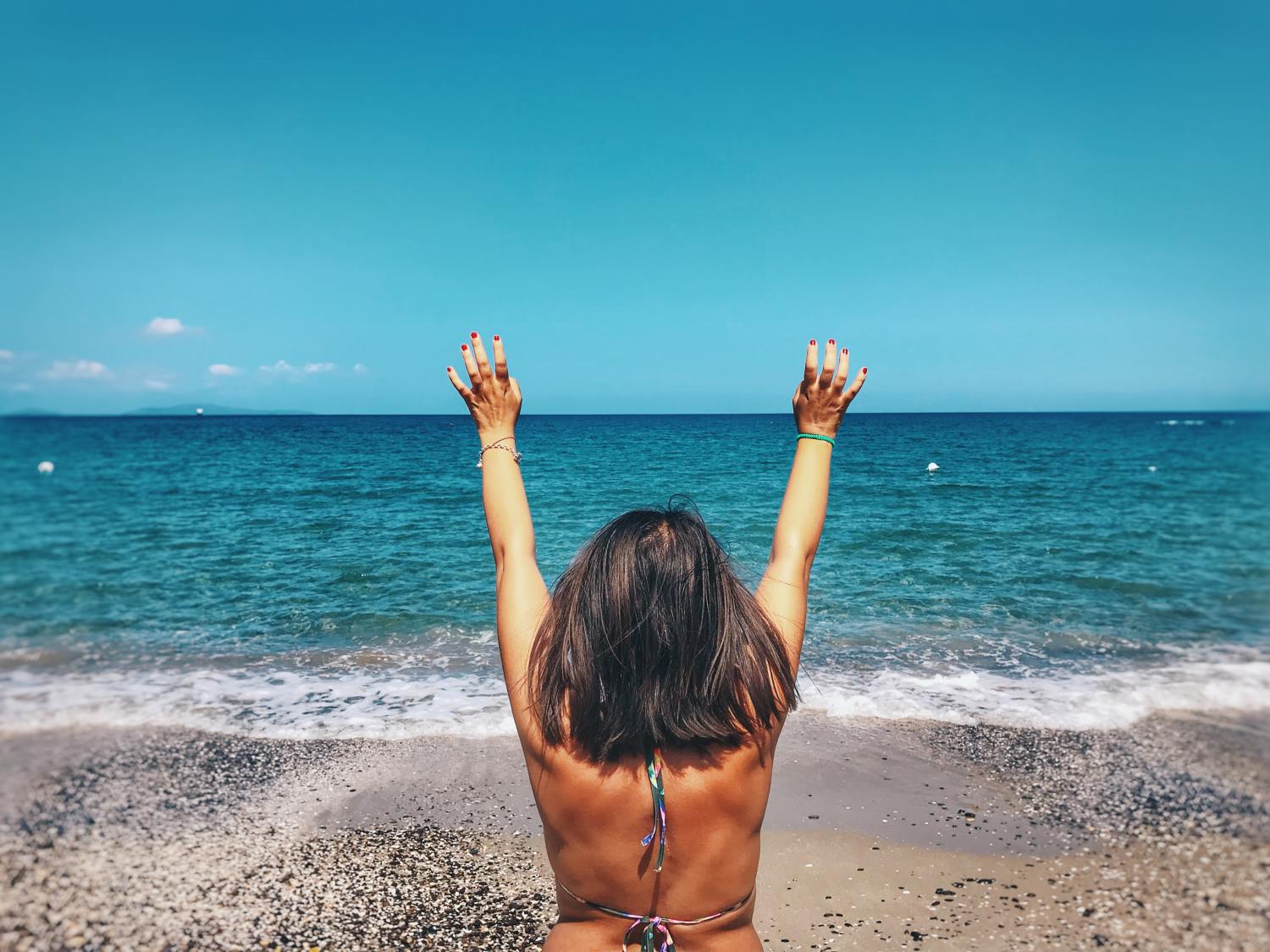 Men admire the strength and independence of women. So, showing him that you can live your own life without having to depend on someone else is a huge plus.

Strength and independence prove that you can take care of yourself and don't have to depend entirely on him. 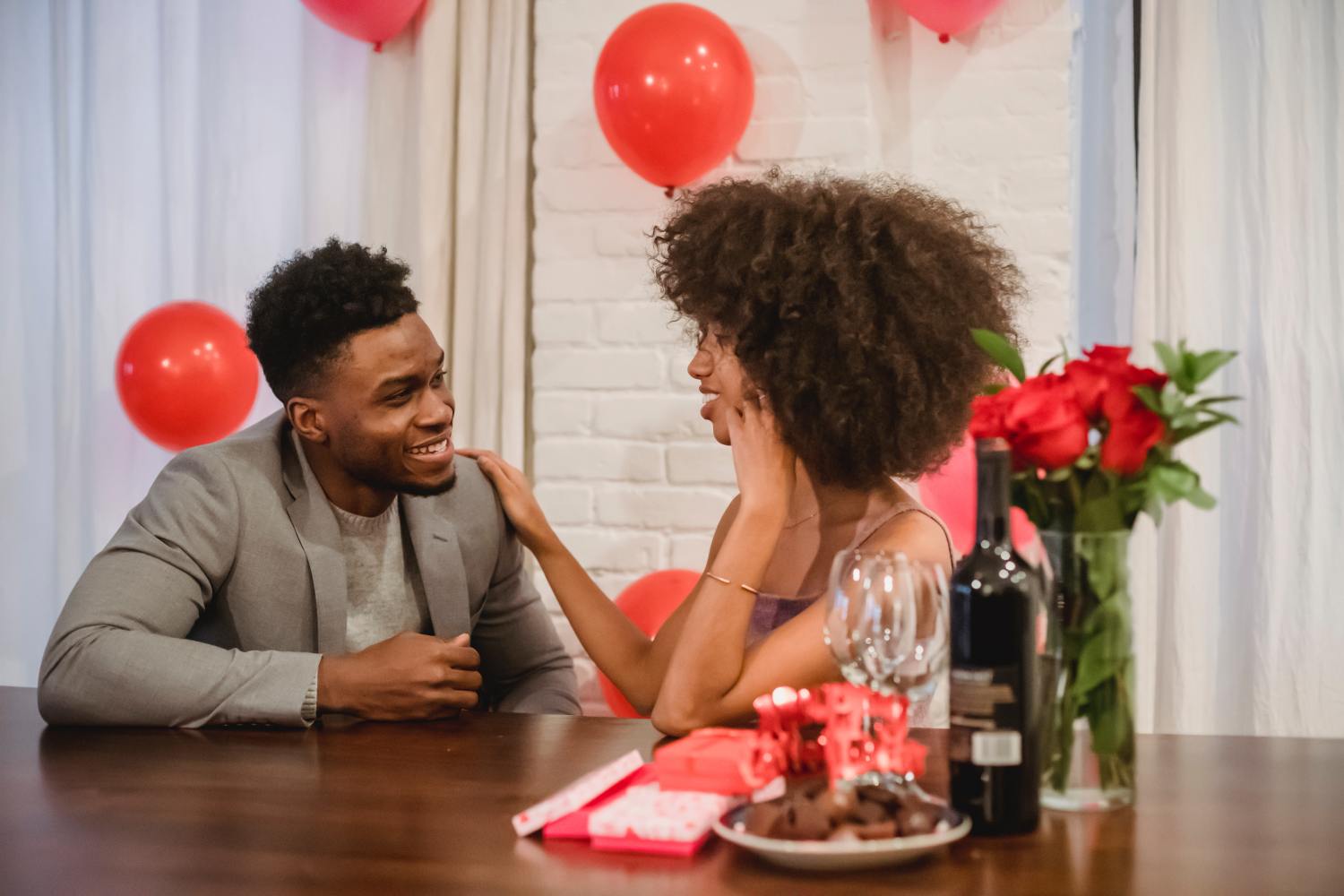 You need respect to make a relationship such as marriage work. Without this quality, most men would not bother trying to propose, regardless of the strong bond of love between you.

10. You Are Honest With Him About Who You Are 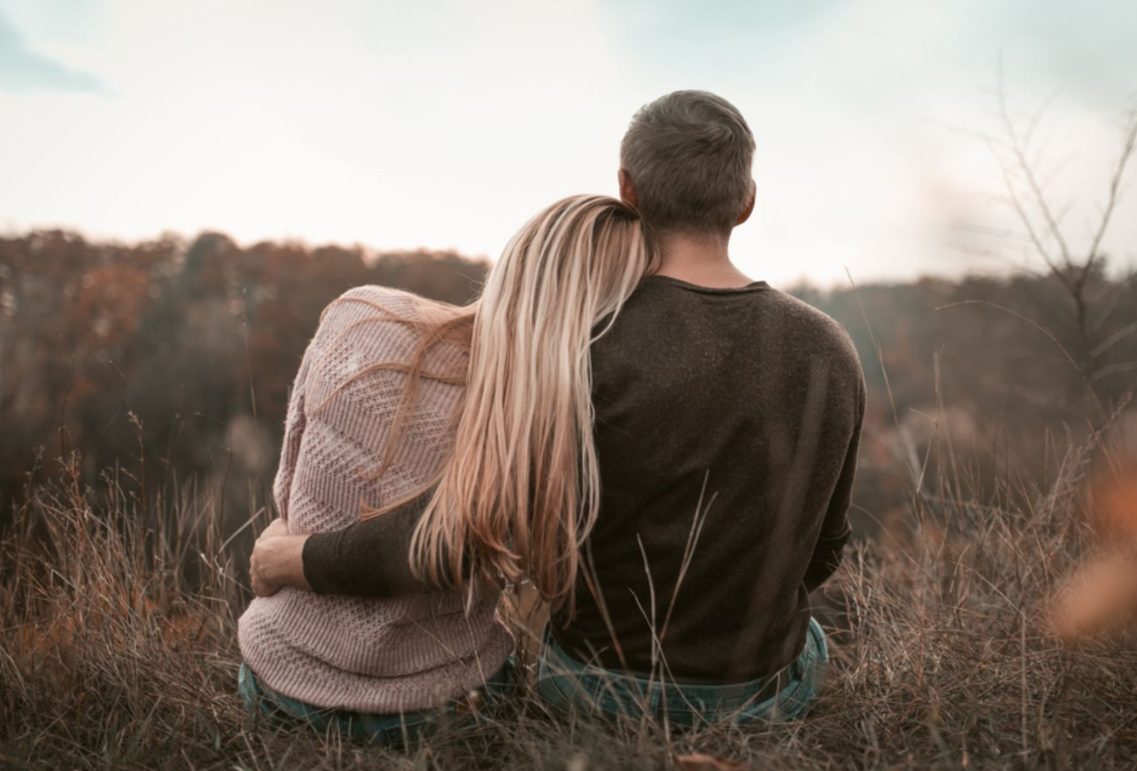 A man who feels like you are putting on a show will have a hard time committing to you. So, don't act fake if you want a man to see you as wife material.

Present yourself as who you are, regardless of your flaws. As long as a man is second-guessing who you are, he will also be unsure of whether he should propose to you or not.

11. You Are Patient With Him 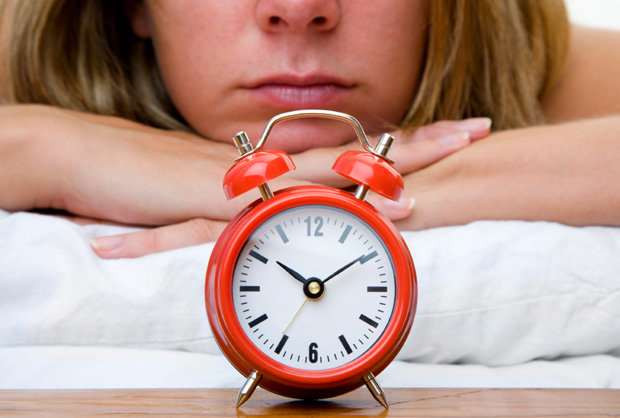 We are all humans, and our abilities are limited. We make mistakes, and sometimes it takes longer than we would like to achieve certain goals.

So, constantly making him feel bad for not delivering on time or at all despite his best efforts will make him feel that you are not the right person for him.

Learn to reassure him that you will not hold his mistakes against him, and he will easily see your potential as a wife.

Without a doubt, there are a lot of feelings about what it means to be wife-material, and the criteria can vary from one man to another. So, at the end of the day, what matters is that you understand what your partner seeks in a long-term partner, and if you can deliver that, then maybe you have a chance.

Otherwise, you don't have any obligation to fake who you are to get him to marry you. In the end, that will not bring happiness to any of you.