The year was 2017, and race car driver Renee decided to quit her career after her fortunes changed following some bad decisions. She got involved in a car dealership, but that was not her final stop.

Renee quit her new gig and set up an OnlyFans account in 2020.

Surprisingly, her new career really paid off, and now she has just purchased a new swanky home with her OnlyFans earnings. To top it off, she manages to lead a very lavish lifestyle with her increased earning potential.

The Australian has bought a home worth $1.3 million. The former race car driver paid for the lavish mansion in cash.

The expensive property rests on 1.5 acres of land, and it comes complete with a cinema room and an air-hanger style garage containing supercars worth about CAD 320,000. 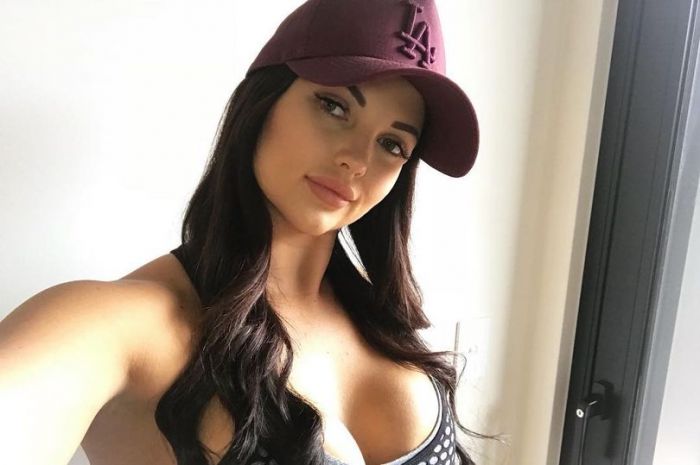 Renee Gracie comes from Gold Coast, Queensland. On OnlyFans, she has more than 13.9 million followers.

She is earning good money by selling her raunchy pictures and videos for a monthly subscription fee. This money has allowed her to buy her dream home. 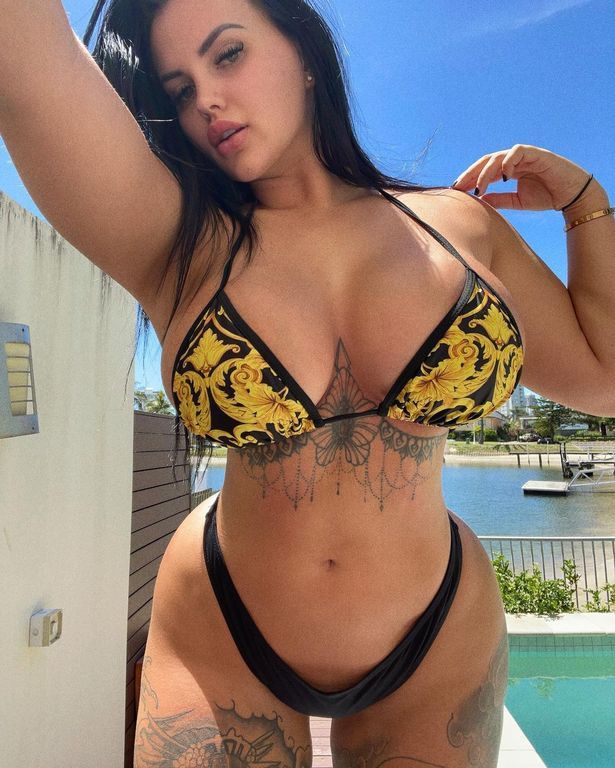 Renee explained that she was initially on the market for more investment properties, but with the travel restrictions, she knew she would be settling in Australia. That led to her decision to buy her dream home.

She Chose The House Carefully 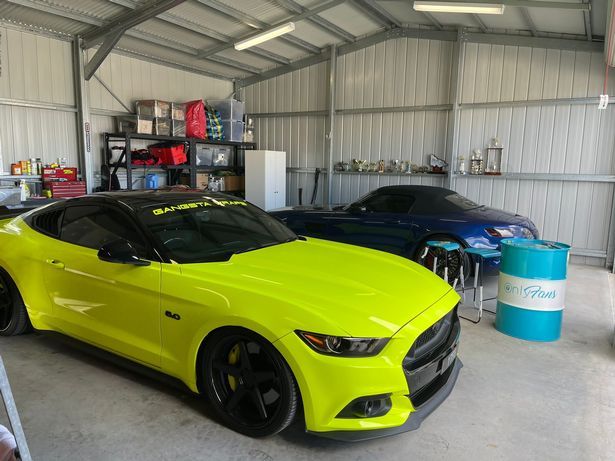 Renee revealed that she was looking for very particular things as she was shopping for her house. In addition to a new property, she wanted plenty of land, a lot of privacy, and "enough blank canvas" to make the home her own.

Since her love for cars is not lost, she also wanted a house with plenty of garage space. She has a 2016 Mustang GT, which has been modified at the cost of $15,000, and a 2019 Mercedes Benz AMG GT and a Nissan Pathfinder 1999, which is part of her camping collection. 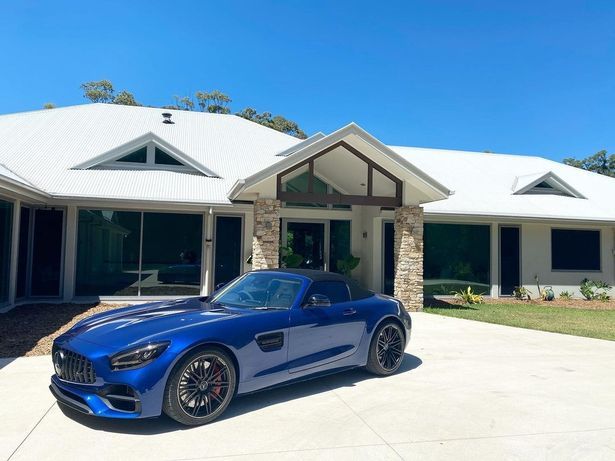 She is also considering getting herself a 2022 Chevy Silverado soon.

The former race car driver has put a lot of money into the property, which covers an area of over 3,760 square feet. The house has four bedrooms, three bathrooms, and an air-hanger-style garage that houses her luxury cars.

However, that's not all. She is also planning on building a 10-meter swimming pool. Her plans also include putting up a sunken fire pit, BBQ, and smoker.

At the moment, Renee lives in the mansion with her boyfriend.

Racing Was Her First Love, Then A Friend Suggested She Join OnlyFans 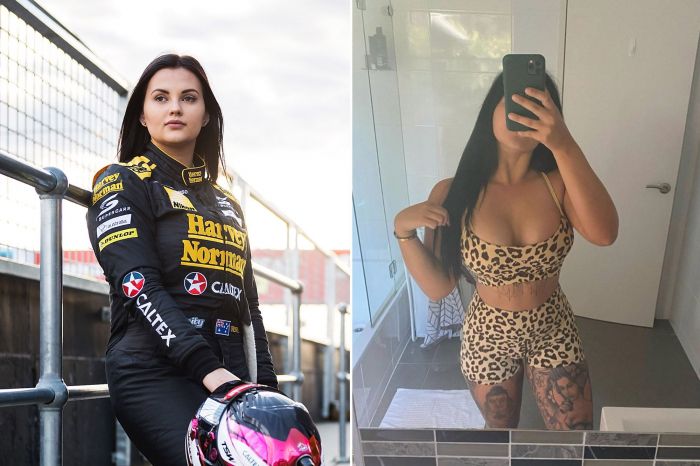 Renee may be earning lots of money on OnlyFans, but her fame came with being the first Australian full-time female supercar competitor.

Nevertheless, bad decisions led to a loss of funding. That led to her taking a job in a car dealership, but she later gave that up to join OnlyFans.

She admits that racing was her first love and that giving it up was hard because it was her dream. Unfortunately, she had to face the harsh reality that she was not good enough and decided to move on.

In fact, it was her fans who suggested that she tries OnlyFans, a decision that paid off pretty well. Renee has stated that she has no regrets about her career on OnlyFans.

She Has Big Plans To Renovate Her Home 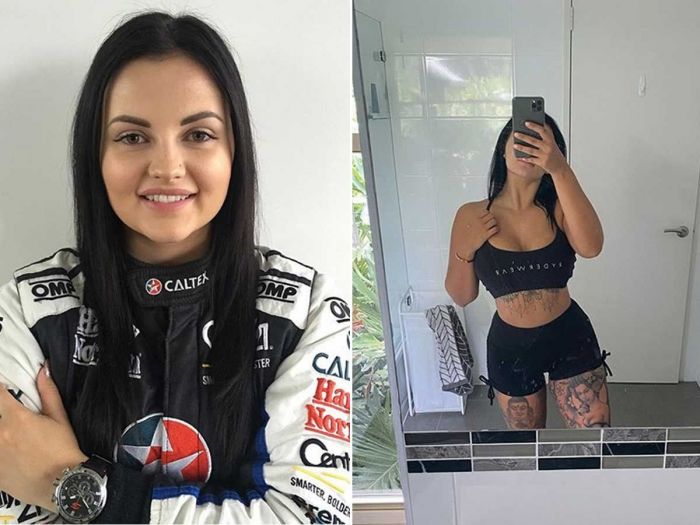 She also plans to do a lot of renovations in her house. Currently, her shed is being converted into a photography studio.

Her next project is to build a 10m swimming pool, a cabana, a sunken fire pit, bbq, smoker, and landscaping.

She estimates that this will cost her about $90,000, which is fine by her. She wants to put her "own stamp on the house."

Renee Lives With Her Boyfriend And Some Pets, Doesn't Like Parties

Renee lives in her luxurious home with her boyfriend and her four dogs (Bentley, Levi, Willy, and Tank, a cat named Gucci, four chickens (Tender, Omlet, Zinger, and Kebab), and two ducks called Might and Sir Quacks-A-Lot.

The OnlyFans celebrity has no concerns about any trashing issues in her house as she is not much of a party girl.

"I'm not a party girl at all. I've paid too much money for people to wreck things."

Once the pool is complete, she says she might entertain small gatherings but she would "rather be with animals and chilling out."

Clearly, even though joining OnlyFans was not her most popular decision, it was the best financial decision of her life.