About a week ago, Prince Philip, the Duke of Edinburgh, passed away.

Then photos of the Queen sitting by herself during her husband's funeral emerged. They have broken many hearts around the world.

Currently, there is a new photo of the Queen with tears in her eyes as she looks at Prince Philip's coffin.

After being in and out of the hospital over the last couple of years, the prince was no more.

The royal family broke the devastating news to the world.

The statement went on to say:

"His Royal Highness passed away peacefully this morning at Windsor Castle."

The statement also said that more updates would be coming later.

Prince Phillip made a record by being the longest-serving royal consort in the History of Britain. 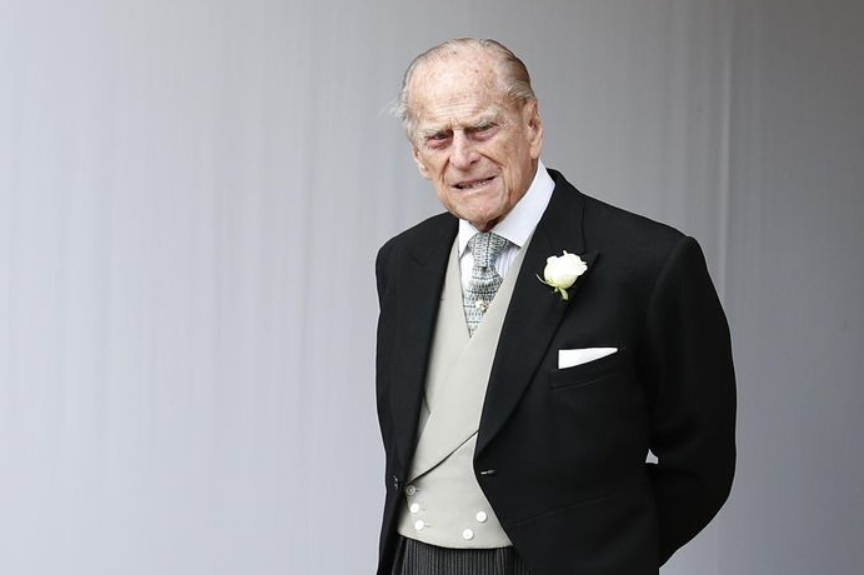 The prince stood by the Queen throughout her three decades in power.

However, most people knew that the prince had not been feeling well for some time by the time he died.

His health had been getting worse over a couple of years.

He has been getting treatment for several conditions. That includes a bladder infection back in 2012 and abdominal surgery in June 2013.

In May 2017, he stepped down from royal engagements. He even made a joke that he was no longer in a position to stand up before he had hip surgery a year later.

Towards the end of 2019, he spent 4 nights in the hospital. He was getting treated for a "pre-existing" condition.

However, this year represented his longest hospital stay.

On February 16, he was admitted to a hospital in London because he was not feeling well.

A post shared by The Independent School Jakarta (@independentschooljakarta)

During his admission, he had a successful heart operation.

A few weeks ago, he was discharged from the hospital, and that ended his longest hospital stay. 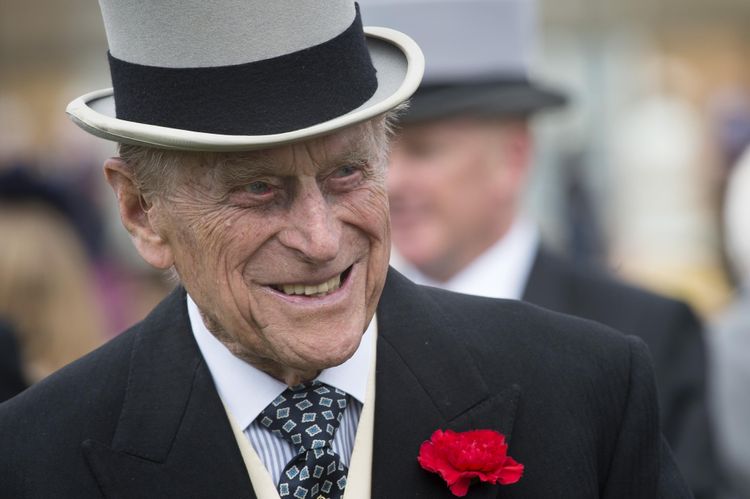 To many, news of his discharge was promising. However, it seems the reality was much more different.

The prince had only a few months to go before reaching his hundredth birthday.

Soon after news of his death went public, there were tributes flowing from all corners of the world.

It’s true. A peaceful passing surrounded by family is all we can hope for in the end, for ourselves and our loved ones 💕Rest in peace Prince Philip

These touching tributes were from the royal family. 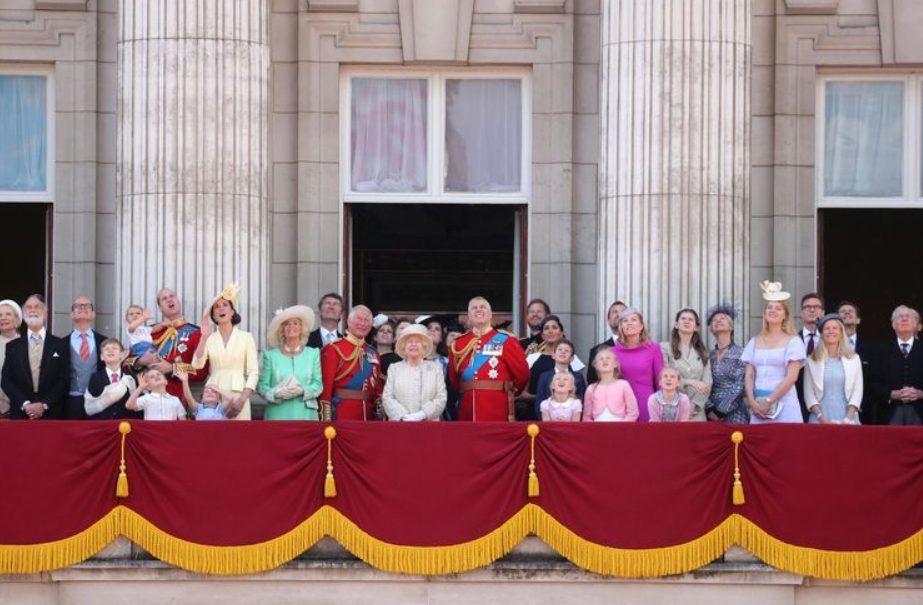 Prince Charles, Philip's son, was the first to speak about the loss.

Prince Charles spoke from his Highgrove home and had this to say about his father: 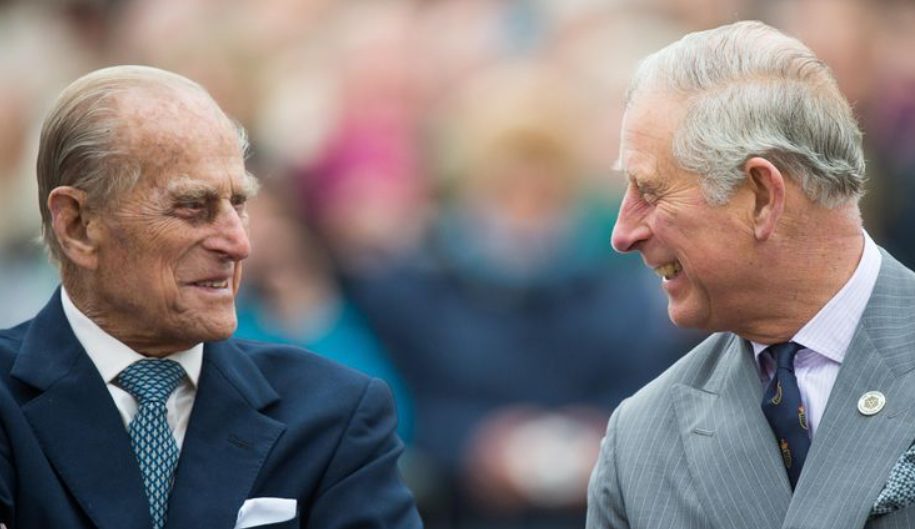 "My dear Papa was a very special person who I think above all else would have been amazed by the reaction and the touching things that have been said about him, and from that point of view, we are, my family, deeply grateful for all that… As you can imagine, my family and I miss my father enormously." 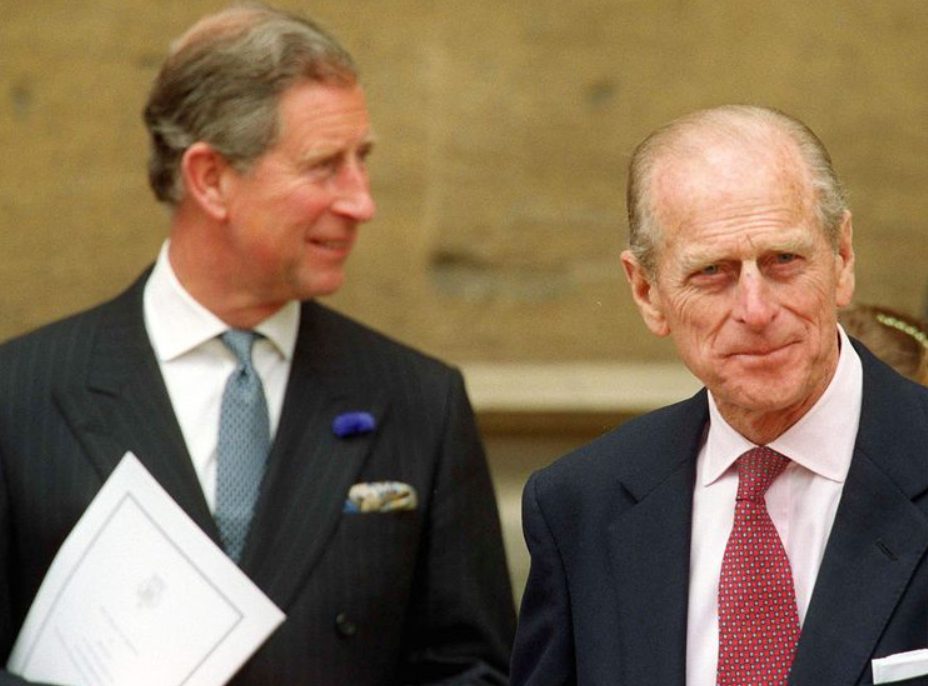 Prince Charles went on to say that his father was a much loved and appreciated figure and that he would have been touched by all the people around the world who share in his family's loss and sorrow.

Like his father, Prince William wrote a letter to his departed grandfather. 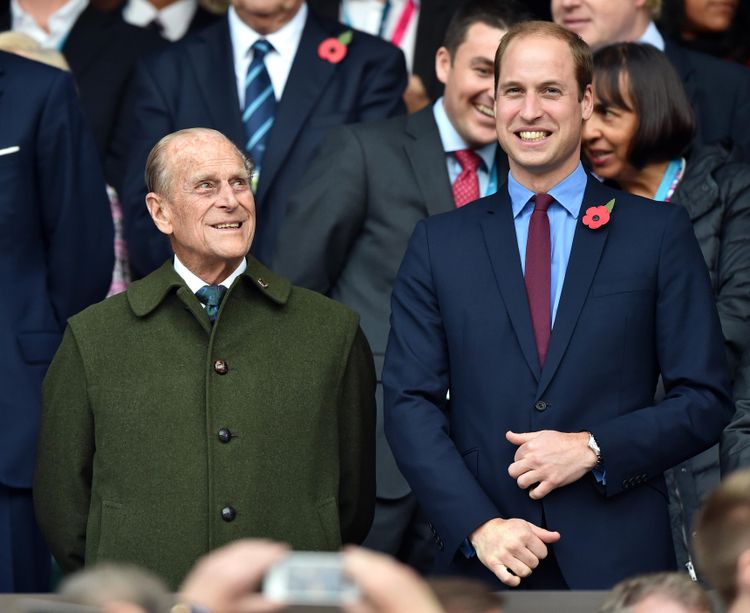 In an Instagram post, William wrote that his grandfather's "century of life was defined by service – to his country and Commonwealth, to his wife and Queen, and to our family."

He went on to explain that he felt lucky to have him as a guiding example and also appreciated his lasting presence well into his adulthood, both during the good times and the bad times. 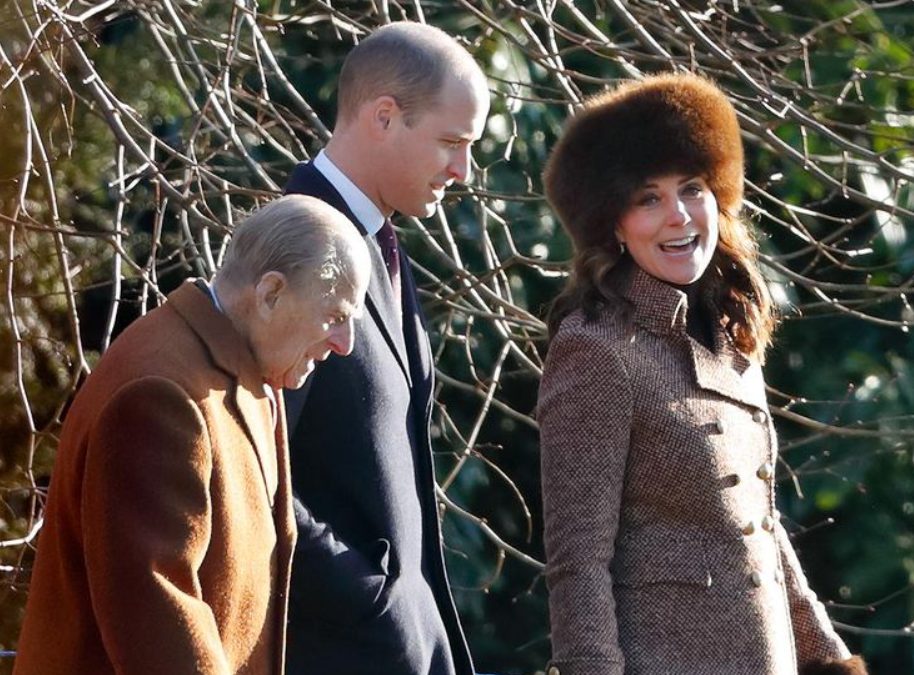 Prince William also said he was grateful that his wife had so many years to get to know his grandfather and expressed gratitude for the kindness he showed her.

According to Prince William, his grandfather was an extraordinary man who was also part of an extraordinary generation. He also said that he and Catherine would continue to support the Queen in the coming years.

A post shared by Duke and Duchess of Cambridge (@kensingtonroyal)

Prince Harry, in a similar manner, issued a personal statement about his grandpa's death on the Archewell Foundation website. 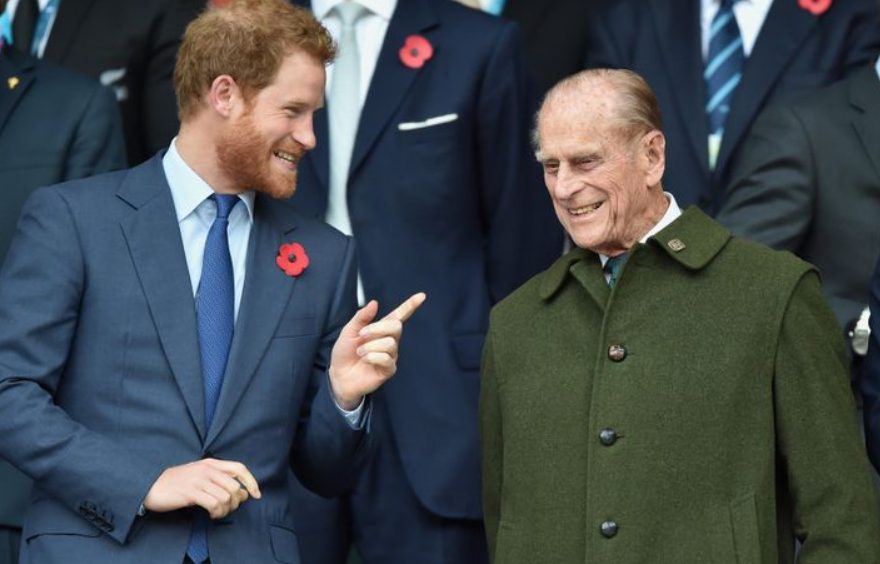 His statement was titled: "In loving memory of His Royal Highness The Duke of Edinburgh."

Prince Harry went on to say that his grandpa was a man of service, honor, and great humor and that he "could hold the attention of any room due to his charm – and also because you never knew what he might say next."

"He will be remembered as the longest-reigning consort to the Monarch, a decorated serviceman, a Prince, and a Duke."

Harry went on to say that to him, Prince Philip was "grandpa: master of the barbecue, the legend of banter, and cheeky right 'til the end."

Prince Harry said that his grandpa had been:

"…a rock for Her Majesty The Queen with unparalleled devotion, by her side for 73 years of marriage… I know that right now he would say to all of us, beer in hand, 'Oh do get on with it!'" 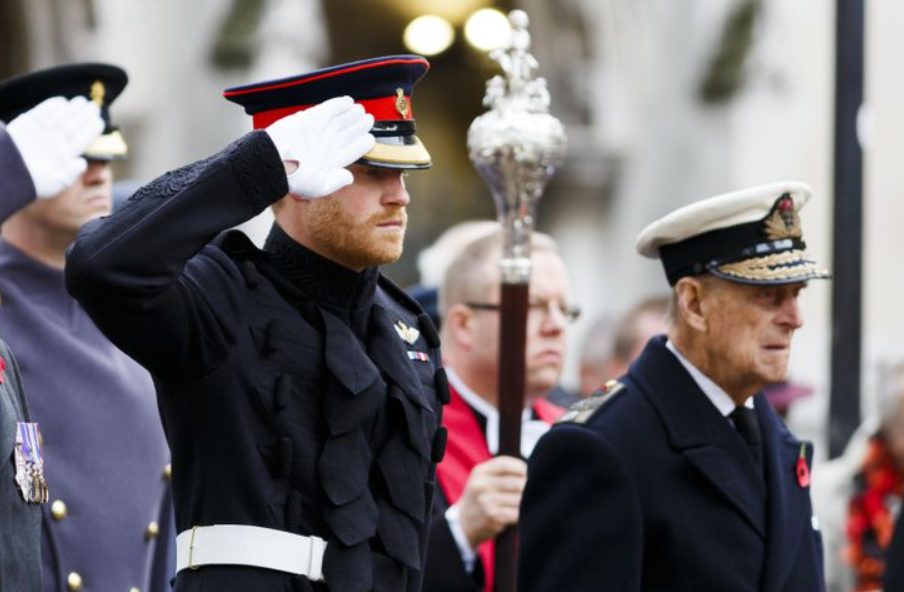 Harry said that he was thankful for his grandfather for his service, his dedication to the Queen, and his ability to be himself:

"You will be sorely missed but always remembered – by the nation and the world. Meghan, Archie, and I (as well as your future great-granddaughter) will always hold a special place for you in our hearts."

Obviously, people had been wondering if Prince Harry and his wife Meghan Markle would be attending Prince Philip's funeral.

The couple currently lives in California.

After Prince Philip's death, Harry made plans to fly to the UK almost immediately. 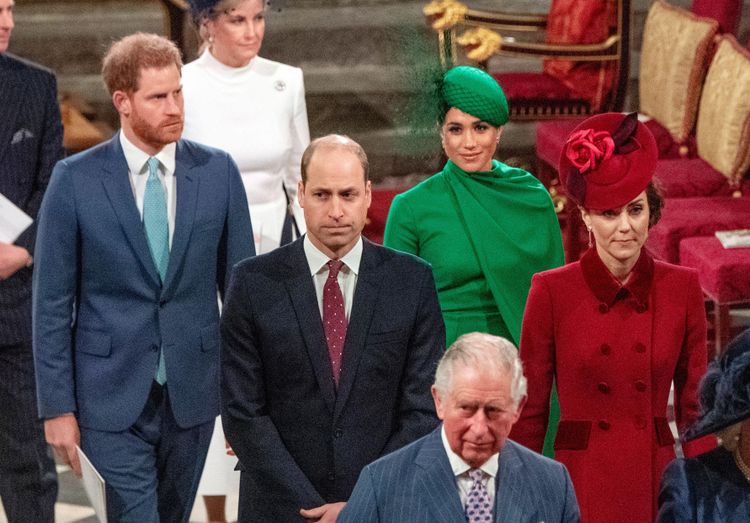 He arrived at Heathrow airport on Sunday and was taken to Kensington Palace to quarantine.

The doctors advised Meghan against flying to the UK to join her husband due to her pregnancy.

Meghan is heavily pregnant with the couple's second child.

The UK went into 8 days of mourning after Prince Philip passed away.

The Union flags would fly at half-mast during this period. 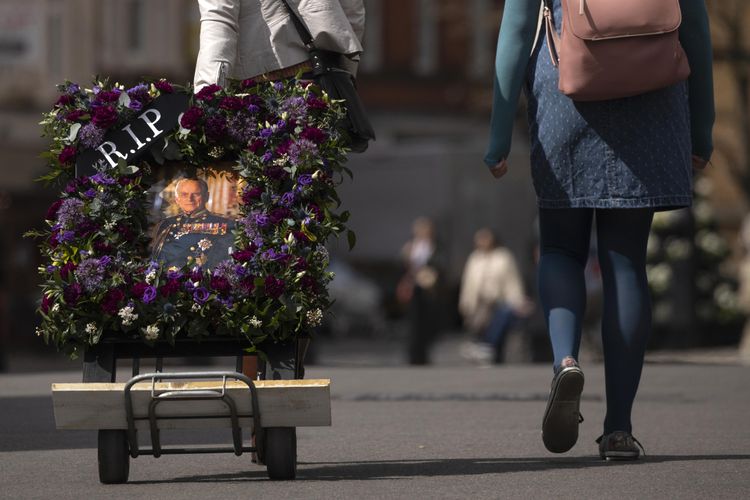 The Queen also stepped back from any official duties during this period.

However, the Queen still got back to work even though the mourning period was still in force.

Four days after her husband died, the Queen held a ceremony at Windsor Castle marking the retirement of the most senior official in her household.

As a result, many people are praising her for having such a strong sense of duty and service. 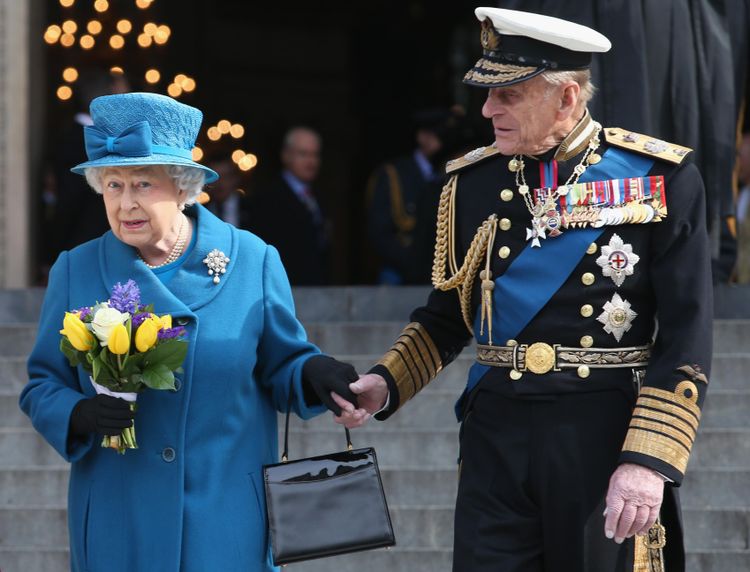 She was not expected to return to duty until the end of the mourning period on April 22. 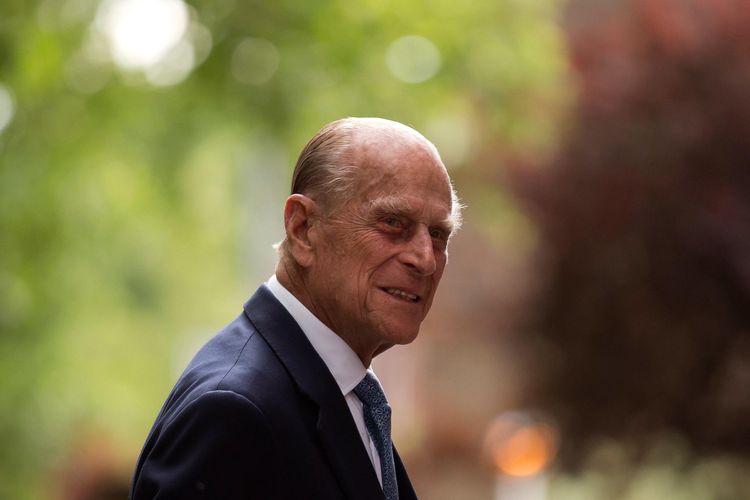 The royal family was there to pay their respects while giving their beloved member a fitting sendoff.

The televised event was conducted in accordance with the current COVID-19 restrictions in the country.

Only 30 people were allowed to attend the event. 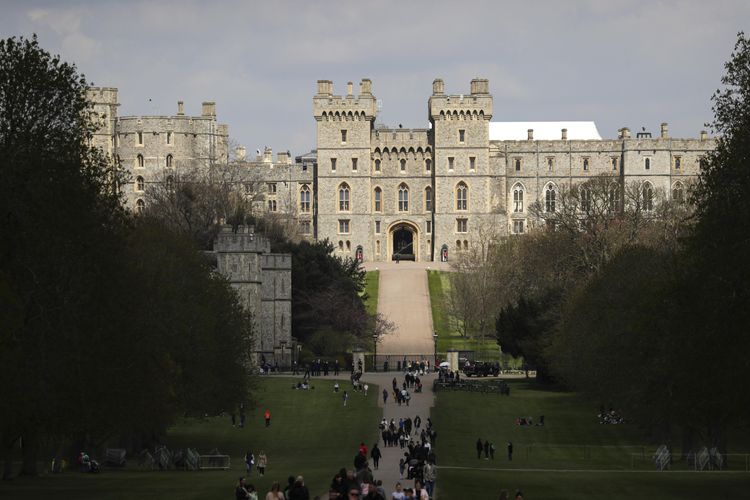 His body was taken from Quadrangle at Windsor Castle to the church in a Land Rover that was specially modified with Philip's help.

The funeral also had the participation of the Royal Navy, RAF, Army, and the Royal Marines. 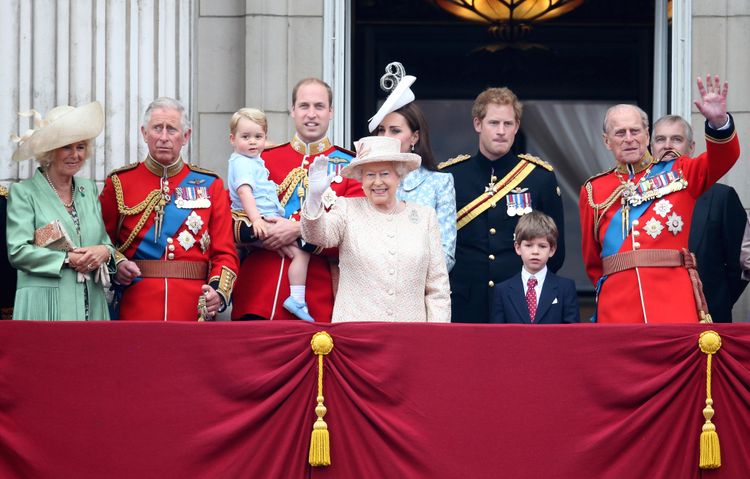 Prince Charles and Prince William were expected to walk behind the car as it was driven to the church. According to the palace, this was as per the Duke's wishes.

Prince Philip didn't want people to make a big deal out of the whole affair. Members of the public were asked to stay away from the castle during the funeral. 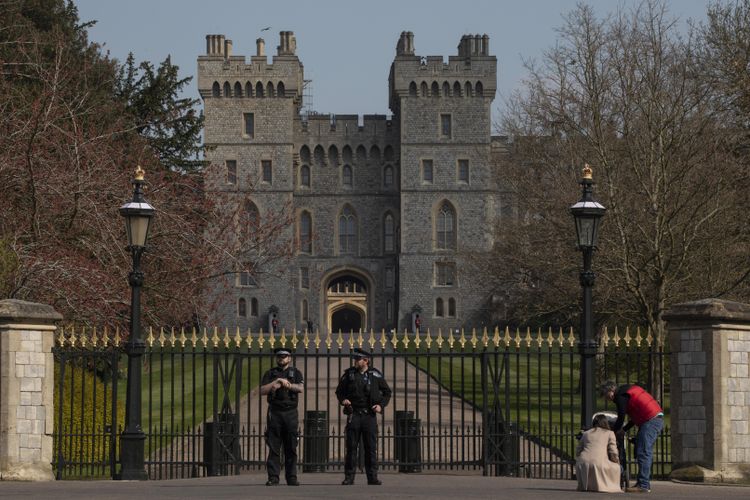 An online condolences book was made available to those who wished to show their respect to the prince.

Before the start of the funeral, a picture of Prince William and Prince Harry walking together surfaced. 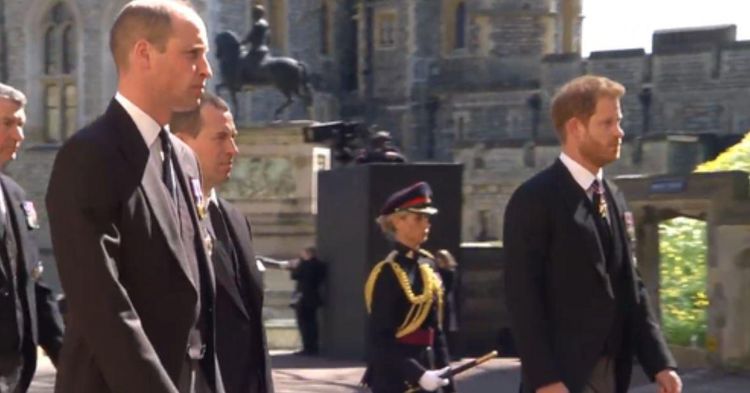 This couldn't have been very easy for the brothers.

Still, it must have been nice for the brothers to be together once more.

The Queen could also be seen sitting by herself during the funeral.

This was a particularly notable image.

However, although she was alone, things were not as they seemed.

Horrific to see Her Majesty The Queen alone like this. pic.twitter.com/NhRmlDf3AI

The Royal Family and the whole world were thinking of the Queen as she grieved the death of her husband, Prince Philip.

To see Her Majesty the Queen alone like this at her husband’s funeral is both moving & disconcerting. She should be comforted & supported by those closest to her. Just a sense of occasion taking over the human need to grieve & be comforted. #PrincePhilip #PrincePhilipfuneral pic.twitter.com/GPbAdrMPVr

There was also another photo, and it was even more heartbreaking. It showed the Queen with tears in her eyes. 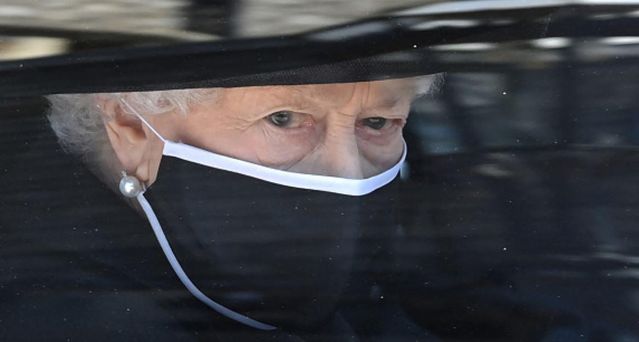 The picture, taken just before the funeral, showed the queen in tears as she looked at Philip's coffin.

Then a photo of the queen wiping away a tear surfaced.

The Queen wipes away a tear as she says goodbye to her husband of 73 years #PrincePhilipFuneral pic.twitter.com/nX0WDJyNXe

There are few things more heartbreaking than watching the Queen in pain.

Duke of Edinburgh, rest in peace. 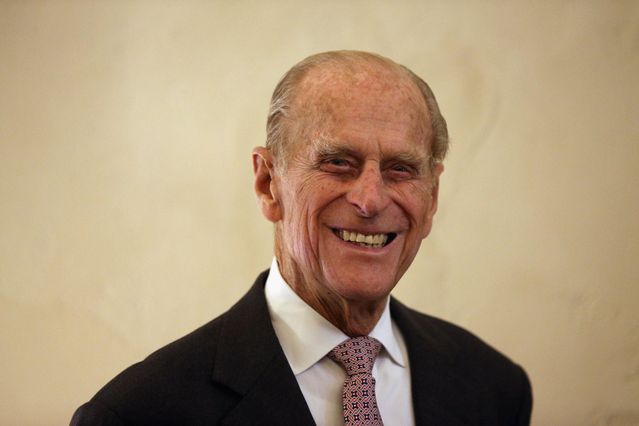