Millions of people in American prisons and jails get trays of bologna sandwiches and canned fruit. However, 'QAnon Shaman' Jacob Chansley, a U.S. Capitol rioter, will be enjoying something different.

As the man awaits his trial, he will be eating organic food.

The man tried like hell to get his request granted, and eventually, the judge gave a ruling that ensured he received meals that were in accordance with his religious beliefs.

Several requests were made by the man regarding his desire to have organic food. He also went on a hunger strike based on the claim that non-organic food was against his religion.

According to advocates, this represents a rare privilege in a system that often serves its inmates bland and often unsafe meals.

In fact, according to Rev. Al Sharpton, a notable civil rights activist and the founder of National Action Network, this represents clear use of double standards:

"The fact that this man is given this kind of preference shows the double standard in the criminal justice system, and in the detention system."

The Man In Horns

Many people might remember Chansley as the man who was wearing horns, a fur headdress and face paint during the January 6 riots at the US Capitol.

He was detained at the Federal Correctional Institution Phoenix in Arizona. Based on court documents, he was apparently given organic food while held at the facility.

However, things changed when he was moved to the DC Jail to face his charges. His demands for organic food were turned down because the contracted food providers did not have those kinds of meals.

This was after one of the biggest foodservice providers in the country, Aramark, claimed that it could comply with the court's requirements and provide the organic meals Chansley wanted.

According to his lawyers, the man needs organic food because his faith, Shamanism, demands it. This religion is based on a belief in supernatural phenomena such as gods, demons, and ancestral spirits.

If the man had not been given organic food at the facility he was first held at in Arizona, DC District Court Judge Royce Lamberth might not have granted the man's wishes.

That said, his arguments about Shamanism were adequate to make the judge accommodate his dietary requests.

While explaining the decision, the judge argued that:

"There is no doubt that Shamanism is a religion and that defendant requests a dietary accommodation based on that religion."

The Department of Corrections didn't dispute that Shamanism is a religion.

Nevertheless, the defendant's willingness to stay without eating for over a week demonstrated the sincerity of his religious beliefs.

Sharpton, who has found himself in state custody over 30 times for protesting various injustices, claimed that some prisons may honor an inmate's religious-based diet requests.

However, he also points out that there are times when "that's not likely."

"In the state jails, you eat what they give you or you starve ... it is absolute punishment and punitive beyond the regardless for human rights and dignity. In federal, they have different protocols, and they ask if you have any dietary or religious preferences."

William G. Truesdale Adult Detention Center is not a federal prison. Former chairman of the Trump campaign, Paul Manafort, was held here, as well as other high-profile defendants.

In case Chansley is found guilty, despite being a federal defendant, he will in all likelihood end up in the hands of the Bureau of Prisons (BOP) and get locked up at one of their facilities.

When in federal custody, inmates are given various breakfast items, including bread, oatmeal, fruit, and jelly. This is according to a copy of the prison bureau's 2020 national menu.

Lunch and dinner consist of a five-week rotating menu that includes meals such as beef or soy tacos, pepper steak or lentils, and tuna salad or hummus.

Estimates from back in 2019 indicated that BOP would serve around 175 million meals to more than 184,000 federal inmates throughout the year. Similarly, the institution approximated that more than $401,000 would be spent on food services for 122 institutions and facilities.

That accounts for about 4% of the BOP budget for salaries and expenses.

According to a spokesman for the BOP, Justin Long, fresh fruit and vegetables are served every day. That means the inmates have the option of selecting from regular, heart-healthy, or no flesh entrees from every meal, vegan-friendly options included.

"The quality of the food served to our inmate population is a priority of the Bureau of Prisons."

However, Long could not confirm if the food served by the Bureau of Prisons is organic or not.

There are protocols at the BOP to make sure that its food supply is safe. These measures ensure that the food supply does not have vendor quality issues.

However, there have been reports that some vendors have been guilty of providing the BOP with adulterated food.

Recently, two meatpacking plant executives were sentenced to 46 and 42 months in prison after being found guilty of charges of providing $1 million in adulterated meat.

This included whole cow hearts being passed off as "ground beef." The executives had provided their products to 32 BOP institutions.

In another incident, owners of a food company supplying South Carolina prisons agreed to pay $250,000 after the company was accused of supplying diluted spices "substantially comprised of filler agent." They did this from 2011 to 2018, according to the Justice Department.

Based on the words of Kenneth R. Dieffenbach, a Special Agent in charge of the Department of Justice Office of the Inspector General Fraud Detection Office, contractors have an obligation to comply with contractual and other standards:

"When they provide adulterated products, as the defendants allegedly did here, the government is cheated and the health and safety of inmates are placed at risk." 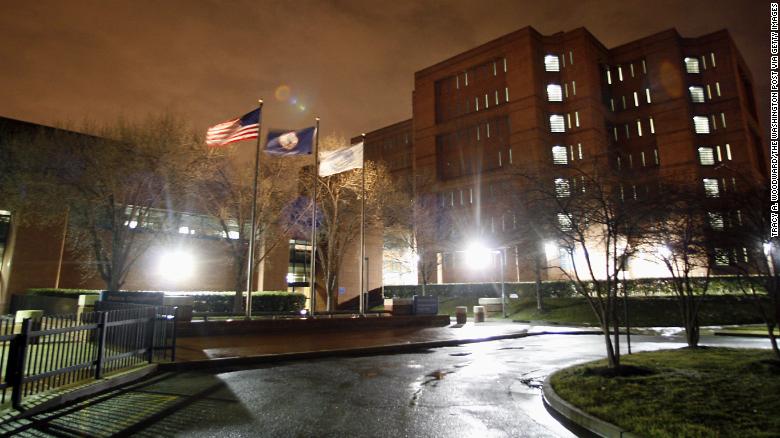 Leslie Soble, a research fellow for a non-profit that advocates for criminal justice reform, Impact Justice, claimed that giving organic food to detainees in US correctional facilities is "completely unheard of."

"Millions of other incarcerated people, most often from black and brown people from low income communities are being served terrible food day after day, year after year."

Soble is also the author of "Eating Behind Bars: Ending the Hidden Punishment of Food in Prison." The book explores the quality, and the impact of the food served in American prisons.

Her book is based on responses from over 500 former inmates. In most cases, the food served was unsafe, unappealing, and of low nutritional value.

Someone admitted to Soble that the only time they would get chocolate milk was when it was spoiled.

Of the people interviewed, around 75% admitted that they were served rotten or spoiled food while in prison. Those who worked in prison kitchens also claimed that they were often asked to serve chicken or beef from packages labeled "not for human consumption."

Most correctional facilities require that prisoners get meals that include vegetables and fruits. However, they are getting a spoonful of applesauce, chunks of canned fruits, and canned green beans.

Soble estimates that prisons spend about $2.50 to $3 per person per day on meals.

A spokesman for Aramark, when asked about the food they served at Alexandria jail, said that the menus at all correctional facilities are designed by registered dieticians in order to meet the nutritional requirements of each individual facility as well as the guidelines outlined by the American Correctional Association.

According to Sharpton, there should be a federal law addressing the nutritional needs of inmates because not everyone in jail is convicted of a crime.

Some people are in jail because they can't post bail, and yet they are treated like they are less human. These people are offered food that shows little regard for their health and no consideration for their nutritional preferences.

Food As Punishment Acceptable For The Incarcerated

Soble notes how the decision to give Chansley organic food has caused a lot of criticism. The activist hopes that more people will start asking why poor-quality prison food has become the norm.

If the wishes of such activists were to come true, people who have been incarcerated in the United States should not be forced to eat food to survive without any regard for their health, religious, and personal needs.

In other words, everyone should get the same treatment "QAnon Shaman" has received while in prison, but without having to fight as hard.