Russian President Vladimir Putin has his bodyguards collect his poop and urine while on trips abroad to stop people from gathering information about his health, a new report reveals.

Putin's health has been the center of much speculation in recent months, suggesting that he has cancer, dementia, and Parkinson's disease.

And this latest revelation is allegedly Putin's way of keeping his potential health issues under wraps. 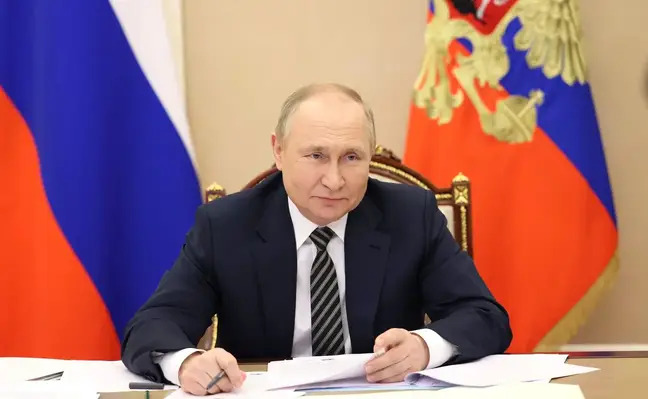 According to two investigative journalists — Régis Genté and Mikhail Rubin — Putin's elite bodyguards bag up his poo while he is abroad to bring it back to Moscow.

The bizarre claim was first reported in the French news magazine Paris Match.

The report says the collection of Putin's excrement and urine is part of the Federal Protection Service's job, as they are tasked with protecting high-ranking state officials at whatever cost.

Reporters Regis Gente, who wrote two books on Russia, and Mikhail Rubin, who has covered Russian current affairs for over ten years, said Putin's bodily wastes are collected in specialized packets, which are then placed in a dedicated briefcase for the journey home.

A translated segment of their report states:

"An agent had to place Putin's excrement in pockets provided for this purpose not to leave any trace and bring everything back to the country in a special suitcase."

Reporters wrote that examples of such excrement collections included Putin's visit to France on 29 May 2017 and during his October 2019 trip to Saudi Arabia.

In both instances, it's alleged that Putin either had a private toilet with him or was accompanied to the bathroom by several guards.

Another theory is that he uses a 'porta-potty' everywhere he goes.

Farida Rustamova, an ex-BBC journalist, took to Twitter to discuss the claims, writing:

"So… Paris Match reported that Vladimir Putin travels abroad with a special [poop emoji] suitcase. According to the journalists, Putin's guards collect his stools in bags and deliver them to Moscow."

Farida also confirmed the report by explaining that she was aware of a similar incident in Vienna where Putin had used "a special private bathroom" at the Kunsthistorisches Museum.

She described how Seinfeld star Julia Louis-Dreyfus got the inside scoop while visiting the museum.

"At least sometimes all secret substances are being destroyed immediately on the spot."

"The museum staff revealed they had to set up a special private bathroom outside the museum for Putin to use when he needed to."

"They also told her that Putin uses the same 'porta-potty' as Louis-Dreyfus called it while traveling and on board his plane."

4/ the museum staff revealed they had to set up a special private bathroom outside the museum for Putin to use when he needed to. they also told her that Putin uses the same "porta-potty" as Louis-Dreyfus called it while traveling and on board his plane pic.twitter.com/pkle0PtjK5

Farida also cited an unnamed source, who's reportedly an old acquaintance of Putin's, saying the president had carried out the practice since the beginning of his leadership.

Since he decided to invade Ukraine, Putin's health has been a heightened topic of speculation and discussion in recent months.

And just a few weeks ago, an officer from the Federal Security Service of Russia claimed 69-year-old Putin has "no more than two to three years to stay alive," adding that he's even losing his sight.

The FSB officer described the Russian president's condition as a "severe form of rapidly progressing cancer." 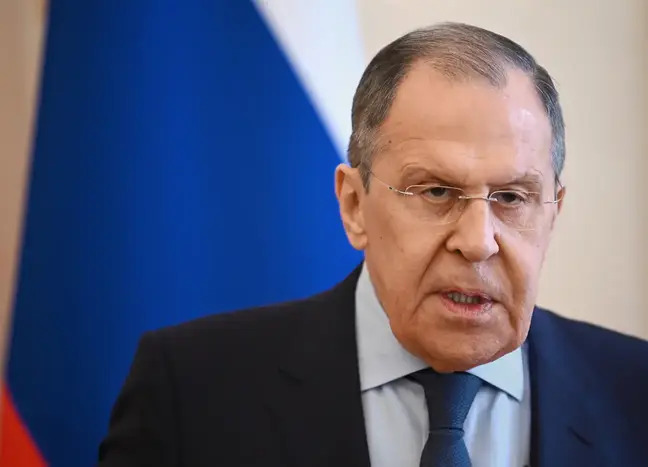 "I don't think that sane people can see in this person signs of some illness or ailment. You can watch him on screens, read and listen to his speeches."

"I leave it to the conscience of those who spread such rumors despite daily opportunities to assess how anyone is looking."

But considering occasional incidences where Putin has appeared sickly in public, many people continue to believe otherwise.

For instance, he was pictured coughing and huddled under a blanket at Russia's Victory Day parade in May, while another clip showed him limping.

Back in February, footage appeared to show him shaking uncontrollably during a meeting with Belarusian leader Alexander Lukashenko just days before he invaded Ukraine.