A psychiatrist who testified that the Pirates of the Caribbean star exhibited "narcissistic traits" on the stand speaks out about the backlash he received from his testimony.

Psychiatrist and physician Dr. David Spiegel was called to the stand on May 23 as one of Heard's expert witnesses — and his testimony certainly left an impression on legions of fans who were following the trial.

Heard's attorney, Elaine Bredehoft, asked Spiegel to comment on the psychologist profile of those who suffered and perpetrated IPV and whether or not they were consistent with Depp's behavior.

The psychiatrist did acknowledge that he never interviewed Depp directly but rather drew his conclusions from reviewing the actor's depositions and other materials in the case.

Spiegel's professional Google page was bombarded with unfavorable one-star reviews following his testimony in the trial. Similarly, his WebMD page was also flooded with negative reviews.

Now, in an op-ed for Newsweek— titled "I Testified in the Heard vs. Depp Trial. The Backlash Has Been Horrific" — Spiegel has revealed the negative backlash he has received from Depp fans.

"I drove to my hotel, and around an hour later, at about 4 pm, my wife called me and said, 'Listen, I don't want you to look at what's being said."

"I asked her how horrific it was, and she told me it was pretty bad."

"I'm not a social media expert, far from it, so I didn't expect the whole horrific post-trial backflow."

"It's been a little stunning for me."

"The volume of it, from the personal attacks on who I am and what I present like, to what I look like and say, was obviously a little hurtful."

"I deal with people for a living, so I tried to understand where people were coming from." 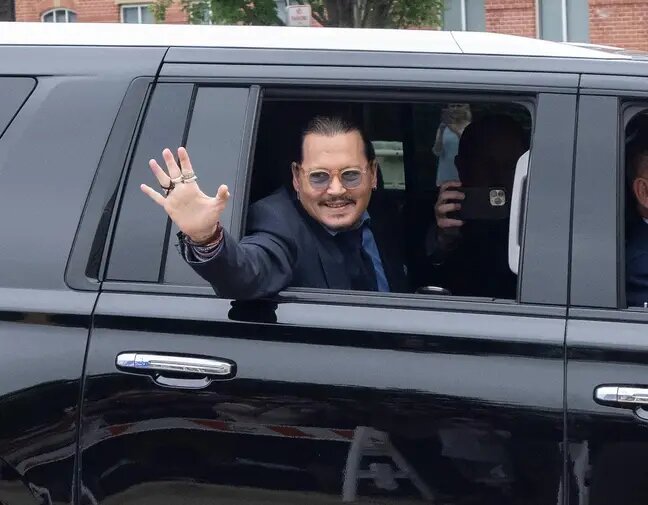 "It's what a psychiatrist does."

"But the comments below the YouTube videos of me have been vile."

"I'm an adult, it's not the first time I've been criticized, but never like that. On that Monday and Tuesday, I had what I'd describe as an emotional concussion."

"It wasn't physical, I didn't get hit on the head, it was emotional because the feedback afterward left me a little on the numb and dazed side. I slept a lot on Monday and Tuesday."

"I would have liked Mr. Depp to get ahead of this and to have said, 'Listen, I understand you are upset, but there are ways to express how to be upset."

"The fact that he hasn't probably says potential volumes about him. Ms. Heard hasn't come out and said anything either, but my opinion is that she is the most vulnerable person in this situation."