The relationship between Prince Harry and his older brother Prince William has been strained since Harry and his wife, Meghan Markle, resigned from their royal duties and left the UK for the US. However, grief would bring the two brothers back together after their grandfather, Prince Philip, passed away.

Prince Harry flew in to attend his grandfather's funeral in April 2021, and the two brothers were seen together for the first time after a rough couple of months.

Now, it seems like the famous brothers have been forced to reunite once more with the unveiling of Princess Diana's statue. Many of their fans hope that the brothers will put aside their differences and work together once more. 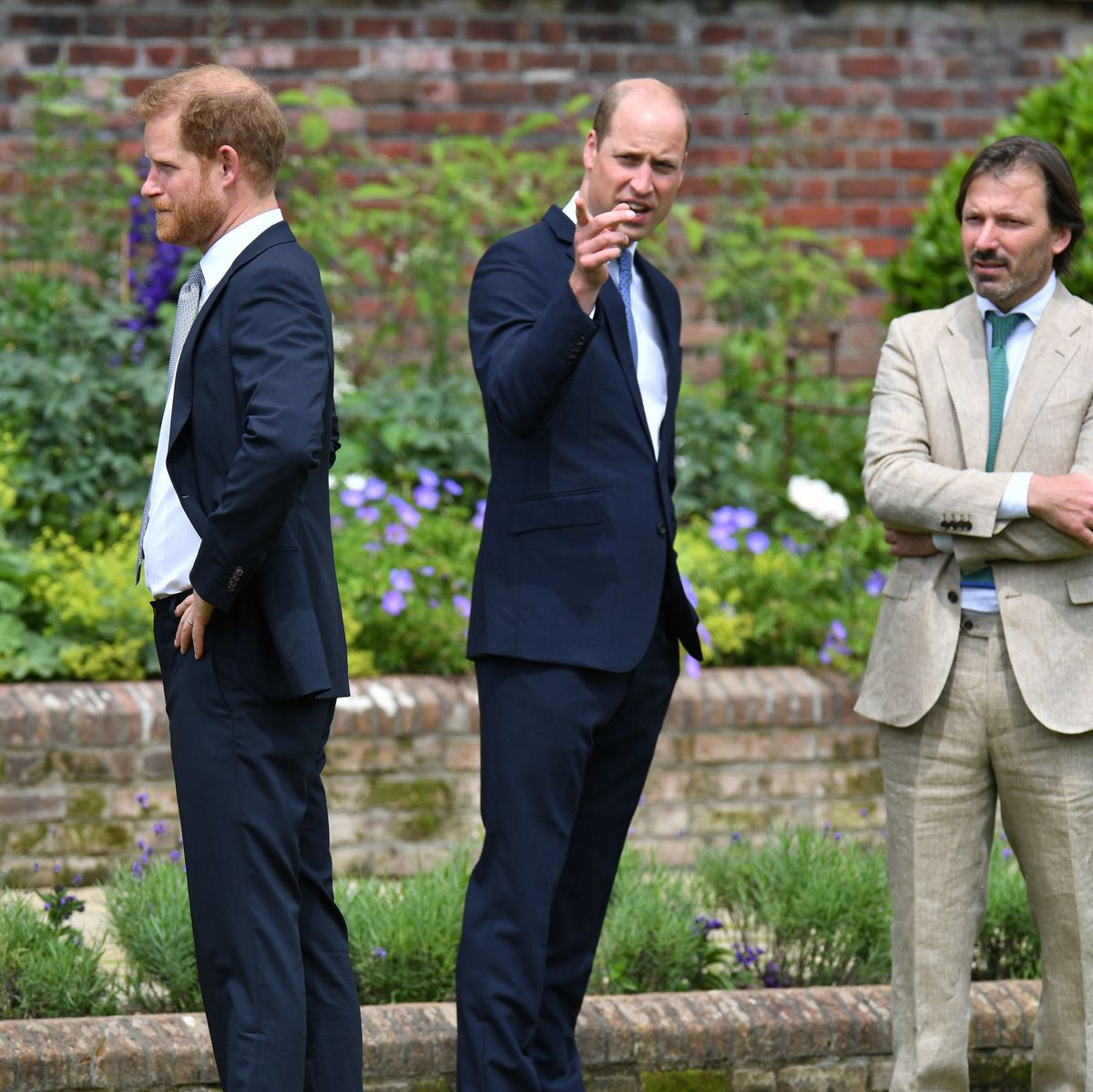 Harry is already in a strained relationship with his brother Prince William and the rest of the royal family, especially after the disparaging remarks they made about the family during the highly publicized Oprah Winfrey interview in March of this year. Prince Harry and his wife Meghan Markle held nothing back and plainly criticized the British royal family and some of its beliefs.

The royal family was forced to release a comment addressing the unflattering claims the couple had made. Furthermore, the tension between the brothers grew.

However, the two warmed up to each other a little during their grandfather's funeral. Media cameras even caught them chatting during the solemn occasion.

According to reports, Kate Middleton, Prince William's wife, might have helped the brothers put aside some of their differences and act like brothers.

The unveiling of the statue has gotten many people hopeful about the relationship the royal brothers have. Hopefully, many of the issues causing a division between them can be resolved by this event.

There were reports that even before the occasion, they were texting each other about England winning a major soccer game. In any case, it was expected that the brothers would be professional in their conduct during the unveiling of the statue.

Given the recent history of the two, many people would also be curious to see if there is still tension between them.

The Unveiling Of The Statue Might Help Unite The Princes 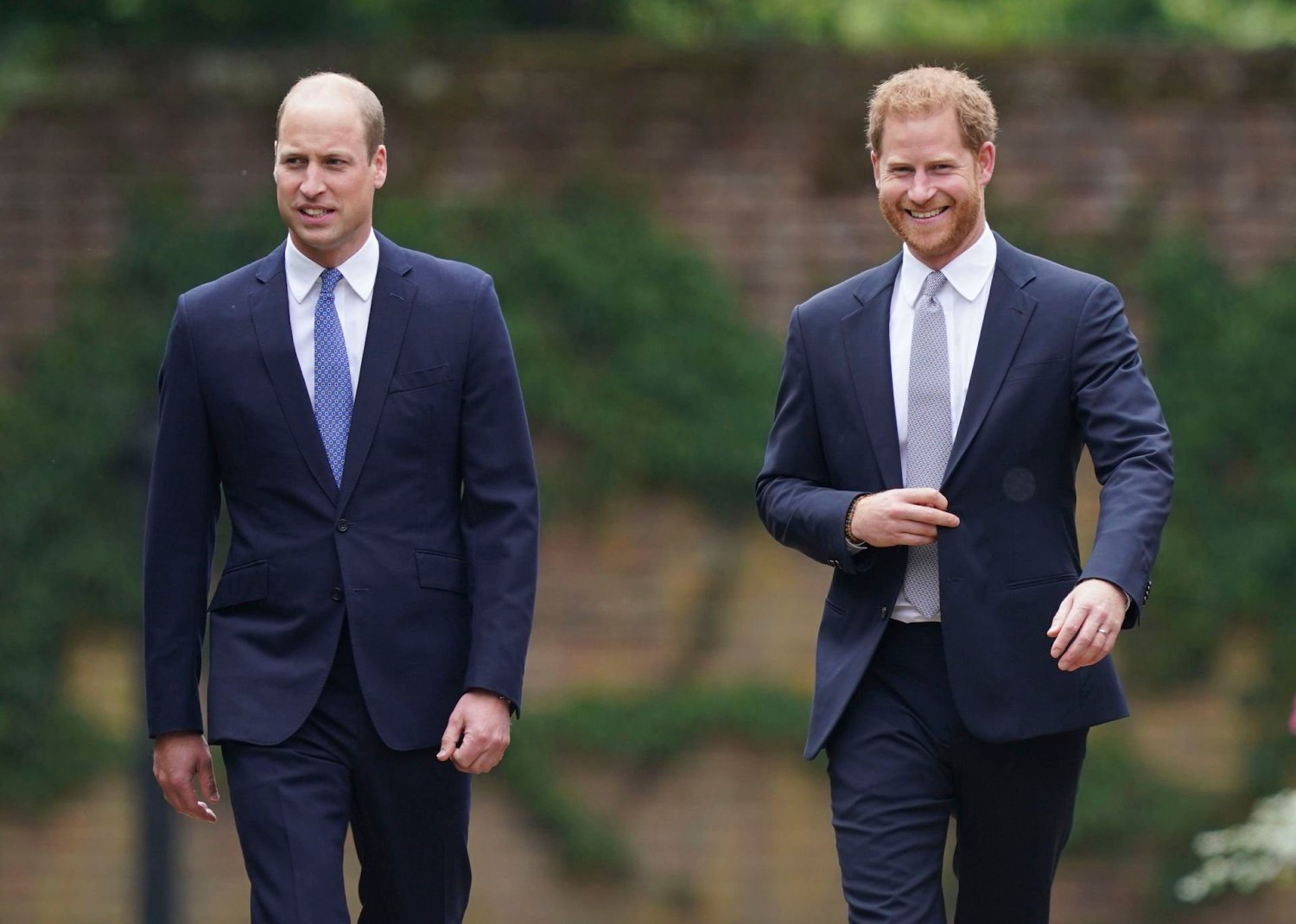 Princess Diana has been dead for about a quarter of a century. With the unveiling of her statue, the brothers will be coming together to show their respect for their mother.

Things got really bad between Prince Harry and Markle after the Oprah interview and their role in The Me You Can't See docuseries.

However, just as with the funeral, Harry will attend the unveiling on his own. Meghan Markle has her hands full, taking care of their infant daughter, Lilibet Diana Mountbatten-Windsor, at their home in Montecito.

Kate Middleton Was Not In Attendance 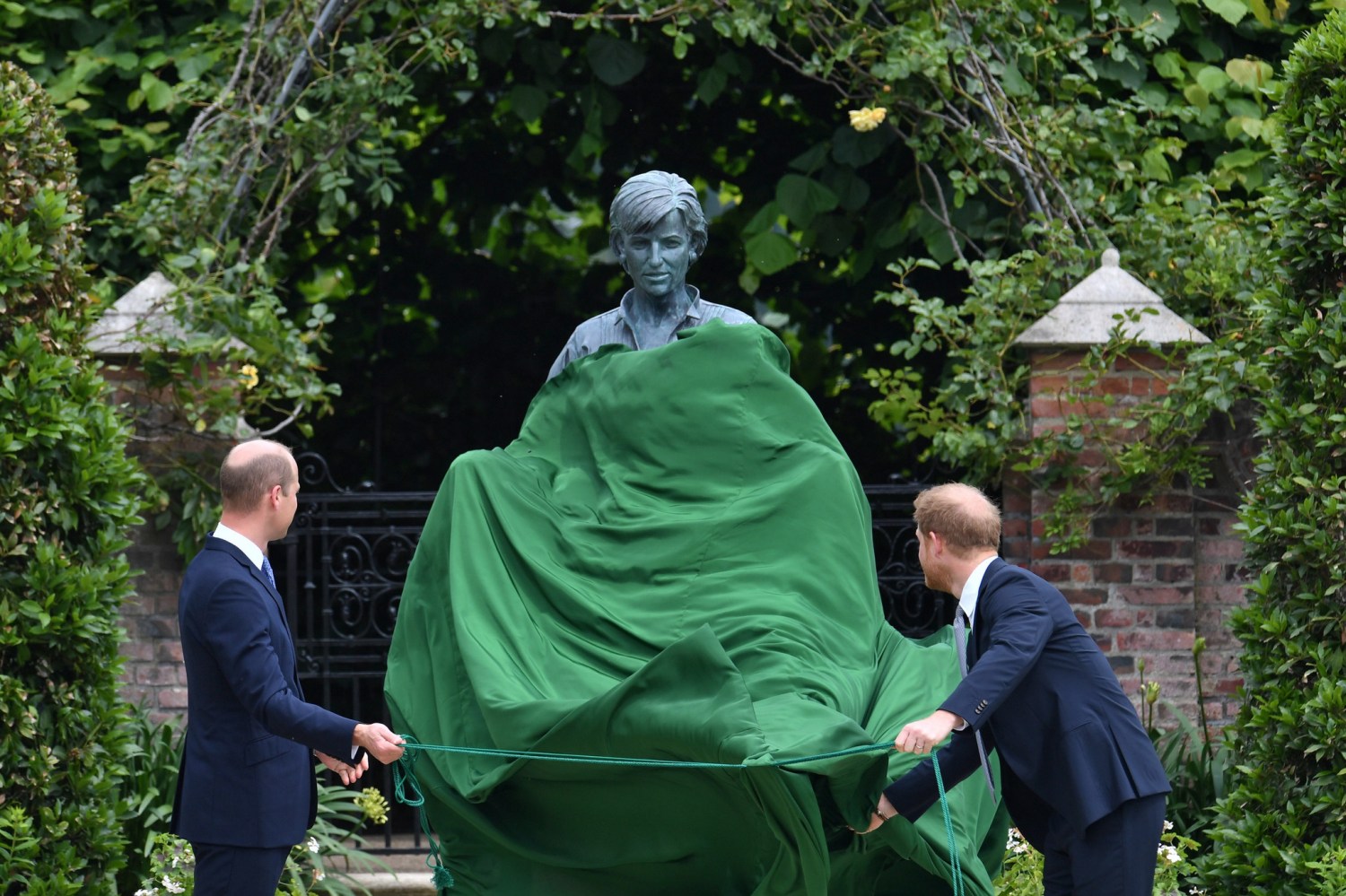 Media reports also claimed that Harry had no intention of meeting up with his brother Prince William, or his father, Prince Charles, after getting to the UK from the United States. In any case, after his arrival, he would have to be in quarantine for five days.

Prince Charles would still be on his trip to Scotland even after Harry completes the quarantine.

So far, Harry and William have been chatting through texts. Thanks to the history-making win England enjoyed against their German rivals, the brothers have managed to get past some of their differences and chat once more.

This was the first time the UK has won against Germany in a knock-out world cup game in over half a century, and that was a big enough achievement to get the brothers to start texting each other again.

Relationship Between The Brothers Still Not Perfect 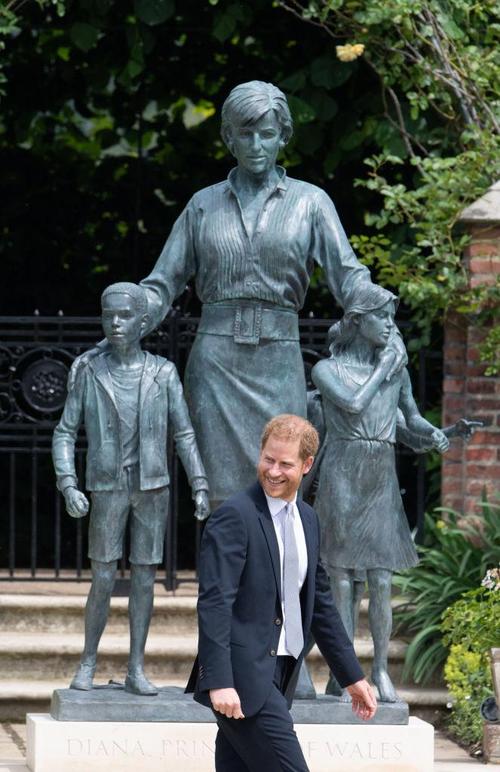 That said, things are not absolutely perfect between the two. The media reported that there was nothing but a minimal exchange of text messages between the brothers.

Therefore, it's not like Harry and William are having deep and personal talks. The relationship between them is still not as it once was before the public fall out.

In fact, there is no clear sign that things between the pair will get back to normal in the near future.

Apparently, "the boys will walk out together out of respect for their mom." According to a royal expert, Penny Juror, the reunion will likely get "very awkward," and the brothers will be forced to "put on a show because cameras will be there."

He also pointed out that none of the brothers is particularly great at hiding their emotions. In other words, if there is still tension between the two, it will be evident.

Will The Apparent Unity Between Prince William And Harry Last For Long? 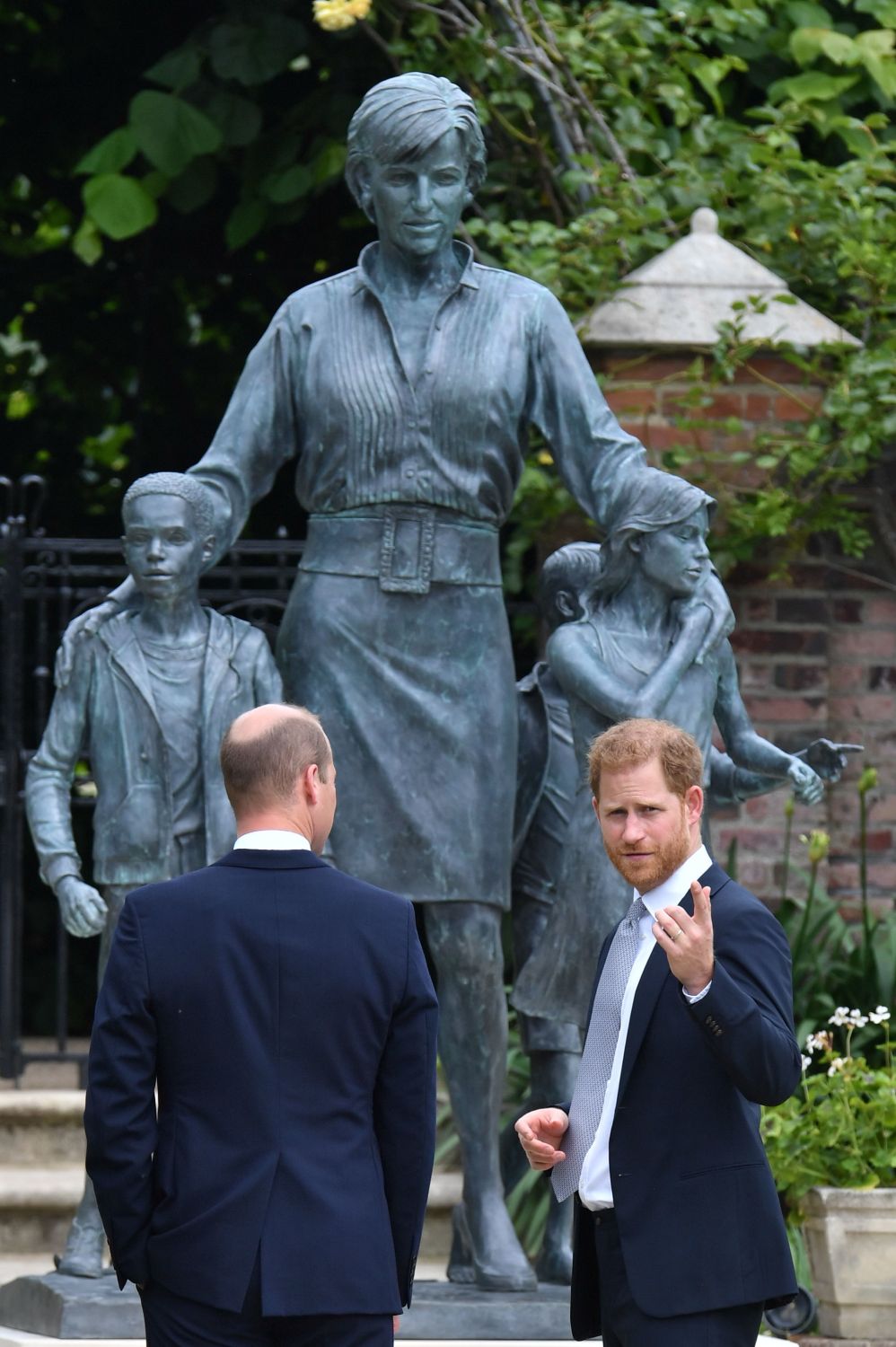 Based on other media reports, the brothers have allegedly decided to have a temporary truce for the sake of their mother's special moment. Therefore, whatever will be seen between them will be "choreographed" to demonstrate unity between the two princes.

Granted, peace between the estranged royal couple and the rest of the family is still possible, thanks to other family members' efforts. For instance, The Queen has apparently offered Harry and Meghan a chance to heal their relationship with the rest of the royal family by inviting them to her Platinum Jubilee.

Already, the brothers have been pictured together in front of the statue. They seem to be getting along.

Diana's official statue is located at Sunken Garden at Kensington Palace. Apparently, this was the Princess of Wales' favorite spot at the palace.

For Harry, the spot is extra special in that this was the place he proposed to Meghan Markle in November 2017. 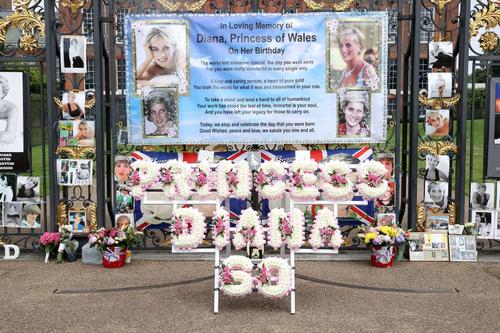 The sculpture is the work of Ian Rank-Broadly, who has been highly praised for his work. He even worked for the British coinage and produced pieces featured at the British Museum and London's National Portrait Gallery.

Some of Ian's work can be found at St Paul's Cathedral, the place where Prince Charles Married Diana in 1981. 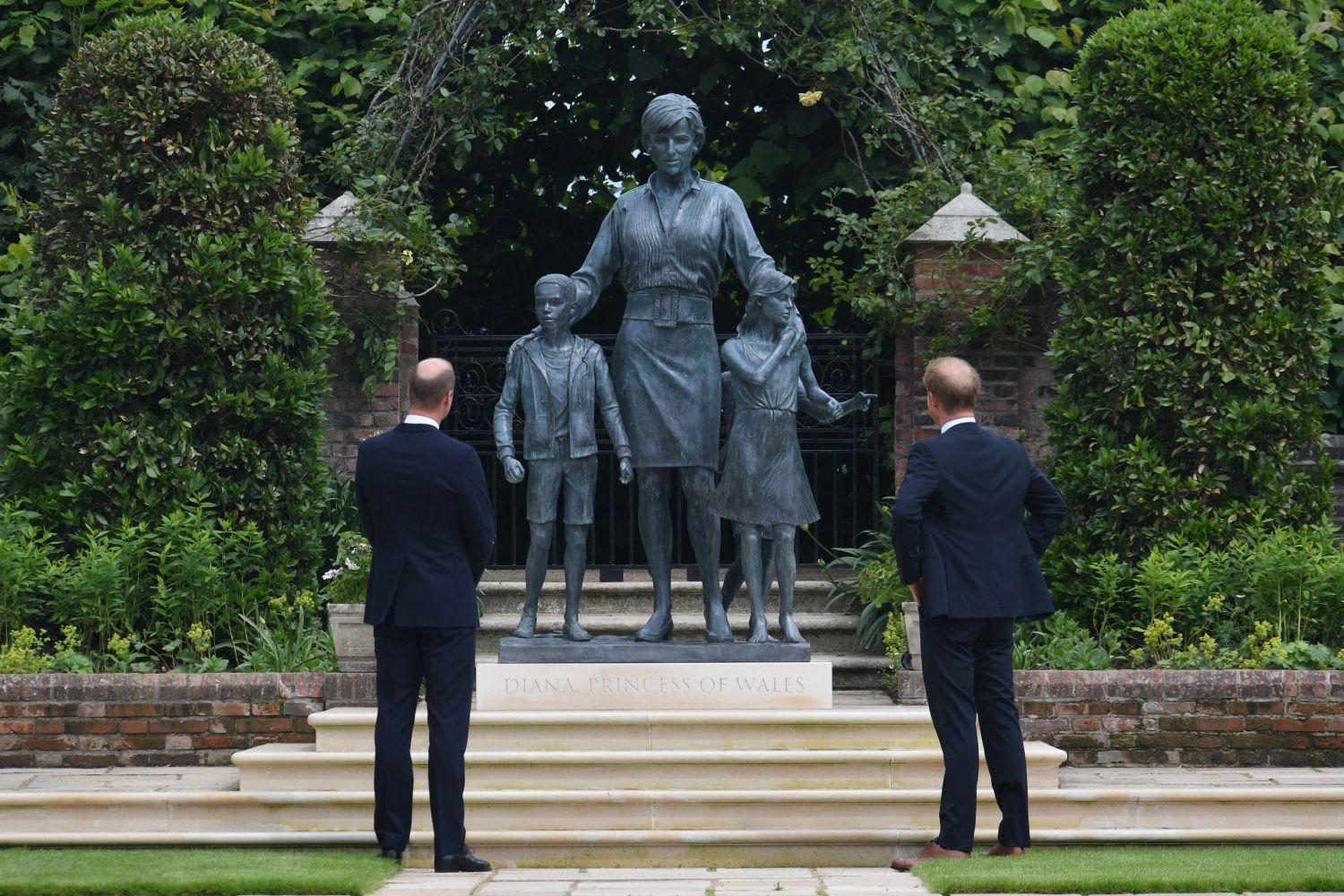 So, what do you think about the statue and what it means for Prince Harry and Prince William? Could this event help mend the broken relationship between the brothers?