The 22-year-old pregnant Missouri mom who went missing on Thanksgiving eve was found dead in the woods.

The young mom, Amethyst Killian, was reported missing by her family on Thanksgiving Day around 8 p.m.

This was after her family became worried when she didn't return home from a trip to the gas station earlier that morning,

On the following day, however, police responded to a call in a wooded area where they found some of her personal items. They found her body close by.

Investigators didn't indicate how Killian died but ruled her death as a homicide.

Killian was 5 months pregnant with her third child at the time of her death.

She was also a mom of a 6-year-old girl, Marley, and an 11-month-old boy, Hendrix. And by all accounts, she was a devoted and loving parent.

Killian lived with her mother, stepfather, her two children and boyfriend, police said. 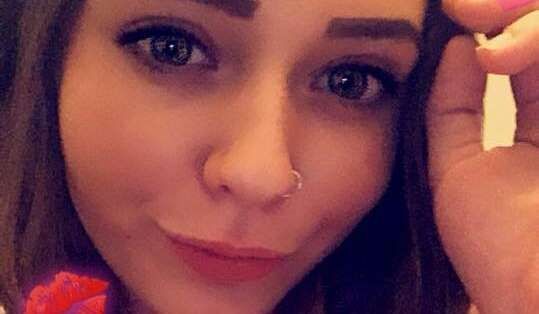 "She was a sweetheart and just a really nice person. I just can't believe what's happened… I pray for the whole family. It's horrible."

Killian's cousin later set up a fundraiser to help the family deal with the aftermath of the death.

"Her mom can't afford a funeral, so any help is greatly appreciated,"

"Plus, I would like to raise enough to help in supporting her kids. Marley, age 6, is a smart, talented, amazing little girl who will now have to grow up without her mommy."

"And Hendrix, age 11 months, is a handsome, smart, loving little boy who will never get the chance to know his mommy."

"Ame was 5 months pregnant, so not only do we have the loss of my cousin but also we lost a soon-to-be addition to our family."

A week after Killian's tragic homicide, police identified a suspect, Damion Delgado, and charged him.

As per police reports, Delgado and Killian agreed to meet in person after communicating through the Text Now app.

Evidence at the crime scene, surveillance video from a gas station, and records from the Text Now app helped police identify Degaldo as the suspect.

Prosecutors said they don't know what happened when the two met in person, resulting in the 'very violent killing.'

When detectives showed up with a search warrant at Delgado's home, they learned he had attempted suicide the previous day. He had cut his arms on the front porch of his house.

Detectives then compared his DNA to that at the crime scene and on the murder weapon. The DNAs both matched.

The second-degree murder pertains to the unborn child Killian was carrying at the time of her death.

Delgado is in custody on a $1 million bond.