Pompeii's graffiti is a unique window to the lives of ancient Romans. The eruption of Vesuvius in 79 A.D that killed many of its habitats also preserved the art on the walls, and among are some rather raunchy displays.

The ancient city was once an epicenter of activity and life. The cataclysmic eruption of the volcano Mount Vesuvius on August 24, 79 A.D., froze the city in time.

Rediscovering Pompeii and its graffiti was a gradual process, leaving many archaeologists wondering whether they had the dates wrong.

Only two-thirds or 44 hectares of ancient Pompeii have been excavated. The rest will have to wait since the main priority is reexamining the already discovered areas with new technologies.

The Pompeii Was Full Of Grafitti 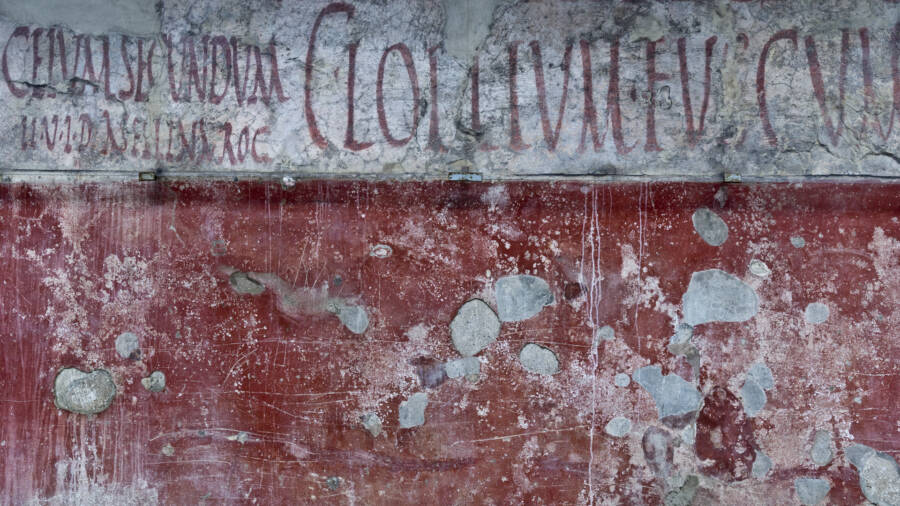 Pompeii was somewhat independent of Rome, allowing its citizens to enjoy more freedoms when expressing their thoughts on the walls.

The oldest known graffiti at Pompeii also happens to be among the simplest: "Gaius was here." It came with a timestamp which historians have dated to October 3, 78 B.C.

Much of the messages on the walls, preserved thanks to Vesuvio's ashes, sound like today's tweets, while suggestive images are too raunchy for today's Instagram, for example. 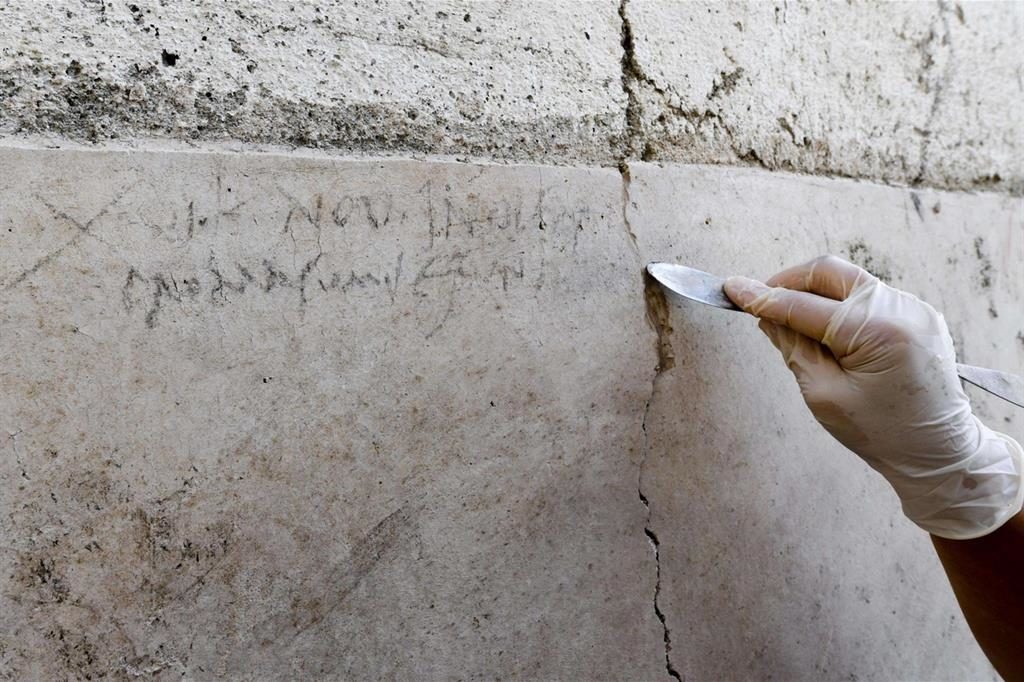 One graffiti was a declaration of love:

"Health to you, Victoria, and wherever you are may you sneeze sweetly."

And another was a rather nasty insult:

"Sanius to Cornelius: Go hang yourself!"

Someone decided to pay tributes to their loved one on the wall:

"Pyrrhus to his chum Chias: I'm sorry to hear you are dead, and so, goodbye!"

Others included thoughts on politicians, political campaign messages, ads for Gladiator games, and even today's version of lost and found.

"Vote for Helvius Sabinus as aedile [magistrate], a good man, worthy of office."

This is another inscription that, though ancient, it might as well be written yesterday. 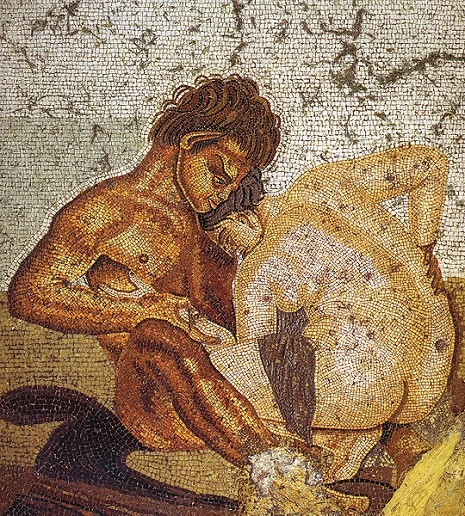 The juiciest Pompeii drawings were found in the city's brothel. Much of the two-story brother is well preserved, with frescos showing us what it had to offer.

The largest of Pompeii's legalized Lupanars is the only surviving "purpose-built" brothel from ancient Rome. The excavation started in 1862, and we learned that it offered services of men and women, and the paintings on the wall would make any of us blush.

One woman claimed her status as "Murtis Felatris," or Murtis, Queen Felator. By cleverly using a masculine verb for what ancient Romans considered a feminine act, Murtis subtly rewrote her role in ancient society. 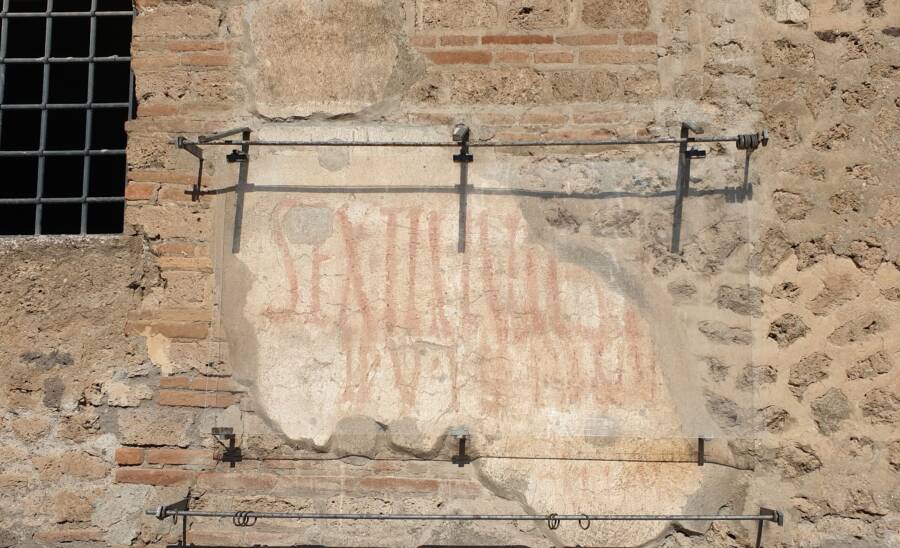 Others were witty, dirty, such as :

Some confirmed names of the prostitutes:

The remains from Pompeii show that the ancient Romans were not just raunchy. They were also quite advanced since, in most countries today, prostitution is illegal. 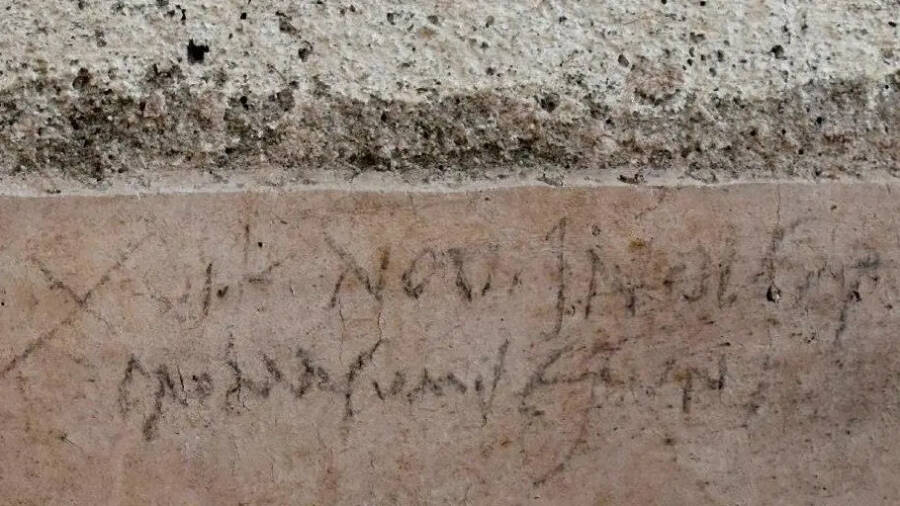 Excavations in the Pompeii Regio V area in 2018 had historians and archeologists re-question everything they found in the last 200+ years.

Roughly translated, it says, "he over-indulged in food."

But, under this statement was a date: "XVI K Nov," which refers to the 16th day before the first of November, or October 17.

For hundreds of years, people were taught that Vesuvio's eruption happened in August. Prior to this graffiti, many believe that something was off with the timeline.

People wore warmer clothes, and there were walnuts, all suggesting that Pompeii's life stopped in the fall, not summer.

"Being charcoal, fragile and evanescent, which could not last long over time, it is more than likely that it is October 79 AD, a week before the great catastrophe that, according to this hypothesis, occurred on 24 October."

It simply means that one week after someone wrote this graffiti, the city ceased to exist.

The Future Of Pompeii 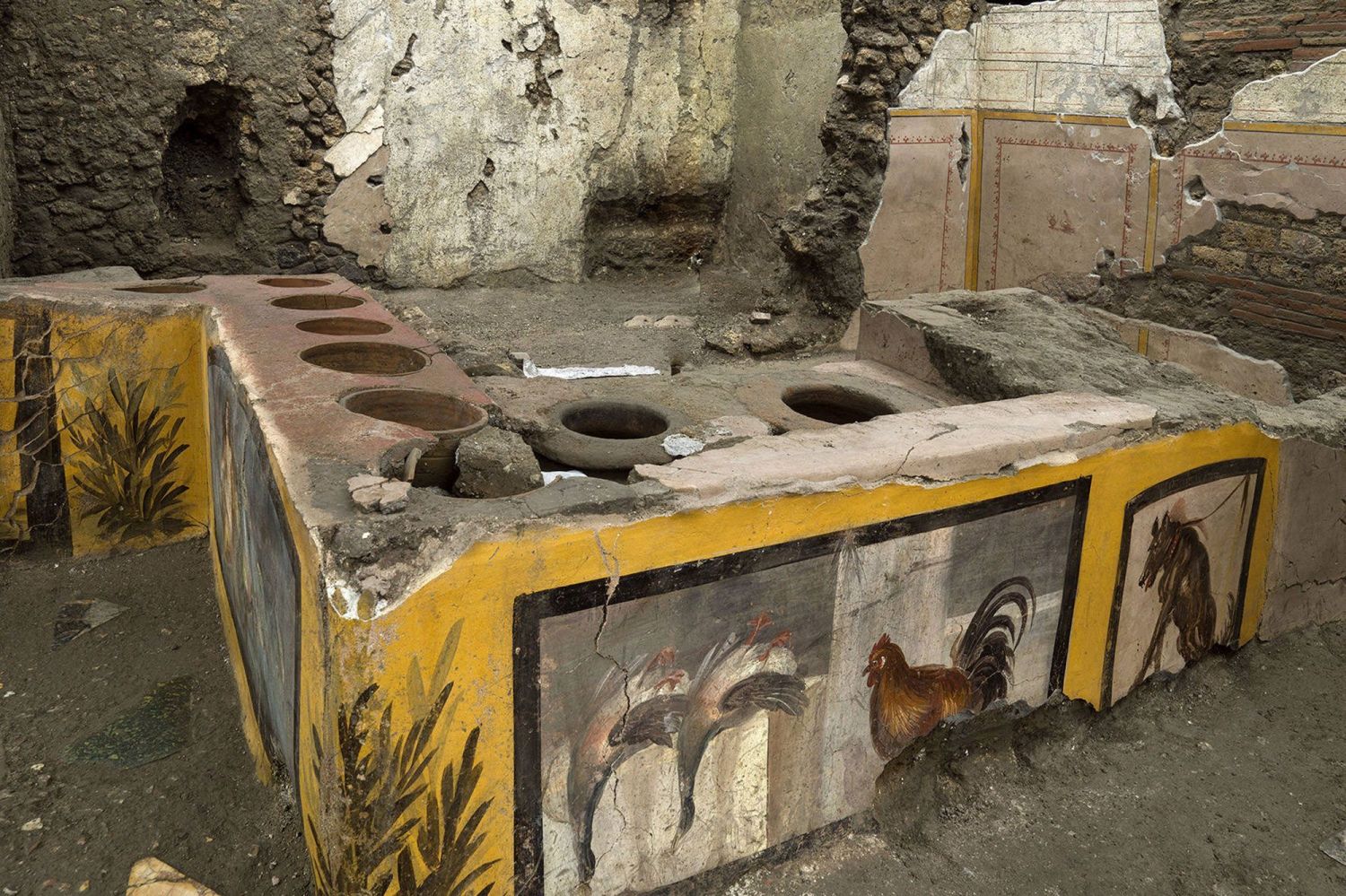 Though the city of Pompeii's tragedy is imaginable, what was left behind is priceless. It will continue to give us glimpses into ordinary people's lives and get us closer to historical accuracy regarding the events in ancient Rome.

The primary focus is on preserving the city while returning to already discovered sites with new technologies.

Tourism is booming, but that is another problem for the ancient city. But the biggest worry is the Vesuvius, once again. Mount Vesuvius is an active volcano, and according to all gathered information, the next eruption will not be pretty.

Fiorella Squillante said that Pompeii is a constantly changing place that will continue to morph, and she feels a close connection to the city:

"Those of us who live it for work, get closer to it with renewed astonishment. We know that although it's a city from the past, we -- and future generations even more -- will live it in the future, too."

The city's walls filled with gossips, 4,000 political posters, colorful jewelry pieces, fast food stands, and fairytale-like House of Orion are just a small portion of the history of Pompeii.