Phil Hartman was a famous comedian due to his captivating appearances on Saturday Night Live and The Simpsons. Today, few things are as shocking as Phil Hartman's murder.

Generally, many comedians tend to have a dark personal life often characterized by self-destructive habits, but Hartman was different. Since he did not have the typical larger-than-life image that depicted stars like John Belushi and Chris Farley, Phil Hartman's murder was one of the most shocking in Hollywood.

That is why Phil Hartman's murder caught many people unawares. The fact that he had no apparent demons he was battling made his death more heartbreaking for his family, friends, and fans.

Hartman died at the hands of his wife. The police said that Phil Hartman's murder resulted from "domestic discord" between him and his wife. 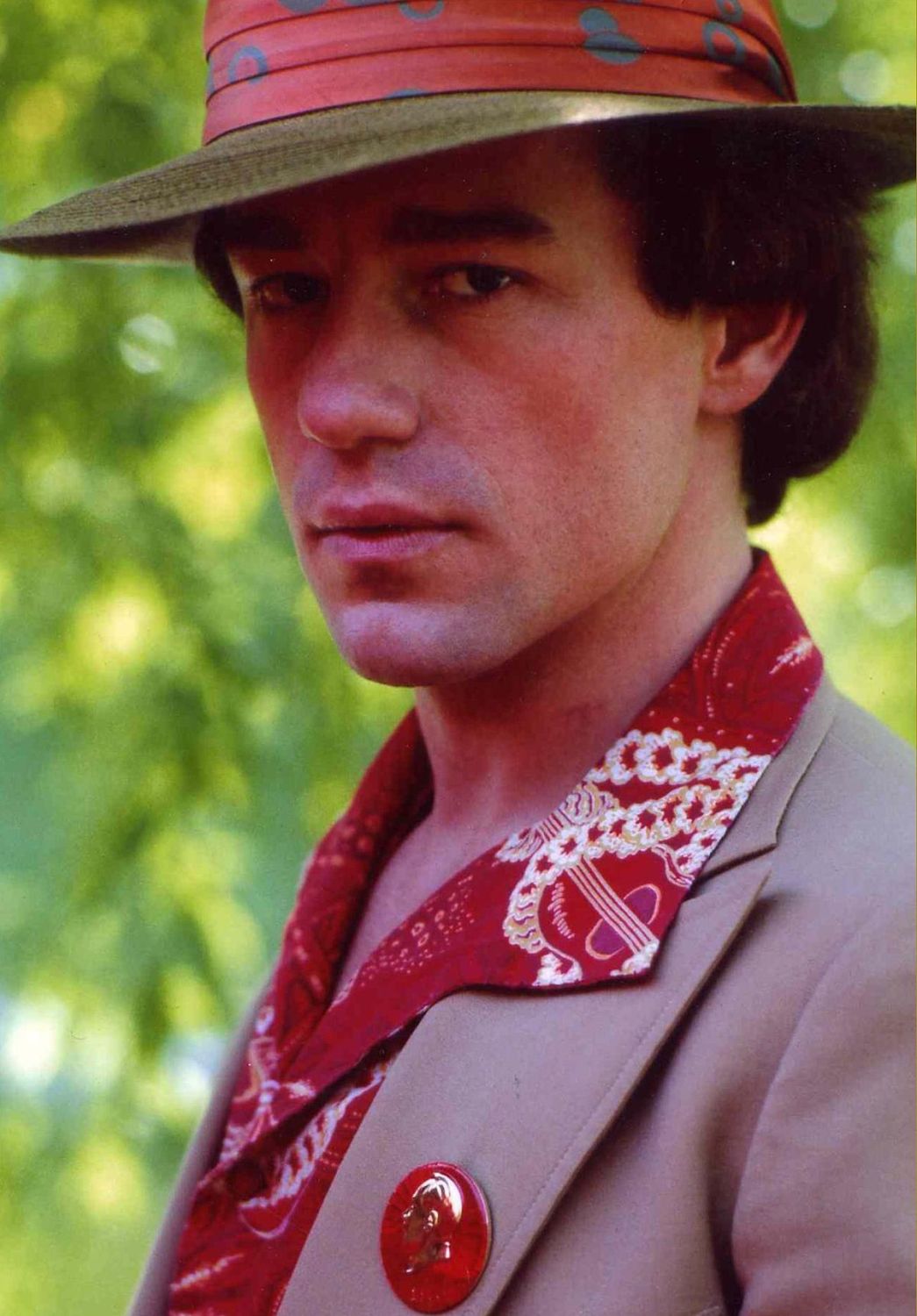 Hartman was born in Ontario, Canada, in 1948 to a devout Catholic family. He was the fourth of eight siblings, and he hardly got his parents' attention.

He credited this with his motivation to seek love and attention from other places. That is why he gravitated towards acting even after his family moved to the United States.

In the end, he opened a graphic design company, which turned out to be a huge success. He created several album covers and logos.

While working at his company, he found out that he had a funny side, and in 1975, he started attending comedy classes with a group known as The Groundlings. He had a natural talent for wit, and he was described as being "instantly good" at it.

He was dependable, and The Groundlings considered him a tremendous asset because he could do any voice, play whatever character he was given, and change his face even without makeup.

Hartman was also quite charismatic. Nevertheless, despite his electrifying performances in front of cameras, his personal life was relatively low-key.

His second wife, Lisa Jarvis, felt that he was two different people. According to her, he was both an entertainer and a recluse.

His biographer noted that his relationships would start with an intensity only to slow down and die out as time went by because he usually had an "artist's eye" that always focused on the new and the fresh. 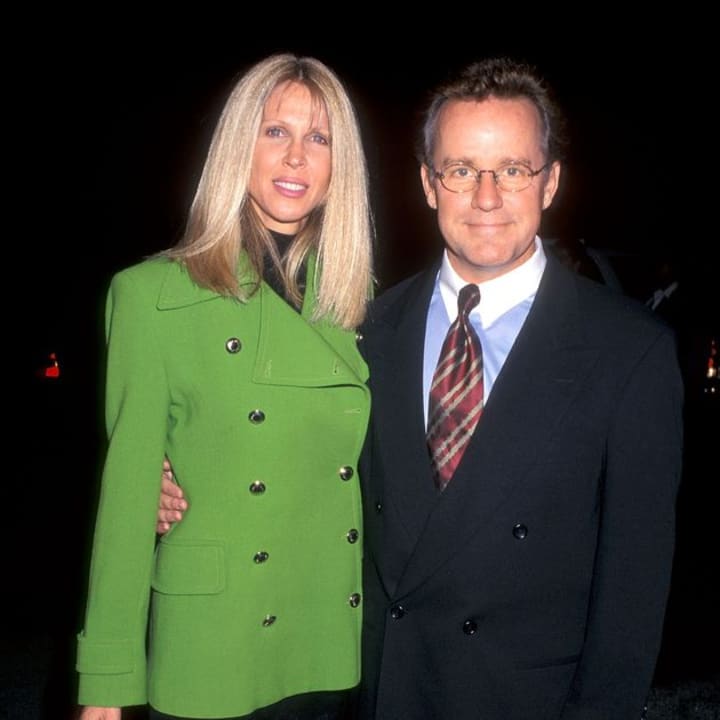 Hartman's rise to fame was almost guaranteed with his talent and charisma. He also had minor roles in films over time.

In 1985, he met Brynn Omdahl, who would later become his wife and killer. Nobody would have guessed she would be Phil Hartman's murderer.

The two met at a party, and Omdahl, despite her history of drug and alcohol use, was sober when they met.

According to those closest to him, Hartman was quite vulnerable at the time as he was still reeling from the collapse of his second marriage. His career had also stalled.

Omdahl came at an opportune moment as she was a gorgeous blonde who helped Hartman feel self-confident once more. She had moved to Los Angeles to pursue modeling and acting, and it was during her pursuit of success that she became a cocaine addict.

Still, their relationship was not exactly a great one. After the initial excitement, Hartman became emotionally withdrawn, and the relationship got strained.

This problem is believed to have caused the failure of his previous marriages. Brynn struggled with identity issues, and she was insecure and was trying to be the "perfect wife" to a Hollywood actor.

It is believed her insecurity stemmed from her inability to launch a successful acting career, even with Hartman's help. Otherwise, Hartman kept working at his craft, and in 1986, he landed a role as a writer and a performer in Saturday Night Live, which would be the most famous role of his life.

While on SNL, Hartman came up with some of the most memorable characters and impressions. He portrayed an abrasive Frank Sinatra and the silly Unfrozen Caveman Lawyer.

He made it fun for his audiences to enjoy seedy and egotistical characters.

In 1990, he started appearing in The Simpsons. He took on the roles of Lionel Hutz, a questionable lawyer, Troy McClure, a barely famous Hollywood actor, and Lyle Lanley, a charmer and a conman.

Hartman left Saturday Night Live in 1994, and the show had changed substantially by then. New cast members had come onboard, including Adam Sandler and Chris Farley.

After leaving the show, he went back to California with his wife and two kids and focused on NewsRadio, a comedy show. In the ensemble, he took on the role of a smug but lovable radio announcer, Bill McNeal.

The show was quite a success, and it had five seasons. Due to Phil Hartman's murder, the show changed considerably during its fifth season since he died in its fourth season. 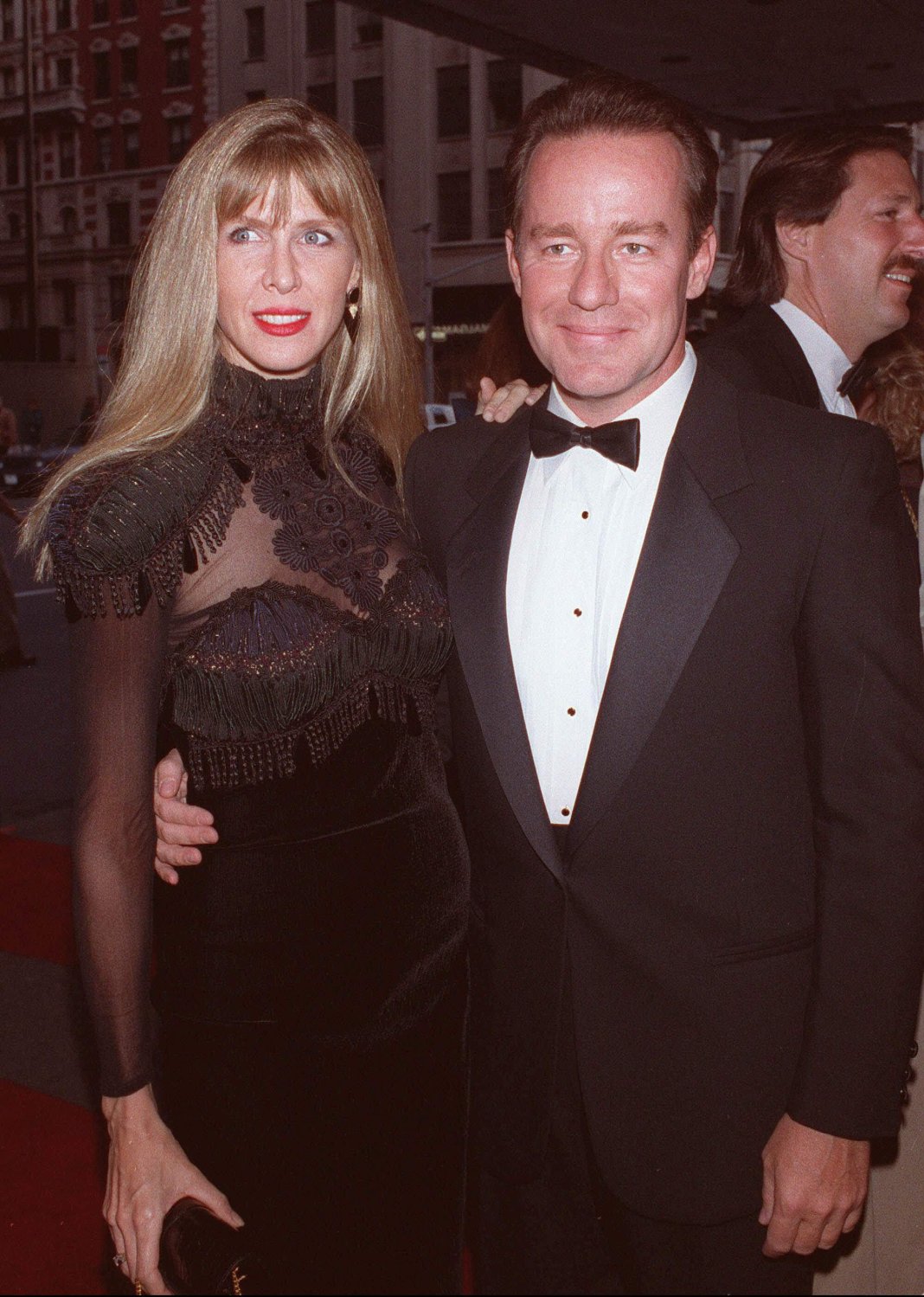 While Hartman was in California, Brynn Omdahl started returning to her old ways. She started abusing drugs, and the couple often got into fights.

Omdahl went as far as threatening his friends and family members, and they started to dread her presence.

Hartman missed all these red flags even as they began dating. A friend, Cassandra Peterson, told him, "Oh god, no!" when he informed her that he was planning on proposing to Omdahl.

After that, they did not talk for two years, and Peterson remembered it as the first and last time she had ever seen Hartman angry.

On his part, Hartman believed that she had these angry outbursts as a way to get attention. A friend also remembered him saying that he had to restrain her regularly after losing her temper.

When his second wife, who was still a good friend of Hartman's, sent him and Omdahl a congratulatory card after their son was born, Omdahl responded with death threats.

The relationship started getting worse in the late 1990s. His wife's substance abuse did not make the situation any better. She also grew increasingly unstable, and they would fight every day before they slept.

Things got so out of hand that Hartman often feigned being asleep to avoid confrontations with his wife. 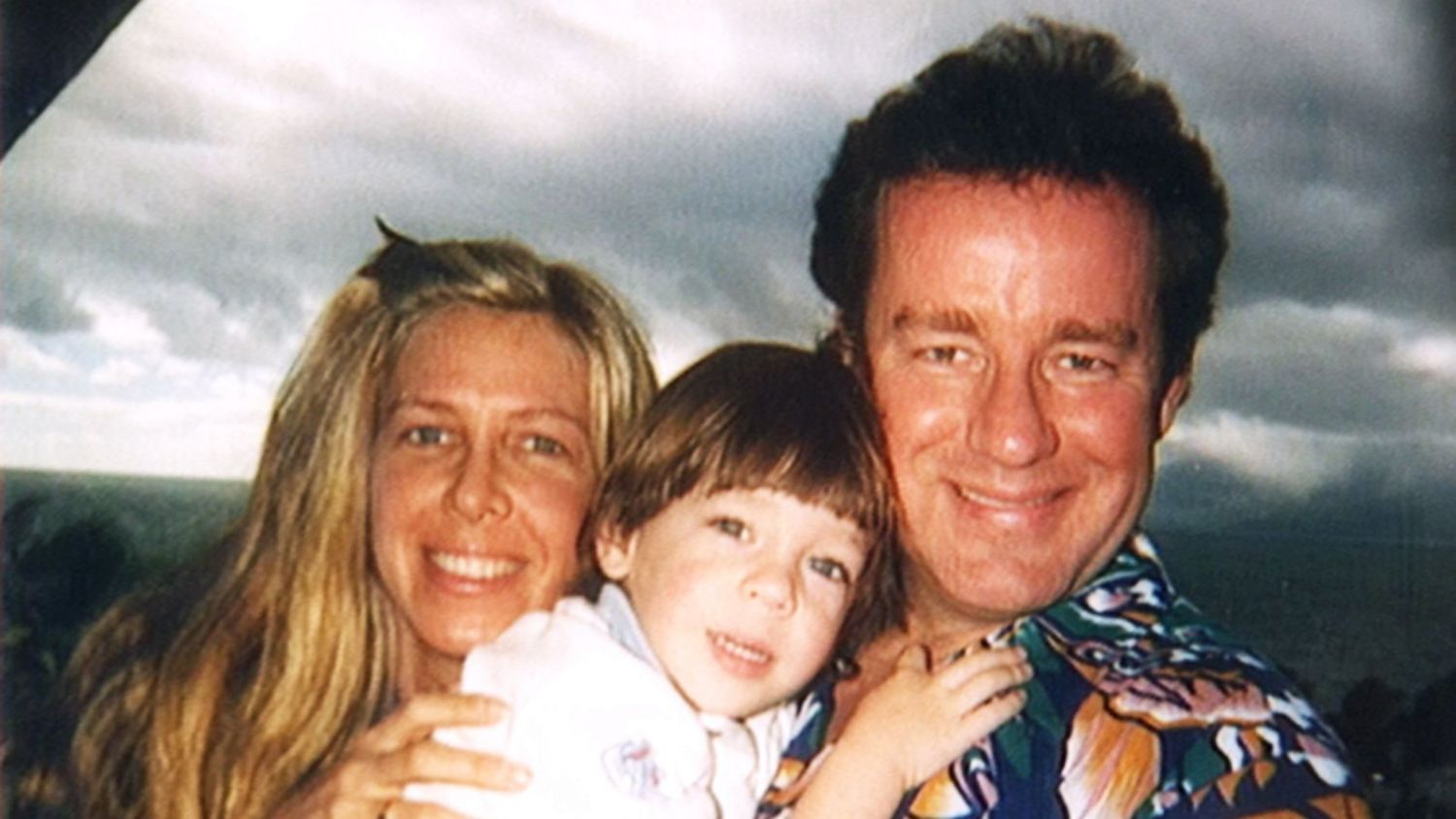 Both Hartman and his wife kept guns at the house. A friend said after their deaths that she had gotten them because she felt unsafe in their home. Phil worked long hours, leaving her alone with the kids.

Phil Hartman's murder took place on May 28, 1998. Brynn had been in and out of rehab several times by this point.

On the night before Phil Hartman's murder, Brynn had gone out to dinner with a friend, and when she got home, she got into an argument with Hartman. He was mad that she had hit their daughter while intoxicated and threatened to leave her if the incident was repeated.

The fight got intense, and Hartman retreated into their bedroom.

Before 3 am, his wife took a gun and shot him between the eyes, in the throat, and the chest. When she committed Phil Hartman's murder, she was high on cocaine. 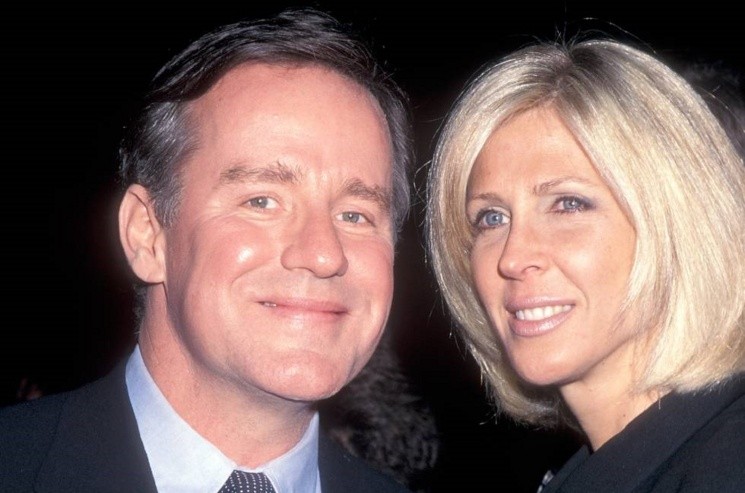 After committing Phil Hartman's murder, Brynn drank more liquor before calling her friend Ron Douglas. He suggested that she go back to sleep after telling him that Hartman was out of the house, but she rejected the idea.

She then took off to visit Ron Douglas. She confessed to what she had done, and Douglas did not initially think she was telling the truth due to her famous outbursts and dramatic reactions.

She was also puking several times and kept saying she had killed Hartman. Brynn went as far as showing Douglas the gun she had used to commit Phil Hartman's murder.

Nonetheless, the two drove back to their home after she sobered up. They found Hartman dead on their bed, and Douglas called 911.

When the police arrived, they quickly removed their kids, Sean and Birgen, aged 9 and 6 at the time, from the house. Brynn had locked herself in the bedroom, where she took her own life using the gun she had used to commit Phil Hartman's murder.

She shot herself as the police banged on her door. Moments before she killed herself, she was on the phone with her sister, but she hung up before taking her life.

She shot herself in the right eye.

It was widely believed that her anger management issues were the reason things got so out of hand. The fact that she had started using drugs again five months before the murder after ten years of sobriety also played a role in the tragic outcome.

Andy Dick, a comedian, had reintroduced her to cocaine. Due to this, Andy Dick has been indirectly linked to Phil Hartman's murder because Brynn was under the influence of the drug when she killed her husband.

After Hartman and his wife's deaths, their family members took in their children. Tributes also started to flow, with The Simpsons canceling their rehearsals upon getting news about Phil Hartman's murder.

His NewsRadio character was said to have suffered a heart attack, and during the show's fifth season, his friend Jon Lovitz took his role. 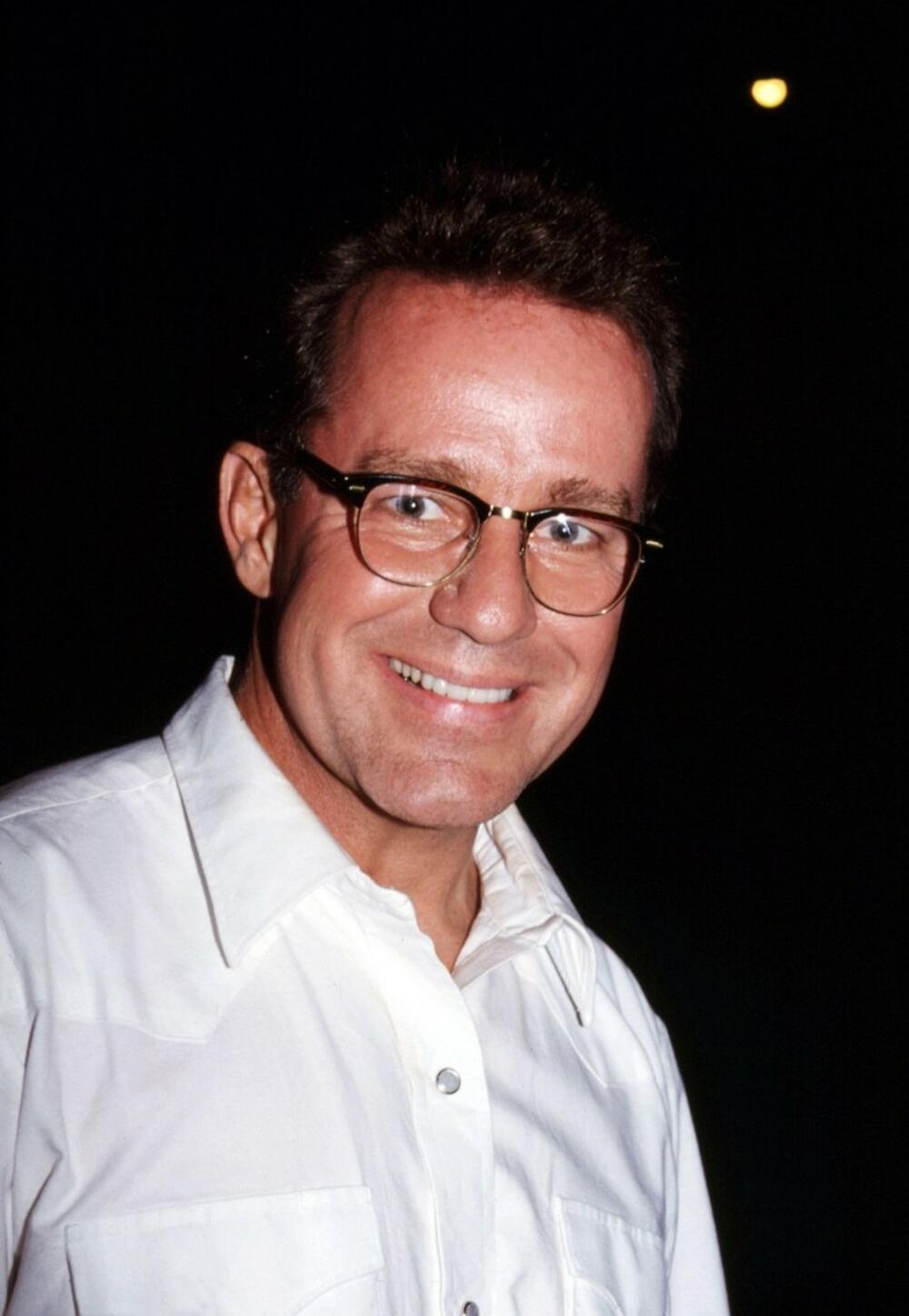 Phil Hartman's murder happened when he was 49, and his wife was 41. After his death, fellow industry heavyweights recalled his tremendous contributions to the industry.

Don Ohlmeyer, NBC executive, said that he was a man of "tremendous warmth, a true professional and a loyal friend."

He also gained a reputation as one of the most outstanding performers on Saturday Night Live. Nevertheless, people could not help but realize that he had suffered the same fate as other legends who had died prematurely.

They include Chris Farley, John Belushi, and Gilda Radner. Hartman had won a joint Emmy Award for his contributions as a writer on Saturday Night Live.

Small Soldiers, a movie he featured in, was released after his death. Phil Hartman was posthumously inducted into the Hollywood Walk of Fame in 2014.

To this day, people have not forgotten Phil Hartman's murder, mostly because he was a man whose laid-back life did not suggest he would meet such a brutal end.