People are suggesting that The Simpsons animated film has predicted yet another massive event relating to the pandemic.

Many fans are even likening new tier restrictions in the UK to The Simpsons' glass dome.

The film shows president Arnold Schwarzenegger ordering the placing of a massive dome around the town of Springfield. The move was to protect both the town and the people in it from a burst of toxic pollution.

And thanks to its timing when it was shown on Film 4 channel, people couldn't help but compare lockdown restrictions and the dome that covers the fictional American town. 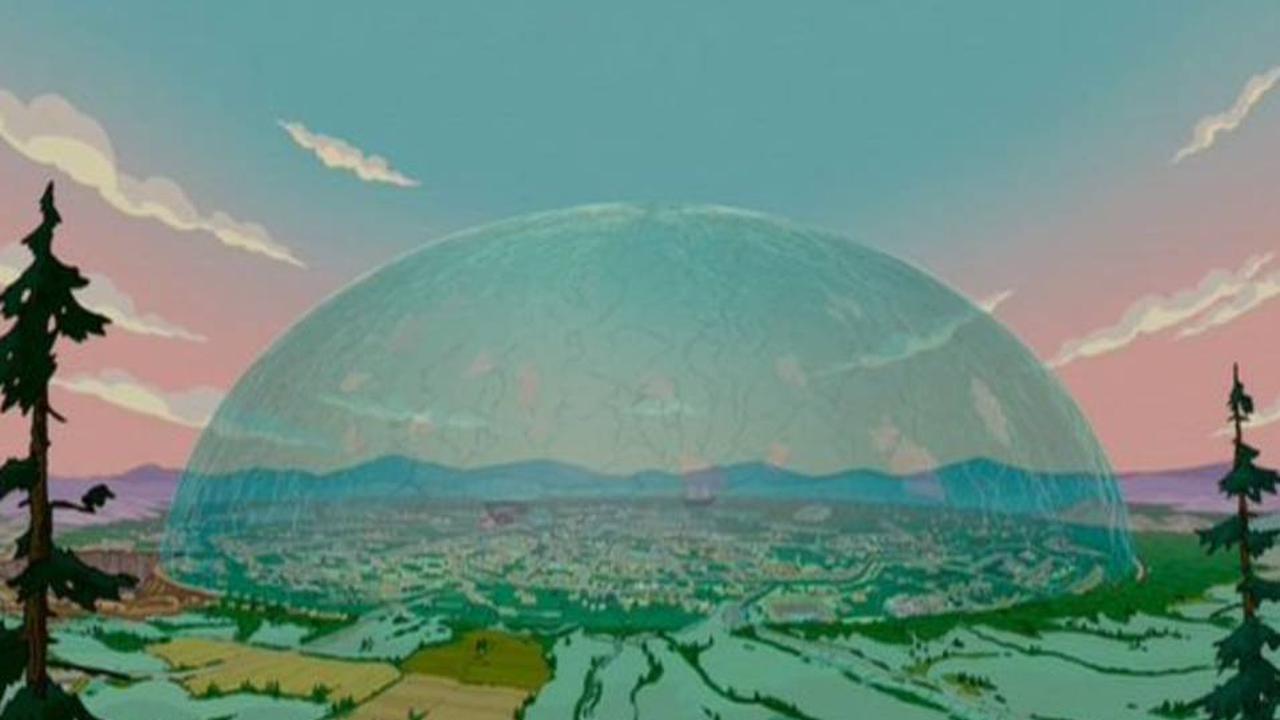 And although it's unlikely the UK will be placed under a gigantic glass dome anytime soon, one could argue that an invisible border has been separating people throughout the entirety of the pandemic.

As always, Twitter Users Took to the Internet to Voice Their Surprising Find

We're going to be placed in the dome from The Simpsons movie next! #Kent #tier4 pic.twitter.com/Fu7BcCFU42

Film 4 putting the Simpsons movie on the same day tier 4 gets announced. pic.twitter.com/wD06MYM3P0

Tier 5 is going to be where they put the dome on us right? Like in the simpsons movie?

and when we get to tier 10 and they just put a dome over us like in the simpsons movie pic.twitter.com/UkS9BHdodZ

Never thought The Simpsons Movie contained such an accurate insight into our future but there you go. Here comes tier 4 pic.twitter.com/PXUdlK6zQ5

The Simpsons animated adult comedy has a long history of 'predicting' real-life events.

Of course, this could possibly be because it is the longest-running primetime scripted series ever. Thus, there was a lot of opportunity for coincidence.

Some of The Simpsons' Predictions, However, are Beyond Satire 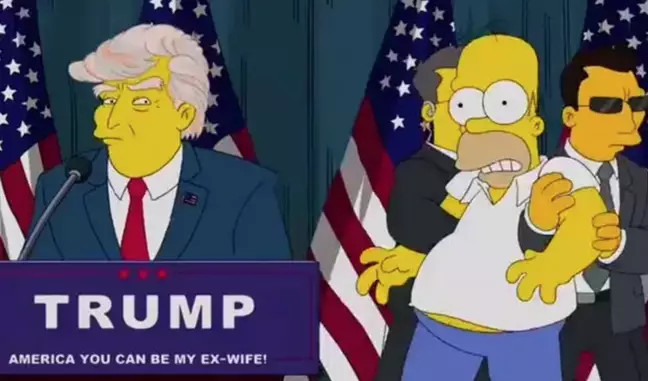 For instance, the show somehow showed Trump winning the US presidential election. That something nobody would have seen coming ten years ago.

In the episode Bart to the Future that aired in March 2000, Lisa is made president.

As she sits in the Oval Office, she quips:

"We've inherited quite a budget crunch from President Trump."

Speaking to The Guardian, Matt Groening explained the episode:

"We predicted that he would be president back in 2000. But [Trump] was, of course, the most absurd placeholder joke name that we could think of at the time, and that's still true. It's beyond satire."

"We did one online piece of animation when Trump announced his candidacy. When he was going down the escalator, we had Homer actually follow him on the escalator. And we went into a fantasy of what was happening inside Trump's hair."

"But we've been trying to figure out how to do more, and it's really hard."

"If by chance he gets elected… I think we'll suddenly be very inspired. Mr. Trump's election, as horrible as it would be, would be great for comedy – as comedians always say …"

Additionally, in 2001, The Simpsons not only predicted Trump would become president but also suggested that his daughter, Ivanka, would follow in his political footsteps.

Years later, during an episode in 2016, creators showed a badge with Trump's daughter's name branded across it for a future election in 2028.

Although Ivanka hasn't yet delved into a political career, who's to say she won't join in the prospect of succeeding her father.