TikToker Weronika (@polish_99) shared a horrifying experience from a flight. She uploaded a video on 20 October, explaining how the back of her head exploded due to the air pressure.

I have really tried to be as concise as possible but I am going to do a part 2 now, I won’t make you wait

Weronika first uploaded a video where she could be seen bruised with a brace around her head.

"POV: you're the flight attendant that I've just had to inform the back of my head exploded from the pressure," she wrote across the video.

In the video's caption, she mentioned that she could not get over "how gross it was".

Still not over how gross it was

♬ Them Changes (Sped Up) - Thundercat

How could this have happened to the poor woman?

Weronika had recently undergone surgery and according to the doctor, she was fit to travel by airplane. However, during the flight, some of her stitches burst open.

People were not late reacting to the video, which soon reached millions of views. Viewers blamed the doctor for giving her permission to fly and others wondered why she had undergone the surgery in the first place. 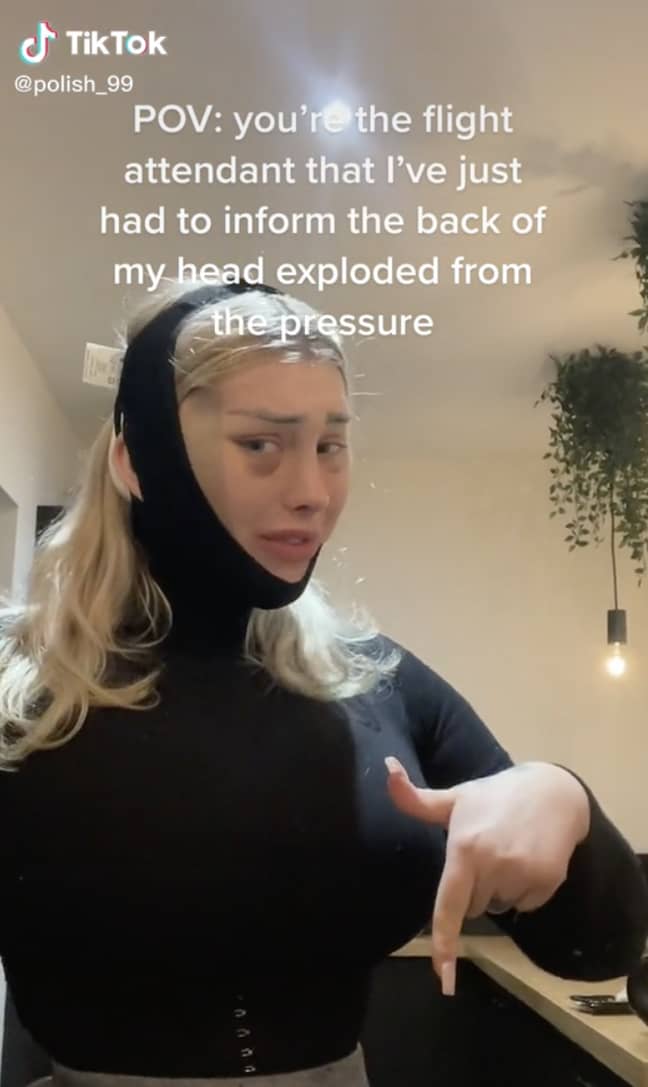 "No one made any mistake, the original surgeon or the airport doctor at the hospital. Everything was fine when I got on the plane," Weronika pointed out, clarifying that no one was to blame.

However, people are not always paying attention to details and the TikToker has now posted a series of explanations to prevent viewers from making further assumptions.

In the first video, she explained that before the flight she had a final consultation with the surgeon who had previously done her BBL procedure.

The meeting took longer than she expected, causing her to be late for the check-up with the doctor who made her "cat eye" surgery.

There was no time to get her fit to fly certificate, however, she received it later at the airport. 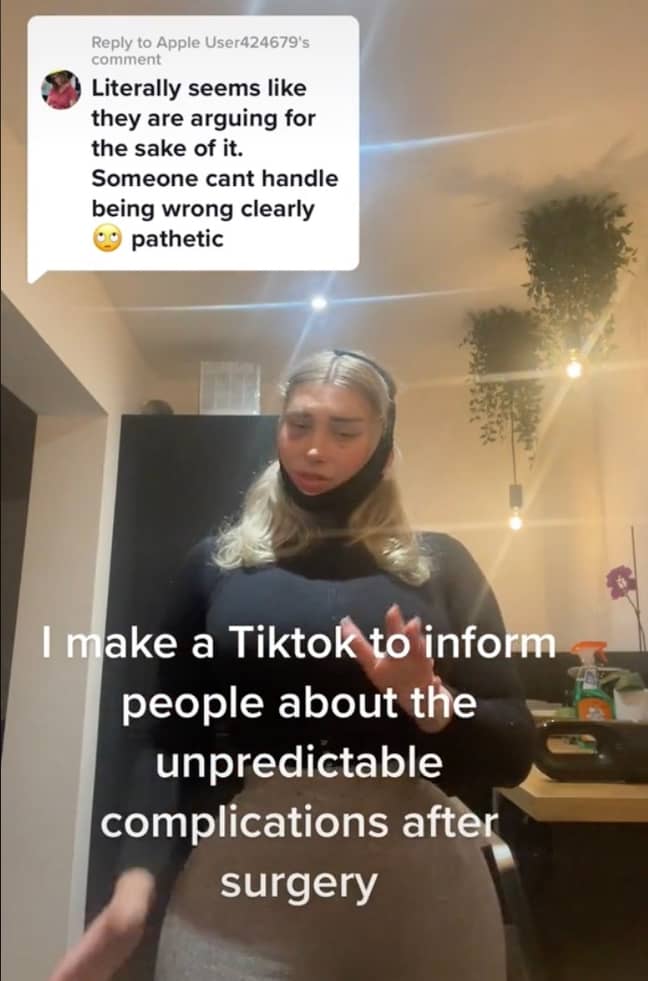 "We were on the plane, everything's chill, we'd gone to sleep because we'd been traveling since 2 am and I wake up and I'm in a lot of pain," she continued the story.

"I can feel pain all around here [behind her left ear] like my actual ear was in pain as well and I was like, 'How is that possible? I can't even feel my ears yet.'"

"Everything was really hurting, I got up, went to the toilet and I heard this audible pop."

She then realized the incision behind her ears had split open.

"Immediately after I felt this hot liquid dripping down my neck and I grabbed some towels and started wiping it up."

"Obviously it was blood but, I don't know if anyone's had lipo, the fluid that comes out of you is like yellowy with blood and bits."

No one wants to experience something like that mid-flight and Weronika was shocked. 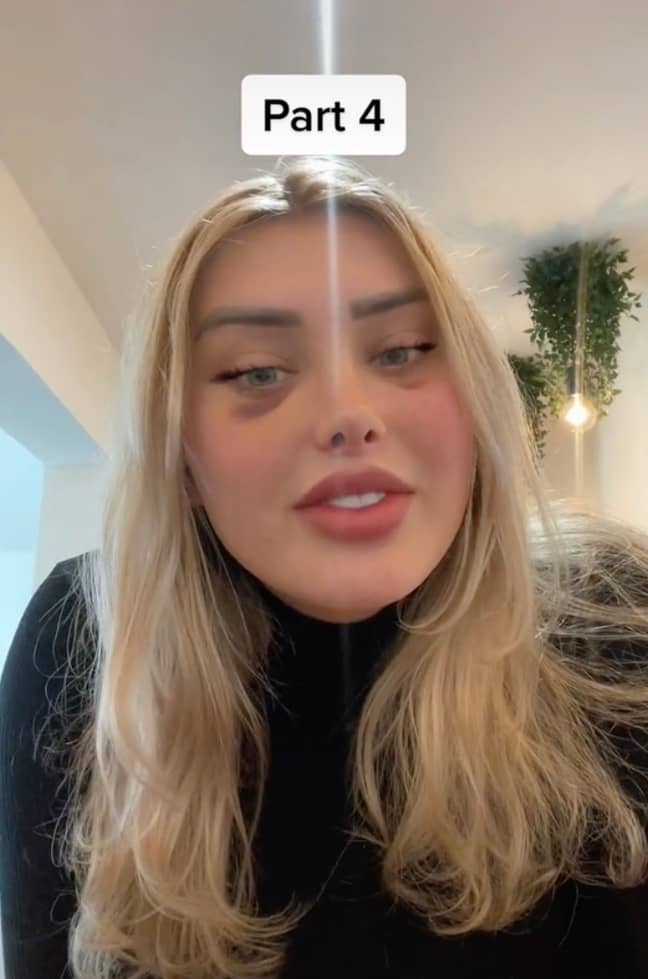 Weronika had a drain in the area that burst. She explained that most fluids had gathered there and in the combination with the swelling and air pressure, the incision burst.

After keeping pressure on the wound until the plane landed, Weronika could finally get the help she needed.

Luckily, she appears to be fine and is healing from the accident.