Lately, we have been bombarded with the news about a large ship getting stuck in the Suez Canal. As you probably already know, this sea vessel has caused a massive and financially devastating traffic jam.

Due to the blockage the ship has caused, hundreds, if not thousands of other ships, have been denied a clear path to their destinations worldwide.

In addition to this being the main news in many parts of the world, the cargo ship incident has also been a huge target for meme-makers and much of the internet.

We have checked throughout the internet and put together a collection of the best jokes about the canal blockage and the seemingly futile effort to dislodge it and set it free. Here they are.

1. It's What A Ship Does When Tired 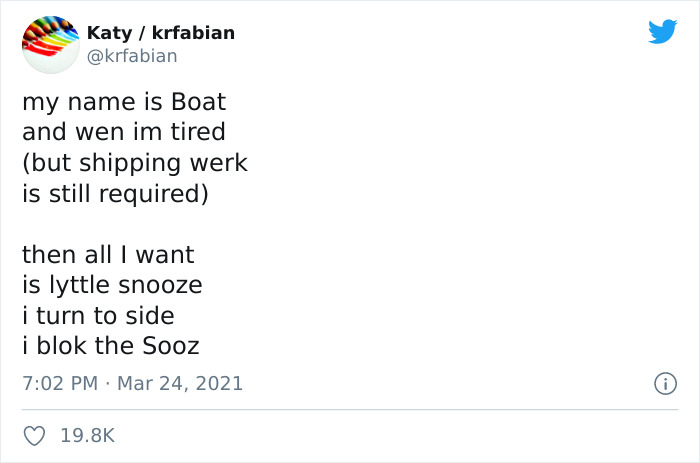 2. Could Be Worth A Shot 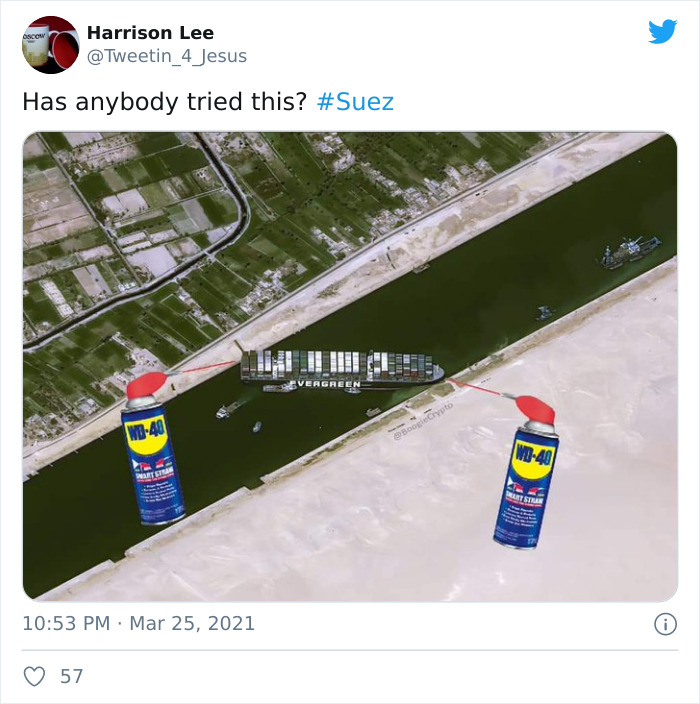 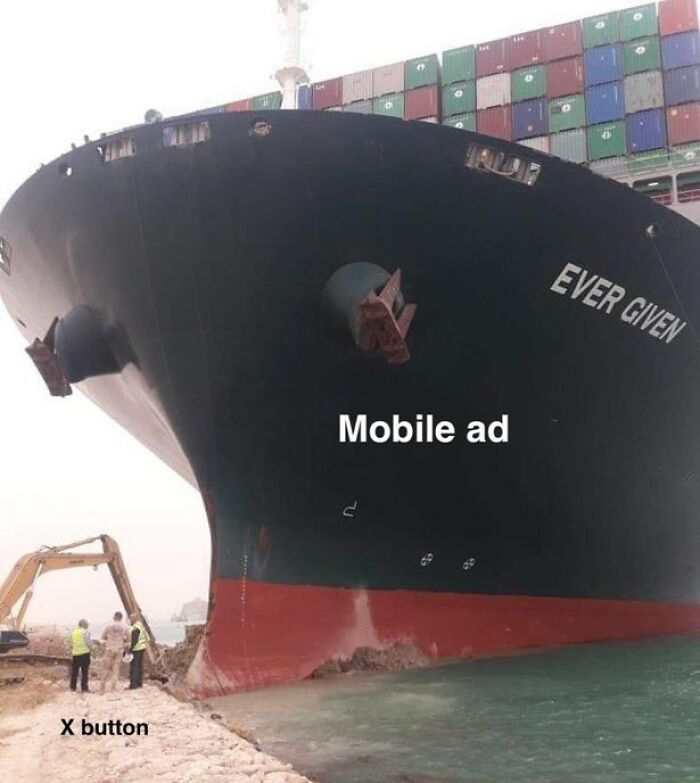 Something You Should Know About The Suez Canal

The Suez Canal is an artificial sea-level waterway that acts as a great shortcut between the Red Sea and the Mediterranean Sea. It is a major route for ships trying to get from Europe to Africa and Asia and vice versa.

The canal is very important.

You can imagine how many ships have been affected in the days the ship has been stuck in the canal. In fact, a lot of Amazon, Ali Express, and many other orders have to be transported through this waterway.

The unfortunate ship is called MV Ever Given (Evergreen). It happens to be one of the largest cargo ships in the world.

4. Something To Make You Feel Better 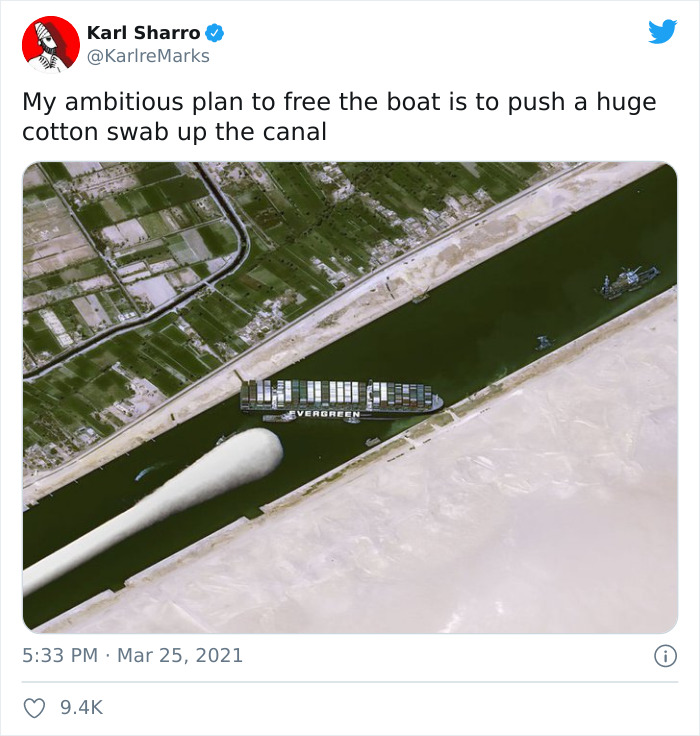 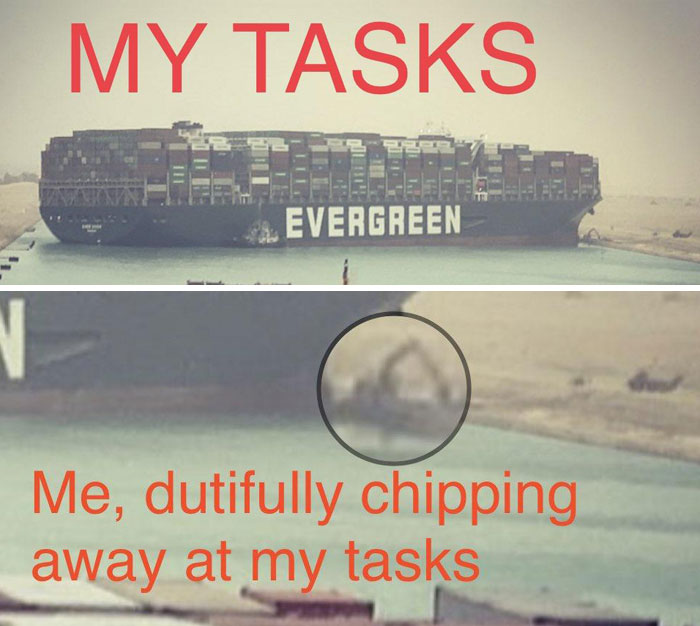 How Did This Happen?

When the ship was passing through the canal, high winds and a large storm hit it, making it lose control. As a result, it was pushed sideways, and in the process, it got stuck after hitting the bottom of the canal.

At first people thought the problem would be fixed quickly.

Unfortunately, after several days of effort, the ship was still stuck. Sadly, estimates indicate that it might take weeks before the ship is completely free.

7. The Ship Represents Us All 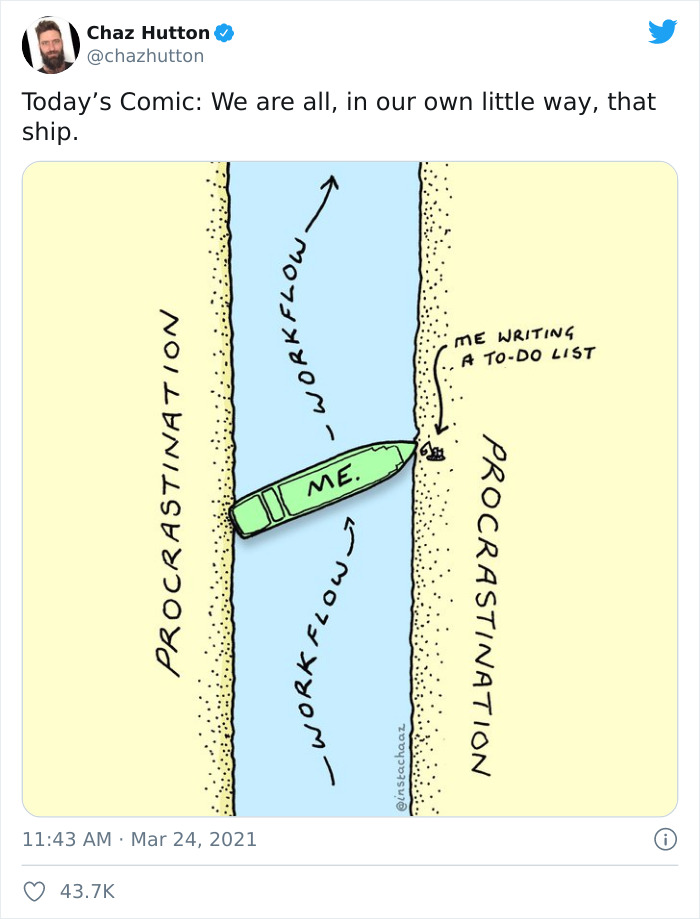 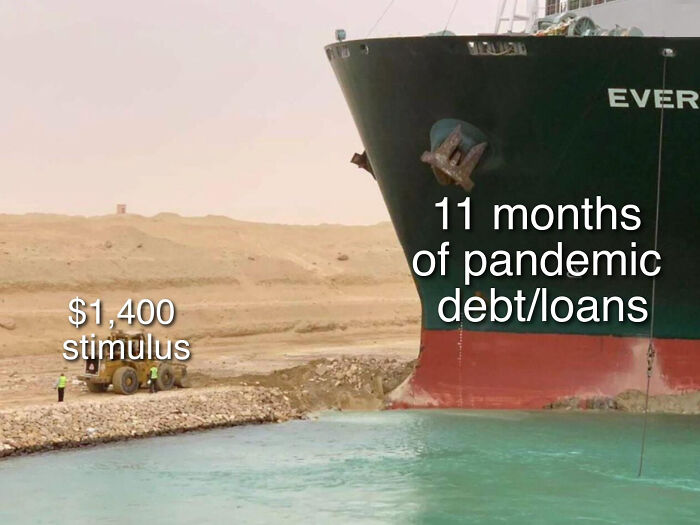 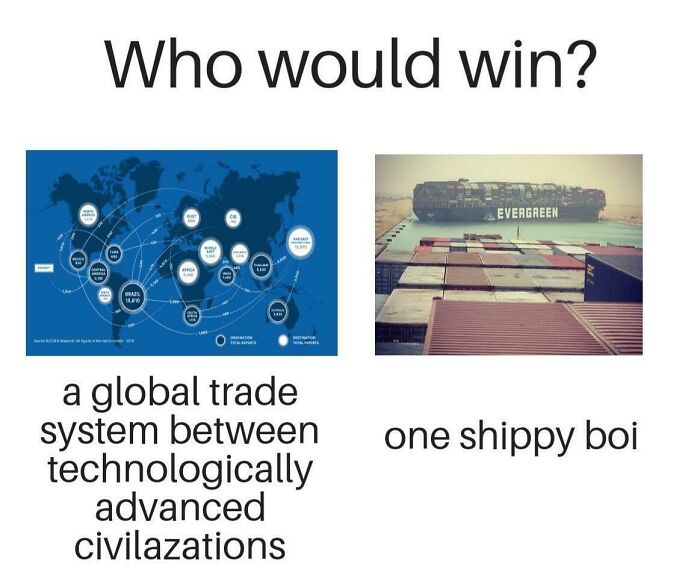 Obviously, the accident has been a massive blow to international trade, and everyone took note of the issue, including the internet. Consequently, there have been a lot of memes about the incident.

Others tried to compare the situation to how Austin Powers tried to turn around a baggage carrier in a narrow corridor.

Obviously, some made fun of the situation. Others suggested that the ship could be repurposed into a camper.

More pessimistic commenters pointed out that 2021 is not turning out to be better than 2020 but has instead become a sequel to the trying year. 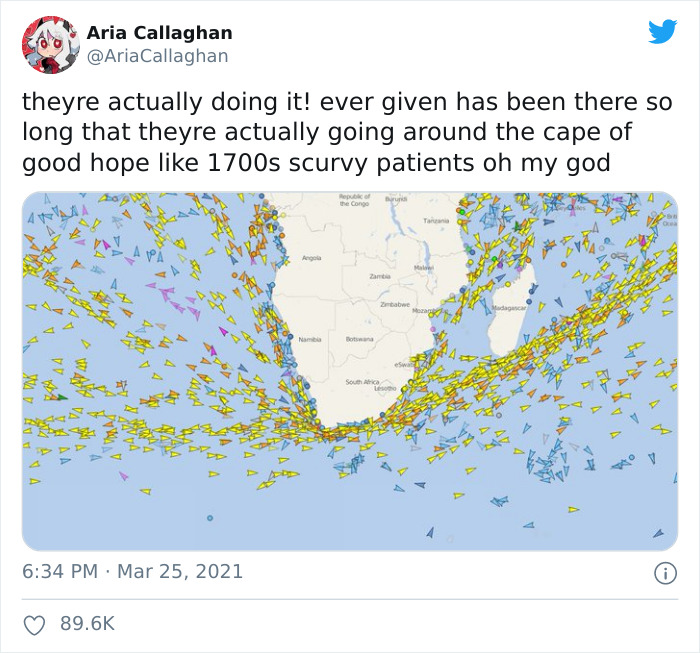 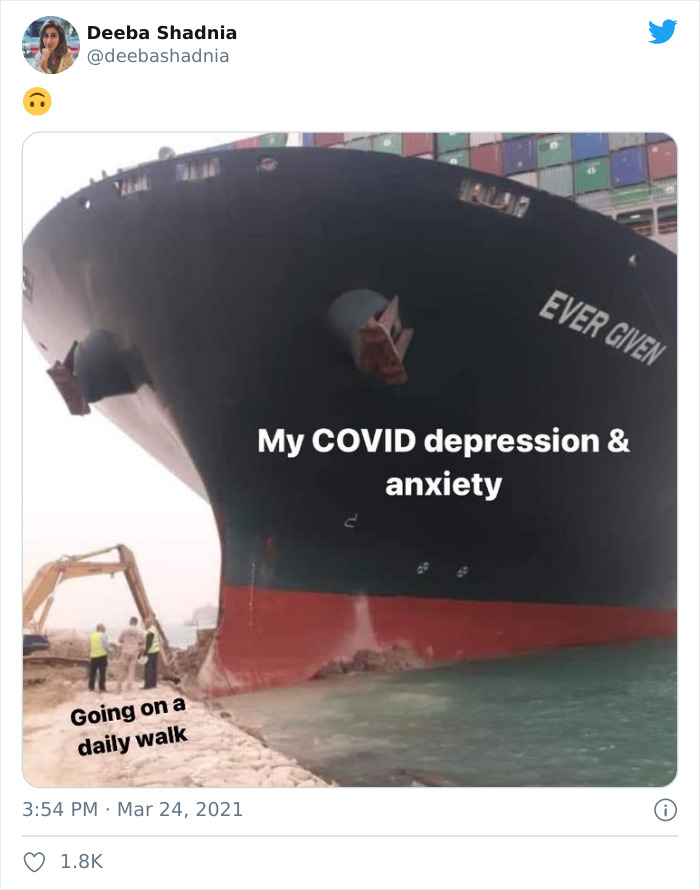 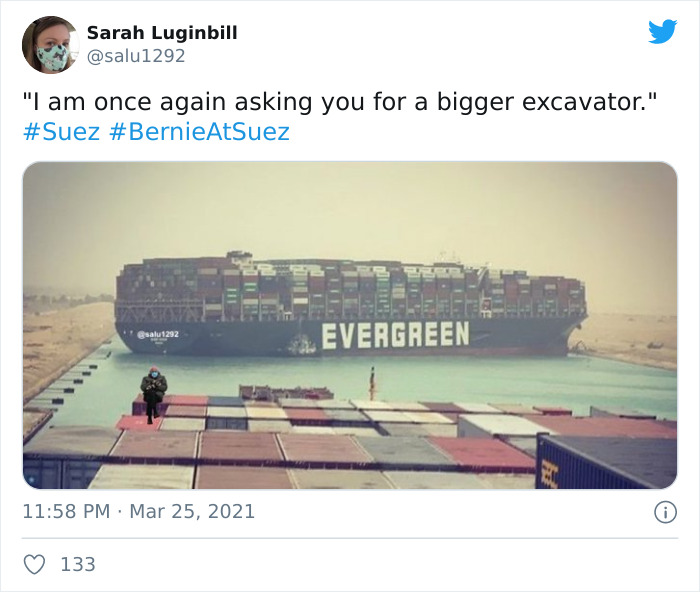 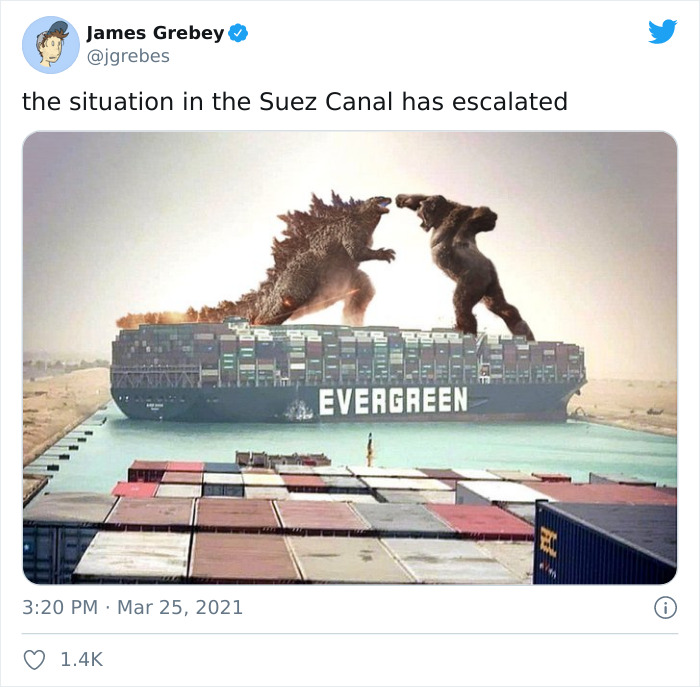 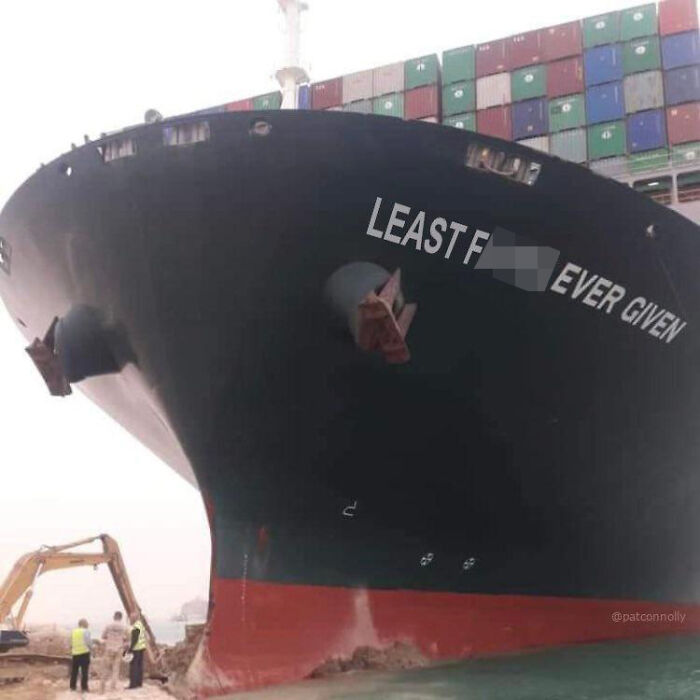 Memes On All Platforms

Memes about the beached ship have been on all social media platforms, including Facebook, Reddit, and Imgur. These posts have received hundreds of thousands of likes, upvotes, and shares by now.

Some people speculate that they are sure that the ship has some of their orders and will not get them until it gets unstuck.

Several people suggested that this would make an amazing plot for the film, Fast and Furious: Suez Drift. Unfortunately, there has been nothing fast or furious about the whole situation at this point.

Some have joked that a magical hand could pop out of the sky and quickly reposition the ship, which hints at some sim video games.

Then someone suggested that maybe people canceled the orders the ship was carrying, forcing it to go back, a process that got it stuck. 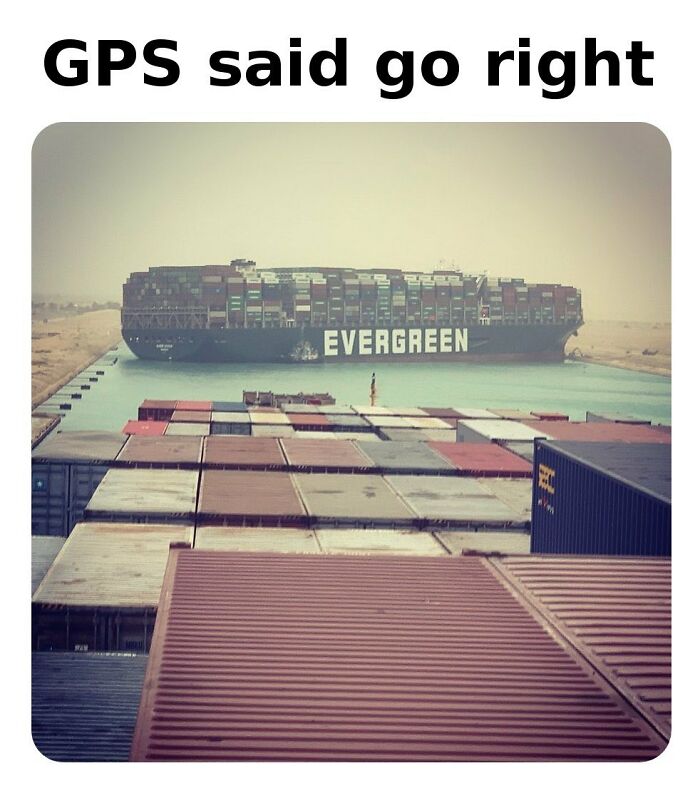 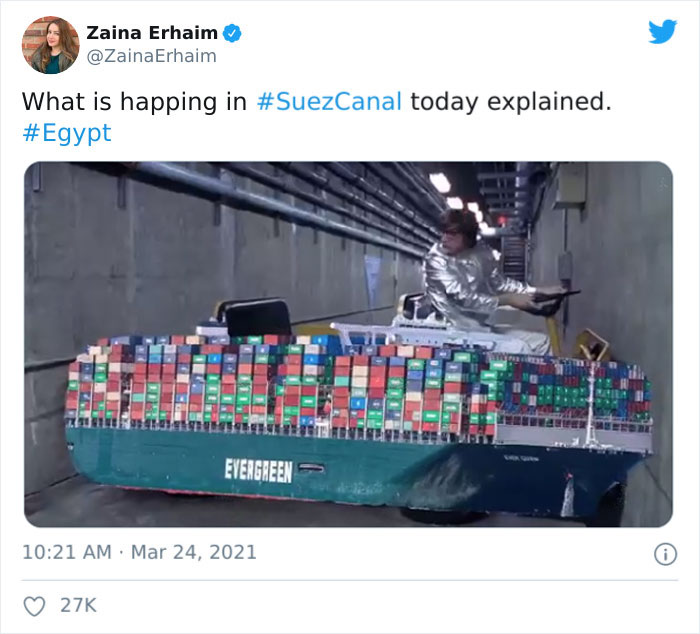 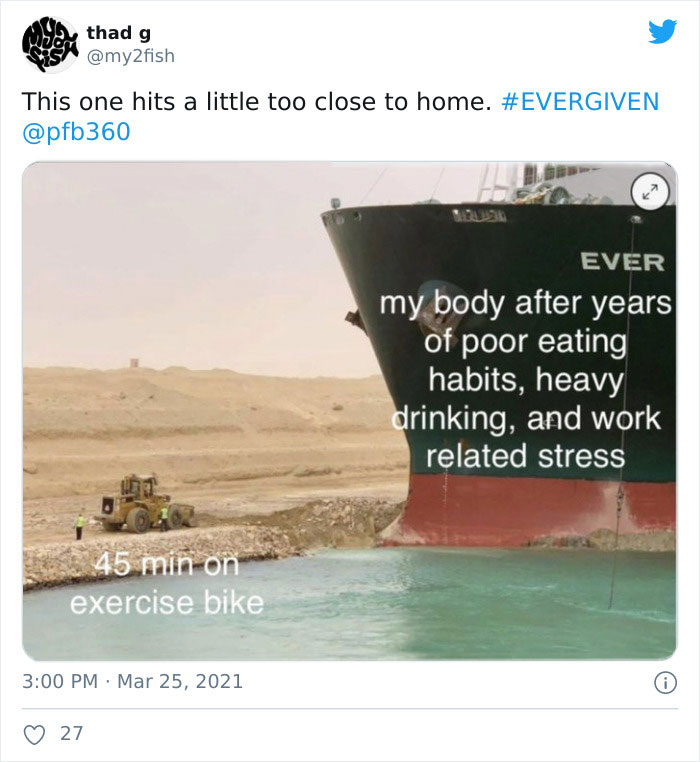 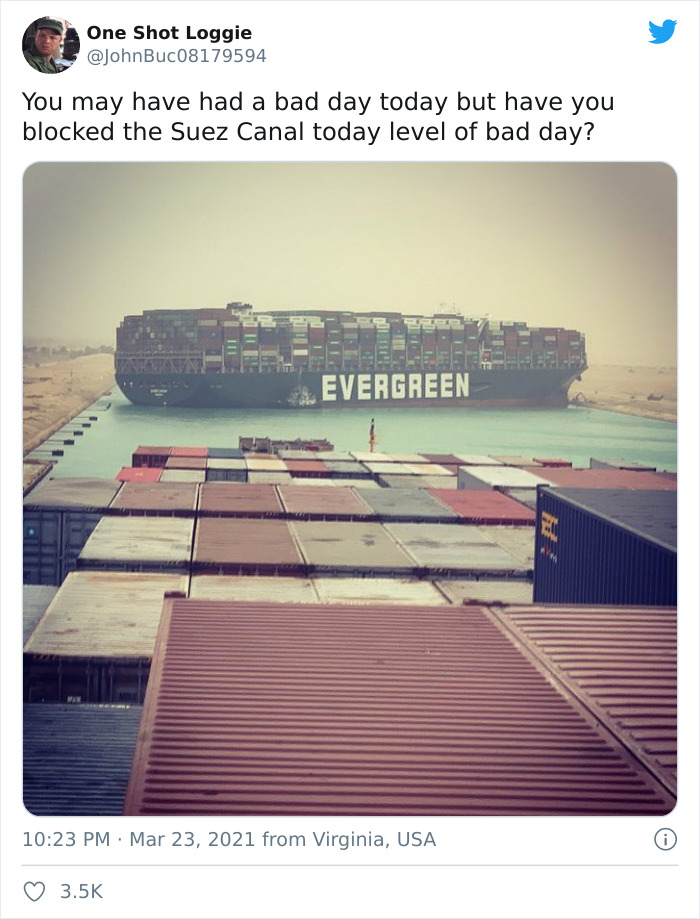 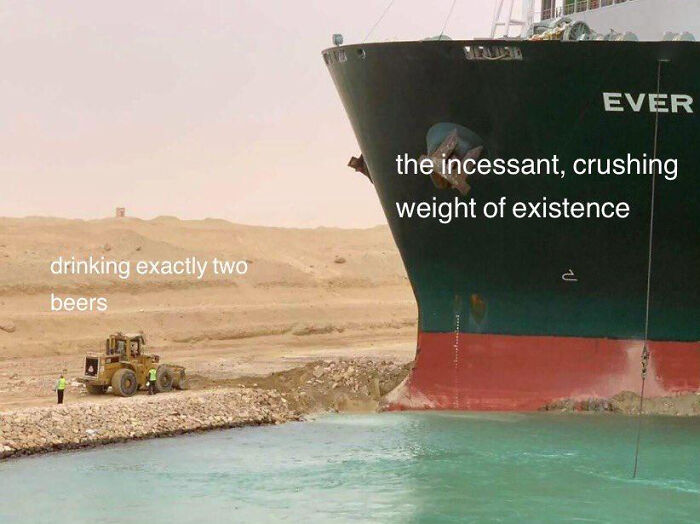 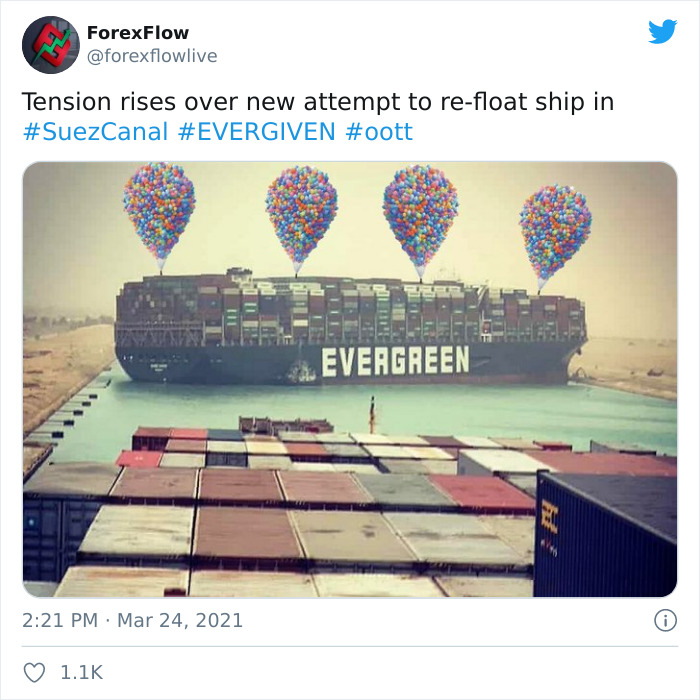 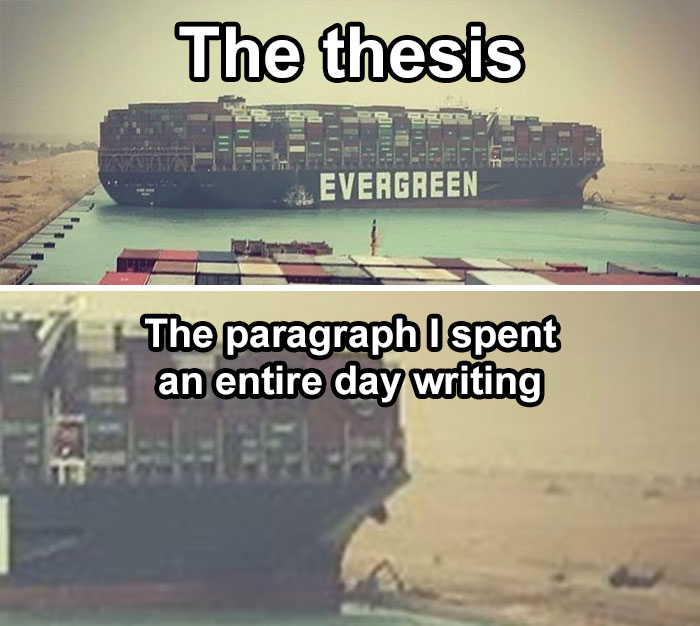 23. Why The Workshops Fall Short 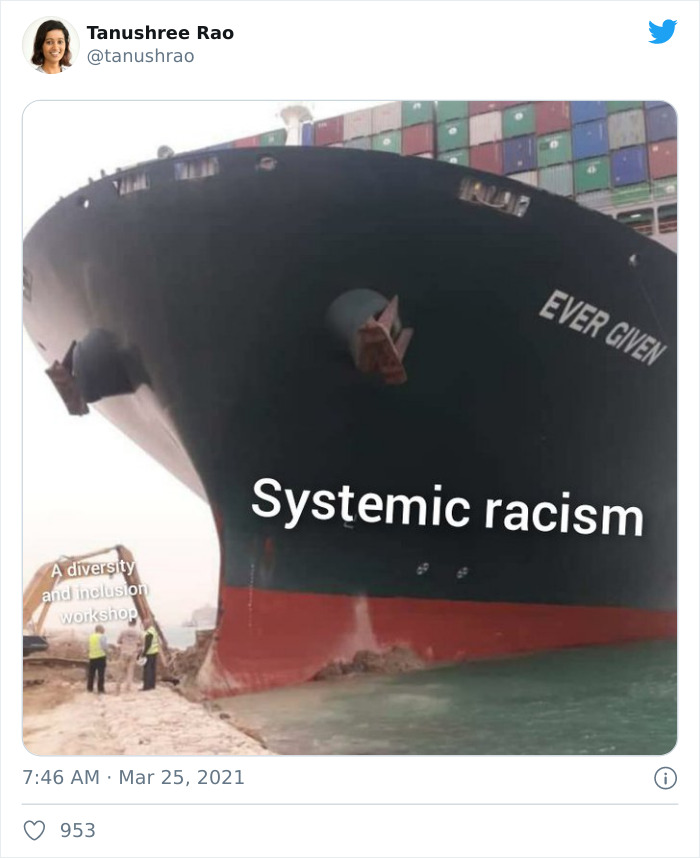 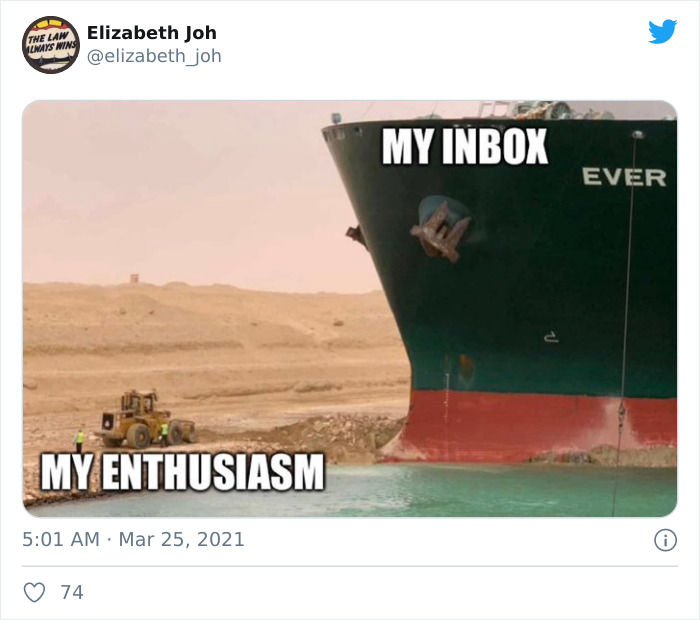 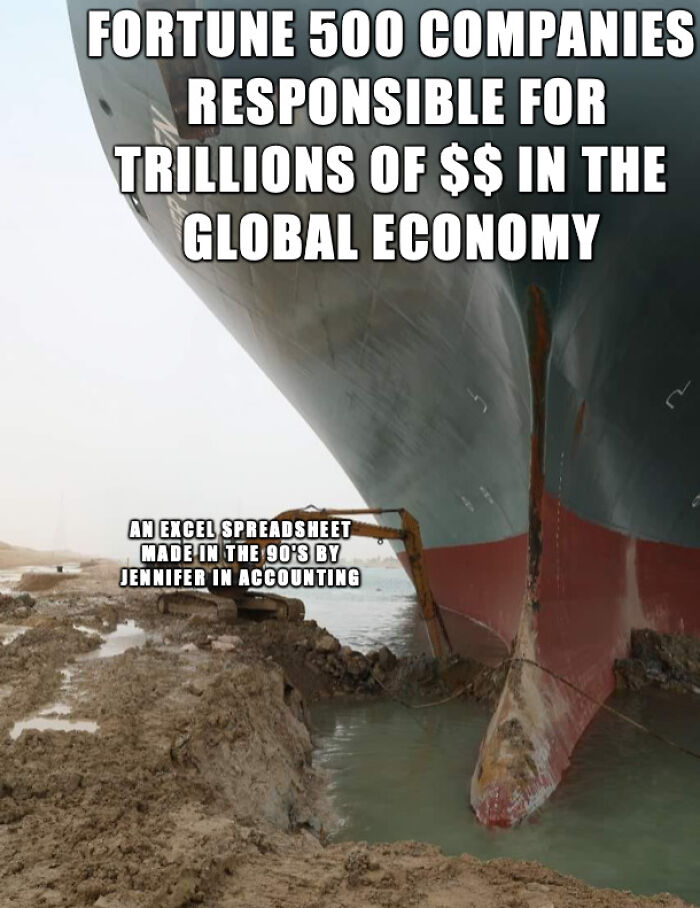 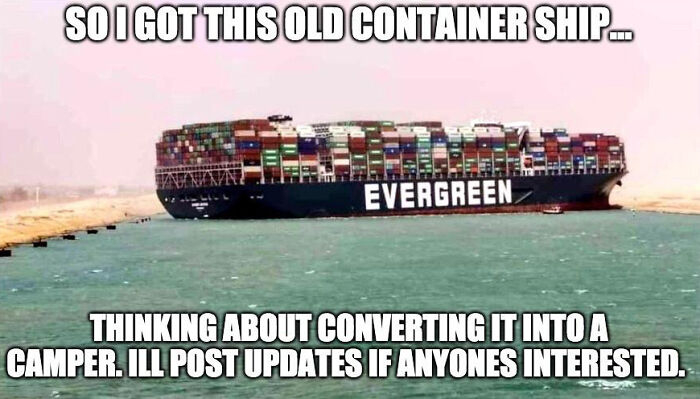 27. At Least It Can Help Explain Ancient Battles 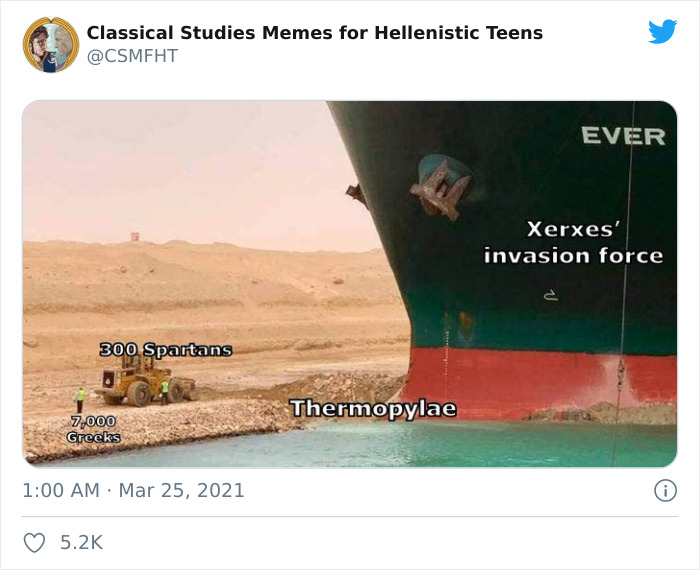 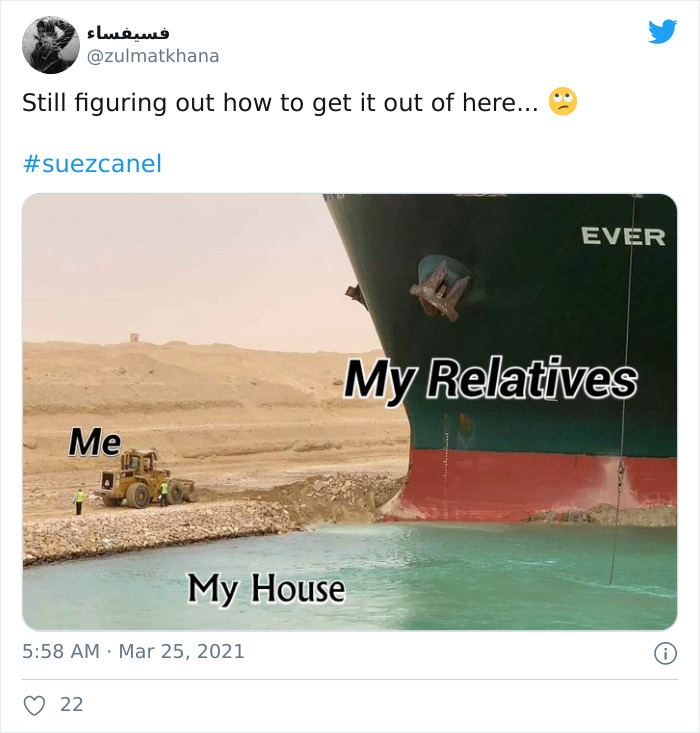 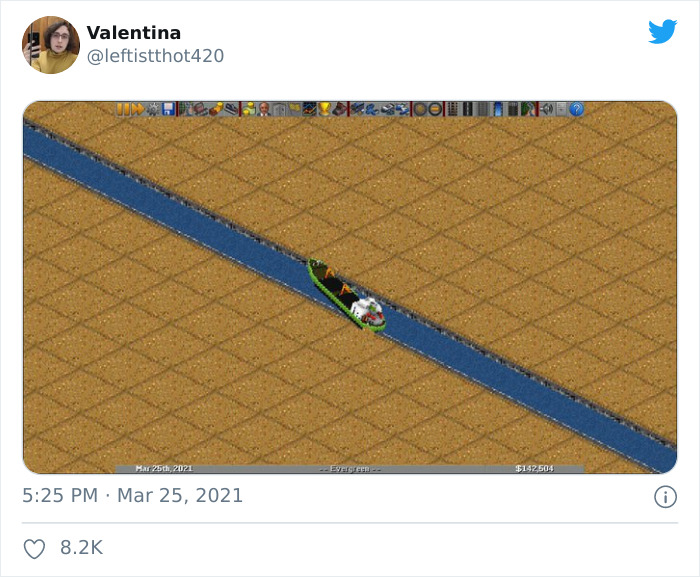 30. They Get You Every Time 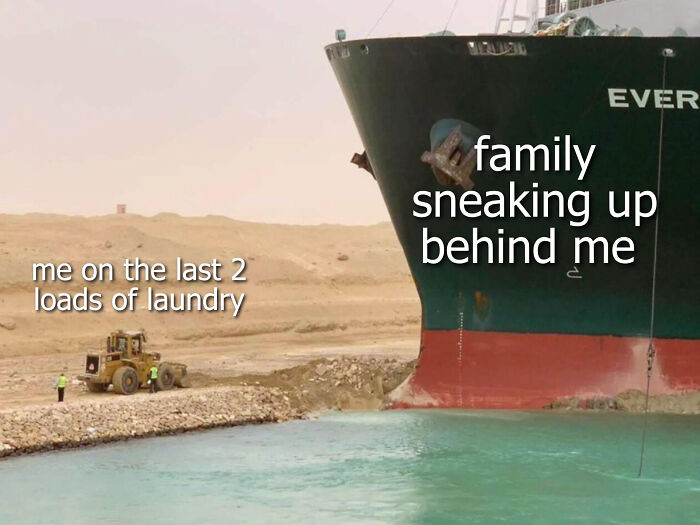 Clearly, nobody can say that this disaster has gone unnnoticed.