Snider, originally from Vancouver, Canada, wanted Hollywood's lifestyle. The problem was that he had no actual talents, so he came up with a plan: to find a perfect Playboy model, launch her career and live off her fame and wealth. 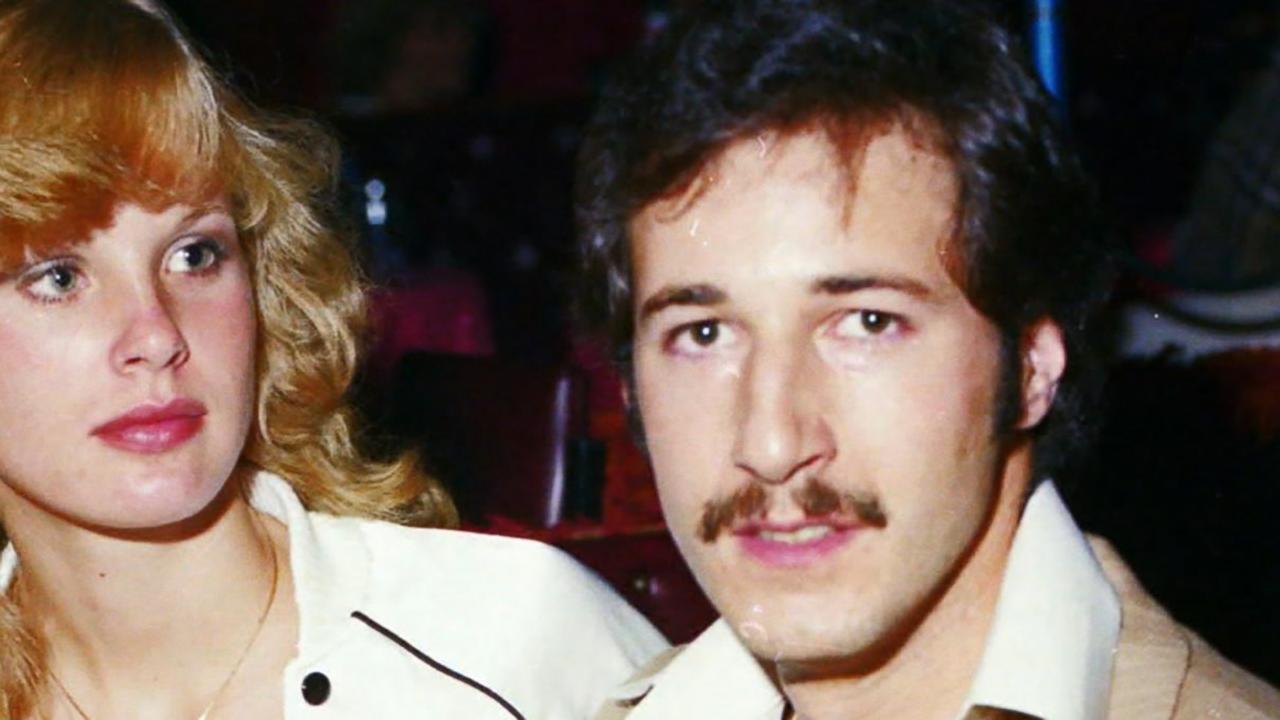 Paul was born on April 15, 1951, in Vancouver. By all accounts, his early years were challenging.

He came from a broken home and was bullied by his peers for various reasons. One of them included his tall but skinny frame. So, Paul became invested in changing that, and in a year, he transformed himself.

By his early 20s, he was a pimp and club promoter, but he had bigger dreams. Even before meeting Dorothy, he tried to get girls into Playboy. He even lived in California for a brief time. However, none of the girls he met were as beautiful or charismatic as his future wife. 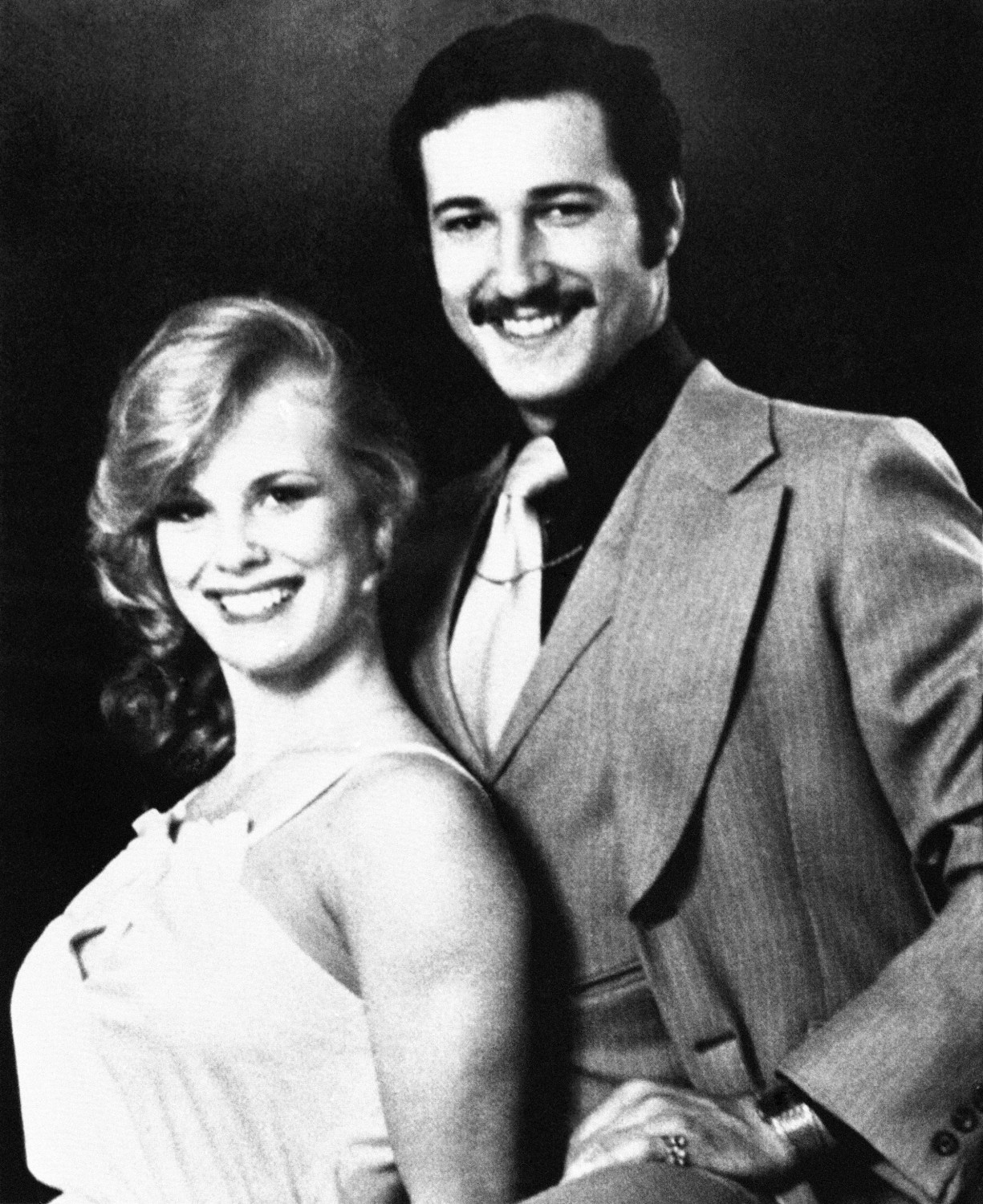 Paul was nine years older, street smart, highly controlling, and manipulative. Stratten was a teenager, living with her mom and baby sister, as her father left when she was a child. She saw security in an older man, who brought her presents and treated her like the most prized possession.

The two met while Dorothy worked in a Dairy Queen in the Vancouver area in 1977. He groomed the beautiful teenager, and in 1979, he sent her professionally taken nude photos to Playboy. 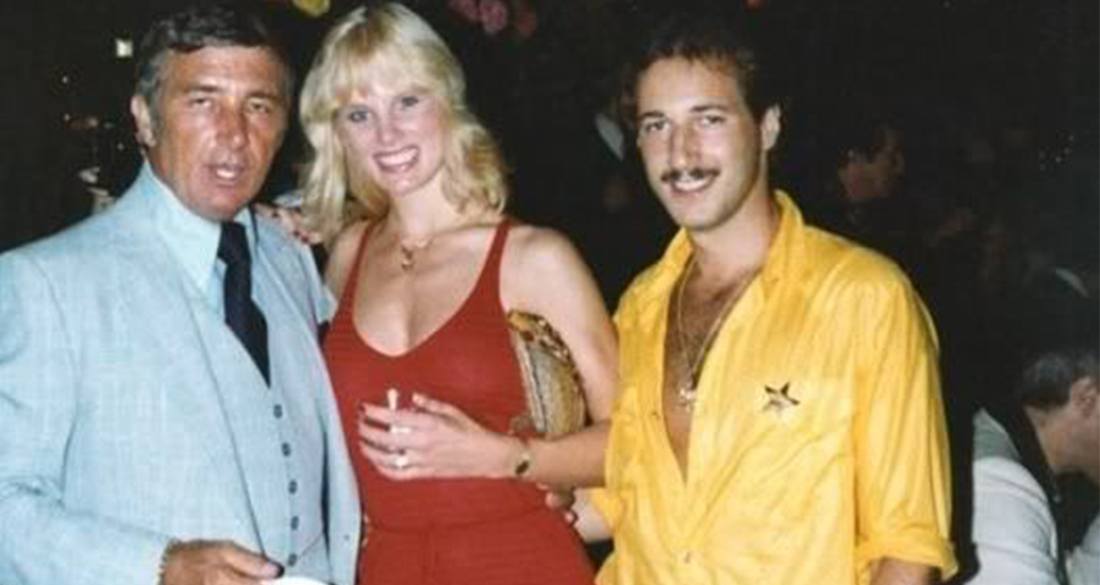 Paul and Dorothy eloped in Vegas in June 1979 and replaced cold Vancouver with Los Angeles. Their marriage, just like their relationship, was rushed, and it wasn't hard to guess that Dorothy would outgrow him quickly.

While her star was rising, Paul Snider was fading into the background. He did not fit in with the L.A. crowd, with his flashy necklaces, opened shirts, and less-than-polished behavior.

Stratten worked as a bunny when she was offered to star in T.V. shows and movies. America loved the natural, stunning beauty, and it irritated controlling and jealous Paul Snider.

Even Hugh Hufner said that he reminded him of a typical pimp. In fact, he encouraged Dorothy to get away from Paul. A few months into her marriage, Peter Bogdanovich met Stratten at the Playboy Mansion. He offered her a role in his comedy They All Laughed with Audrey Hepburn.

During the filming in NYC, Dorothy and Peter started a relationship, and it was clear that she wanted out of her marriage as soon as possible. 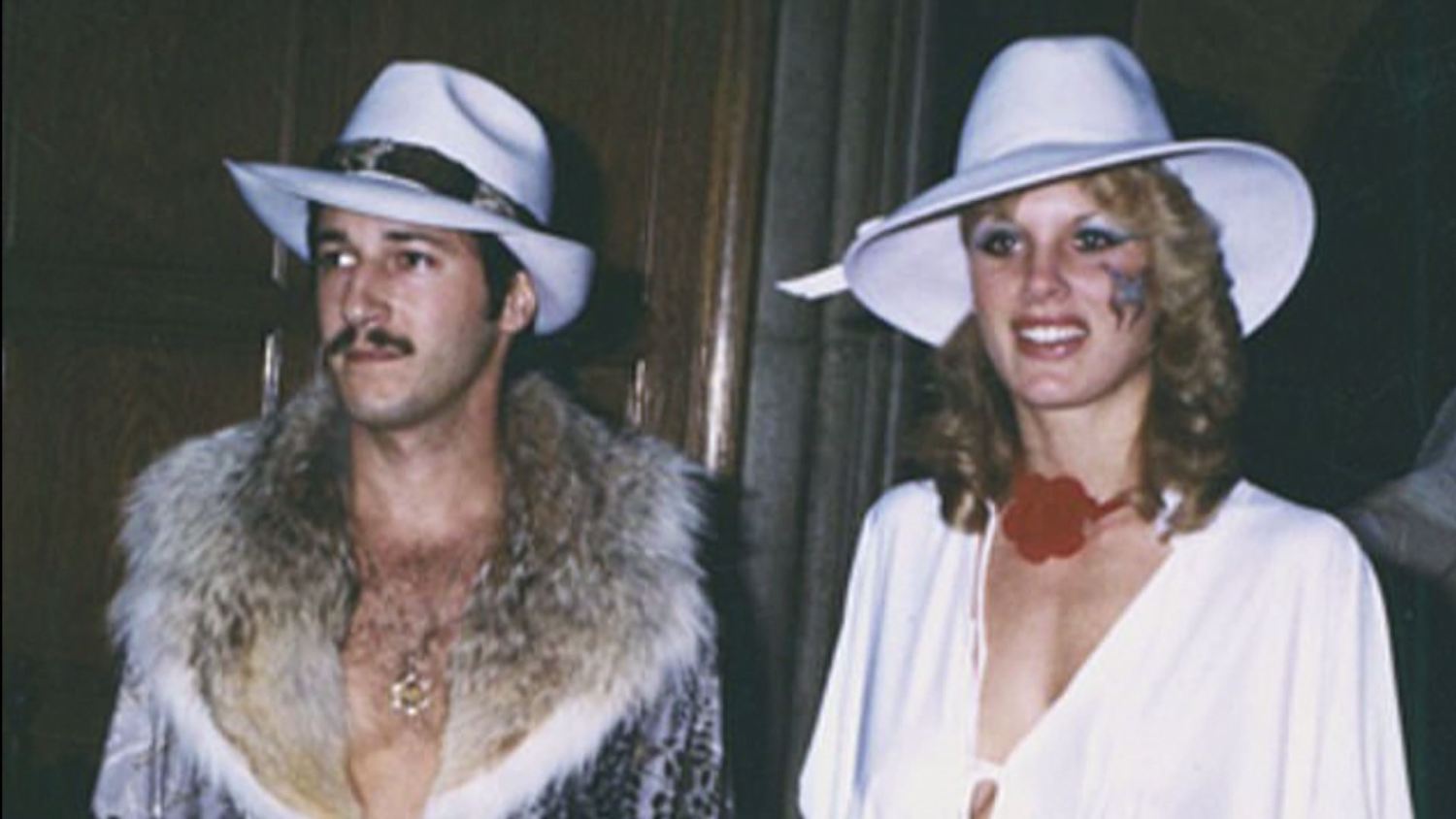 Paul was a Canadian without a U.S. visa, so there was no way for him to earn money unless he found some scheme. He met up with Somen Banerjee and the attorney Bruce Nahin and together, they were supposed to create a male strip club similar to Chippendales. A female-orientated version of Playbunnies.

The two did not want to include Snider in the business, and as he didn't want to go back to Canada, he tried everything to bring back his estranged wife.

It appears that the only good idea in Paul Snider's life was sending Dorothy's photos to Playboy. His other ideas were dismissed, and after he was refused to enter the Playboy Mansion, he knew that Hollywood was done with him.

Stratten, born Dorothy Hoogstraten, was already living with Bogdanovich in the spring of 1980. Paul Snider was intent on grooming another teen, Patti Laurman, but kept a close eye on his estranged wife. After their separation, he hired Los Angeles private detective Mark Goldstein to follow Stratten. 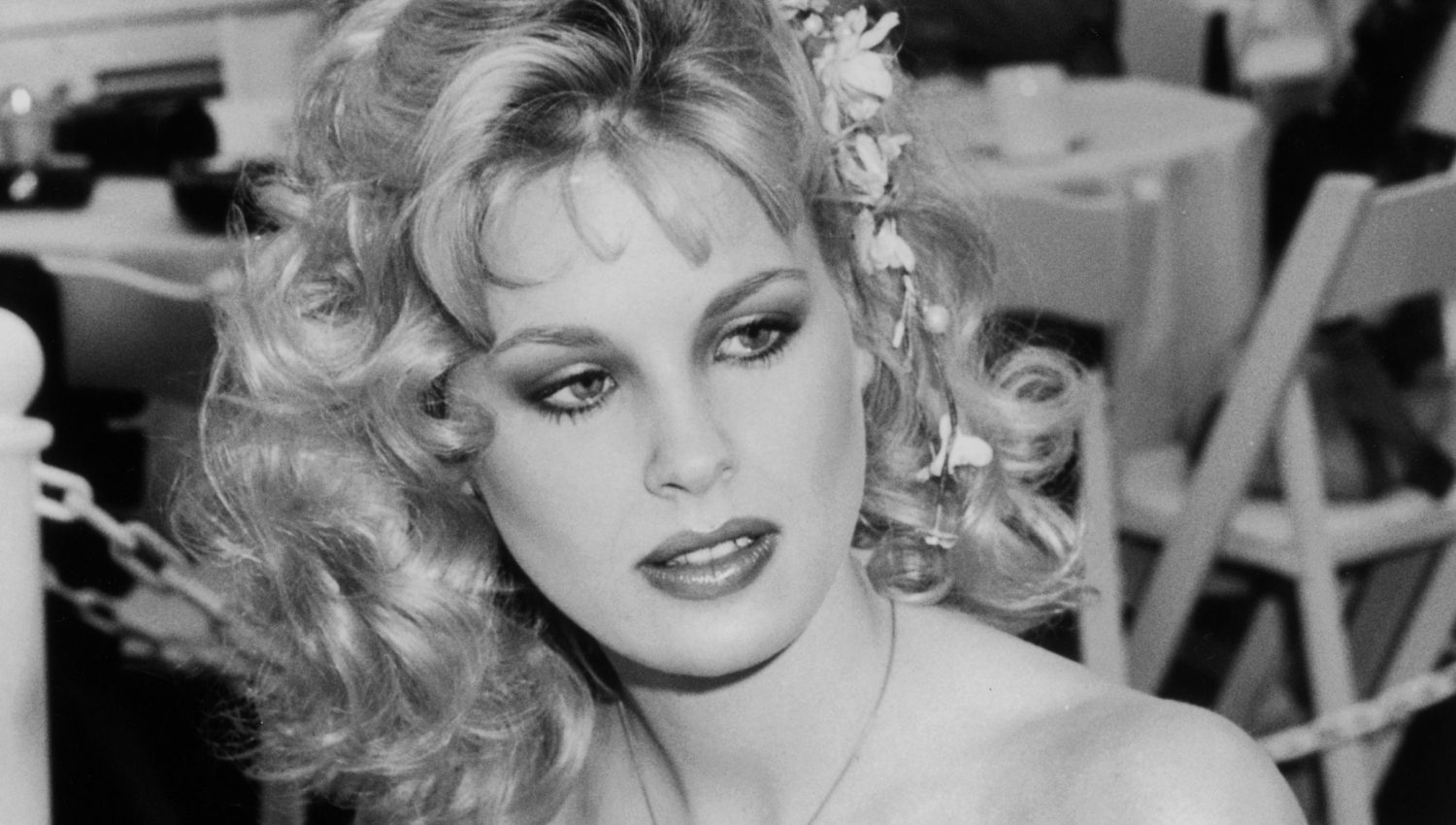 Paul was jealous, but most of all, desperate for cash. So much so that he and his blonde companion went to a bank and tried to access Dorothy's money.

An acquaintance said at the time:

"He was very brash, very demanding, wanting to tell people how great Paul Snider was."

Classless and without ideas for quick cash, he tried to get in touch with Dorothy. It appears that Paul Snider thought Dorothy would pay for his lifestyle forever, and after months of avoiding contact with him, the now 20-year-old Playmate finally went to see her estranged husband.

They first met for lunch on August 8, when she told him she was in love with Peter Bogdanovich. Dorothy went back to his house on August 14. People who knew him begged her not to go and to let the lawyers deal with him.

However, Dorothy thought she owed him an explanation and wanted to give him 75k, half of everything she earned during their marriage.

She didn't know that Snider got a 12-gauge shotgun. 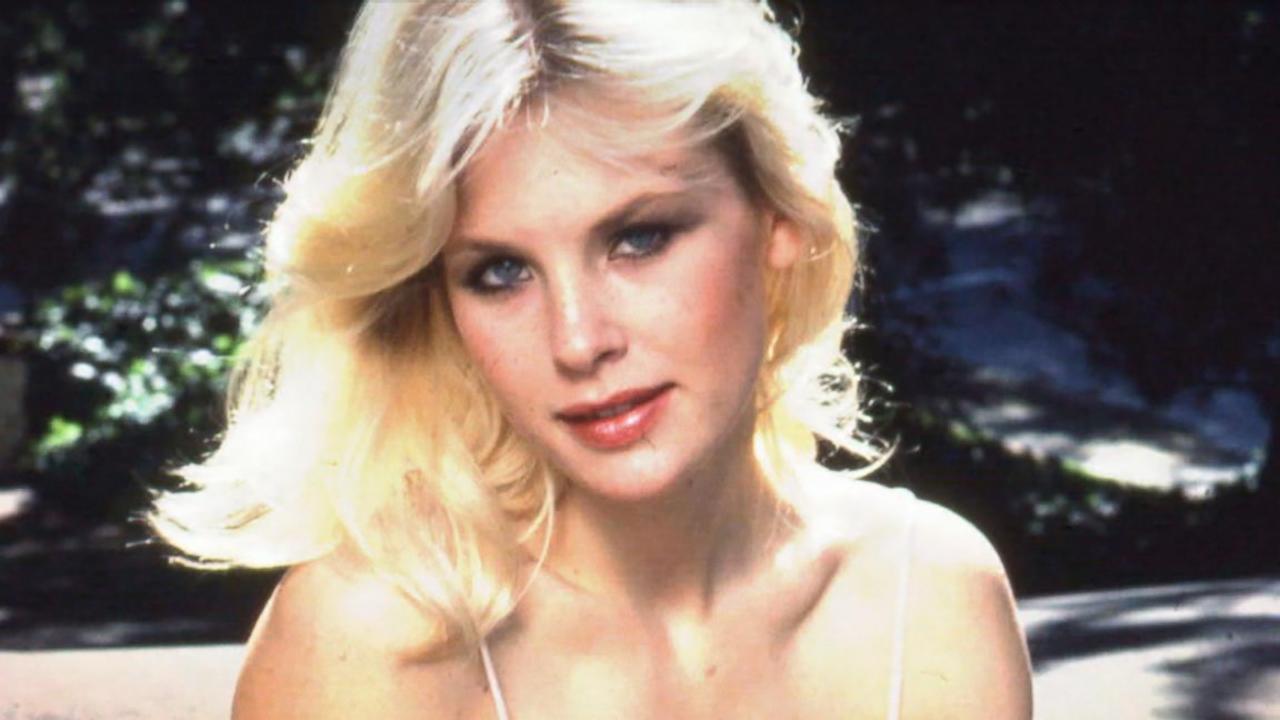 Naked bodies of Stratten and Snider were found by his roommate, Patti Laurman, around 12:30 a.m on August 15. Initially, the roommate thought someone killed them, as she did not see the weapon.

The police arrived and found that Paul Snider's body hid the shotgun. It didn't take much to retrace what had happened the previous day.

Dorothy was raped and shot in the face. It appeared that she was trying to protect herself and lost a finger once the gun went off.

After killing her, Paul killed himself with a single gunshot. The only thing that confused the police was whether Dorothy was raped before or after Paul shot her. Apparently, there was blood all over her body, leading them to believe that she was, in fact, abused after her death.

The police found an envelope with 1100 dollars. It appears that Dorothy wanted to give Paul Snider some money before their divorce was finalized. 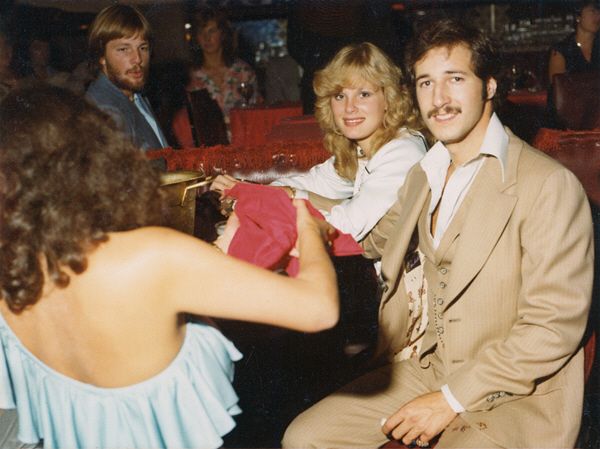 Despite doing everything by the book, Dorothy Stratten became one of the most famous victims of domestic violence. She informed Paul Snider both via attorneys and in-person that their marriage was over.

Yet, he was not ready to lose his property because that was what Dorothy was to Paul.

There was another lesser-known issue: the danger of returning to Vancouver. People who knew Paul back in Canada claimed that he was not welcomed there. No one trusted him, and the loan sharks were after him, as one former friend said:

"He lost a lot of money to loan sharks, and the Rounder Crowd hung him by his ankles from the 30th floor of a hotel. He had to leave town."

The Canadian police were aware of Paul Snider's deals and followed his movies since 1976.

The Aftermath Of Paul Snider's And Dorothy Stratten's Death 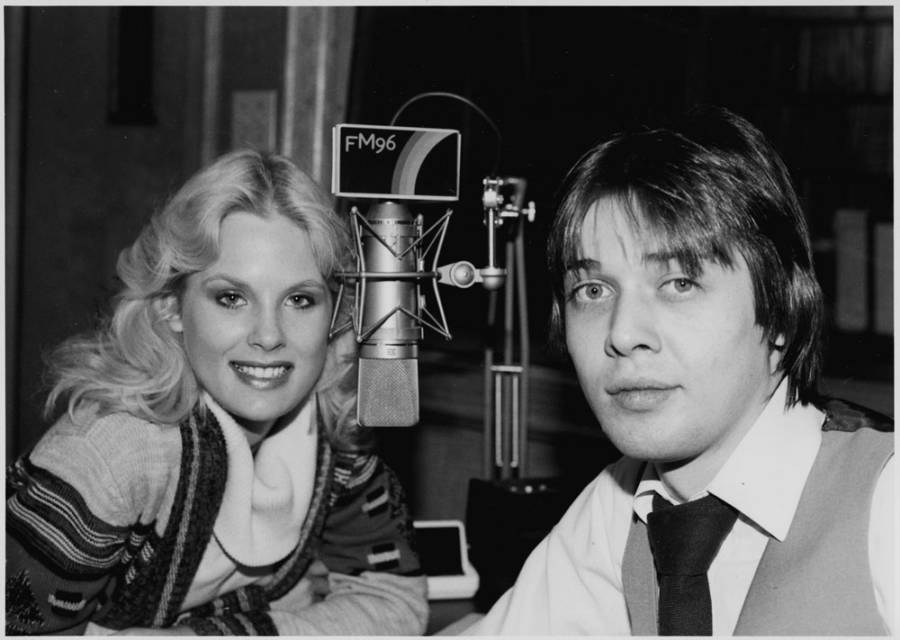 Bogdanovich blamed Heffner and Playboy's lifestyle for Dorothy's death. He also called Dorothy beautiful in every possible way and revealed he wanted to marry her as soon as her divorce from Paul Snider was finalized.

Heffner and Bogdanovich went back and forth for years. The Playboy boss went as far as stating that Bogdanovich seduced Stratten's baby sister, Louise. She was 12 when her famous sister died, and Hefner said she was a "pathological replacement" for Bogdanovich's deceased girlfriend.

Louise and Peter Bogdanovich married when she turned 20, and the marriage lasted for 13 years.

Those who met Dorothy always remember her kindness and charm. As for Paul Snider, former L.A. homicide detective Richard DeAnda claimed it was all about the control, adding:

"Forcing sex upon her, I think that's all a part of his regaining his position of power."

The first movie about Dorothy and Paul Snider came in 1981. Jamie Lee Curtis portrayed Stratten, and Bruce Weitz played Snider in Death of a Centerfold: The Dorothy Stratten Story. The second movie, Star 80, was filmed in the same house where the murder/suicide happened. It featured Eric Roberts and Mariel Hemingway.

Bryan Adams dedicated two songs to the Playmate of 1980, Cover Girl for the band Prism and The Best Was Yet to Come. Red Hot Chilli Peppers referenced Dorothy in Californication.

Dorothy Stratten was only 20 when she was brutally killed. Her world revolved around men; some adored her, some even loved her, but only one killed her.