Patsy Cline is among the best female singer of all time. Unfortunately, when she was just 30, she died in a plane crash, and that's what made Patsy Cline's death even more tragic - she was young, and the world was at her feet.

Patsy Cline was born Virginia Patterson Hensley in 1932 in Winchester, Virginia. She used the name 'Cline' after her first marriage to a man known as Gerald Cline. 'Patsy' was derived from Patterson, her middle name.

Cline's voice is remembered as one of the most beautiful in the genre until it was stilled many years ago following a plane crash near Camden, Tennessee.

Patsy Cline's death came as a shock to everyone. The female singer was so young, and she had such a big future ahead of her.

Patsy Grew Up Poor In A Troubled Household 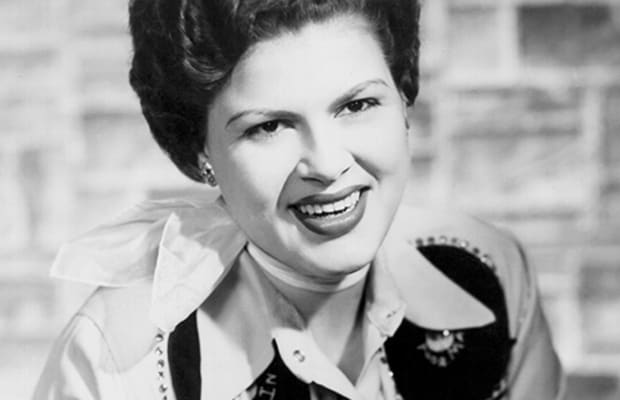 Without a doubt, Patsy Cline's singing talent turned her into a star. However, before then, she was a simple impoverished country girl.

Before Patsy Cline's death, she had already graced respected venues such as Carnegie Hall, Las Vegas, and even Hollywood.

However, she had gone through many things while growing up, including suffering abuse at the hands of her father. He abandoned them when Patsy was just 16, after moving them around 19 times in 16 years.

Her mother had to work as a seamstress to support the family.

She also had to drop out of school and take up odd jobs after her father left. That included performing honk tonks on weekends and cleaning Greyhound buses.

That's why Patsy did not seem very proud that she came from a musical family due to the strained relationship with her father.

Her father's side of the family consisted of gifted musicians, including her dad, an accomplished singer. She also had aunts and uncles who played various musical instruments.

As she grew up, she could play the piano by ear.

Her first marriage to Gerald Cline failed when he demanded that she give up her singing career. Cline was a much older and overweight man. According to reports, the marriage was loveless, and it ended as soon as she became famous.

Patsy's second marriage was not all that smooth either. She married a man known as Charlie Dick, and together they had two children.

Patsy's Rise To Fame Was A Struggle 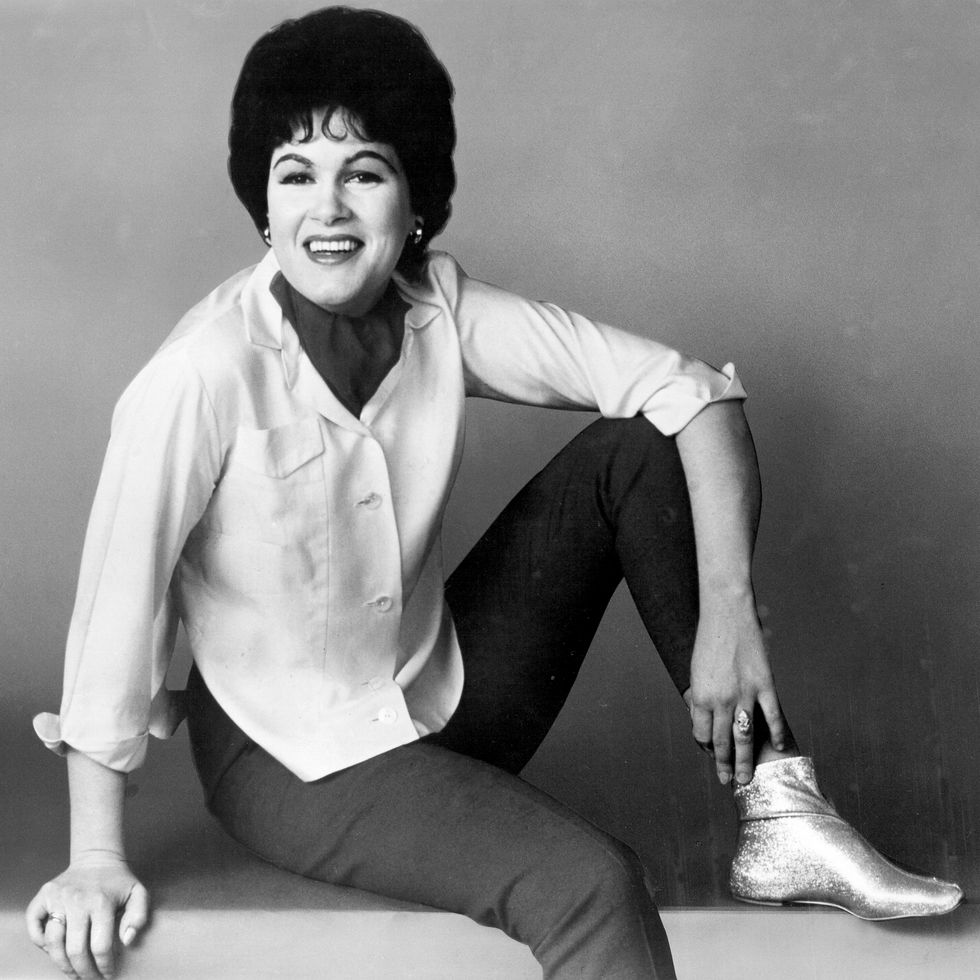 Before becoming a big star, Patsy Cline had to go through school gymnasiums, service club dances, and seedy roadhouses.

She once had to sleep on a concrete bench outside when attending an audition in Nashville in 1948. She was never called back after the audition.

In her early days, she had to perform for as little as $10 a night.

Her fortunes changed when she won an audition to appear on Arthur Godfrey's Talent Scouts in 1957 in New York City.

She did a gripping performance of Walking After Midnight on the show, and the audience was elated with her act. She became the most prominent talent on the show.

At the time, television was not as popular as it is today.

During the performance, she was made to wear a dress she would not have chosen herself, and she thought the song was nothing more than "a little ole pop song." However, it turned out to be the song that got people interested in what she had to offer as a musician.

That said, her first songs did not catch on. It was not until 1957 that she finally met with success.

Patsy also suffered at the hands of her rogue song publisher. However, despite it all and premature Pasty Cline's death, she left a rich legacy that is still remembered by her fans to this day.

A Childhood Experience Might Have Been Responsible For Her Voice 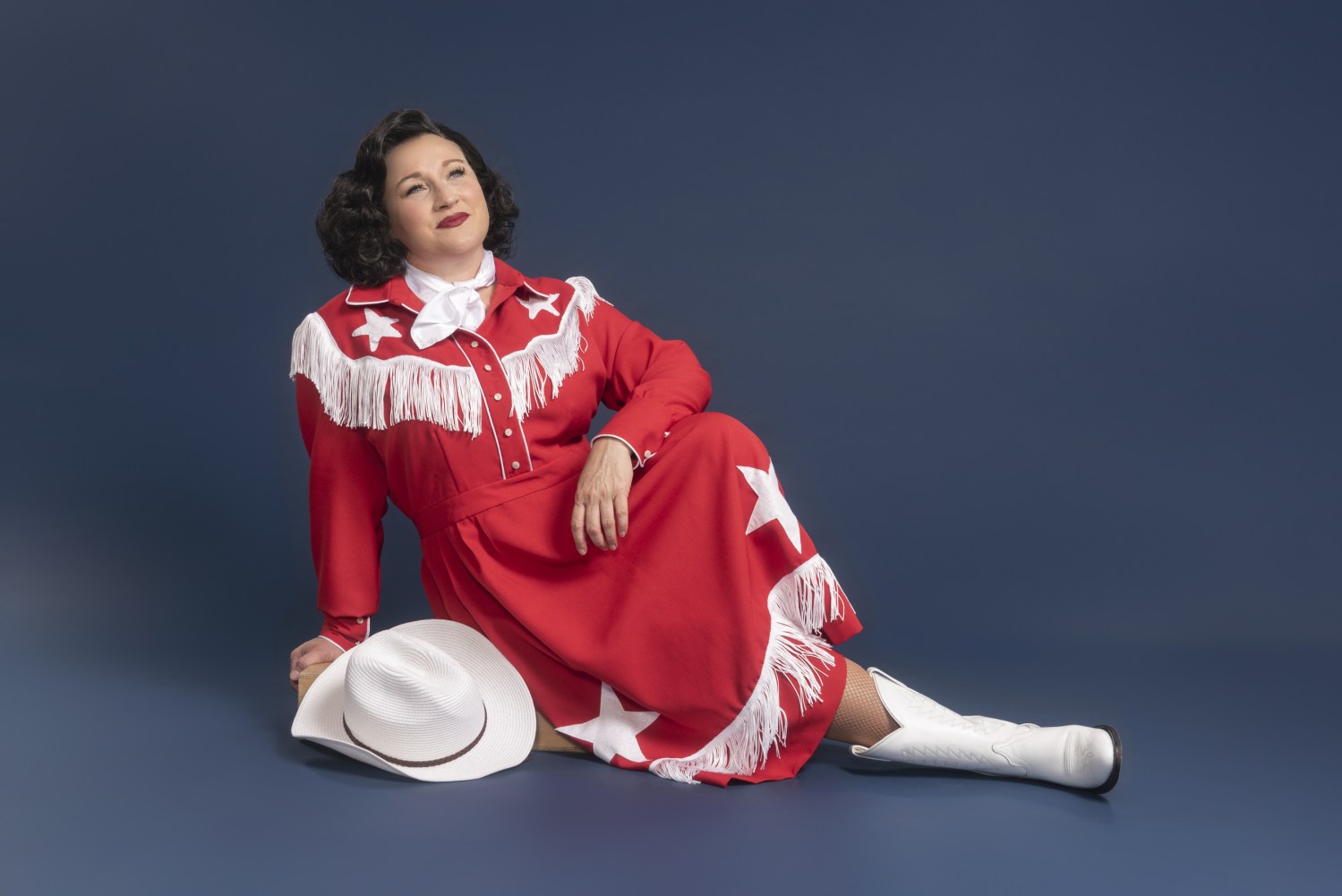 Patsy Cline had a very clear voice that had a bluesy feel to it. She also had a broad vocal range, which makes listening to her music such a delight.

She believed that an incident she went through when younger was responsible for her voice.

When she was aged 13, Patsy Cline suffered from a life-threatening bout of rheumatic fever. Apparently, she had a throat infection, and her heart stopped beating.

After being put on oxygen, she recovered, and her voice had a distinctive boom to it.

Although she had no training as a singer, she employed an old-fashioned singing style to significant effect. According to her mother, Patsy Cline did not know a note of music but was gifted.

After all, the woman barely had an eighth-grade education.

Apparently, her producer was not happy with some of her techniques, but she did not refrain from using them as she firmly believed that you couldn't sing without feeling. She wanted people to understand how she felt just from the way she was singing.

Patsy Cline's Death Was Predicted By The Star 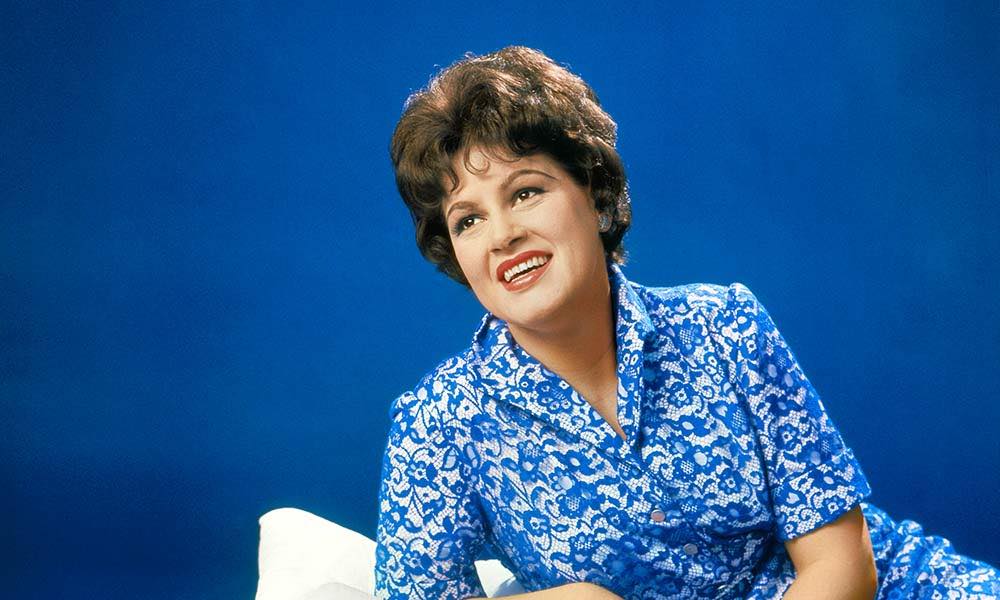 Patsy Cline's death came after she had been in the industry for six years. In that time, she had recorded almost 100 songs.

She had also predicted her death. After two previous life-threatening experiences, she claimed that the third would "either be a charm" or the reason for her death.

Patsy Cline was previously involved in a severe car accident that left her permanently disfigured in 1961. At the time, her song, I Fall to Pieces, was a massive hit among pop and country music fans.

After the accident, she had to spend a month in hospital. While there, she got treatment for a cut on her forehead, a broken wrist, and a dislocated hip.

The next time she had to perform, she was in clutches. She still needed them when she recorded "Crazy," a popular song written by Willie Nelson.

However, her first brush with death came when she was much younger after suffering a life-threatening illness.

In 1961, she predicted that she would die early, and she even went to the extent of specifying the outfit she would like to get buried in. She would die two years later.

Unfortunately, her prediction that her third incident would take her life came true when she died in a plane crash. 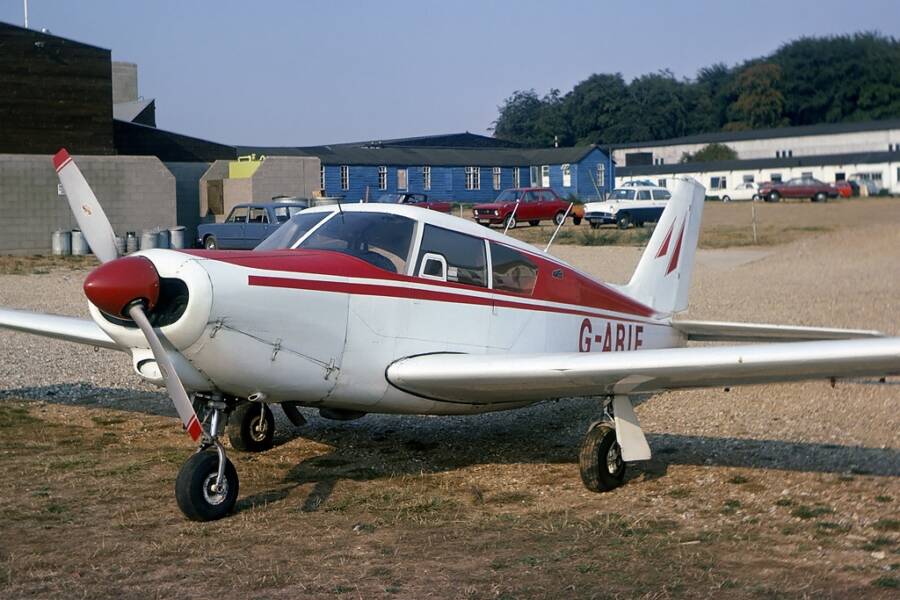 The deadly accident that robbed country music fans of their budding mega-star happened on March 5, 1963, as Patsy Cline headed to her Nashville home with her team.

Patsy Cline had just held three benefit concerts in Kansas. She was traveling with other country music stars, Hawkshaw Hawkins and Cowboy Copas, and her manager. The other person in the aircraft was the pilot, Randy Hughes.

The day before, she had tried to fly home but the fog kept them from taking off. The next day, she boarded Hughes' plane at Kansas City Municipal Airport.

At 2 pm, they took off and stopped at Dyersburg in Tennessee to refuel. During the stop, Hughes was warned about strong winds and reduced visibility, but he had no intention of stopping the journey at that point.

However, Hughes was disorientated while flying in the clouds 13 minutes after takeoff, and he ended up crashing the Piper PA-24 Comanche aircraft at full speed into the woods. Everyone perished when the plane spiraled into a graveyard.

The following morning, a search team discovered a wing embedded into a tree. The engine was in a six-foot hole in the ground, which proved the plane had crashed into the ground head first. 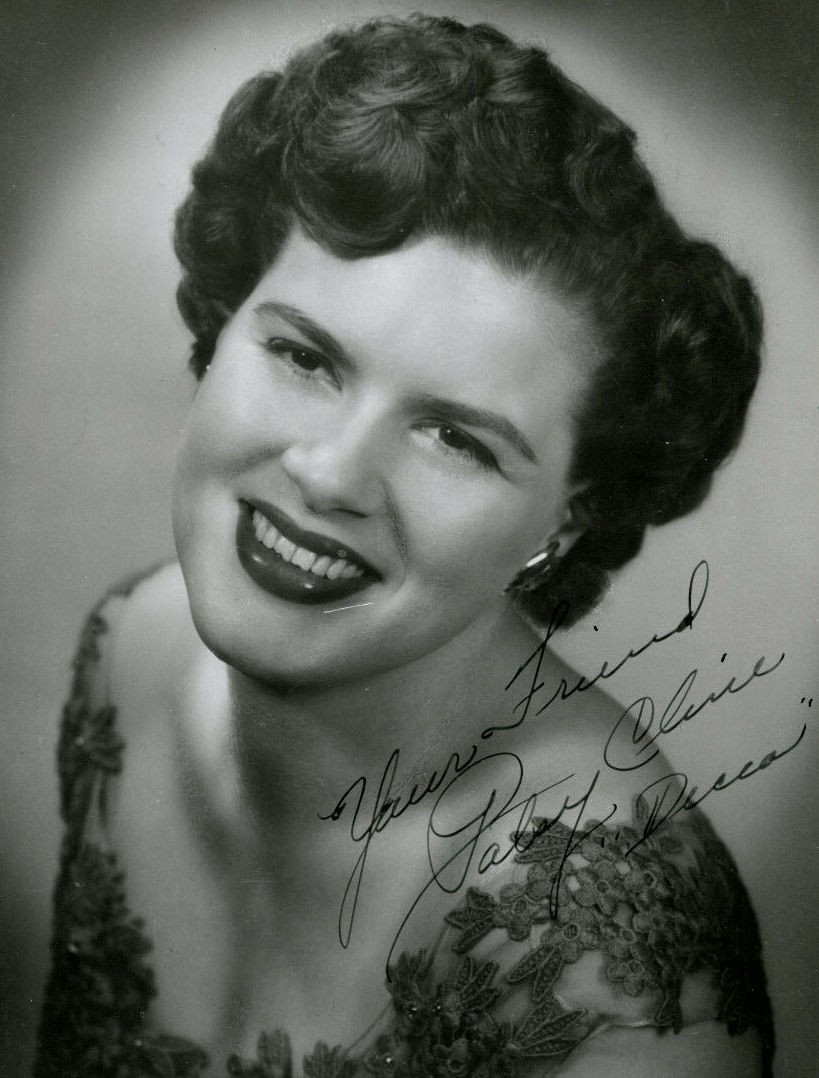 Interest in her career has remained high over time, especially due to her portrayal in various films such as Coal Miner's Daughter and Sweet Dreams.

Her Greatest Hits album has gone quadruple platinum after selling 8 million copies. Similarly, Patsy's single Crazy is among the most popular songs on jukeboxes.

The government also honored her with a postage stamp.

Patsy Cline's death, although way too soon, did not stop her from becoming immortal. She became the first female artist to be in the Country Music Hall of Fame. Just before her death, she was named Top Country Female Singer by music vendors of America.

She was also posthumously awarded a Grammy Lifetime Achievement award. There's also a museum in Nashville that's dedicated to her.

Although she might be gone from this world, people have not forgotten her music and exceptional talent.

As someone noted, it's like Patsy Cline's death came too soon, and people don't want to let her go. MCA Nashville released a tribute album in her honor in 2003 called Remembering Patsy Cline.