Police say that railroad passengers who did nothing to help a woman who was allegedly raped on a Philadelphia commuter train could face criminal prosecution.

Passengers not only did fail to help, but two men were filming a sexual attack that lasted for around 40 minutes. The bystanders did not call the police, according to Southeastern Pennsylvania Transportation Authority (Septa).

Fiston Ngoy, 35, has been charged with rape, sexual assault, indecent assault and other crimes - after Upper Darby Twp. police say he raped a woman on a SEPTA train on the Market-Frankford line Wednesday night. Details coming up on @6abc pic.twitter.com/VQEx2JEgup

It was Septa's employee who eventually found the victim and called 911.

A man was arrested for the alleged rape and is in police custody. The 35-year-old Fiston Ngoy, who is homeless, started talking to the victim, then became more aggressive and began groping her. He then continued ripping her clothes while bystanders were filming.

The train had less than a dozen passengers at the time of the incident.

The Police Are Baffled With The Passenger's Reactions

"I can tell you that people were holding their phone up in the direction of this woman being attacked. What we want is everyone to be angry and disgusted and to be resolute about making the system safer."

"There were other people on the train who witnessed this horrific act, and it may have been stopped sooner if a rider called 911."

In the Philadelphia area on Wednesday night a woman was violently raped onboard a train, while riders sat and watched. Not one of those passengers called 911. Their complete indifference was caught on video. They are all complicit in the crime. They should be outed. #SEPTA #rape

Timothy Bernhardt, superintendent of the Upper Darby Police Department, said that bystanders who did nothing might face criminal charges if they were among those who allegedly recorded the incident.

Talking to the New York Times, he added:

"I'm appalled by those who did nothing to help this woman." 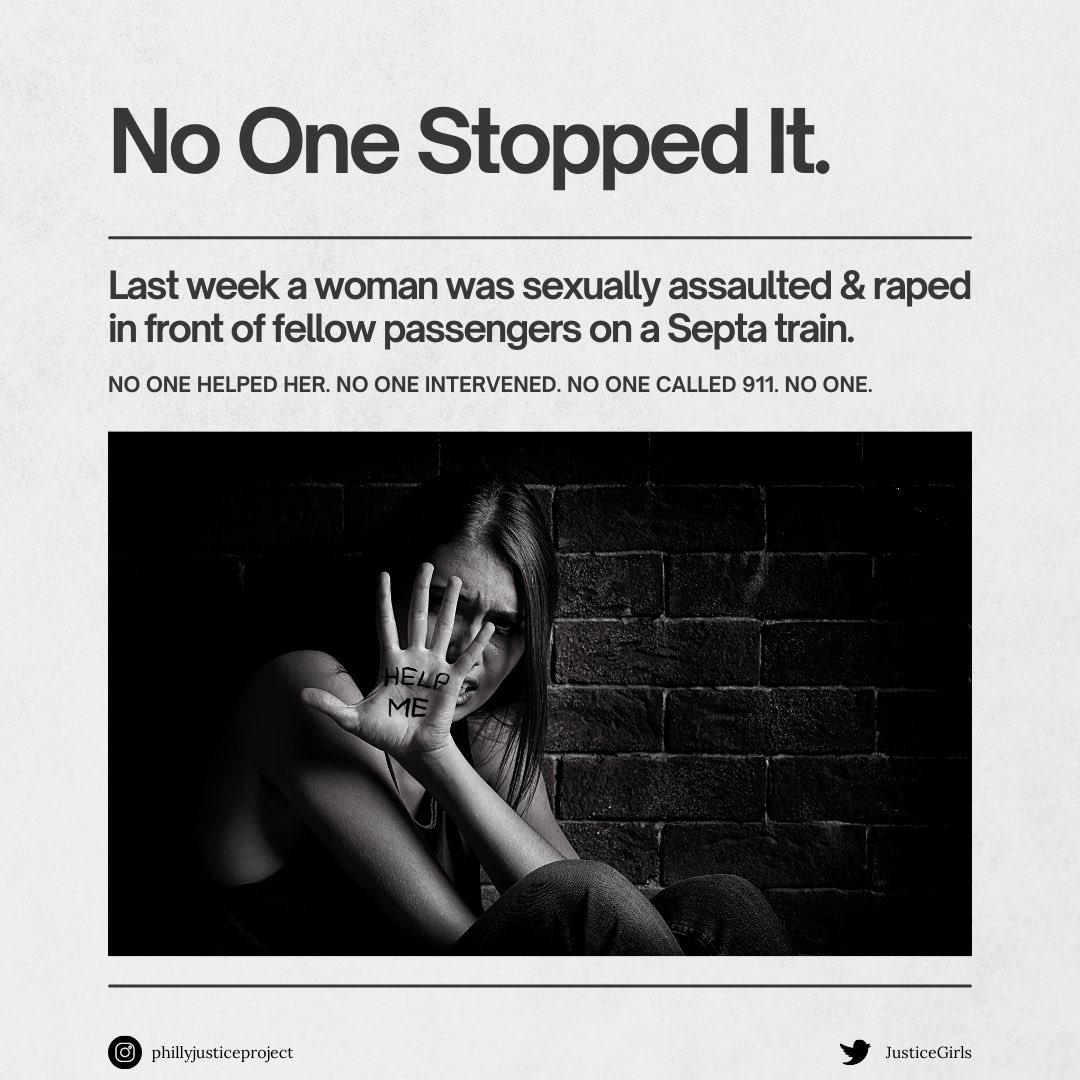 Bernhardt explained that it would be "very difficult to bring charges against those" who failed to do anything to stop the horrific incident that took place on October 13.

While it remains unclear why no one even dialed 911, the victim is cooperating with the police and remains in hospital.