The man's parents have stated that he and the young woman, who is trapped in the body of an eight-year-old girl, are only friends, despite the controversy surrounding their relationship.

Dan Swygart, who is 26 years old, has been reported to be in a romantic relationship with Shauna Rae Lesick, who is 23 years old, following their appearance on her reality television show in the United States. 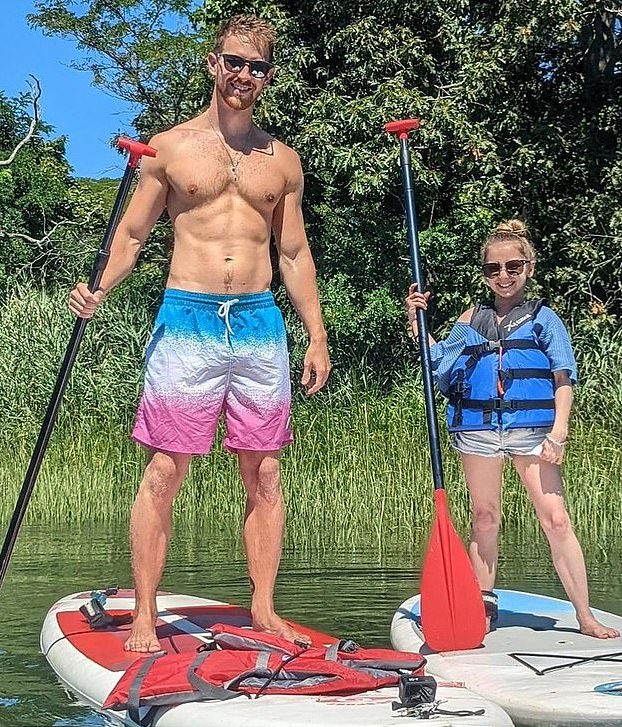 The British man has been criticized as a "creep" and accused of being attracted to Shauna, who is 3ft 10in tall, due to her resemblance to a child.

However, his parents, who reside in a small rural village in North Wales, have defended him by stating that their relationship is not romantic, despite being seen on dates on her reality TV show, I Am Shauna Rae, in the United States. 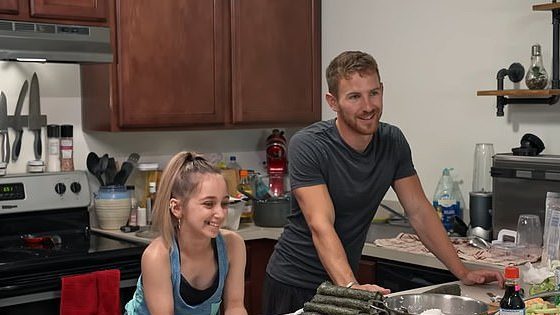 According to his mother Helen, who spoke to the media:

"Daniel rang me and told me the story has gone everywhere."

She added: "They are just friends. There is no relationship. 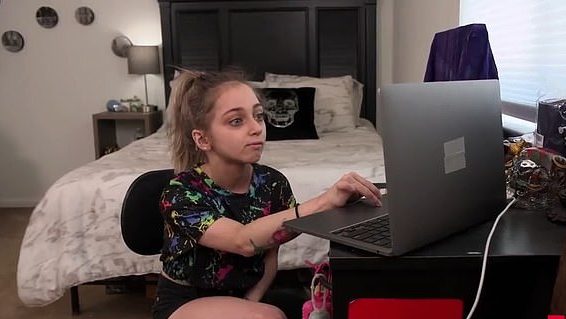 As he was putting away his skis after a day of skiing in the snowy Welsh mountains, his father Steven, who is 60 years old, said:

"He has appeared in their show and that's the extent of it.

"He looks at her and thinks she is a tremendous person despite her disability, she's only small." 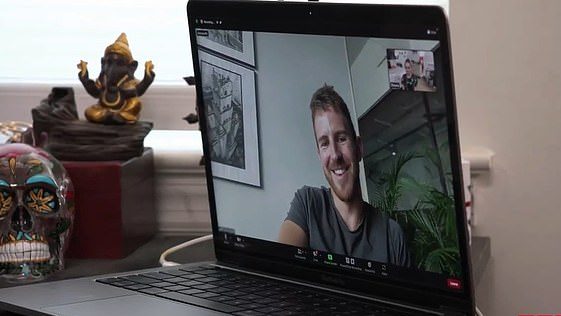 When asked if there was any romantic involvement, Dan's father stated: "I think that's extremely unlikely."

Dan and Shauna were featured together in a recent episode of her TLC reality show.

Her limited growth is a result of the brain cancer treatment she received as an infant, and her disability has made it difficult for her to find romantic relationships. 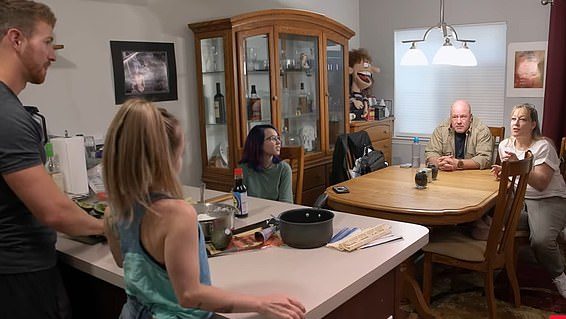 Some individuals have raised doubts about Dan's intentions, especially after Shauna's parents expressed their concerns over her youthful appearance potentially attracting a pedophile.

In a video posted on Instagram, Dan defended his date with the reality star. 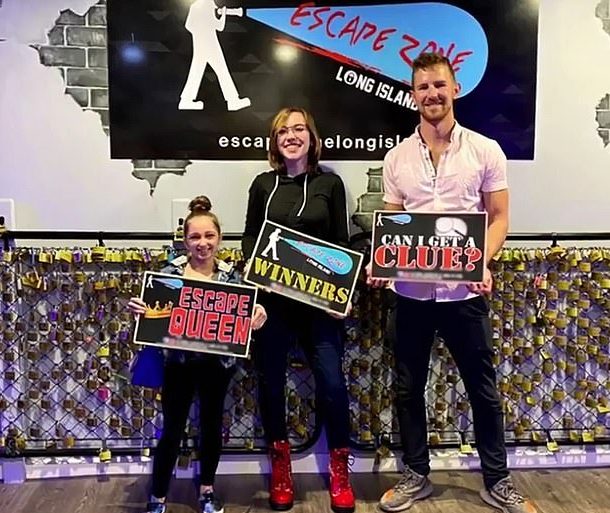 The Welshman explained that he developed his relationship with her based on "who she is as an individual," rather than her physical appearance.

"It's very important to remember that Shauna is an incredible 23-year-old woman who has a disability,' he said.

"So as you are building a connection with her, it's important to acknowledge her disability and look past that and build it with who she is an individual.

"She's this incredible, inspiring 23-year-old woman who just happens to be a little bit short."

In the video, Dan stated that he contacted Shauna after watching the first season of the show and being "inspired by her emotional strength." 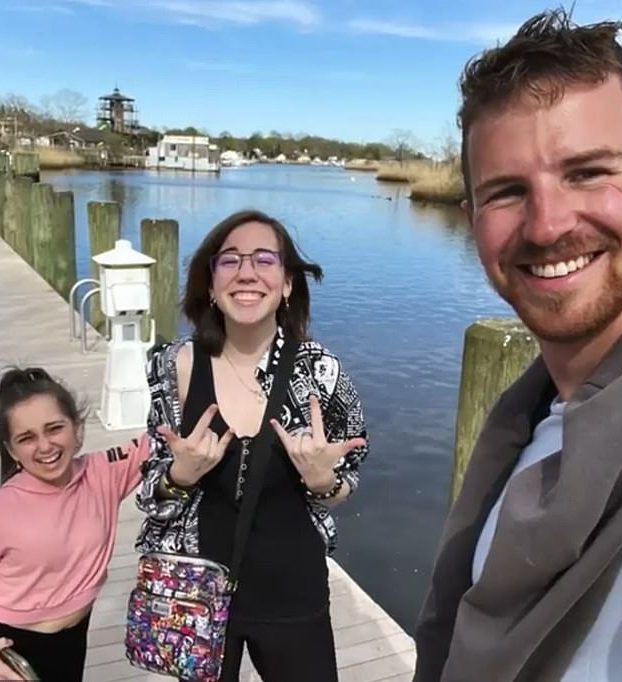 He then sent her flowers and a card that said: "Go live your best life. Wishing you all the happiness you deserve."

They began communicating through social media, and he eventually traveled to her hometown on Long Island, New York, where they went on several dates, all of which were featured on the show.

During the Instagram video, Dan acknowledged that he knew he would receive negative reactions when he agreed to appear on the series, but he found it "absolutely disgusting" and "dehumanizing" to Shauna.

On their first day together, the pair visited an aquarium and an escape room, and they were accompanied by her 18-year-old half-sister Rylee.

"Rylee and I were both very anxious because we didn't know what he wanted," Shauna admitted in the show. 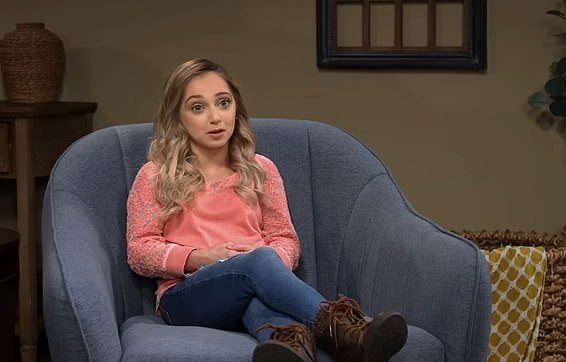 "He was also talking to both of us casually, so we didn't know who he was into."

In another episode of the show, Dan came to her house to prepare sushi rolls together.

She introduced him to her mother and stepfather, Patty and Mark Schrankel, who couldn't help but question him.

Patty questioned him on aspects such as how frequently they communicate, to which Dan replied that it was almost daily at that point, and what his intentions towards her were.

Although Dan appeared visibly uncomfortable during the questioning, he was candid about his desire to take Shauna with him on his travels around the world.

"I think Dan would be a really good match for Shauna because he's very smart [and] adventurous," her step-father told the camera afterward.

"Shauna's smart but not very adventurous. I think he could pull her out of [her] comfort zone but still make her safe."

However, many viewers have criticized the relationship as "weird", "concerning", "uncomfortable", "creepy" and "not appropriate."

"Sorry but the fact that he spotted her online and contacted her on purpose makes me feel uncomfortable since looks are usually the first and most important impression you get online," wrote one person.