When China introduced a punitive attempt to fight poverty and control population growth in 1979, some parents had to abandon their children. The law stated that each family was allowed to have no more than one child.

If any couple got pregnant a second time, they were forced to have an abortion or face serious financial penalties.

In that era, Kati Pohler was conceived, the second child her parents could not keep. They had to abandon her, leaving her on a bridge. But, they left a note saying that they hope she comes to find them in ten or twenty years - if she survives.

Fortunately, Kati was adopted and grew up under her adoptive family, who loved her very much, although they lived in Michigan.

Although the drastic policy was abolished, it was still active when Kati was born. Her parents hid the pregnancy because they did not want an abortion though they knew they couldn't keep her.

Kati was born on a houseboat, away from the prying eyes of authorities or anyone who could get them in trouble by reporting them. They later took the baby Kati to a secluded vegetable market and left her there but with a written note.

It read: "Our daughter, Jingzhi, was born at 10 am on the 24th day of the seventh month of the lunar calendar, 1995. We have been forced by poverty and affairs of the world to abandon her. Oh, pity the hearts of fathers and mothers far and near! Thank you for saving our little daughter and taking her into your care. If the heavens have feelings, if we are brought together by fate, then let us meet again on the Broken Bridge in Hangzhou on the morning of the Qixi Festival in 10 or 20 years from now." 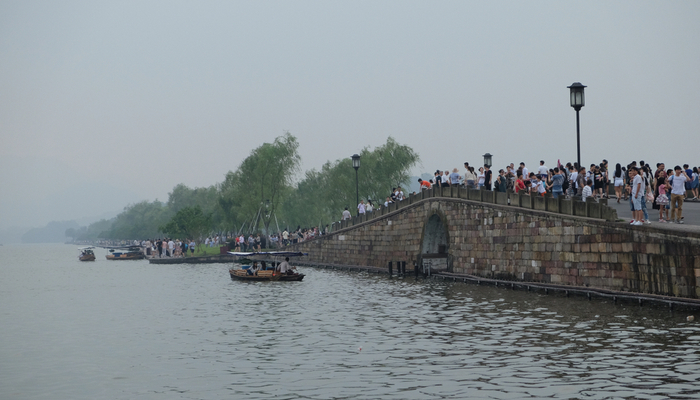 The Pohler family adopted Kati, and she grew up in a home full of love with two brothers. The Pohlers got the note and tried to keep the promise. When Kati was ten, they sent a friend to meet with Xu and Qian without Kati.

They said: "We didn't want to involve Kati in something as vague as this, but it was important to us that the birth parents knew their daughter was adopted by a family who loved her very much and provided her with a good home."

Xu and Qian waited at the bridge for hours but unfortunately missed the friend the Pohlers had sent. They later found out that he arrived just minutes after they left.

When the biological parents described the wait, they said it was "awful." They stood there carrying a sign with Kati's Chinese name and bits from the note they had left on her when they dropped her at the vegetable market just after she was born.

It was hard not to run up to every little girl they saw on the bridge that fell in Kati's age range. 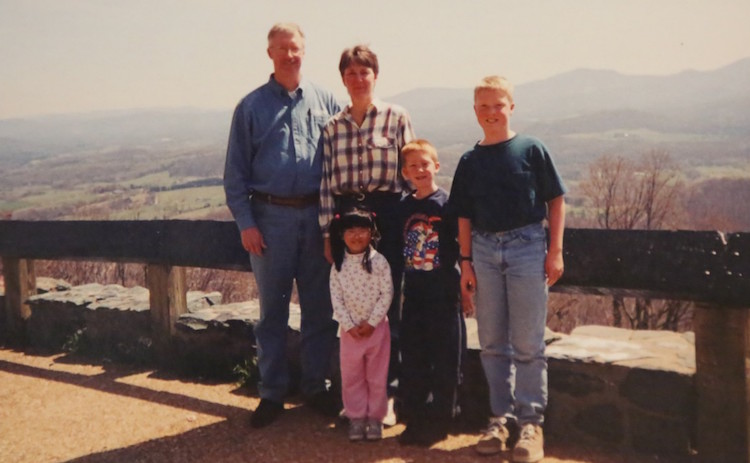 Luckily, things didn't end there. A local news station found out about the story and publicized it. As a result, Xu and Qian connected with Kati's adoptive parents.

They kept in contact for years, but when Kati turned 20, her parents told her about her birth and the note. The rush of emotions she must have felt can only be imagined.

Kati wanted to meet her biological parents, and the Pohlers were totally in support. After she had decided when she would like to meet them, she traveled to China.

On the eve of the Qixi festival in 2017, on Hangzhou's broken bridge, Kati met Xu and Qian. Kati could not speak Chinese. So, she traveled with translators and a film crew to document the reunion.

Her biological parents wept; tears of joy, tears of years lost. They wept over the loss of the family life they could have had and the daughter they had lost but now gained. 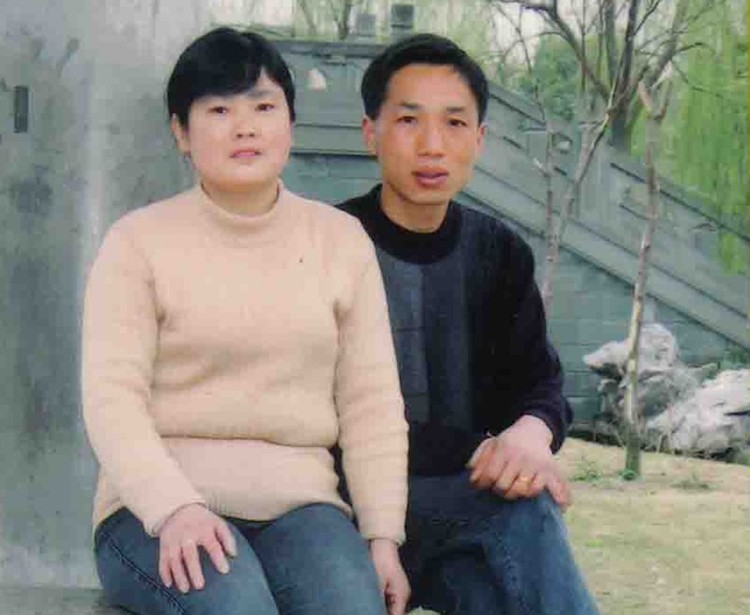 Kati's birth mother, Qian, said: "We couldn't communicate meaningfully since we don't speak English and she doesn't speak Mandarin, but we could tell she's a nice girl. But now that we have met her, we miss her even more than before."

It was a memorable experience for Kati as well. She said: "It was really nice to see them. I was surprised by how emotional my Chinese mom was. The first thing they said was, 'You are skinny, you've got to eat more.' If I didn't eat they would feed me. I guess they were just super-excited and missed looking after me for all these years."

She also got to meet her older sister. It was a rare opportunity for Kati because most adopted kids never got to return to their roots or even find out where they were from.