Pablo Escobar has gone down in history as the most significant drug lord in Colombia. But he was also famous for his impact on the political history of his country, as well as his many eccentricities. There is also the talk of more than 10,000 crimes attributed to him.

When we look for the name of Pablo Escobar in the history books, the first thing that always appears to us is his figure as one of the greatest, the biggest, drug traffickers of Colombia. The truth is that he was also one of the bloodiest criminals of the 20th century. 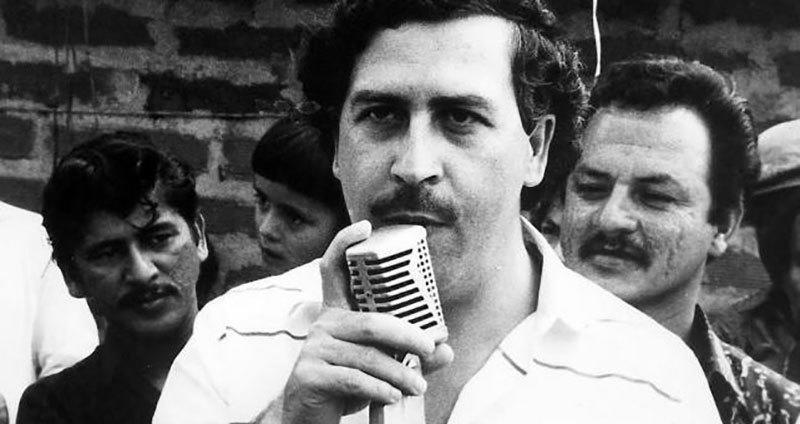 He was born Pablo Escobar Gaviria on December 1, 1949, in Rionegro, a small town less than 40 kilometers from Medellin (Colombia). Pablo was the third child of seven. He had three sisters and four brothers.

His religious family decided to name him one of the apostles of Jesus. He was his mother's favorite, and he was very spoiled as a child.

From an early age, he began to demonstrate his leadership skills and his vision to earn money at all costs. Initially, he rented bicycles or old comics to make his own "fortune."

In his adolescence, he associated with his cousin-brother Gustavo Gaviria who worked in a tombstone factory. The two boys traveled from town to town, trying to sell their product to relatives who had lost a loved one.

They soon found an illegal way to make the business prosper since they were dedicated to stealing marble tombstones from the San Pedro cemetery. At this place, the wealthy families of Medellin had luxurious pantheons, and the cousins sold them to recyclers. 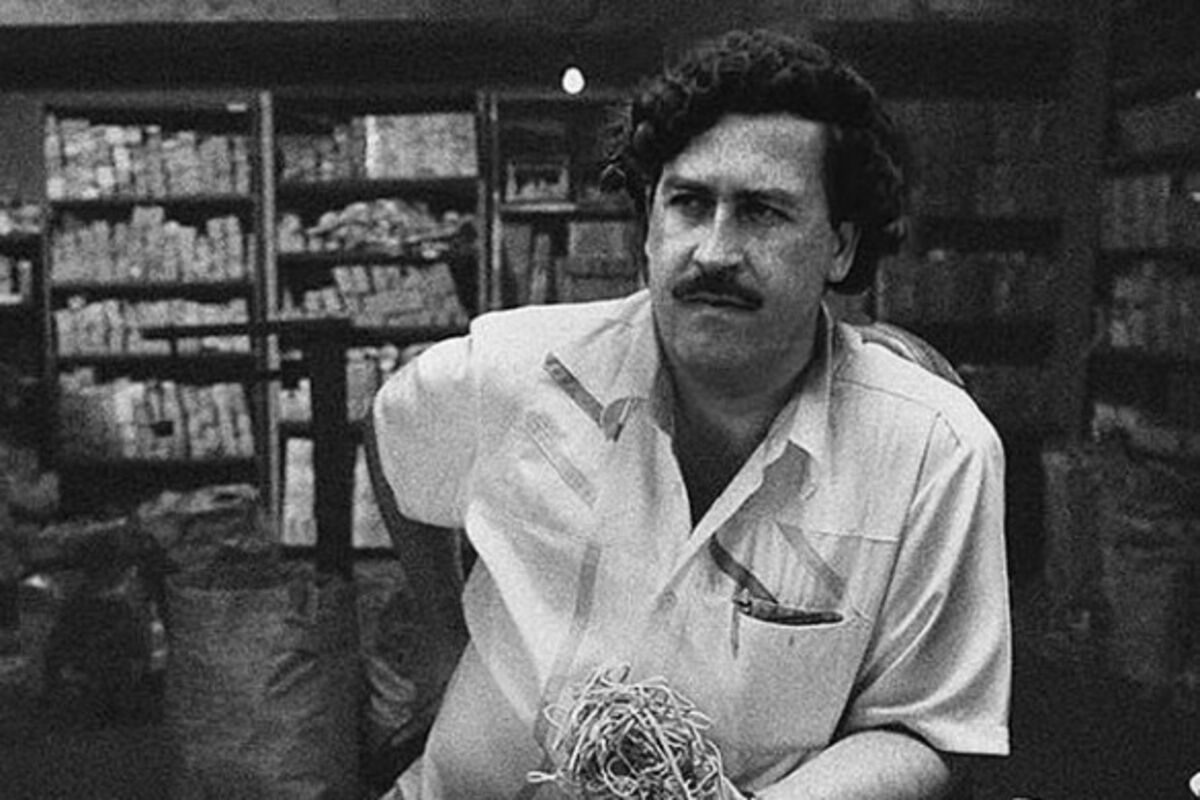 He took charge of a gang of thugs with whom he was looting cars and did some smuggling as well. That time marked the dawn of the massive export of cocaine from Colombia to the United States.

Seeing it as an opportunity, Pablo Escobar was determined to set it as a business for the future. He was not wrong.

So, he started a business that ended up being very prosperous for him and those around him. It generated more money than he could have ever imagined.

He began to work with his cousin-brother in the shadow of the smuggler Alfredo Gómez López (nicknamed "The Godfather" ). They were bodyguards for the large drug trucks that arrived in the city.

Perhaps the success of his early years resulted from his tenacity, and his level of brutality, even though he knew how to remain calm in extreme situations. But, above all, his greatest quality was his refusal to be tempted by the merchandise with which he traded.

During his first years together with Gómez López, he became a "fly," a person who places himself at the head of the caravan of vehicles loaded with drugs, bribing the authorities so that his companions are not in danger.

Pablo Escobar In The Formation Of The Medellin Cartel 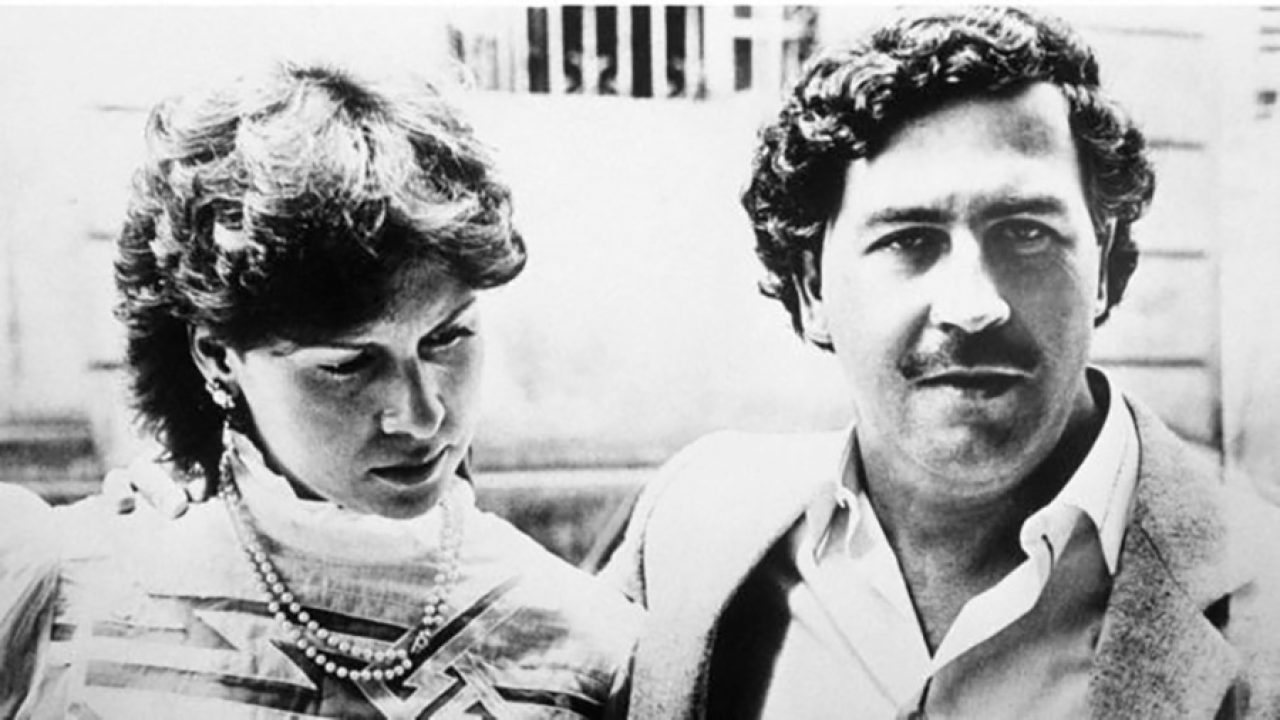 In 1974, two years after starting in the "empire" of drugs, he was already quite a name as a smuggler because he was in charge of taking the cocaine shipments to US soil.

In 1976 he expanded his business by building his cocaine processing labs. It was in that same year when the Medellin Cartel was formed. It was a criminal organization that encompassed an infrastructure divided into production, transportation, and sale.

An unstoppable period began when Pablo managed to control 80% of the drug traffic that entered the United States. At 29, he was an insanely rich man and thus fulfilled the promise he had made to himself as a child. It went something like if at 25, he did not have a million pesos, he would commit suicide. 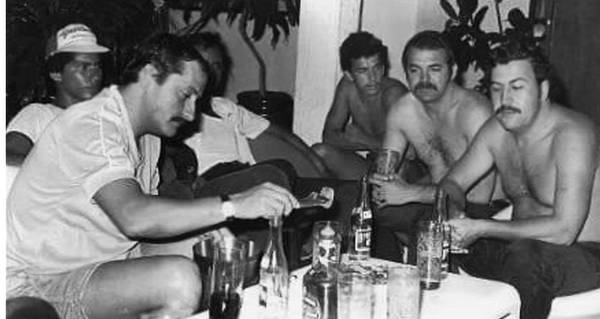 After becoming rich thanks to drugs, he turned to politics as his next field of action. His goal was to legalize or "cover up" his dirty business.

Escobar presented himself as a populist figure. The upper classes harassed him due to his social background and his attempts to help the poor despite his opulent lifestyle.

Escobar tried to stir up anti-establishment sentiment and win over disadvantaged communities by opening a public zoo, building 70 community soccer fields, and housing for the poor.

His social measures were very popular with the citizens. He was incredibly respected by the neighbors with whom he grew up.

However, these actions were not well greeted by his political rivals, who accused him of being a populist.

Despite everything, he achieved part of his goal by becoming, at 32, a substitute congressman for the Liberal Alternative party.

He failed to make his way through Medellín's upper social classes, who rejected his application to join the city's main social club.

Pablo Escobar's attempts to link with the political elite also came to an end in the early 1980s, when he was expelled from the Colombian Liberal Party. He was then removed from his seat as a representative in Congress.

These tensions increased in the mid-1980s when the Medellin Cartel declared war on the Colombian state. 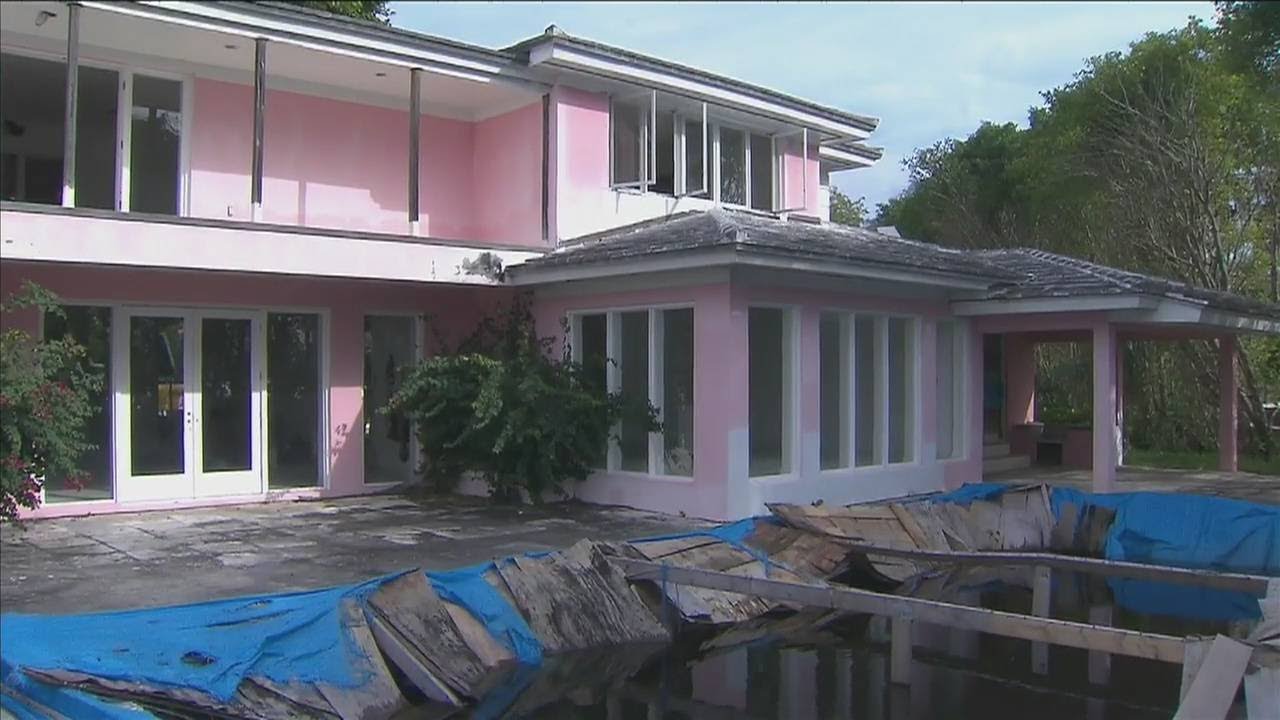 Unlike many drug traffickers today, Escobar was not afraid to flaunt his riches. By the mid-1980s, his cartel was estimated to be earning $420 million a week. He was included on the Forbes Billionaires List for seven consecutive years, between 1987 and 1993.

With so much money and success in his business, Escobar became an eccentric who also generated a multitude of legends.

What was true was the purchase of 7,400 acres in a town near Medellin costing about 50 million euros. This is where he built his house, the "Hacienda Napoles," where he even had a zoo.

The "Hacienda Napoles" became his "fortress." But it was also a place where alleged wild parties full of underage girls were held. Escobar was famous for having relationships with minors.

The Lives That Pablo Escobar Took 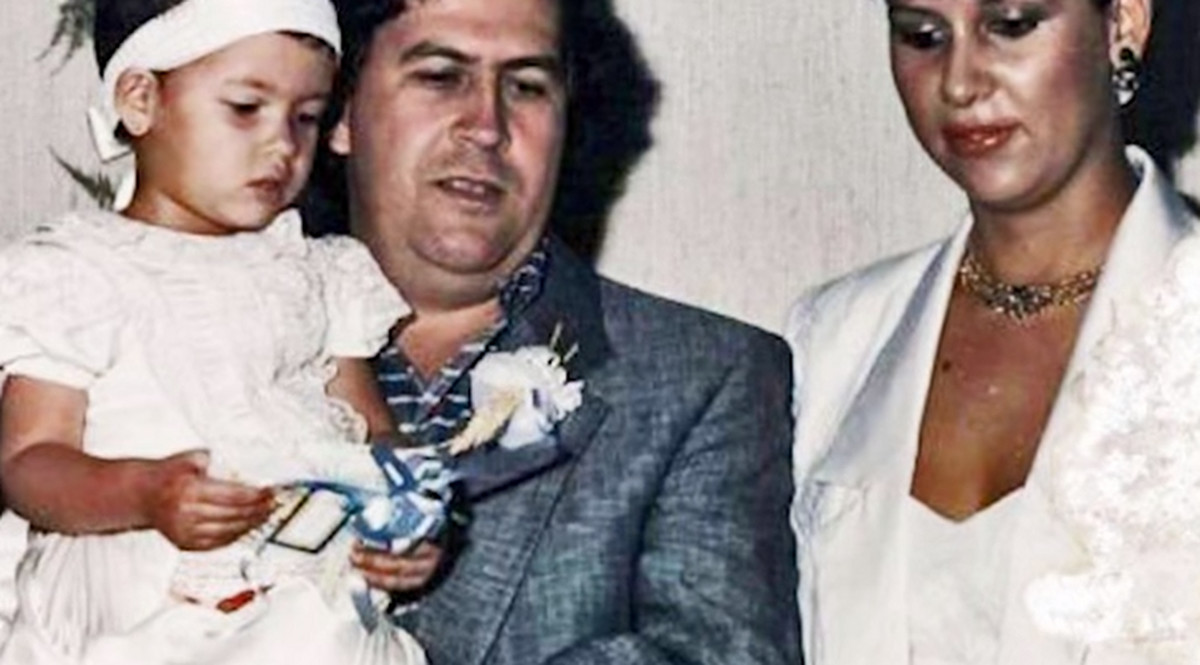 Pablo Escobar's biography is dark because his success and wealth were nothing compared to his cruelty.

With his coming to power, he turned Colombia into a place marked by drug terrorism. He fought against judges, prosecutors, police, military, and politicians. Anyone who opposed his reign of cocaine was eliminated by a "parrillero" (a person on a motorcycle) with a submachine gun.

Pablo Escobar used the word "Hagale" to have someone executed. This practice increased when Escobar was expelled from politics.

In time, and with great effort, the Colombian Minister of Justice, Rodrigo Lara Bonilla, managed to demonstrate Escobar's direct connection with drug trafficking. Lara Bonilla proved this, but it cost his life.

Rodrigo died in 1984, machine-gunned inside his car. The Colombian state immediately signed Escobar's extradition to the United States. In response, Escobar's henchmen murdered dozens of judges and police officers, as well as several journalists.

The violence shown by Escobar had no limit. It culminated in 1989 when he ordered an explosion of half a kilo of dynamite near the Department of Security administrative building. A total of 70 people lost their lives, and more than 500 were wounded.

That same year, "El Patron" blew up an "Avianca" plane mid-flight. He believed that the presidential candidate Cesar Gaviria was traveling on it. Gaviria stayed on the ground, but 110 people died.

At that time, justice attributed to him (directly or indirectly) the deaths of more than 10,000 people, a figure that earned him a multitude of unpleasant names among his enemies.

Pablo Escobar's Entrance In "The Cathedral" 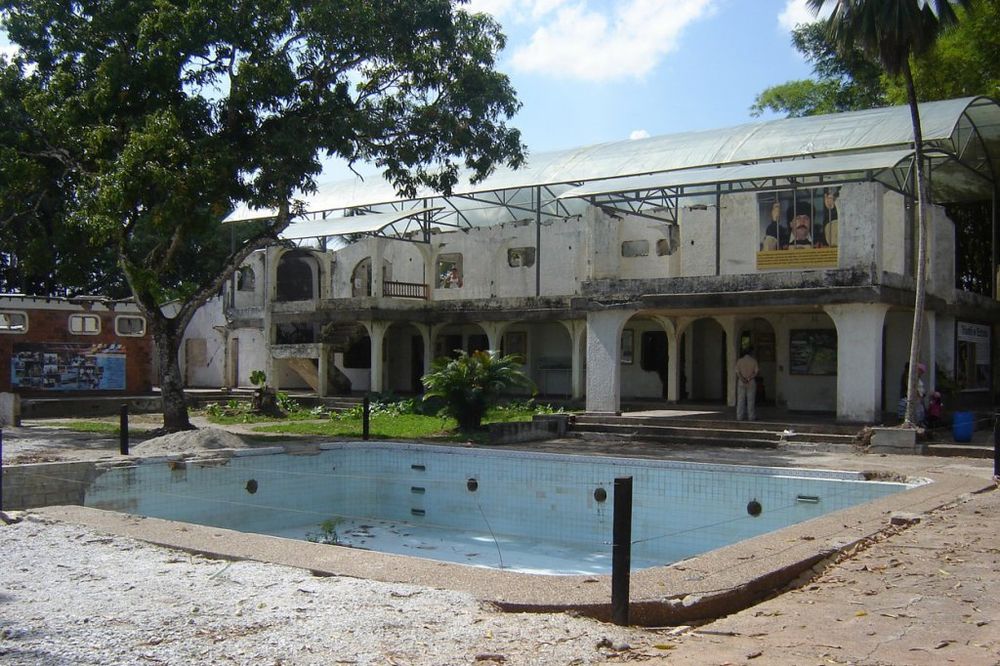 The DEA of the United States had Pablo Escobar as one of its most difficult criminals against whom it has fought. In 1979 they requested that Colombian criminals who had acted on their borders be extradited and tried in their country.

Although the rule was accepted in principle, the great wave of attacks perpetrated later by Escobar made the South American government reverse the measures. The president reached an agreement with the drug trafficker. They would only revoke the law if he turned himself in to the local authorities and ended up behind bars.

The capo accepted, although he made one condition - the prison would be built by him.

On June 19, 1991, Pablo Escobar entered "La Catedral," built for the incarceration of the capo but which was anything but a jail. A gym, a soccer field, several game rooms, and even a natural waterfall were some of the "comforts" that he had.

That was a prison in name only, since Pablo Escobar controlled the guards and even had a dollhouse built for when his daughter visited him. The capo used his first year behind bars to reorganize the Medellin Cartel.

He was not really locked up if we consider that he came in, went out, and the parties continued to be celebrated as in his hacienda.

The press discovered the story, and the government had no choice but to publicize about transferring "El Patron" to an actual cell. He escaped on July 21, 1992.

The End Of Pablo Escobar's Life 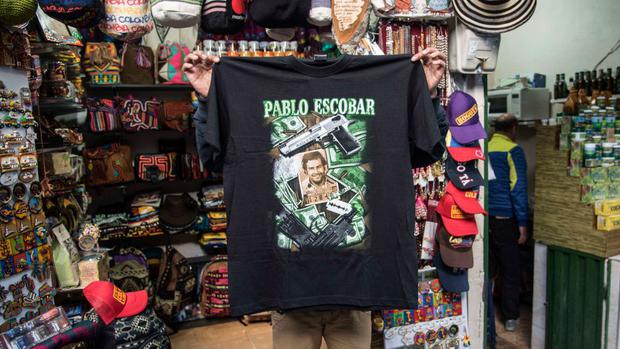 After escaping, the government created a special group with more than 500 men known as the "Search Bloc" to find and end Pablo's life. After months of continuous surveillance, on December 1, 1993 (a day after Escobar's birthday), the authorities prepared a special operation to catch him once and for all.

Eventually, Escobar's former criminal associates allied themselves with the government and gradually dismantled his empire. Escobar was gunned down without money or luck and with only one bodyguard.

It was not until December 3 that Escobar contacted his son. The authorities then discover that he was hidden in Medellin's semi-detached house in middle-class urbanization. They arrested him with Álvaro de Jesus Agudelo (alias "El Limon"), one of his best-known bodyguards.

Escobar did not give up easily, he tried to escape through the roof, but the police officers covering the back of the house shot with R15 rifles. The death of Pablo Escobar was mourned by many in Medellin.

Of course, such an ending did not mean the end of drug trafficking in Colombia. But it did mean the end of the time of the powerful cartels. From then on, no large organization came to take over most of the market or openly challenge the authorities.

The business became atomized and specialized, and its most significant leaders were less influential and remained discreetly in the background.