The Duke of Sussex was caught on photo sharing a touching moment with a grieving labrador while he was paying his respects to the late Queen.

The Duke and Duchess of Sussex arrived at Windsor Castle on Saturday and walked among the well-wishing crowds.

There are many royal fans paying their respect to the Queen following her death on Thursday. While Meghan Markle greeted the crowd, Prince Harry noticed a golden labrador pup lying by the fence.

He hunched down to pet the well-behaved labrador, and the dog owner captured the tender moment when the man and dog embraced each other on camera.

The sweet dog named Louis belongs to Sarah Gracie from Surrey. She uploaded the heartfelt photos on her Twitter account. 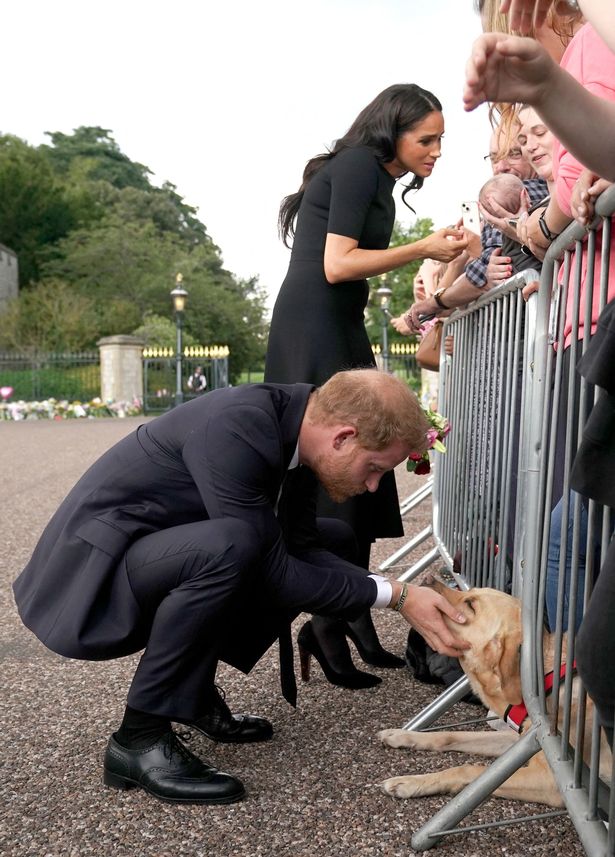 "When our little pup Louis met Meghan and Harry as we paid our respects to The Queen," she wrote in her first tweet.

According to Sarah, Louis is a dog who loves cuddling and interacting with people. She was delighted to have had the privilege to meet the royals and have them comforting her dog.

She described it as " witnessing a really beautiful moment at such a difficult time for them." 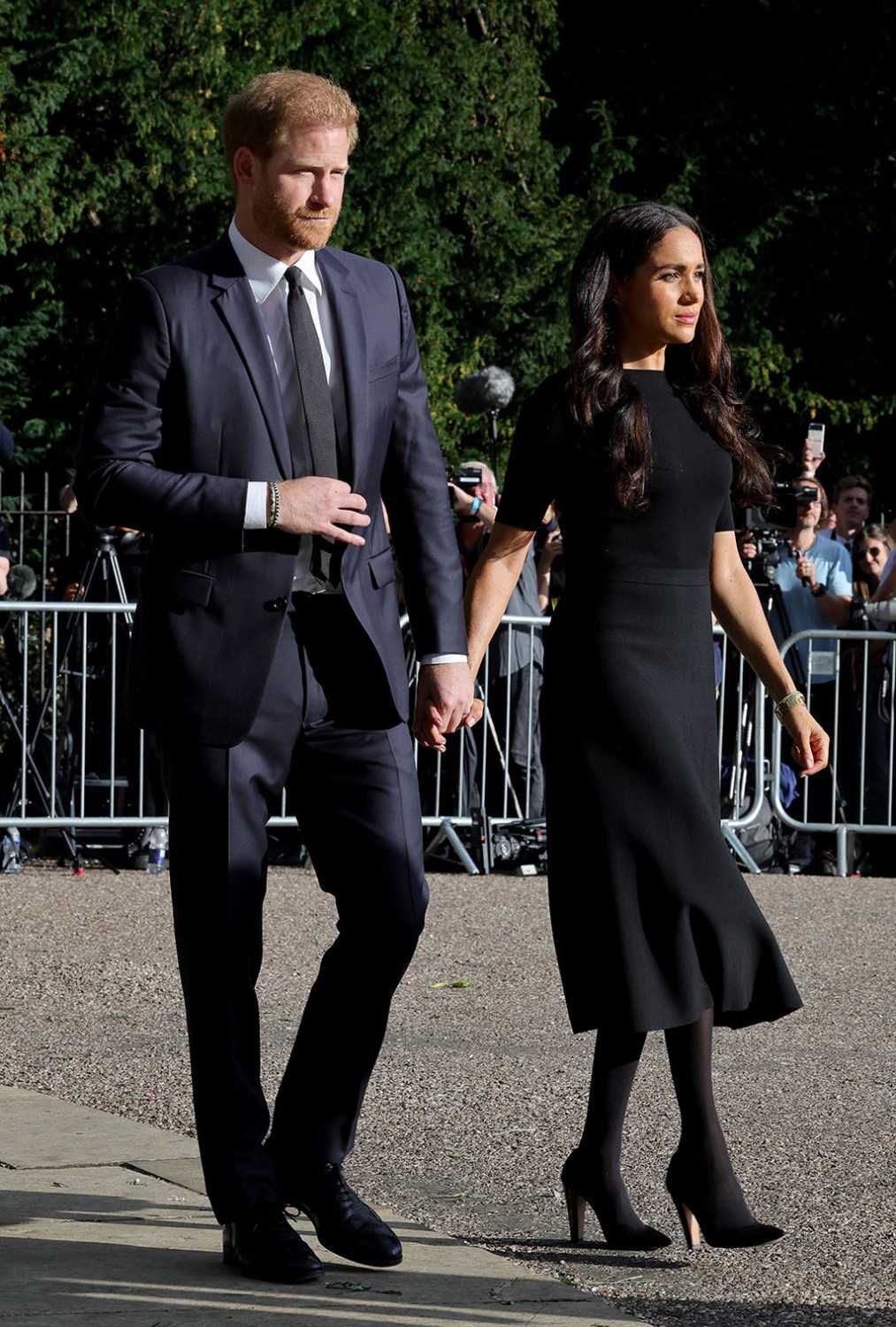 Internet users who saw her Twitter post took a moment to their hearts and left inspiring comments.

"Aw, I bet they needed that. Dogs make such a difference in stressful times," another one said.

Sara posted a second photo of the encounter and wrote, "Our darling puppy Louis with Prince Harry. Louis paying his respects as well." 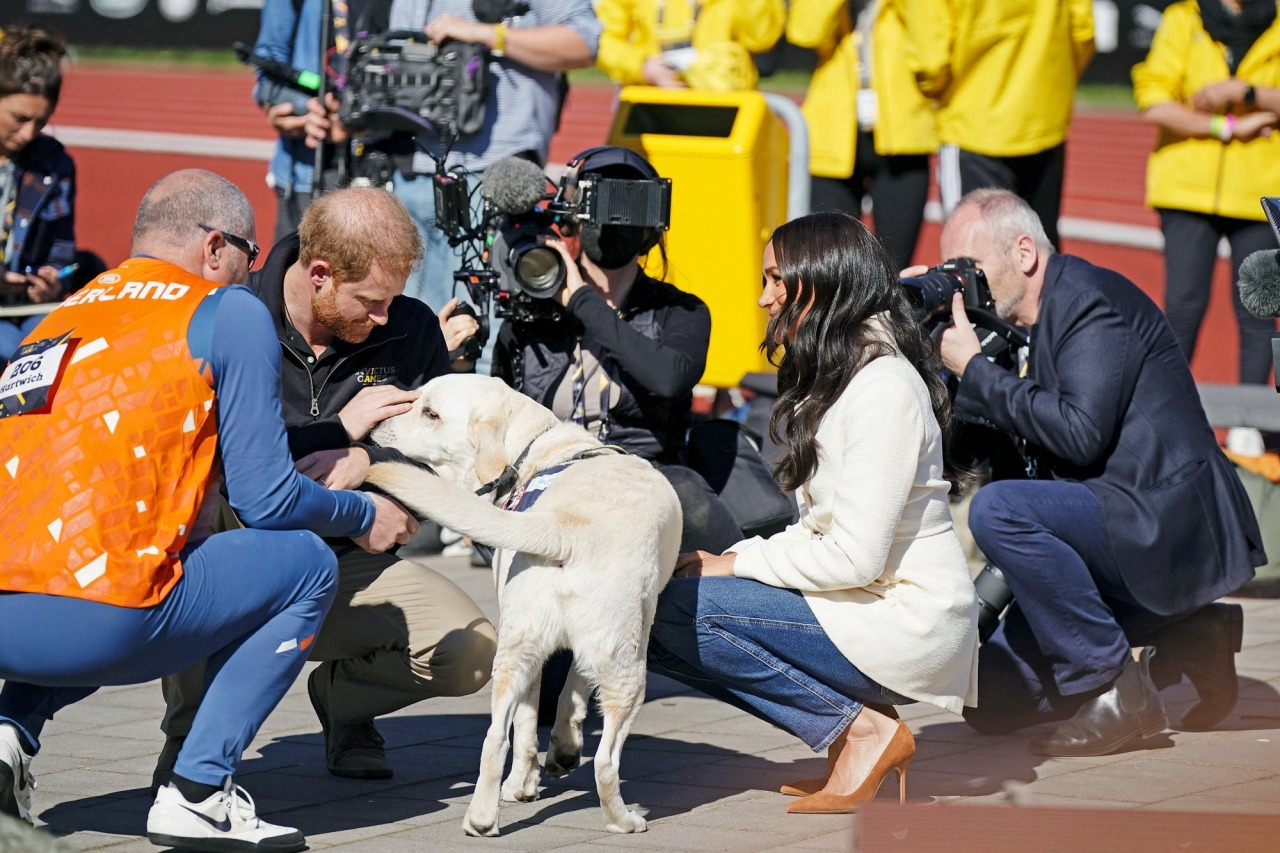 Internet users took the opportunity to share their love for dogs.

"I have never seen a better picture of someone who needed a dog's love," another thought.

Sarah was overwhelmed with the heartwarming comments and thanked everyone for spreading the love. 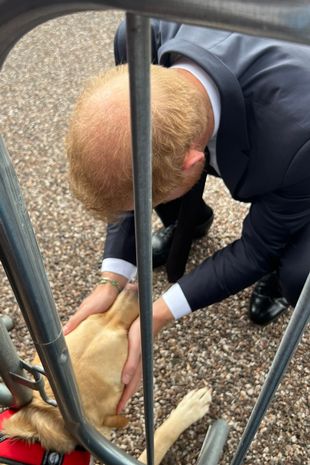 It probably did not surprise that Louis reached out to Prince Harry. Meghan and Harry are true dog lovers and the proud owners of four dogs, including a newly adopted seven-year-old rescued beagle.

The Sussexes other dogs are the Labrador-German shepherd mix Bogart, the beagle Guy, and the black Labrador Pula.