Most people know Oprah Winfrey as an unbelievably successful and popular talk show host. However, the famous host's life was not always so glamorous.

When she was 14, the self-made billionaire had a baby. However, rather than letting the experience undermine her ambitions, it helped her become the influential figure she is today.

Oprah had to overcome abuse and many difficulties in life to get to where she is today.

Oprah did not have the best life growing up. If anything, she faced more problems in her childhood than most people.

Born in Missouri, Oprah suffered from sexual abuse at the hands of her family members. Initially, she was raped by her 19-year-old cousin when she was just nine.

The relative would keep abusing her for the next four years, and two additional family members would also start abusing her.

When she was 14, the now-popular talk show host and the owner of O Network got pregnant.

Once she found out she was pregnant, she felt so ashamed. She hid the pregnancy, but her swollen ankles and belly revealed the truth.

At the time, she was full of fear, scared that she would be expelled from school.

The future talk show host was afraid that her life had been destroyed.

Eventually, she had a premature birth.

Unfortunately, the baby did not make it. The infant died soon after birth at the hospital.

Her father, who lived with her after Oprah's mother sent the girl to him, told her while they were still in the hospital that she had been given another chance. This was an opportunity for her to start afresh.

She still remembers the words her father told her at the time:

"What you have done is in the past, and you alone get to determine what your future will be."

She Stayed Fearful Of Her Past 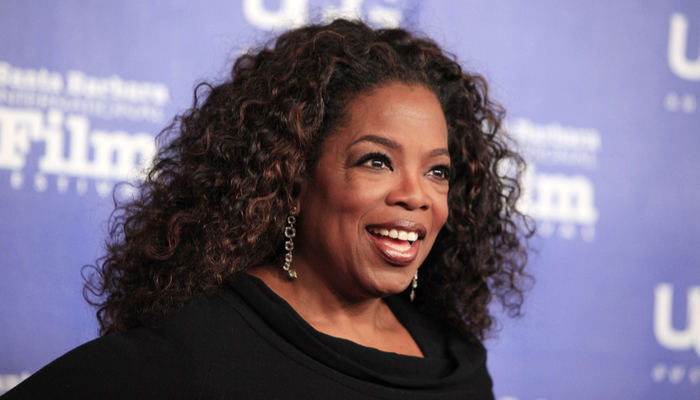 After the teenage pregnancy, Oprah was determined to make something of her life. However, even though she was driven to become something big, her past kept her fearful.

She had fears about the secret of her past life even as she started her new life. Oprah felt that if anyone discovered what had happened to her in her past, they would want her out of their lives.

In the end, a day came when everyone learned about her dark secret. During the 1990s, her sister was paid $19000 by the tabloids to reveal Oprah's secrets.

After the revelation, Oprah felt that her career had ended. She felt that she would get the "bad" girl tag, ruining the name she had made for herself.

She was also sure that whatever she had created would come crashing down.

Following the revelation of her past, she got in bed and cried for three days. The incident left her feeling wounded, devastated, and betrayed.

Oprah was wondering why her sister would do this to her. She felt that whenever she would be on the street, people would point fingers at her and scream:

To her surprise, nobody said anything. Strangers or even people she knew did not say anything, and she was left in shock.

She also realized that nobody was treating her differently. For over 20 years, the reactions she expected from people after learning about her past never came.

Oprah started to feel that having the secret out there was actually liberating. She also realized that she was unnecessarily burdening herself by holding on to the shame she felt.

Oprah Decided To Open Up About Her Past

Once she realized that people did not react to her past as she thought they would, she decided to talk about her experience in her magazine. She also addressed the issue on her TV.

She realized that keeping her past a secret was hurting her. Oprah also concluded that sharing her story would help inspire people with similar childhood trauma to feel liberated.

Oprah felt that her story would help many people see that they could overcome their past.

Due to her experience, Oprah stayed childless. After her marriage, she thought she might have kids, but that never happened.

She also spent years talking to people who had undergone incredible struggles in their lives after becoming parents before they were ready. This made her conclude that parenthood was not something she wanted.

The talk show host realized she was interacting with lots of messed-up people. She knew these people were messed up because their parents did not know how serious parenthood was.

She deeply appreciates women who choose to stay at home with their kids. Oprah does not understand how anyone can do that all day long, and she does not think she is capable of doing what these women do.

She also said, "Nobody gives women the credit they deserve."

Oprah focused on being as good as she could as a journalist, which turned out to be incredibly successful. She also started a school for impoverished girls in South Africa, referring to the students as "daughters."

These girls may have fulfilled any maternal desires she might have had. She has said that she has not had any regret about her decision to start school.

She feels that the institution helped her do what was best for her, in addition to meeting a "maternal fold" she might have had.

"Those girls fill that maternal fold that I perhaps would have had. In fact, they overfill — I'm overflowed with maternal."

Instead of raising her daughters, Oprah used her money and influence to launch Oprah Winfrey Leadership Academy for Girls in South Africa. Her goal is to give every girl who attends the institution a better life.

Without a doubt, what she has achieved is worth celebrating.