Have you met Ted?

For nine years, we watched How I Met Your Mother, anxiously awaiting to meet the one that finally stole Ted's heart. In the process, the show managed to become more than a typical sitcom.

Part of the fun was How I Met Your Mother easter eggs. Some were more obvious, like colors; others were borderline uncatchable, like Lily's necklace.

Here are some of the best moments that carried hidden messages, and only the biggest fans were able to catch them. If you aren't among them, it's time to go hunting for How I Met Your Mother easter eggs. And enjoy the gang's journey.

The fan-favorite couple married while Sandcastles in the Sand was playing. Robin and Barney also first started making out while listening to this Robin Sparkles hit song.

It's a break up song, so it was another way to let us know that Swarley and Sparkles won't end the show together.

The show within one scene

While we were all focused on the fab four's lives, there was a whole life going on in the background.

In one episode, you can see an unknown couple dating, having a baby, and growing old. It all happens while the group was having one of the meaningful conversations at MacLaren's. 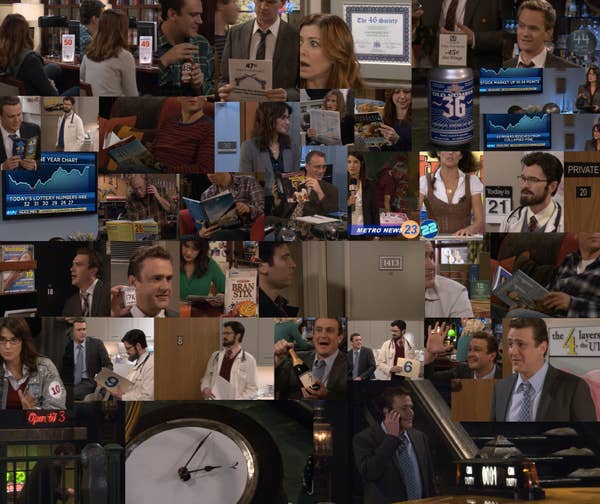 Marshall and Lily were busy trying to get pregnant. The episode included a countdown from the number 50 to zero. Seems innocent enough, but it was anything but.

The number zero comes at the exact moment Marshall's telling Lily that he's healthy and ready to have babies. Lily tells him that his dad passed away. Segal didn't know about the passing, so his emotions were genuine.

Barney wasn't into suits that much 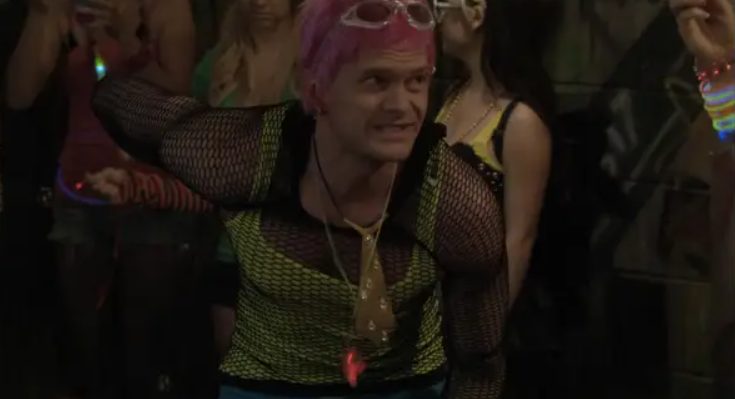 It was always about the ties! Barney even had one when they went to a rave over his costume. 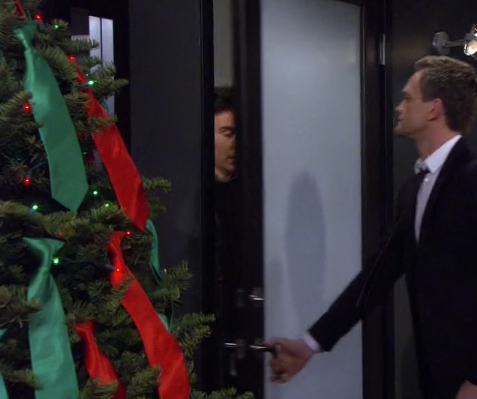 He had a Christmas tree of ties in an episode celebrating the holiday. Sure he sang about suits in Girls Vs. Suits, but we know now that he was able not to suit up. Yet, the ties were always there. 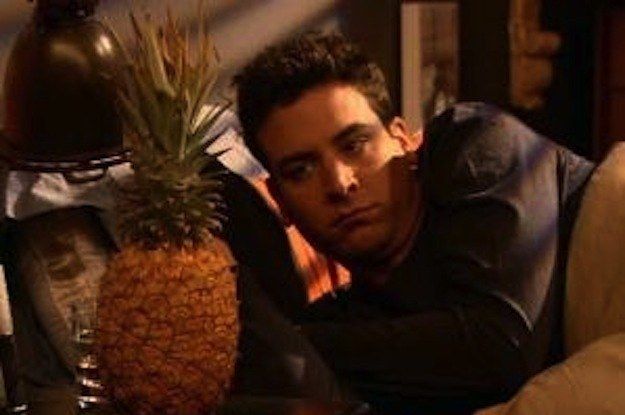 In a deleted scene there's a bit more about the pineapple incident.

Remember Ted waking up next to a pineapple? Well, it seems it was not as random as we thought.

Later, the Captain said that a pineapple represents good luck, and he keeps one in each of his homes. Perhaps it was random, and yet, Ted managed to find the love of his life. Perhaps all thanks to that one strange pineapple. 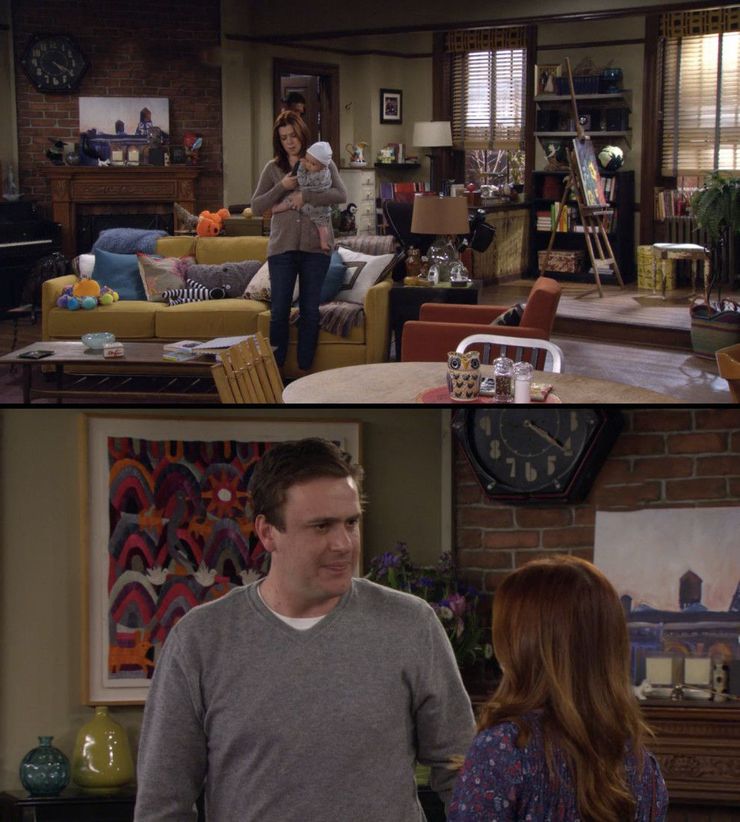 The clock in Lily and Marshall's apartment always reads 4:20. It's a nice metaphor for the show's ending.

Though many of us still dislike that Ted and Robin had to end up together, it was meant to be. Tracy wasn't just a plot. She was a destination. But Ted's journey was always with Robin.

We weren't quite sure how to explain the doppelgangers, though at first, it was random and funny.

But, if you take a closer look, all of the doppelgangers were, in fact, some parts of the original characters. Yes, even the stripper Lily, because at one point, she did break away from Marshall and wanted more than marriage.

When Ted and Robin kiss for the New Year's, we hear La Vie en Rose. A few years later, Ted saw Tracy, and guess which song she played on her ukelele?

Some suggest it's all Ted and his way of looking at life through rose-tinted glasses.

You just got slapped 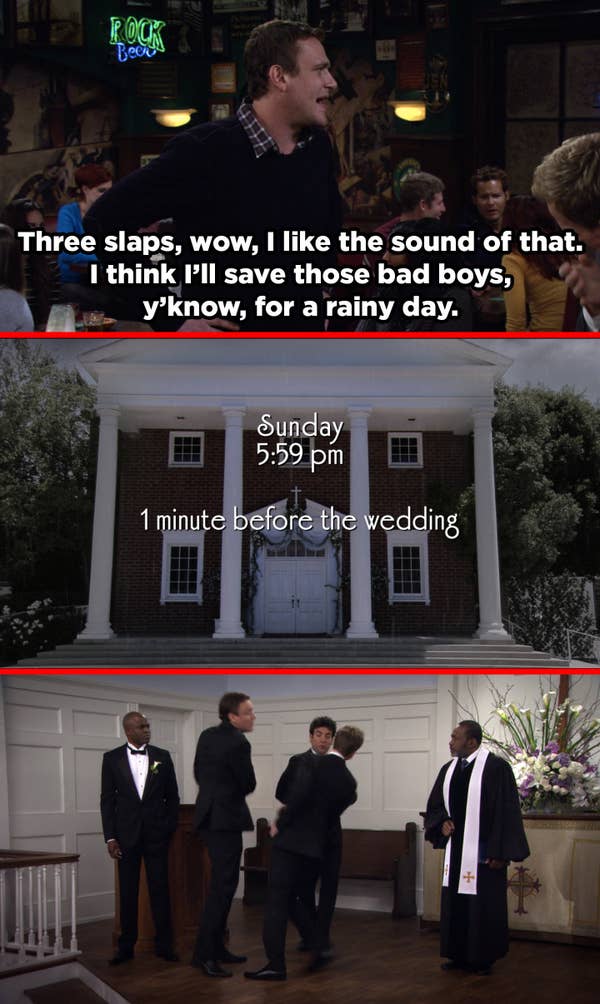 Before the final slap, Marshall told Barney that he's saving it for a rainy day.

Fast forward a couple of years, Barney is marrying Robin and having a panic attack. It's raining, and Marshall kept his promise. He slapped Barney when he needed it, and it was raining. That rain also foreshadowed the future of the couple. 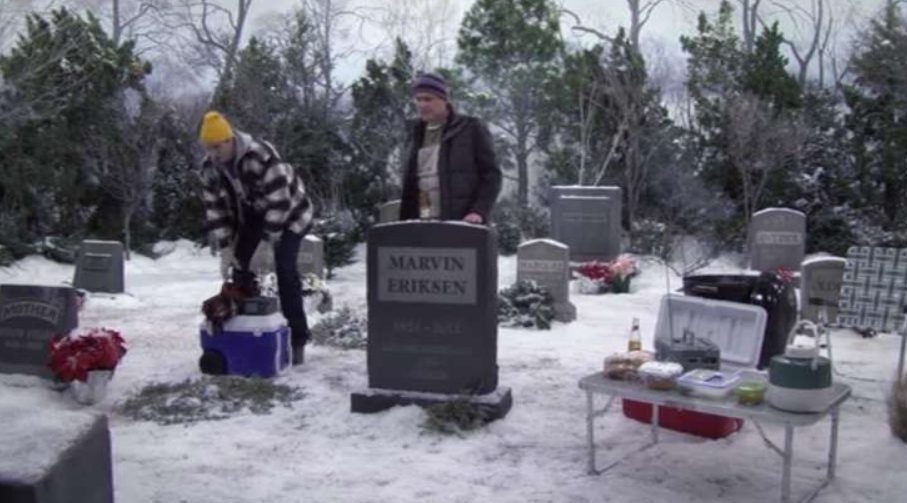 When Marshall visit's his late father's grave, the one next to Marvin's is labeled Mother. Yes, indeed, the writers knew that the mother would die, and Ted and Robin were the endgames.

We may not like it, but at least it's consistent.

Enter Zoey in season 6. She was Ted's enemy turned girlfriend. In one shot, you can see her wearing the exact same jewelry piece. Yup, the writers used their props wisely!

Ted goes clubbing on St. Patrick's Day. Yes, he was a total fool, but he regretted it. Plus, it was the whole No Tomorrow concept, so we're good.

The club's name was Low Point, a reference to where he was in life at the time. 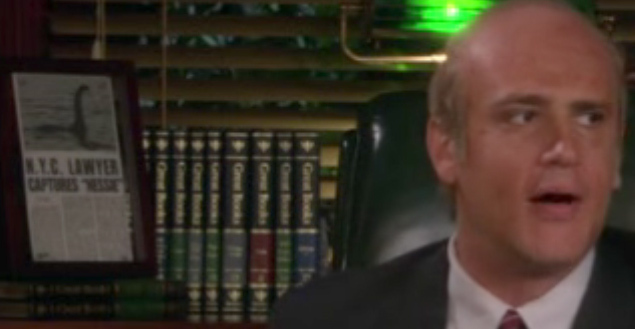 The headline in a flash-forward to 2029 shows that Marshall captured the Loch Ness Monster. Their Nessie.

It was one of those things that only Lily and Marshall fans understood, making their love story even more wholesome.

Another easter egg in the song

When Ted finally meets the mother, Tracy, there's a lovely song in the background.

It's way less nice when you know that it's called Funeral, performed by Band of Horses.

The writers really did their best to let us know that the mother isn't going to live.

Love in the Time of Cholera 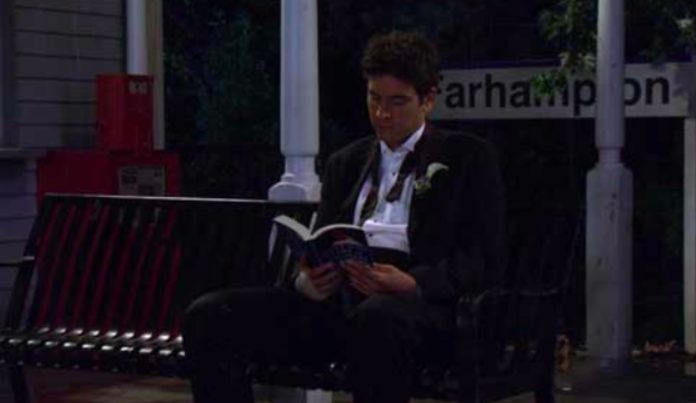 Ted's favorite book is pretty much the story of him and Robin.

Well, not exactly, but two people fall in and out of love. Later in life, they are finally ready to be together. But there's more.

Just before Ted met Tracy, he was reading that book. In the book, a husband dies, but still... That foreshadowing is epic! 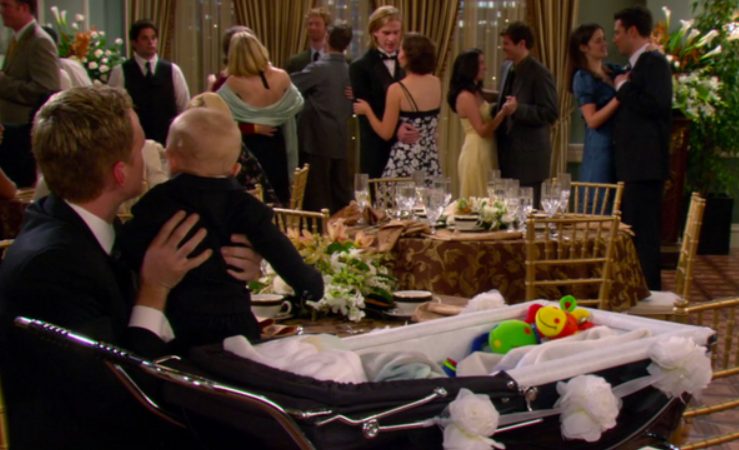 While Ted and Robin are dancing in season 2, Barney's holding a baby and watching. 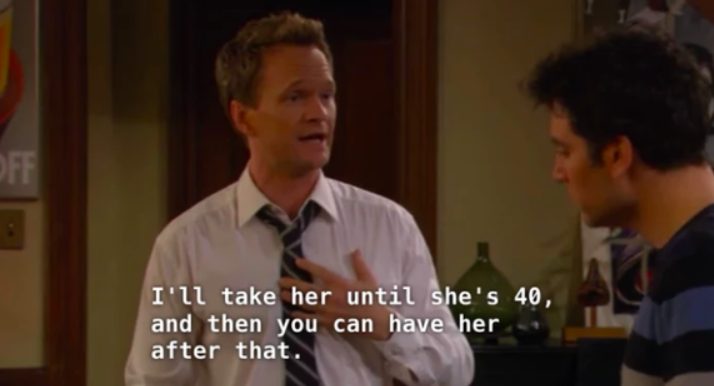 Over two decades later, Ted finally has Robin, and Barney's a happy father. And since he told Ted he could have Robin after she's 40, all is good. 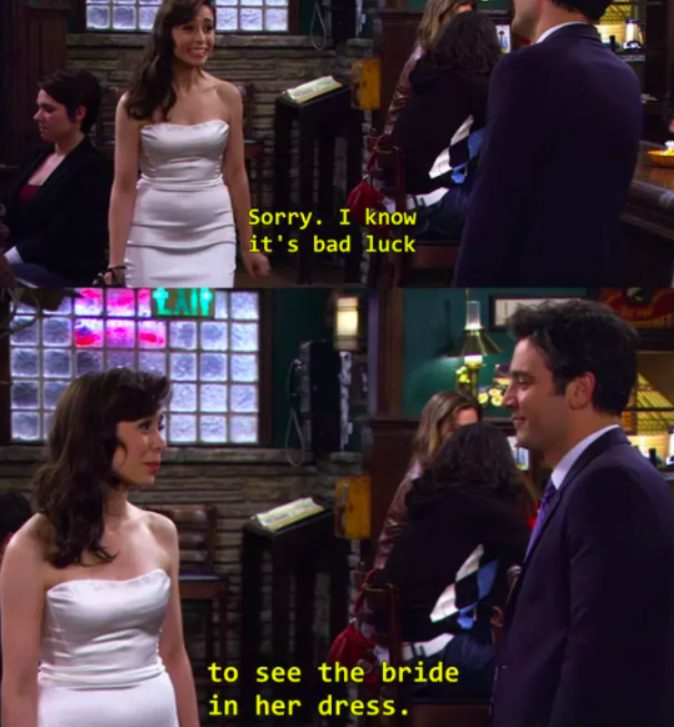 Ted saw Tracy just before the wedding. Of course, it was not all bad, since they got two kids and a great life together. But sadly, it was way shorter than they imagined.

Of course, by now, you understand the importance of colors and some How I Met Your Mother easter eggs in all their shades. 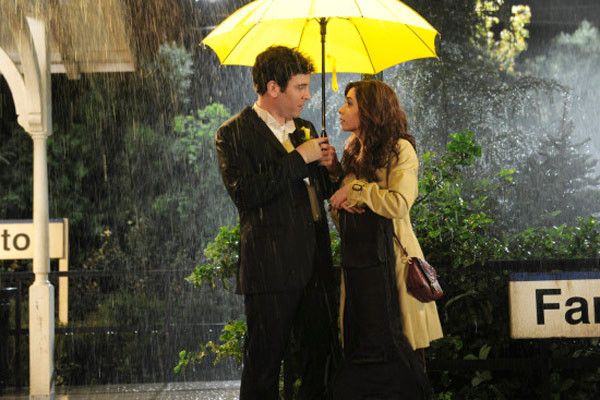 According to the color theory, yellow meant joy for Ted. It expressed a happily ever after.

Ted spent years pining for Robin, but her color was purple. Purple was the opposite of happiness for Ted, until the very end. 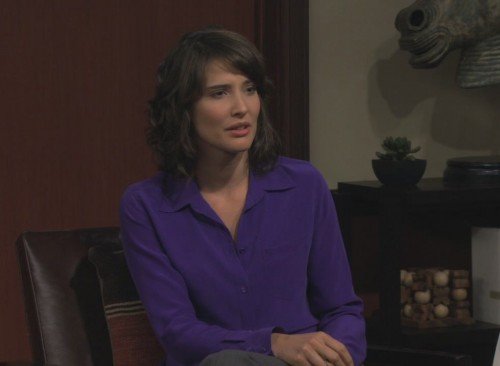 In season 7, Ted and Robin decided that their romance had no future. They were wearing purple.

The opposite colors represented two sides of Ted's life. The one he needed, yellow, and the one he wanted, purple. As in Purple Giraffe, the name of the second episode of the series ever.

Now that we've gone through memorable moments that were carefully hidden in the show, we have to rewatch it. If you're going hunting for more How I Met Your Mother Easter eggs, you know it's going to be legen-...

HIMYM brought us laughter, tears, and sandwiches, despite starting off as Friends 2.0. The show showed warmth, and characters who were far from perfect. Yet their imperfections made the emotional rollercoaster more relatable.